When he was first unveiled, Breath of the Wild’s Link was immediately highlighted for his feminine appearance. Some people even assumed we might be playing as Zelda throughout our next adventure in Hyrule. Surely Nintendo would never entertain such a lofty departure from series tradition, even with an entry that would inevitably take the franchise away from its tired formula and establish it as a modern open world masterpiece.

Sadly, the truth behind Link’s gender was infinitely more predictable, but this theory sparked so much inclusive discussion around where the series could go in the future. Upon its reveal, many hoped that Zelda would finally be introduced as a playable heroine in Breath of the Wild 2, and not relegated to a damsel in distress only to be imprisoned and inevitably saved by our male hero.

Unfortunately, the latter seems more plausible, although I’m convinced the narrative is holding a number of secrets we’ve yet to see uncovered. This extends to Link himself, if that’s who we’re really seeing in the new trailer. In the latest footage, we see Link in his traditional blue garb and another potential protagonist who is only ever viewed from the back, their face obscured from view alongside a haunted arm that is capable of all manner of magical powers. Is this Link? Is it Ganon? Could it even be Zelda? The answer eludes us. 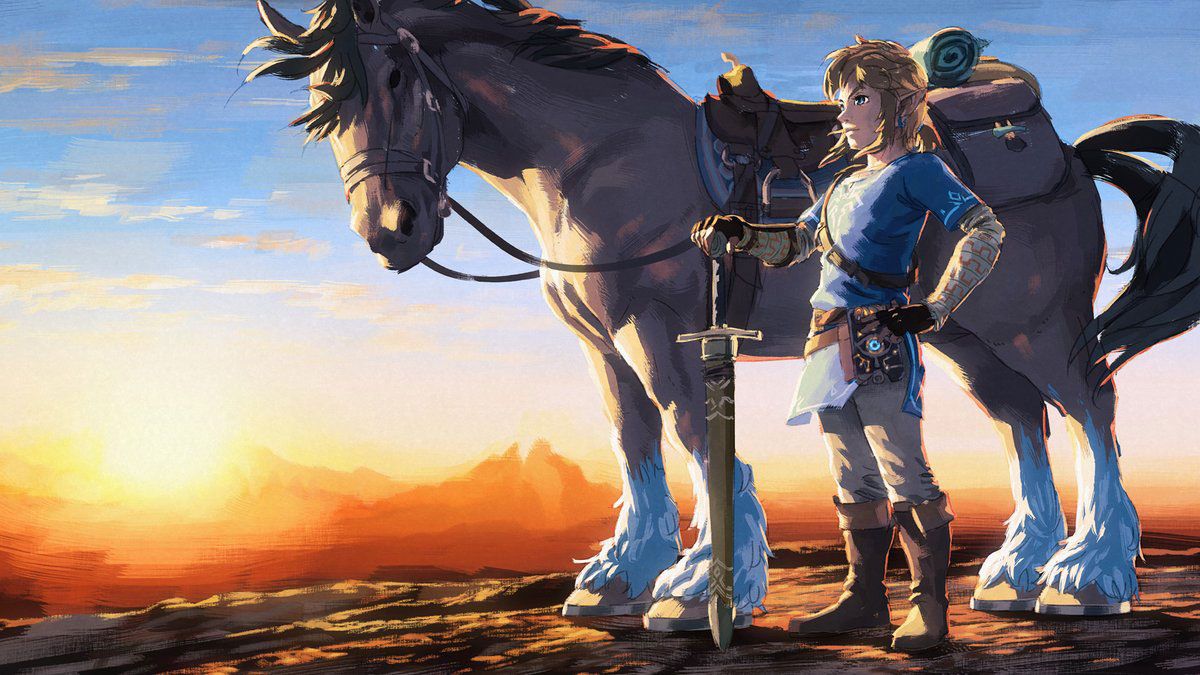 However, such a mystery only further exemplifies Link’s status as a gender neutral icon in Breath of the Wild. Ever since his initial reveal, the hero has been viewed from an androgynous perspective, and this extends to his physique, voice, clothing, and overall approach to the world in which he exists in. I’ve seen headcanons in fanfics and art which present Link as a transgender man or woman, or simply an individual who doesn’t abide by any form of recognisable gender. He’s just Link, and that’s a beautiful thing.

He stumbles out of the shrine of resurrection naked as the day he was born, picking up a simplistic outfit from a nearby chest before wandering into the wider world in search of purpose. Your objective in Breath of the Wild is to save Hyrule, but exactly how you get there and whatever vision of Link you decide to craft to achieve such a goal is entirely up to you. Speedrunners would waltz into Calamity Ganon’s castle without changing from the default outfit, while more considered players would assemble a collection of weapons and armour perfectly suited for any potential situation they might come across.

I’m all about fashion in Breath of the Wild. I’ll abandon the safety of high physical damage protection and elemental resistance in favour of looking cute as hell, and there’s nothing you can do to stop me. I’ve brought this up before, but my primary style throughout much of the original game was the Gerudo Outfit. This garb is obtained by Link before infiltrating the desert city, helping disguise him as a woman amidst a society where men simply aren’t welcome. Upon trying it on, Link is told he makes for an awfully cute girl, blushing and looking away as he finds himself in such an unexpected position. 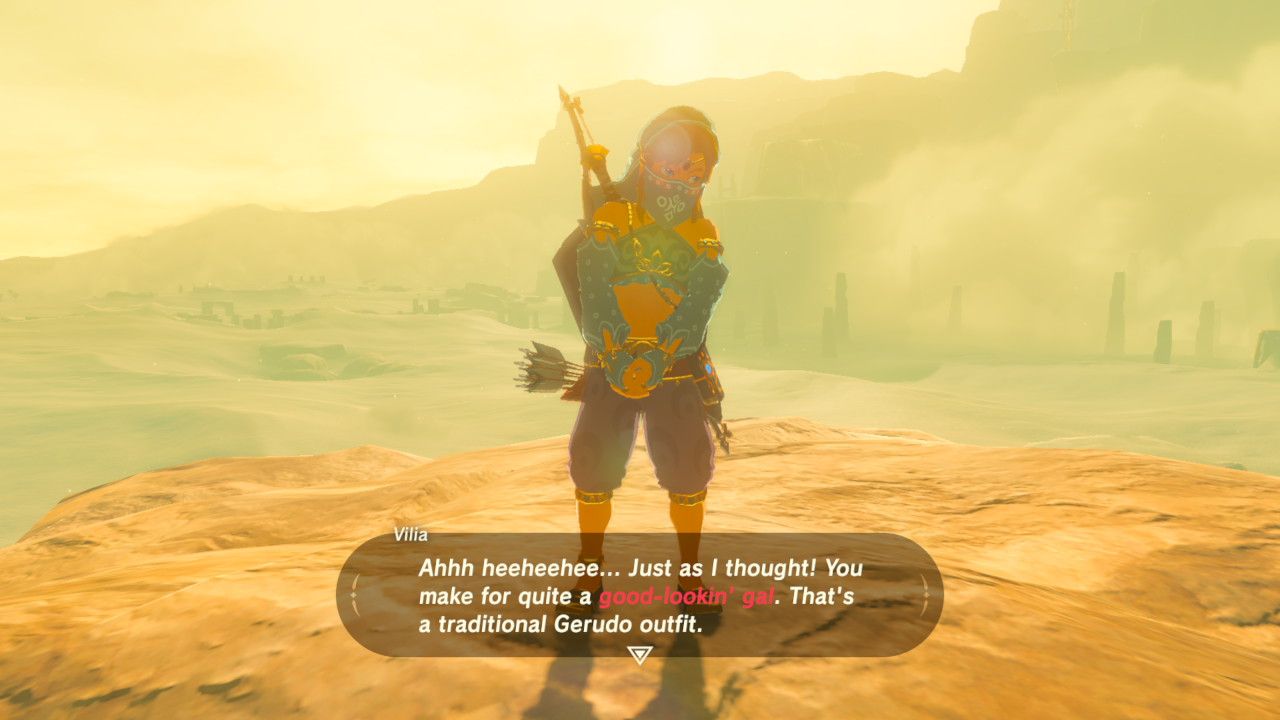 But this awkwardness gradually shifts into confident acceptance as Link realises that he kills this look and everyone in the world appears to think so too. Breath of the Wild encourages player decisions not only in terms of satisfying combat and freeform exploration, but also with the more social choices you decide to make. In the real world, people are sometimes mocked for wearing clothes that fall out of their expected gender binary, or trans people are harassed for failing to pass while simply pursuing who they want to be.

Each individual version of Link is wonderfully unique, whether it be through proudly aping the traditional Hero of Time template or morphing into an unstoppable gender noncomforming himbo who will save the world and look damn good doing it. I was the latter – obviously. I’d often find myself swapping between outfits a lot of the time, but I never put Link into a box to label him as strictly masculine or feminine. To me – it’s just Link, and I could meld my iteration of this legendary hero into whoever I wanted him to be. Breath of the Wild welcomes this experimental approach, and I’ve seen so many friends take solace in the androgynous nature of Link and how they can transplant themselves onto a protagonist so seamlessly.

It seems that the sequel will open the floodgates even further with theories debating that we’ll see two protagonists, both of which have the potential for customisation across outfits, weapons, hairstyles, and more. I’d still love to see playable Zelda, but Link has been positioned as a beacon of gender neutrality that is so easily embraced, helping me and many others through an unexpected journey of self discovery in the process. 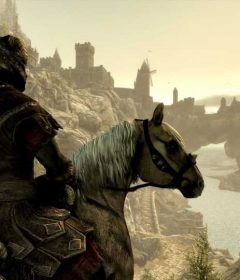 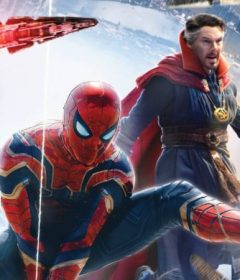 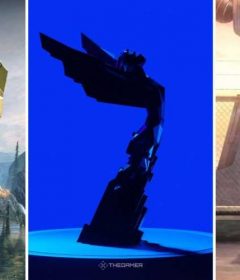