Why is it that the palest, whitest, least diverse people snag up jobs from BAME actors only to add their own ‘flair?’ Their flair is as bright as a dimly lit, dying light bulb, but they’re so white, it’s enough to give them a fucking sunburn. It’s a terrible attempt at impersonating an accent that leans entirely on stereotypes and outdated gags – a virtual minstrel show. Cartoon voice actors are finally starting to see the problem and moving on from these roles that they should have never had, but video games? Well, Shadow Warrior 3 is coming out this year, and a white dude is still voicing a Japanese protagonist.

To paint a picture of what the development scene is like, grab a blank canvas. You’re done. I exaggerate, but this is still an industry that is dominated by white people, espeically at the very top. Altogether, they make up the least interesting Power Rangers roster, forming a collective team who specialize in not sticking the landing when it comes to representation. It’s so ingrained that the response to the news that a white man would be voicing a Japanese character in Shadow Warrior 3 was celebrated – Jason Liebrecht is returning to voice a Japanese character! He’s iconic! He’s the best man for the job! Fans are thrilled!

It’s disheartening to see such a collective cheer being had at somebody who, quite frankly, is doing a pretty piss poor accent, but it’s not just the offensive, stereotypical attempt at sounding Japanese that’s off-putting.

BAME people barely get the opportunities they deserve as is, with relatively few roles in mainstream gaming compared to white leads. So, when you do make an Asian character, handing it off to a white guy is just narrowing that already tight pool even further. Most of the blame lies at the feet of the developers for the fact that they even considered a white guy for the role, but he’s not guilt-free. We’ve seen a trend recently with actors in cartoons leaving roles they now consider themselves unsuitable for – The Simpsons had a massive clear out recently, recasting Apu, Carl, Dr Hibbert, and Julio, amongst others. Big Mouth even addressed the recasting of Black character Missy with a fourth wall break. So by Liebrecht opting to stay in the role, he’s admitting that he doesn’t believe what he’s doing is wrong. He’s back in the saddle with another faux accent that does little but poke fun at Asian people. 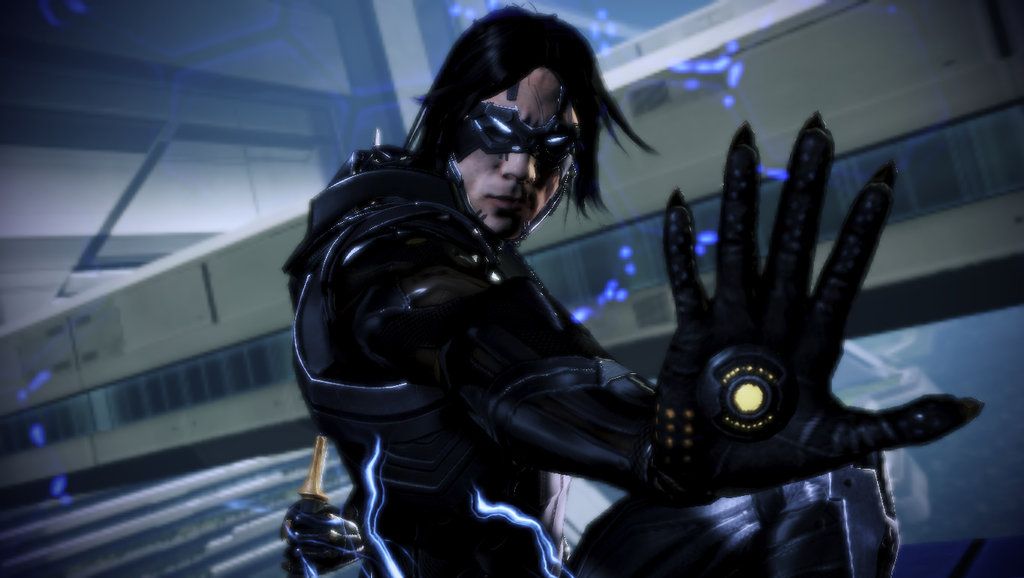 We’ve seen it time and time again, from Troy Baker as Asian coded character Kai Leng in Mass Effect 3 to Takeo in Call of Duty Zombies – that last one being perhaps the pinnacle of this problematic piss-take. His quotes boil down to the most stereotypical, asinine drivel with a horrendous fake accent as the cyanide-ridden cherry on top. What’s particularly troublesome about characters such as Takeo and Lo Wang is that the very idea of them being Asian is the joke. That’s it. They aren’t funny in of themselves as people, they don’t make funny comments about their surroundings, it’s all just stereotypes and gags based on their ethnicity. Asian is the joke. Takeo is absent in Call of Duty: Cold War, thankfully, but fans want him and the other three to return, but I can’t help but feel that now is the worst time for Takeo to come back. At least recast him if he returns.

It’s not only lazy, coming off as empty edginess. With the recent spike in anti-Asian hate crimes, it’s dangerous. There are so many thoughtful charities that many game developers and publishers have granted a platform to, offering awareness and donations to help out because of this trend, and so titles like Shadow Warrior 3 feel out of touch. Now, more than ever is not the time to be mocking Asian people and turning their entire personalities and identity into a gag. Imagine a white guy walking onto a stage at a comedy show and pulling his eyes back and rambling off a list of stereotypical lines about honour in the most caricature of accents. You’d call that racist – it is in gaming too.

Having well-written, authentic, and positive Asian representation is a must. They should not at all be a joke just for their accent and culture. It’s high time we move on from this cheap copout way to be “funny.” The whole point of representation is to let people see themselves in media just as cis, white, straight men have been since its inception. With these characters, that’s not possible. But representation is also beneficial in that it can help to shatter whatever stereotype is knocking around in people’s noggins. Lo Wang is a massive detriment to this push, and characters like him need to get axed or re-cast with a hefty overhaul just like with The Simpson’s Apu; much like with the hit animated comedy, the core foundation is solid. Simpsons was a funny time-killer with great gags and animation, and Shadow Warrior has brilliant combat with its adrenaline-pumping shooting. It’s just dragged down by Lo Wang and his offputting one-liners.

You can donate to help #StopAsianHate at akt, the Asian American Legal Defense and Education Fund, AAJC, Hate is a Virus, and at Stop AAPI Hate. More can be found online.