Fiction has been obsessed with religion for as long as literature has existed. From didactic children’s tales designed to strike the fear of God into the young and unassuming, to scathing critiques of everything wrong with contemporary institutional religious structures, it’s easy to see why religion — and, more specifically, religious fundamentalism — is a de facto constituent of fictional worldbuilding.

For video games in particular, though, the reason for this is not only visible — it actively makes sense.

When we look at Classical texts devoted to complimenting or critiquing religious authority, we are participating in what is ultimately a one-way dialogue. While we can choose to agree or disagree with Nietzsche’s hackneyed “God is dead, and you have killed him,” the words have been written and cannot be changed — in Nietzsche’s eyes, everyone who reads that is a God-murderer, so now you are too. 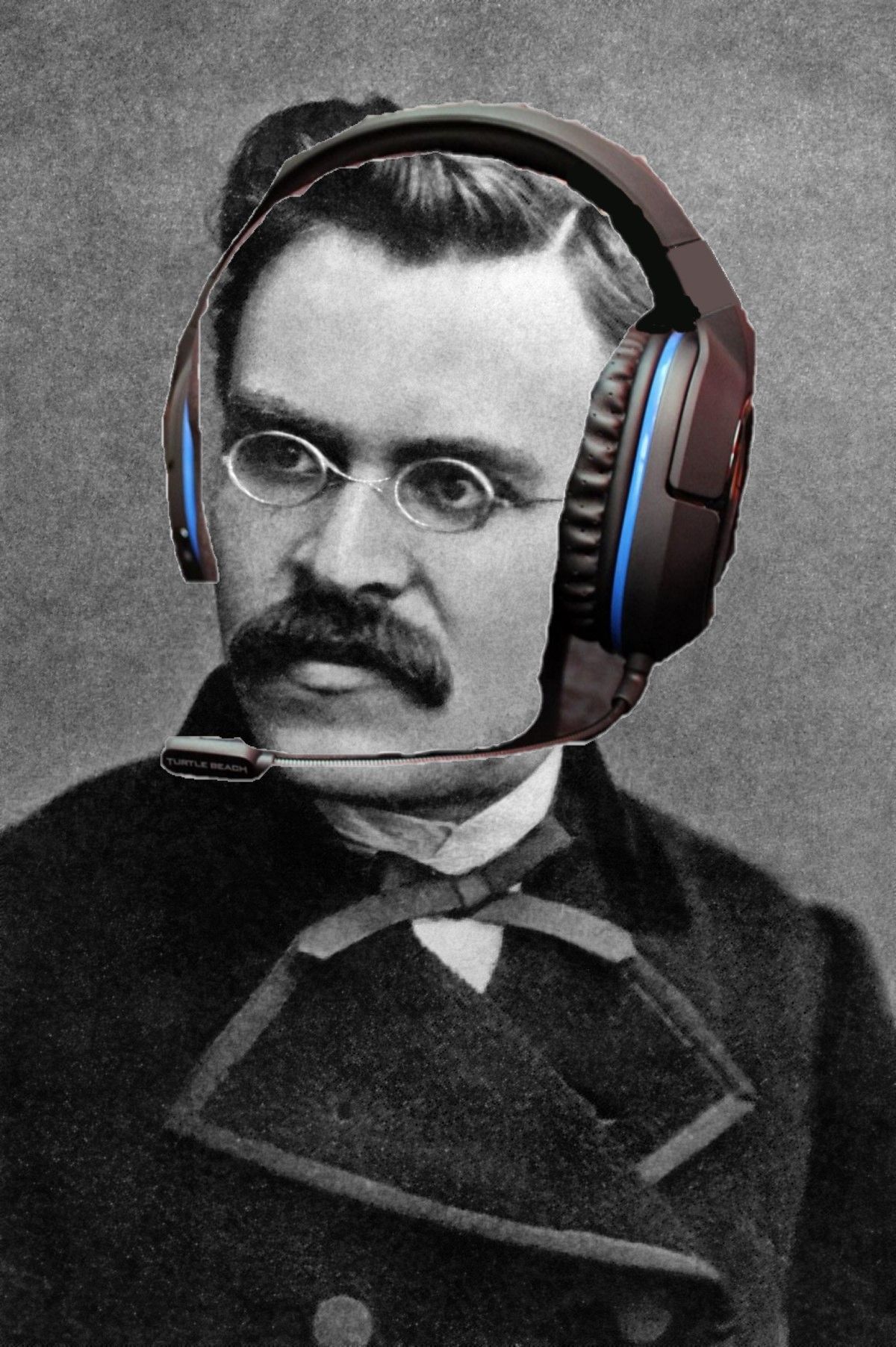 One of the most ubiquitous examples of this phenomenon is The Bible, obviously. Have you read it? It’s absurd. Old Testament God is one of the cruellest villains who ever lived — he tries to get lads to sacrifice their sons in order to prove their loyalty, just for shits and giggles to see if they’ll actually go ahead with it. At the last moment he stops them and goes, “only joking, mate.” I doubt the son in question will ever forgive or forget what was inevitably going to happen next, though. About as funny as a YouTube prank video.

To hearken back to that Nietzsche quote, modern games and new-age plots offer us a pretty unique look at how that process — attacking and dethroning God, not physically, but metaphorically — actually plays out. I’m thinking of Nier: Automata. Obviously I know that Automata — while having an irrefutably unique structure — does not necessarily extend that uniqueness to its plot. Androids have been done in stories before. “Humans vs. androids… but who is the real monster?” is a common trope — and oftentimes the conclusions are a bit meh. We all know Deckard is confused.

Still, there’s a section later on in Automata that is downright harrowing. The machines, who are manufactured just like the androids but are deemed as less inherently humane by the narrative, decide that they want to become gods. After discovering disciplines like philosophy and theology, they begin to question their own existence in a productive way, but quickly descend from intellectual curiosity to mindlessly narcissistic greed — it’s very Old Testament, in that it’s essentially a ploy to discard everything and anything that’s not intrinsically related to your own continued existence in order to ensure that said existence becomes extraordinary, omnipotent and eternal. “Everything else can die if I live forever,” essentially. 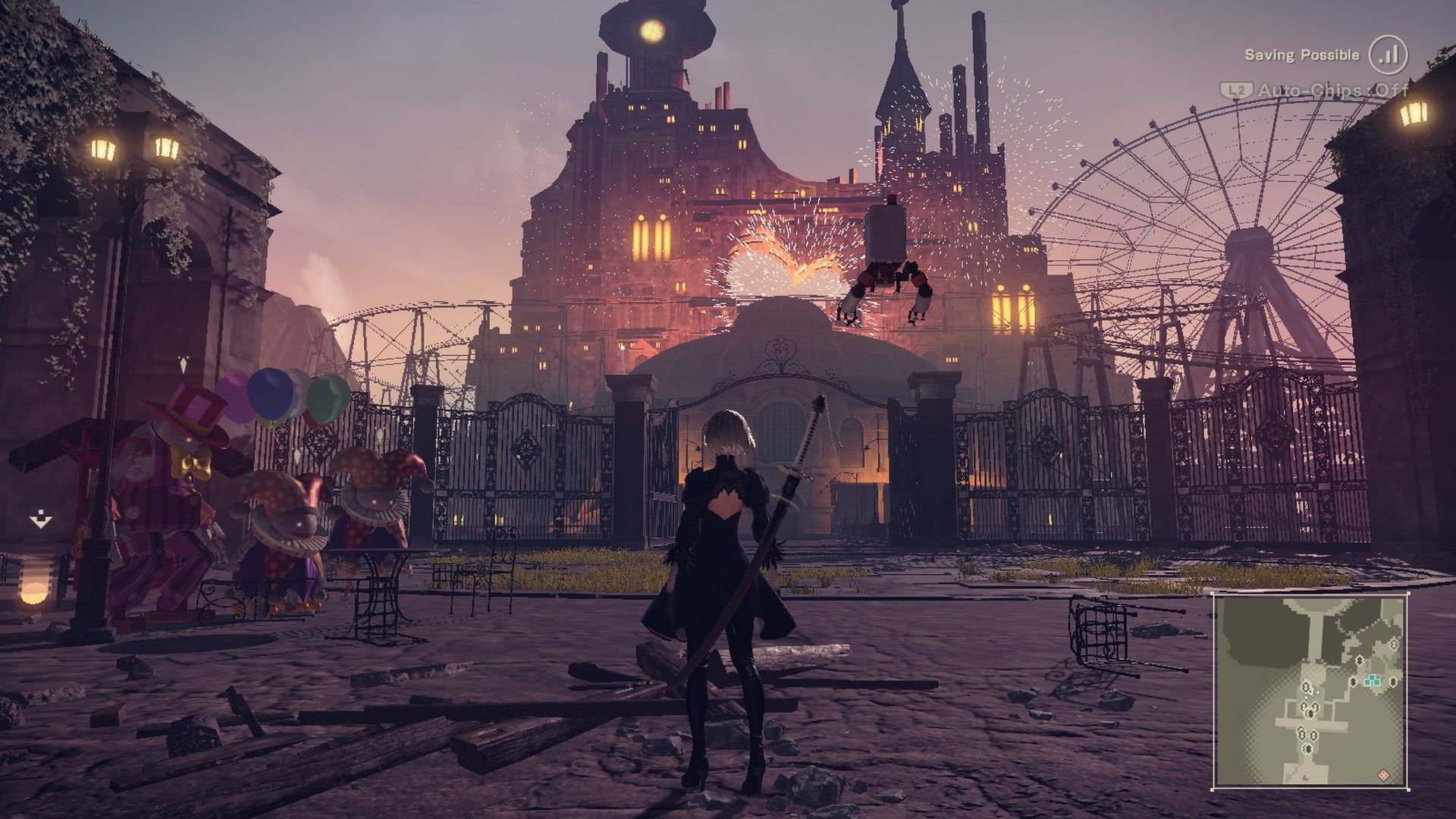 It’s portrayed as tragic in Automata — by no means do you think the machines are evil, so much as they are incapable. It is easy to stop them, and almost unnecessary to do so — they may have developed some absurd concepts of deifying themselves, but they’re not a threat. And so the feeling here is pity, not anger. It’s an immense evocation of pathos, and all you want to do is help them realize that no, they are not going to become a sky wizard. The condensation in the clouds alone would make them get all rusted up in no time.

This is a more delicate critique of how religious fundamentalism can lead to corruption and disenchantment, dealing with the kind of ordinary, unthreatening people we might encounter in our own everyday lives. There’s probably a lad down the local shop where you live who often tells you that if you don’t get your tattoos lasered off you’re getting a first-class ticket to Dante’s Inferno. But when it comes to actual antagonists — the 60-foot tall ones with fire biceps and razor-sharp rhino horns — the appropriation of religion in games feels a lot closer to home.

Final Fantasy 14 offers a remarkably sharp take on how emphatically dangerous fundamentalism can be — not because of any individual person’s actions, but because of what is involuntarily derived from the structure these actions create. Given its medieval setting, it’s unsurprising that the vast majority of Final Fantasy 14’s citizens maintain and practice religious beliefs. For the most part, societies are sufficiently secular for people with different creeds to live alongside one another in harmony — most of Eorzea’s denizens are genuinely sound. 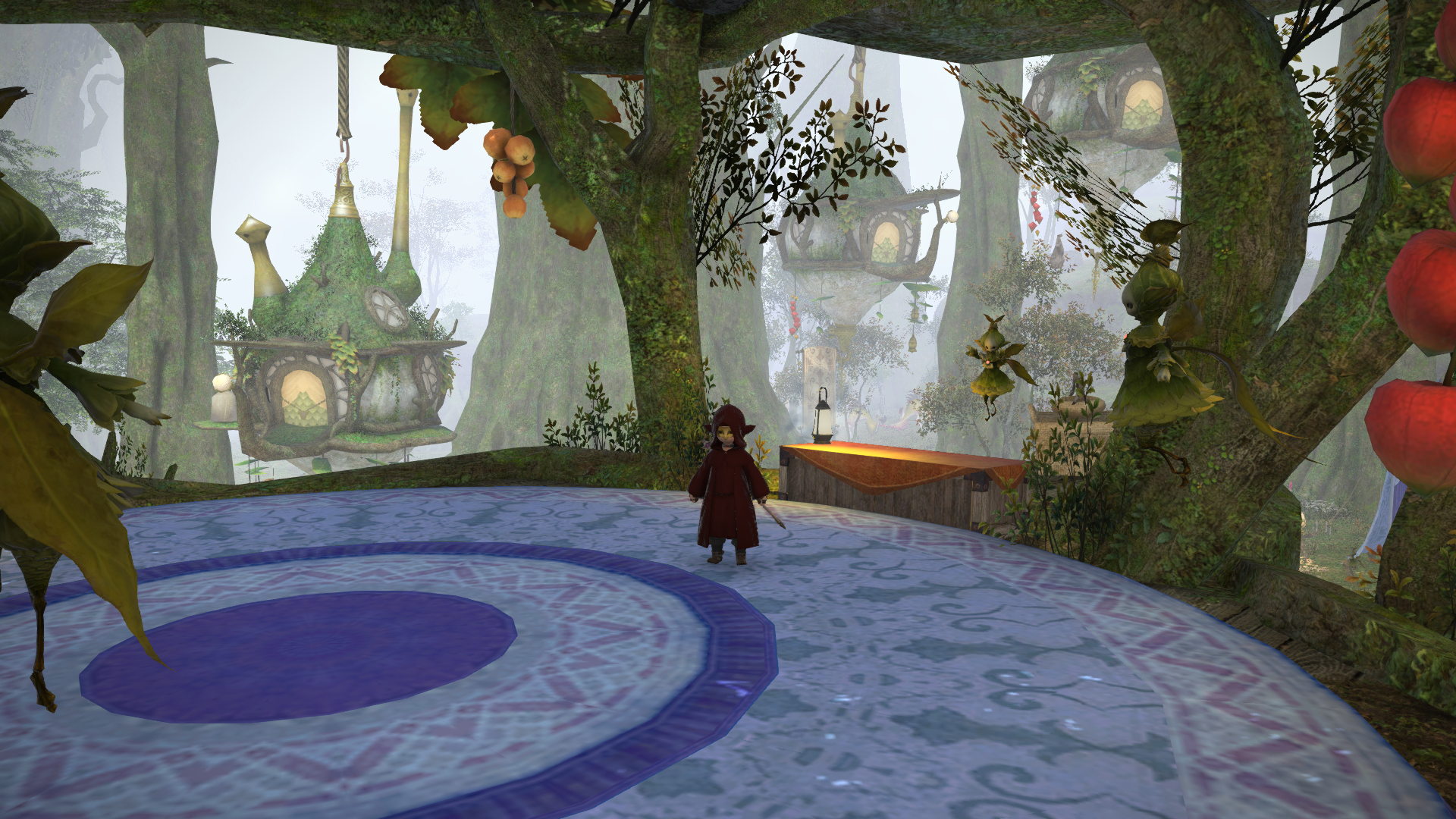 Right from the get-go in A Realm Reborn, however, we are faced with primals, the very object of different religious beliefs. Perhaps the most immediately damning example of how this causes corruption to fester is in Little Solace, early in the main story. The sylphs here — basically little fairies with brussels sprouts for heads — have lost many of their kind to Ramuh, the primal of the sylph beastmen tribe. Those corrupted by Ramuh become known as the Dark Ones, as they mindlessly attack anyone — including former friends and family — on sight.

This happens all over Eorzea — outside Little Ala Mhigo, a group of disillusioned youths secretly attempt to summon Rhalgr, a primal they reckon can help the Ala Mhigan Resistance in its ongoing war against the invading Garleans. Although you prevent them from calling on Rhalgr, the destruction that inevitably would have occurred as a result is not lost on anybody involved — these are people who did something stupid and immeasurably dangerous for reasons they deemed just, which is often the case for so many instances of real religious fundamentalism. That our own world is teeming with devout practitioners turned into puppets, who do mindlessly terrible things in the name of some supernatural, omnipotent power at the head of their church is no coincidence. The source material isn’t exactly untraceable.

This is visible in the antagonistic makeup of so many other games. Bloodborne’s Healing Church made contact with the Eldritch Great Ones before attempting to administer divine blood in secret, unwillingly instigating the Scourge of the Beast in Yharnam. The ideological divisions here between Byrgenwerth (academic), the Church (religious), and the School of Mensis (just downrights nuts) is particularly astute, and despite how funny all the shit with the eyes is, it’s immensely clever. 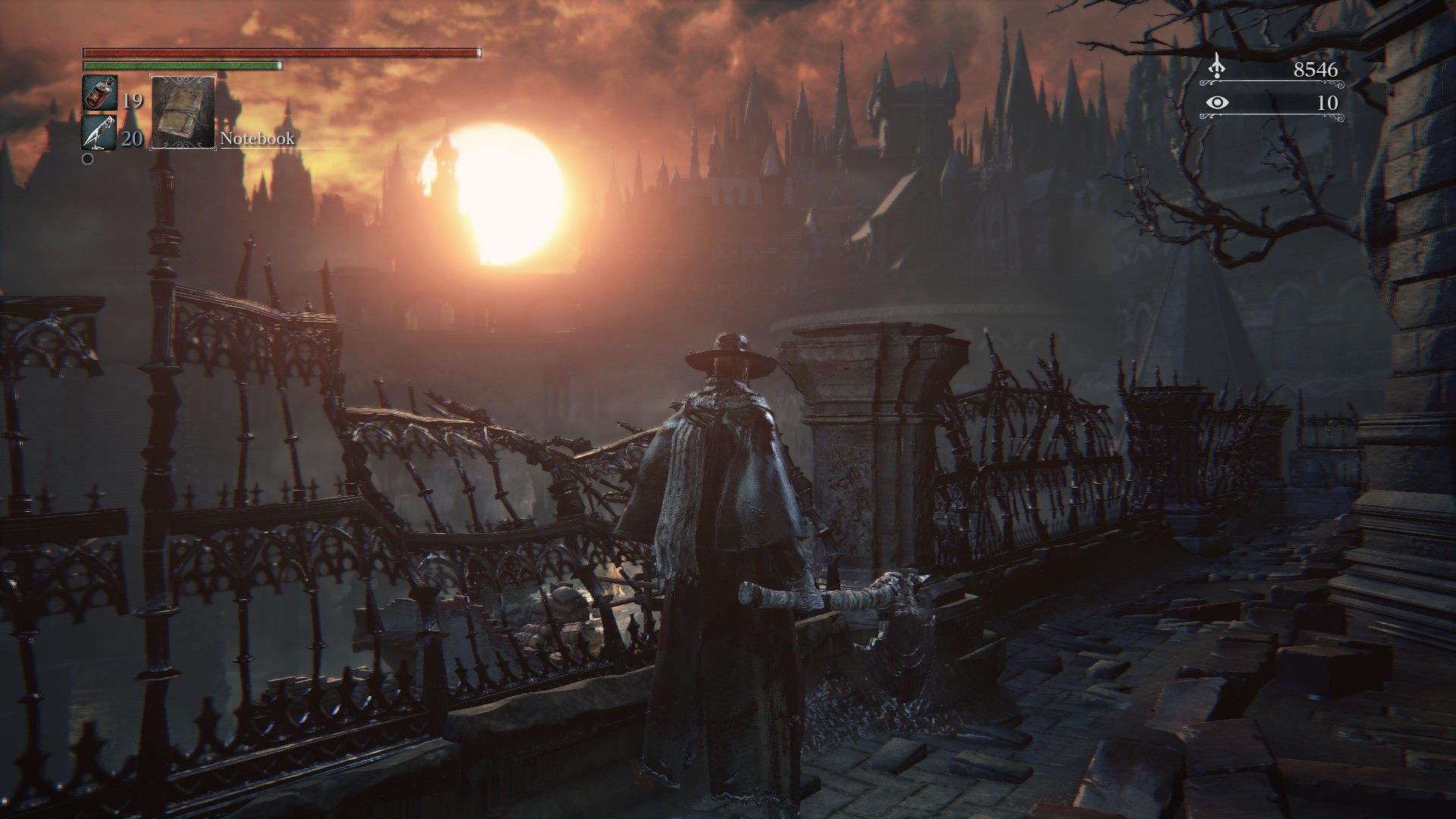 Dragon Age: Inquisition sees former Magister Corypheus attempt to harness divine power at any cost. Adam and Eve in Nier: Automata are literally named after the people from the Garden of Eden who got us all kicked out of Paradise (cheers). The Church of the Eternal Fire in The Witcher 3 pits humans against non-humans in order to distract people from political turmoil and rampant corruption. And in Assassin’s Creed, it’s just straight up Christianity that’s bad — they don’t even bother making up a fake religion. The Pope hangs and poisons people.

None of these examples are mutually exclusive from our own world (well, maybe the Pope one is). We see leaders rise up and proclaim themselves as gods. We witness people adopt new names in order to reincarnate qualities of long-dead religious figures — The Last of Us Part 2’s Seraphites go ham on this one. Religion is one of the most toxic sources of racism, misogyny, and homophobia on the planet, and as a structure is so often designed to separate people far more so than unite them — as far as institutional religion goes, at least. And Christianity, in its most intense, perverted forms — I’m looking at you, Westboro Baptist Church — still has a lot of shit on its shoes.

When something bad comes from religion, it’s almost always a result of institutional religion, as opposed to some normal person who quietly practices their own spirituality. Because games often go so over the top with sensationalized villains, they generally lean towards the former — and, fortunately, posit it as something immensely dangerous. As such, video games do a pretty decent job of making the worst parts of religion show their whole arse. And maybe we can all learn a bit from that. 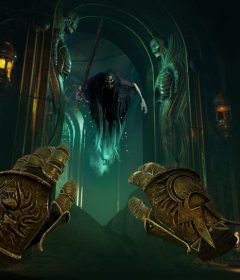 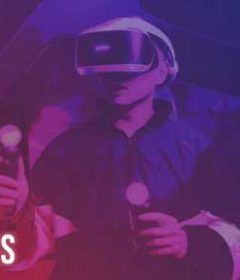 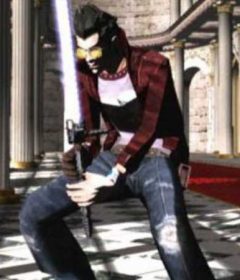