Home » Reviews » The Best Fallout Game Is Still New Vegas, And Here’s Why

The Best Fallout Game Is Still New Vegas, And Here’s Why

To say that Bethesda has merely fallen from grace in recent years is to downplay not only the never-ending catastrophe that is Fallout 76, but also the triumphant heights they had previously reached during the seventh console generation. Producing three of the most memorable RPGs of all time in the fourth and fifth Elder Scrolls iterations, as well as the first-ever first-person, fully-3D Fallout game, it’s safe to say that, from 2006 to 2012, Bethesda was the go-to company for console RPGs.

Yet, in the middle of all of that success came a comparatively downplayed Fallout title that had been outsourced to a different development studio and was merely intended to be a stop-gap in between mainline franchise releases. Forced to recycle the clunky Fallout 3 engine while contending with some legendarily harsh time constraints, Obsidian Entertainment’s Fallout: New Vegas seemed destined to fail. How, then, did it become one of the most well-regarded instalments in an already beloved franchise? 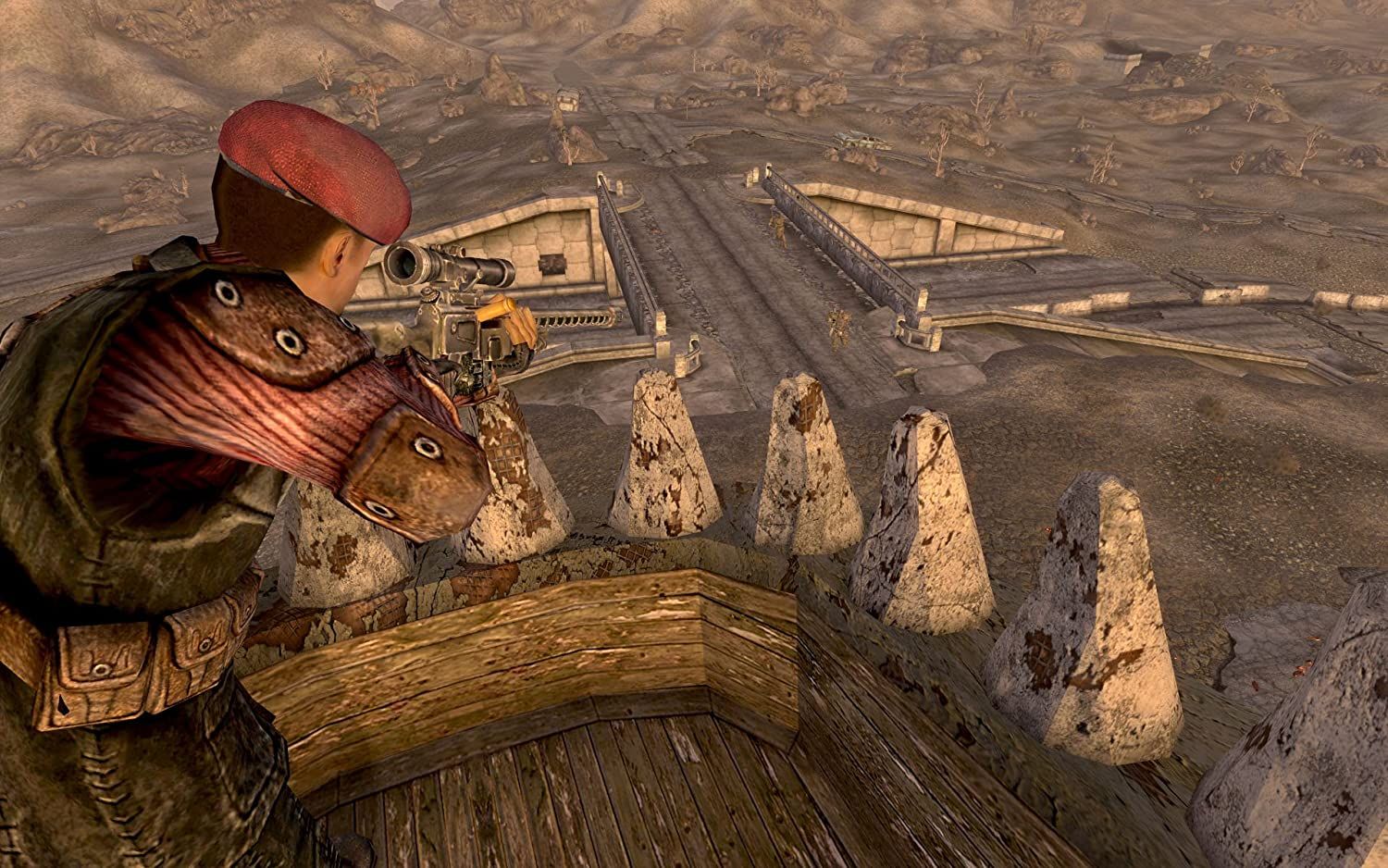 It isn’t a stretch to claim that New Vegas was ambitious. In fact, given the scope and scale of a title that was originally intended to be little more than a throwaway entry in the series, we would argue that Obsidian was a bit too ambitious. Open world games, at the time, were often forced to make huge concessions due to the limitations of the consoles for which they were developed, with PS3 copies of games like Fallout 3 and The Elder Scrolls: Skyrim releasing with a bevy of bugs and chugging harder than a Slipknot guitar riff.

Still, it was that same ambitious nature that made the game so appealing; fans were willing to look past its issues and celebrate its most gratifying features. Touting a larger map, more factions, a more expansive plot, more detailed questlines, and several more endings than we had seen in Fallout 3, Obsidian essentially upstaged Bethesda, with some fans of the series calling for the new developer to take the reins going forward.

Unfortunately, Bethesda’s mishandling of their partnership with Obsidian has become infamous; paying out only a paltry sum after the game failed to achieve an 85 or higher on Metacritic and nearly forcing the developer into bankruptcy despite the game selling more than five million copies in its launch window, the two separated on perhaps the worst possible terms, and Obsidian would never get another chance with the Fallout franchise. They would, however, go on to find success with releases like 2015’s Pillars of Eternity and 2019’s The Outer Worlds. 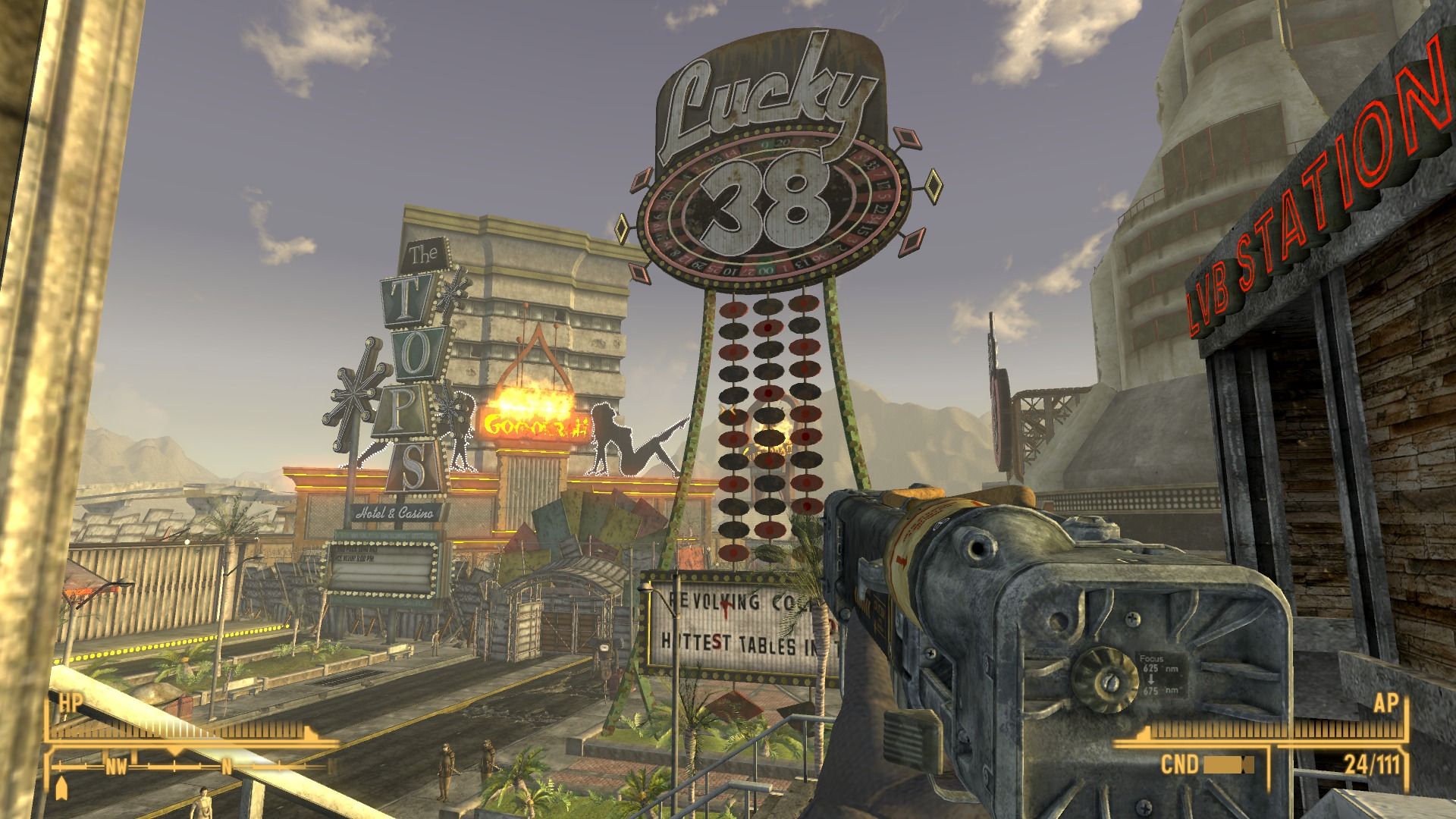 New Vegas is, in some ways, the Fallout game Bethesda wanted to make but never could. Fallout 3 was a fantastic title, but it was one of the most hyped video game releases of 2008, and it was partially damaged due to the expectations to which it had to live up. Anything short of a masterpiece would have been a disappointment to fans enamored with Bethesda’s previous efforts, and executive producer Todd Howard’s embellishments and fabrications—he notoriously claimed that Fallout 3 would have over 200 different endings—meant that even the excellent game Bethesda delivered was tarnished in the eyes of some.

Consequently, Obsidian wasn’t made to contend with the same sort of expectations, and blew fans away after not only meeting but exceeding the quality of previous Fallout releases. 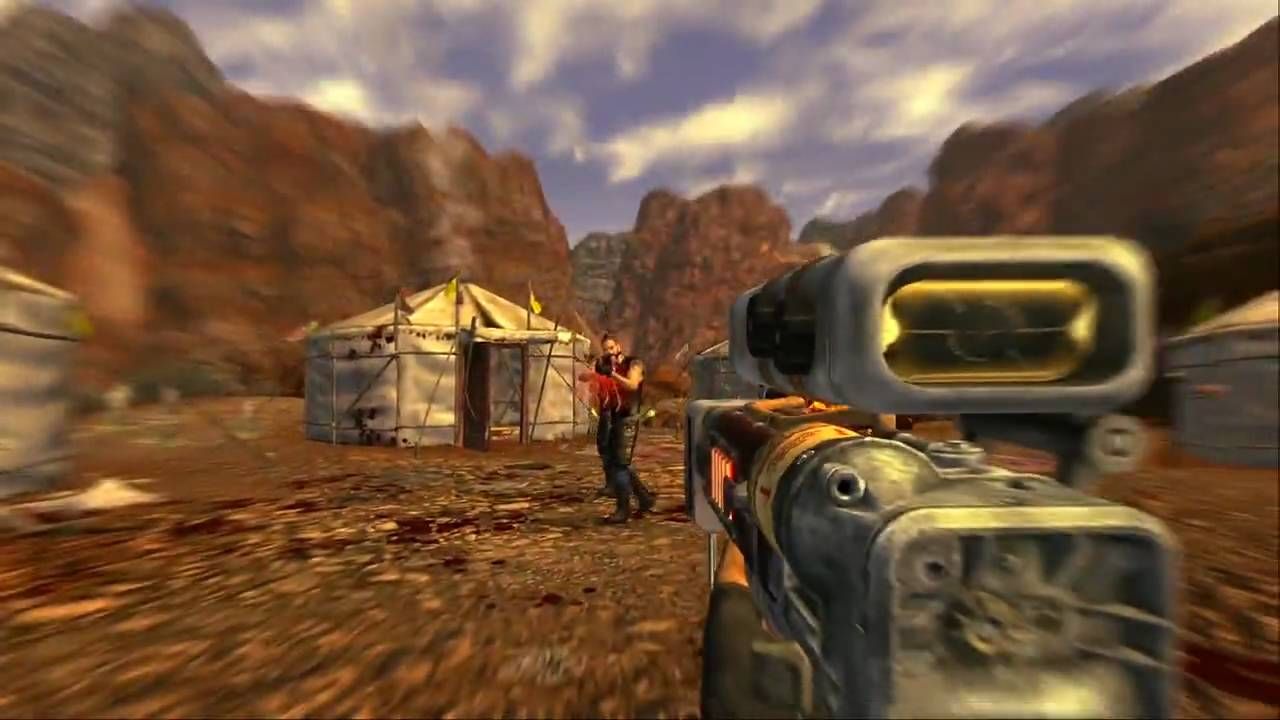 With Howard and Zenimax taking a relatively hands-off approach to the development of New Vegas, Obsidian was free to play by its own rules and create a far more open, organic experience. Fallout 3 may have let players loose in what was, at the time, an expansive open world, but player motivations were always the same, story beats rarely differed, and at times it felt like you were meant to follow a set path with occasional deviations rather than truly roam free as a lone wanderer.

In stark contrast to this, Fallout: New Vegas starts out without much impetus on which way to go. We’re aware that a New Vegas crime kingpin left us for dead and that he’s stolen some sort of important plot MacGuffin, but aside from a vague nudge to go track him down, the game essentially allows you to do whatever you desire. 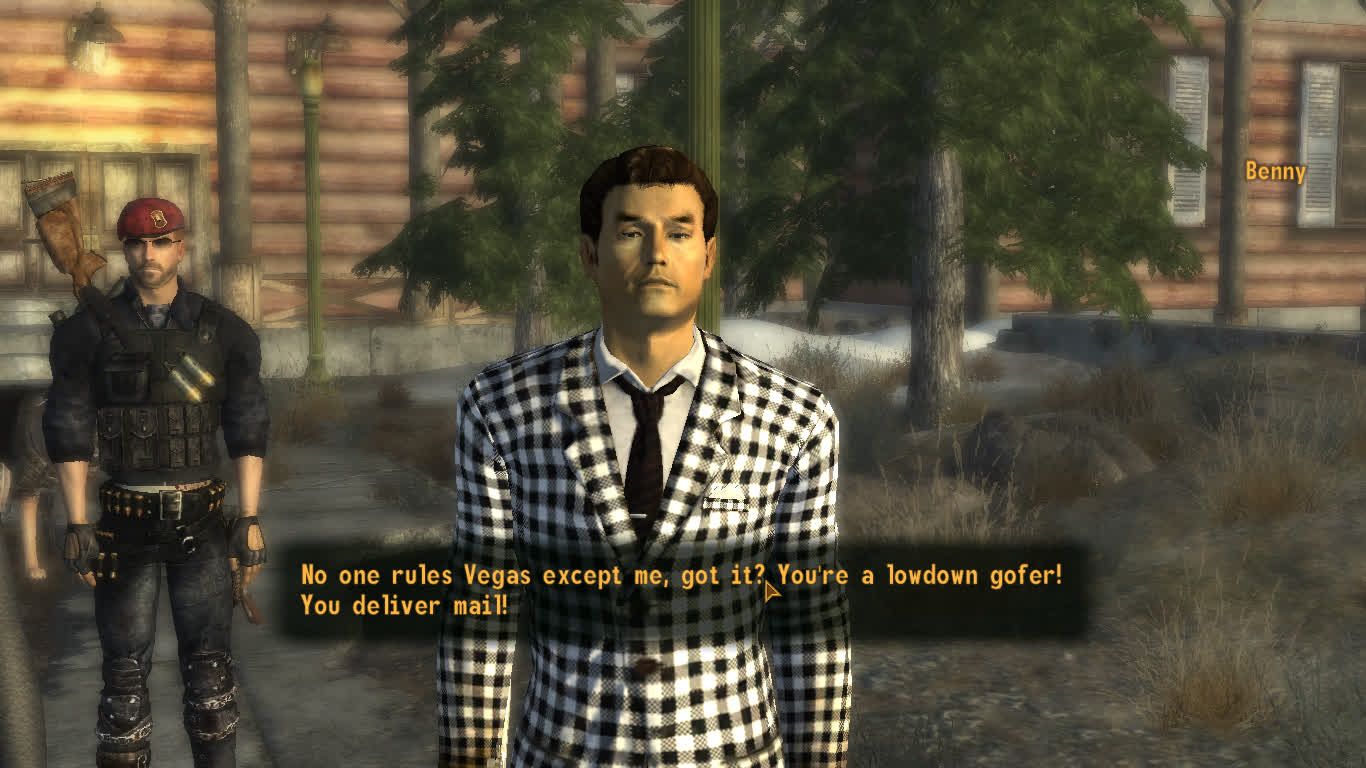 The game does dictate the player’s course by blocking off certain areas with nigh-unkillable enemies, but the courier is more or less free to explore the wasteland to their heart’s content, and when they do eventually end up in the title’s titular town and engage in activities beyond the main quest, it all feels uniquely natural.

Most players will stumble into events rather than track them down via a quest marker, and the decisions made throughout the game have a genuine impact on what is to follow. It’s the kind of free-flowing experience with which developers seldom succeed, and it stands head and shoulders above the following two Bethesda-made Fallout titles. Some fans may opt for 3, 4, or perhaps even Fallout 2, but, for our money, Fallout: New Vegas is the best in the series and will likely remain so for quite some time. 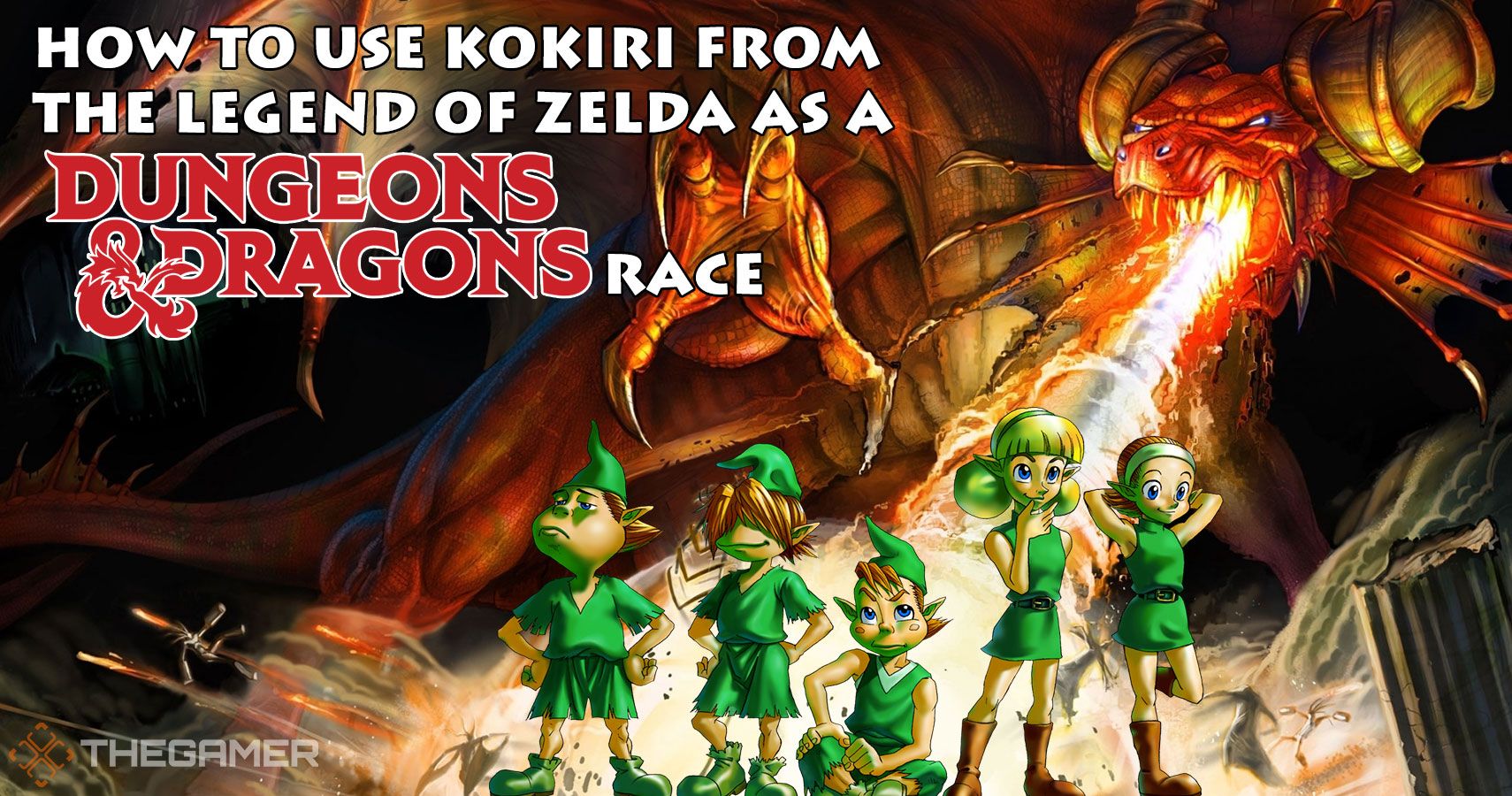 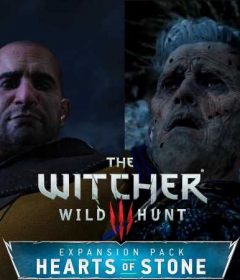 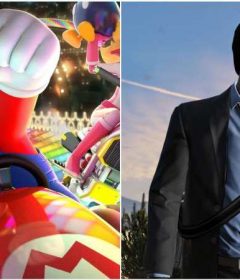 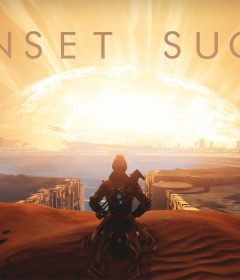