If you’re one of the lucky people who has never experienced having a beloved hobby start to feel like work, I envy you. I haven’t been in games journalism for a terribly long time, yet I am already feeling the effects of it on my love for the medium. While I used to spend almost every waking hour becoming engulfed in my favorite past-time, they’ve begun to feel like something I have to do rather than something I’m choosing to engage with.

But this feeling doesn’t just come from jobs. Before I ever entered the industry, I still experienced this from time to time while dealing with depression. If you’re not familiar, depression often causes everything —hobbies, fun events, and responsibilities alike— to start feeling like work. Sure, I may really like the game, but the action of turning it on and using the brainpower to spend a couple hours with it begins to feel like too much.

It’s a crushing feeling when you reflect on time spent in your room playing hours upon hours of certain games without a care in the world about anything else. To realize that passion has slowly been sucked away over months and years can be a discouraging sign. However, regardless of why you find yourself feeling like games have become work, there are some ways that can help bring this love back to the forefront. 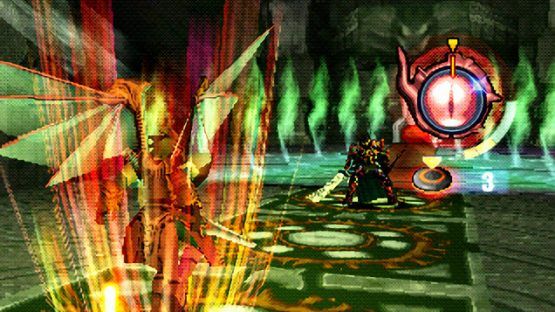 One of the best ways to do this is to revisit one of the earliest games you fell totally in love with. This might seem obvious, but this suggestion was easy for me to brush away at first when others suggested it to me. “I’ve already beaten this a bunch of times,” “My job requires me to play new games, so I don’t have time for that,” and “It’s lame if I just play the same game again,” are all reasons I told myself not to bother. But I can now safely say—I was wrong for thinking this way.

When I decided to give it a go, I couldn’t believe the feelings conjured up from simply opening the start menu on The Legend of Dragoon. It was like I had jumped into a teleporter and gone back to being 12-years-old. While I was worried that spending time on The Legend of Dragoon would take away from the time I should be spending on other games, it had the complete opposite effect. I only played about three hours of The Legend of Dragoon, and I already felt some of my passion for video games stirring again. This made it easier for me to sit down and play Mass Effect the next day. In the end, I actually saved myself time and made my job easier by going out of my way to revisit an older title.

And the fact that I didn’t even have to complete an entire playthrough to get this effect got me thinking — if I can achieve this by opening The Legend of Dragoon for only a few hours, I bet there are other ways to get motivated. What I realized is that music has so much more power than we give it credit for. If you’re feeling like games have become work, or you’re struggling with trying to motivate yourself to play games anymore for personal reasons, give an old soundtrack a try.

I laid down in bed the other day for thirty minutes to listen to the Skyrim soundtrack. The simple act of thinking while getting lost in that soundtrack took me back to the days when I’d do nothing but play Skyrim. Despite the fact that I was completely unmotivated before I started listening to the music, doing so ignited a desire to find another game that had as good of a soundtrack and gameplay that I’d like as much as I liked Skyrim.

At the end of the day, the message here is to not rationalize yourself out of returning to what you loved for a boost. There’s a reason that in shows or movies, couples who have been together a long time will revisit dates and places from earlier in their relationship as a way to spice up the romance again.