Half-Life: Alyx Review: Yep, It Really Is That Good

Half-Life: Alyx carries a lot of weight on its shoulders. 13 years have passed since Half-Life 2: Episode 2 and a VR prequel starring Half-Life 2‘s sidekick is not the game fans expected. After getting over the initial shock that Half-Life 3 will remain a distant dream, the question then became – How will Alyx take VR to the next level? Half-Life and Half-Life 2 propelled the entire industry forward, raised the bar for everything that came after and left their mark on the history of gaming. Not only does Alyx have some big shoes to fill, it’s also doing so on a platform in its infancy that many players still regard as a gimmick. Half-Life: Alyx doesn’t necessarily do anything for VR that no one ever thought could or would be done, but, like it’s predecessors, Alyx sets a new standard for quality that will unquestionably make a huge impact on VR. 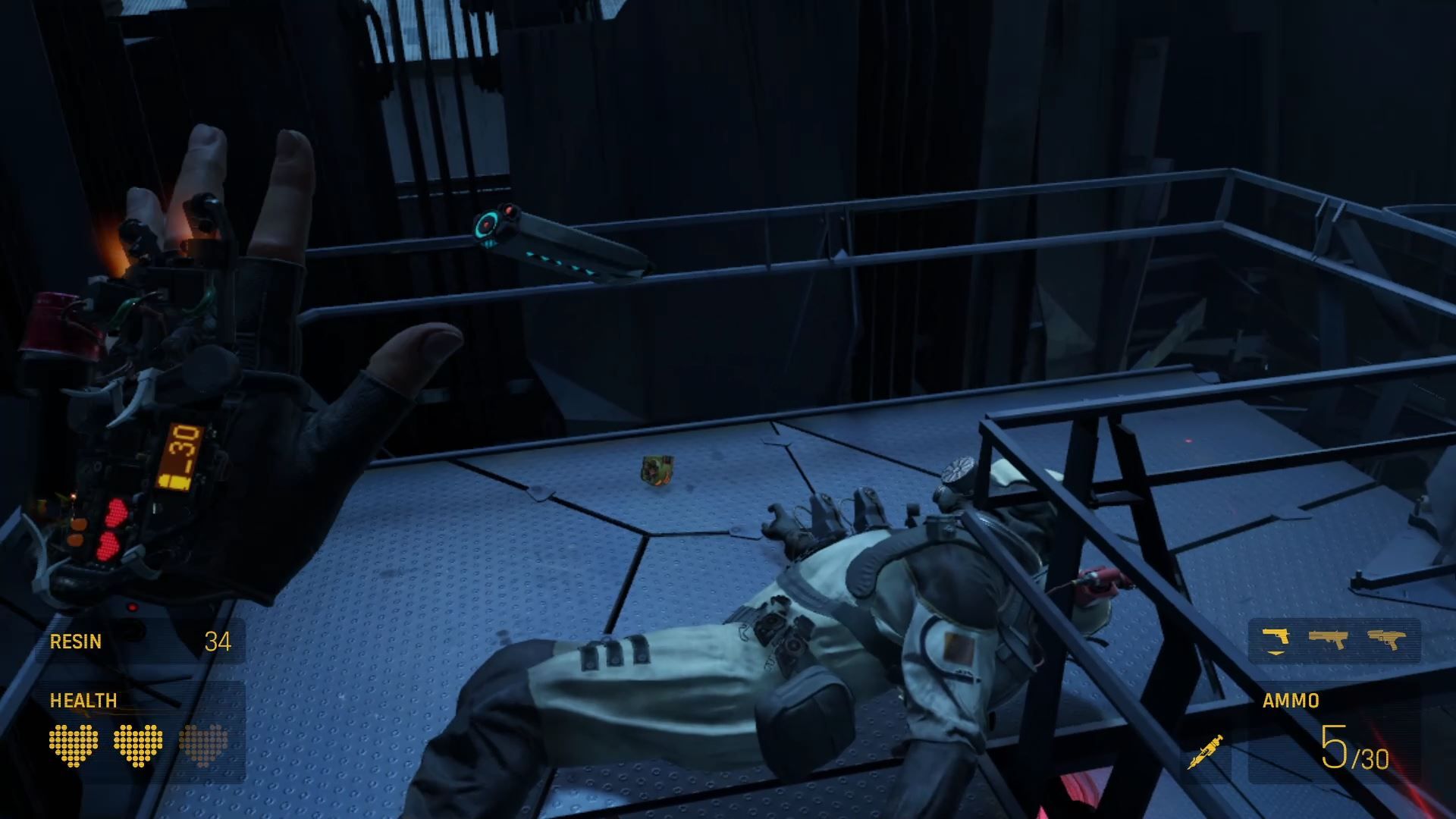 Looting is a big part of Alyx. Ammo is scarce and each 10 bullet magazine is extremely precious, as are the hockey pucks of Resin, the upgrade material used to enhance guns with laser sights and alternate fire mods. These resources are scattered high and low, and a big part of the game is digging through dumpsters and peeking in air vents to find them. The Russells make looting far more enjoyable. Like throwing and catching the Leviathan Axe in God Of War, the Russells are a core mechanic that is fun to use throughout the entire game.

I did, however, expect more from them. Their one and only function is to grab distant objects, but they’re pretty much never used in any other capacity. They can’t fling objects in any direction but straight at yourself, and they can’t fling anything heavier than a glass bottle. I expected to use this ability to solve puzzles by moving objects around strategically; I expected them to increase in power throughout the game and aid me in combat too. With the first flick of my wrist at the start of the game, I started imagining toppling shelves onto enemies to incapacitate them and yanking the supports from makeshift bridges and watchtowers, but all they’re ever used for is grabbing ammo from a high shelf. Even during the compulsory power-up sequence in the last chapter (it is Half-Life after all) – the power the gloves receive is pretty unsatisfying. 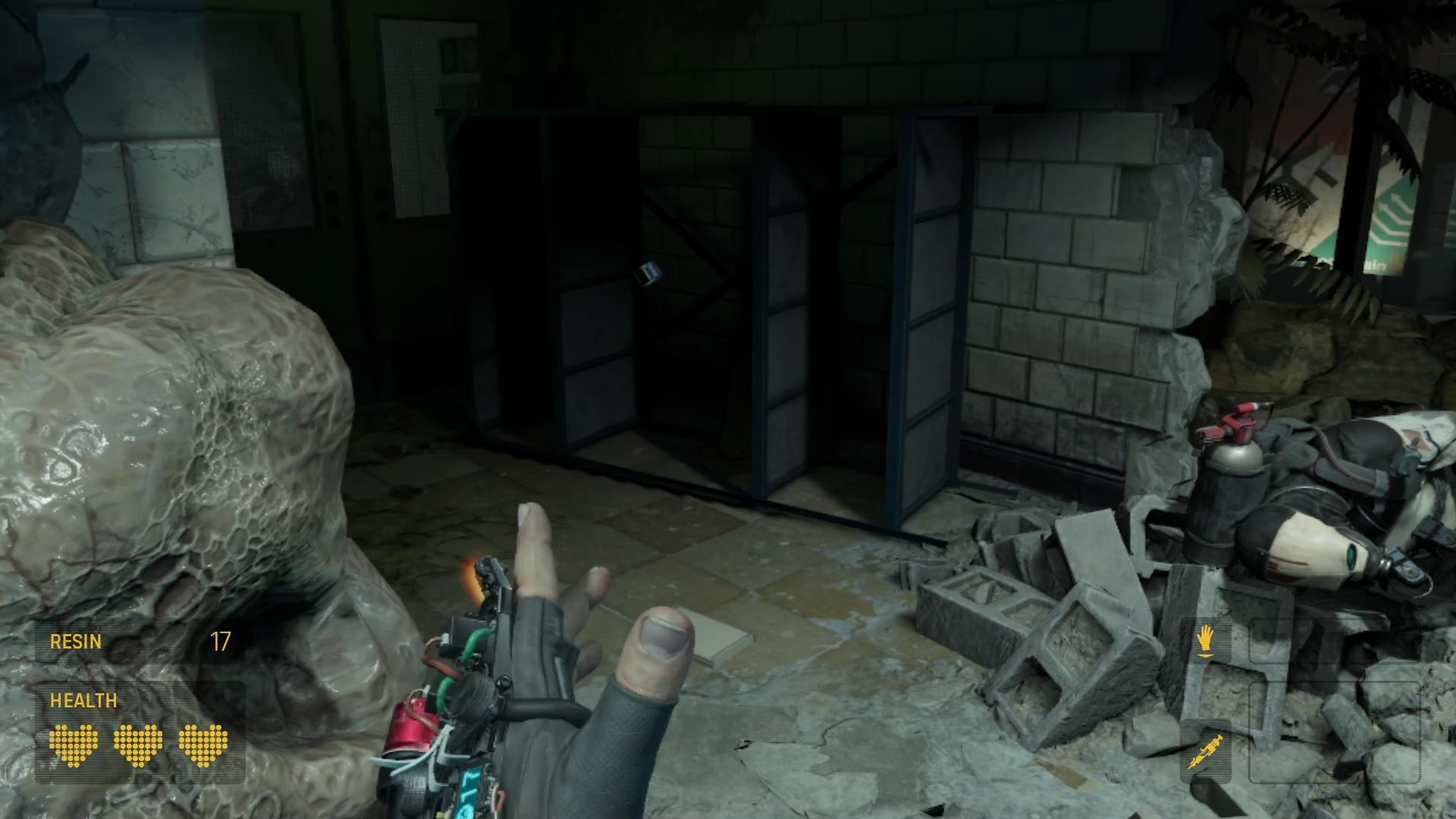 Alyx takes a lot of cues from Resident Evil 7. This surprised me at first, but the complexity of aiming weapons manually and the overall slower pace of VR lends itself to survival horror much better than to the run-and-gun style of Half-Life 2. Conserving ammo, targeting weak spots, and rationing health packs is essential. The abandoned urban environments, alien spore covered caves, and warzone rubble that make up the interconnected levels of Alyx feel more like something from The Last of Us or Resident Evil than they do Half-Life. 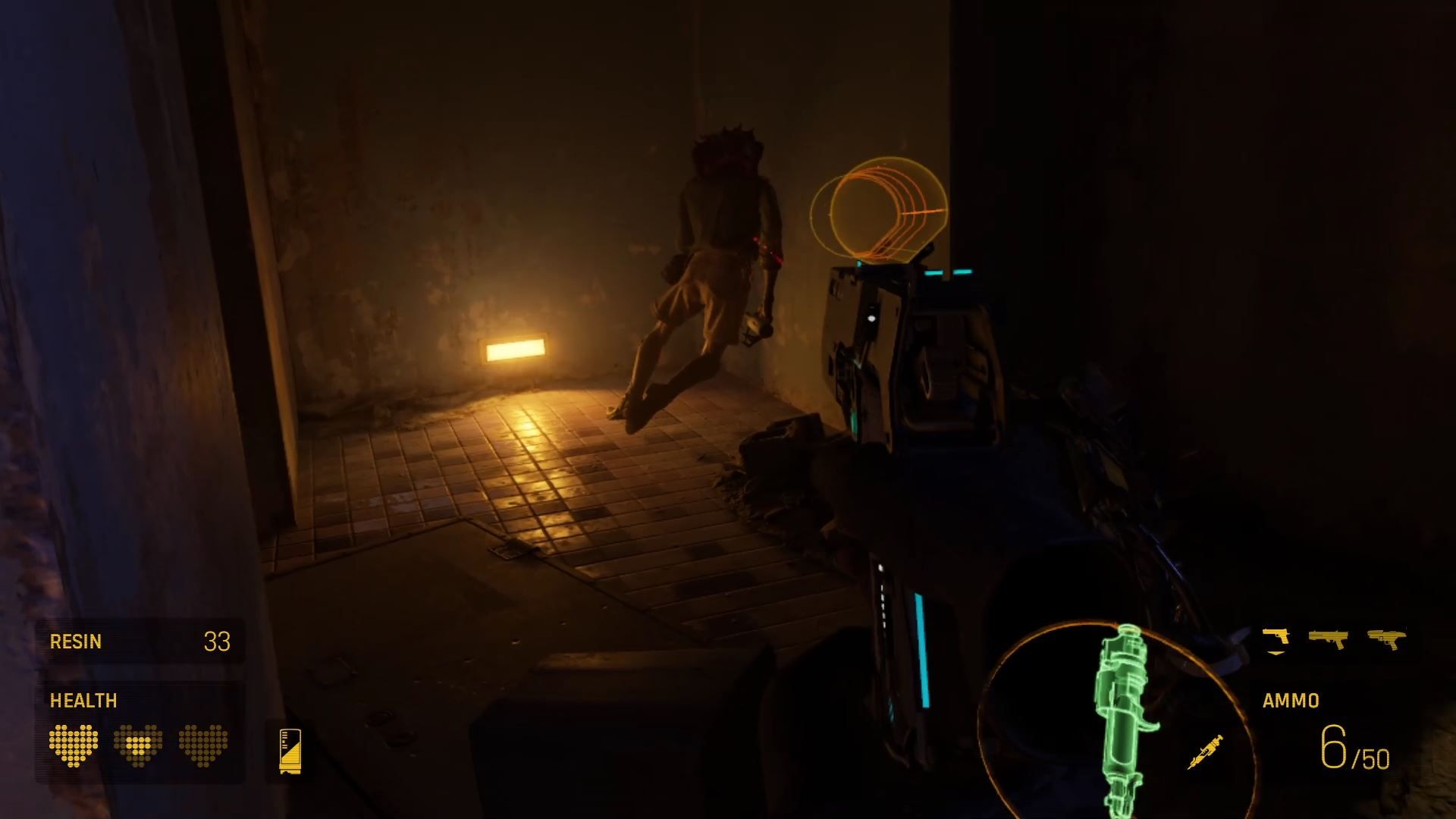 The iconography is certainly there: head crab zombies and Combine soldiers are a constant threat and the familiar cast of characters ground the story in the world of Half-Life, but it has really taken on a new identity in VR. It’s not exactly Ravenholm zombie horror, either. Alyx surprisingly leans into body horror, a style that benefits greatly from the immersion of VR.

If Alyx has a Ravenholm, it’s undoubtedly chapter 7: Jeff – named after your constant companion/horrifically mutated monster man. Jeff forces you to put the guns away and engage with the world around you in a way only VR can allow. The sequence brings puzzle-solving, narrative, immersion, cinematic moments, and engaging gameplay together so masterfully it will likely be considered the defining moment that sparked the next wave of AAA VR content. 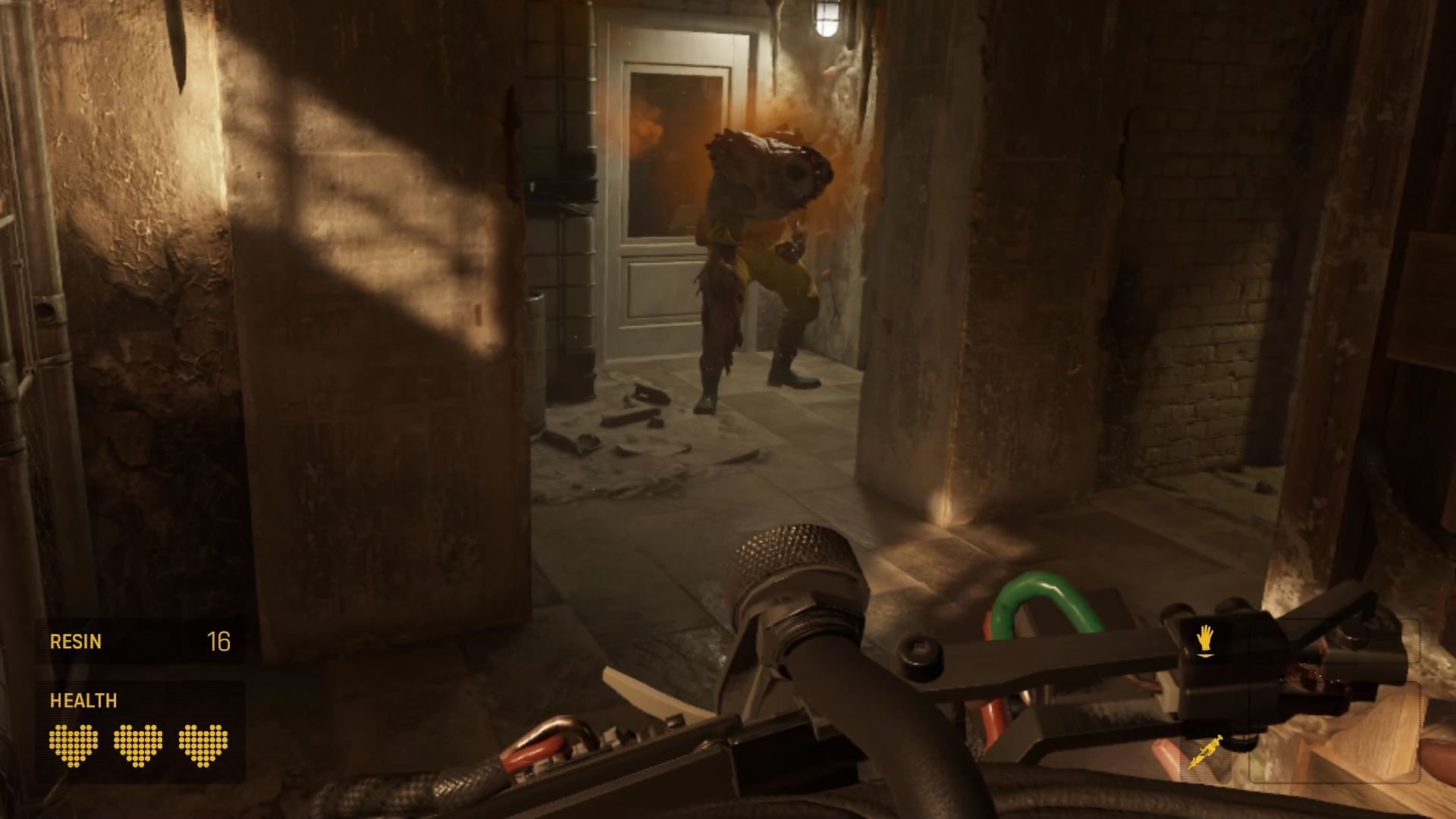 FPS VR games thus far have come up with many inventive ways to use the player’s body as inventory, yet almost universally over-complicate the way items are managed. Alyx keeps it about as simple as it can get: Ammo and resin go over your shoulder and can be retrieved the same way when the corresponding weapon/upgrade station is present. Pushing the right stick opens a radial menu for 3 guns + multitool. There are 2 inventory slots for grenades or syringes, one on either wrist.

It isn’t the most immersive way to handle inventory management, but it is an elegant system that’s incredibly easy to manage and makes the game much more accessible. Everything you can interact with is above the waist. I played the game partially standing and partially sitting and found the seated experience to be better than any other FPS VR game I’ve played. 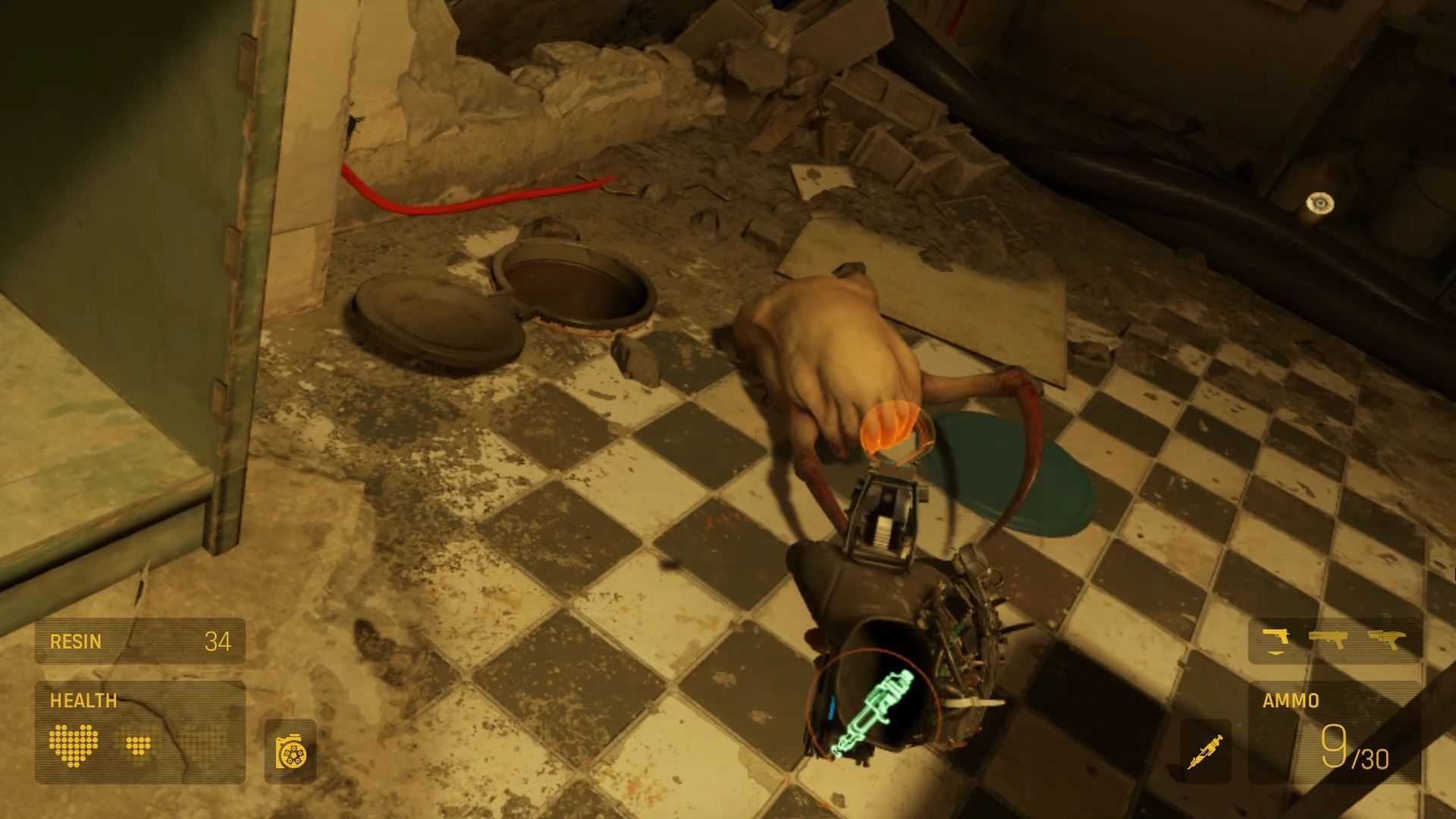 The Significance Of Half-Life: Alyx

Alyx doesn’t propel VR to unseen heights, nor does it overcome the limitations of the platform. What it does is provide an exceptional name-brand experience that is extraordinarily polished and just about the best example of what VR has to offer right now. Every puzzle is satisfying, every gunfight is a thrill. The environments are beautifully horrifying and the interactables are absurdly detailed. It has no lulls, nothing ever gets played out or boring. It has a ton of fan service and builds some really exciting hype for the future of the series. However, I wish that the game built its core mechanics over time the way Portal 2 so famously did. Alyx is much more akin to a rollercoaster ride than a hill to climb. If you can afford the price of admission though, it’s one wild ride.

A PC copy of Half-Life: Alyx was purchased by TheGamer for this review and played on the Oculus Rift S. Half-Life: Alyx is available now on Steam and can be played using all Vive, Oculus, Index, and WMR headsets.