Gears Tactics Might Have What It Takes To Compete With XCOM

Gears Tactics was announced at E3 2018 alongside Gears 5 and the Funko-branded Gears Pop! It almost seemed like a joke to pull the Gears franchise in so many disparate directions, but the more we’ve seen of Gears Tactics, the less we’re laughing. Not only is Microsoft taking this entry into tactical strategy very seriously, Gears Tactics looks like it could be something special.

Gears Tactics draws the obvious comparisons to other turn-based strategy games, such as XCOM. Co-developed by The Coalition and Splash Damage, this fast-paced, turn-based strategy game lets players plan coordinated strikes for a whole team of warriors as they try to find the best line of attack without sacrificing too much cover.

“When we were thinking about how to expand the Gears of War universe, we locked in on this idea of a tactics game, because we have some common areas in the fact that Gears has squads and cover is important,” says design director Tyler Bielman. “But it was important that we do our version of a tactics game, so we made a lot of effort to pace up the game. You have as much time as you want on your turn to figure out your strategies and where you want to go, but everything else is faster. We wanted it to feel a lot more intense than traditional tactics games.”

During an extended demo, we got a taste for Gear Tactics’ faster pace and watched a handful of soldiers face off against a squad of Locust grunts. Unlike many strategy games, the heroes in Gears Tactics don’t move along a grid. Instead, players are free to move around the battlefield however they like. This opens up new strategies as players now have a greater level of flexibility to create flanking routes around their enemies. At the same time, it’s still very important to grab cover and find lines of sight that give your heroes a higher percent chance to hit their targets.

Another big change to combat is how Gears Tactics approaches its action system. Traditionally, strategy games allow players to move each hero once per turn before attacking. Gears Tactics, on the other hand, gives each hero three action points to use each turn, and players can choose to mix and match their movements or attacks however they like. Meaning, a hero left on the outskirts of a combat zone can use all three action points to make a mad dash across the battlefield. Alternatively, a character who is well positioned could use all three actions to attack. The heavy gunner class actually has an ability that makes each successive attack more deadly, as long as they don’t move between shots. Another neat trick is placing a character with three actions into overwatch, so when enemies move into their field of view, your soldier attacks up to three times.

The final piece to Gears Tactics strategy puzzle is the execution system. After dishing out a set amount of damage to an enemy, it might fall into an execution state. Enemies in an execution state crawl slowly along the ground and pose little threat, but they can be revived by their companions. On the other hand, if your heroes get within melee range of these downed foes, they can perform an execution. These brutal melee attacks not only remove those enemies from the board completely, but they also give the rest of your companions an additional action point to use during that turn. Players who find good ways to push deeper into the battlefield may be able to chain executions together to keep their turn rolling for a long time.

“To counter all that freedom, we serve up a lot of enemies,” Bielman explains. “Our average enemy per encounter count is pretty high. You are facing a lot of different types of enemies, some that create fronts and are defensive, some that will snipe you from afar, and some that will actually rush you and try to push you out of cover. The whole combination makes the game feel like Gears of War, just kind of boiled down to its essence. It’s about flanking and it’s about cover and it’s about combinations of tactical moves.”

Players have five different classes to choose from and each class has over 30 different skills to learn as they level up over the course of the game. Gears Tactics doesn’t feature any top-level base building mechanics similar to XCOM, but you are rewarded with better equipment after each level, and additional gear is scattered throughout the levels. All of these weapons can be modded, and players can also visually customize each piece of gear with a variety of paints and visual patterns.

The story for Gears Tactics is set 12 years before the first Gears of War and follows  defiant COG soldier Gabe Diaz, who just happens to be the father of Kait Diaz, featured in Gears 4 and 5. Gabe’s squad is ultimately tasked with assassinating a Locus scientist named Ukkon. However, Ukkon isn’t some pencil pusher, he’s an elite member of the Locust Council and one of the geneticists responsible for breeding some of the nastiest monsters in the entire Horde.

“He’s the monster that makes monsters,” Bielman says. “In Gears games, we have these big bosses. We’ve got Brumaks and we’ve got Corpsers. If you’ve never seen a Brumak, it’s basically a big dinosaur with rocket launchers strapped to it. You’d think, ‘Wow, who would actually do that? Who would put rocket launchers on a dinosaur?’ That’s Ukkon. So Gabe’s team needs to find him and shut him down before he improves the Locust army any further.”

Based on everything we’ve seen, Gears Tactics looks like it should be a fun ride for Gears of War diehards. However, strategy fans who have never played a Gears game before might also want to give this a try. Despite the recent coronavirus outbreak, Gears Tactics is still set to launch on April 28 for PCs and will be available from day one for Xbox Game Pass owners (you still have to play on PC). An Xbox version is in the works and will release at a later date. 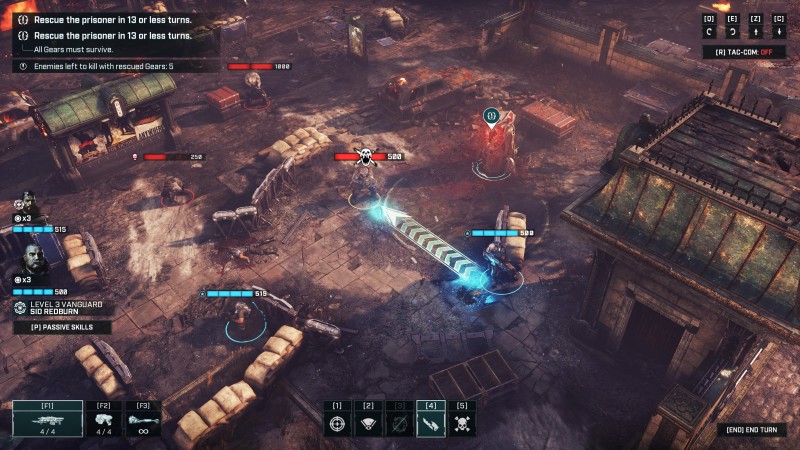 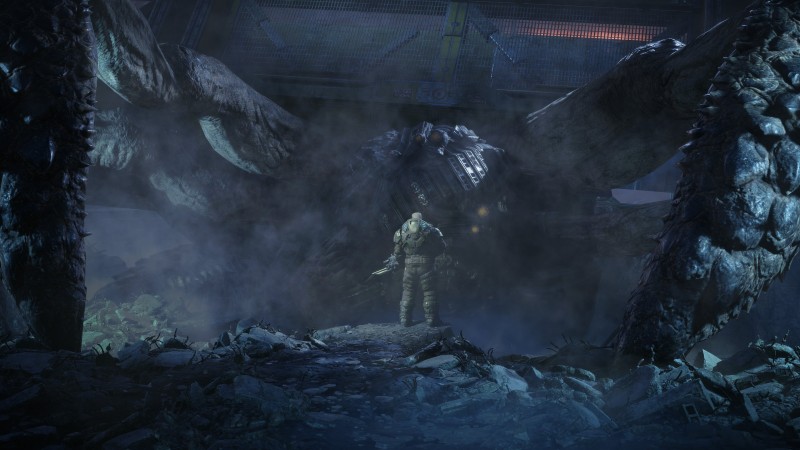 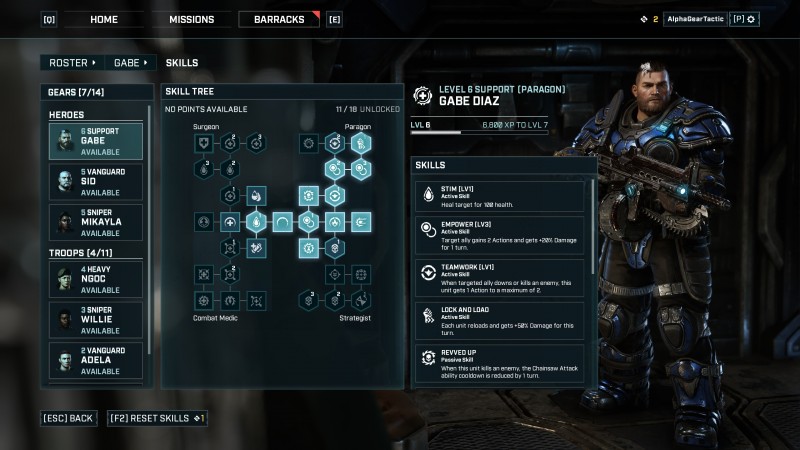 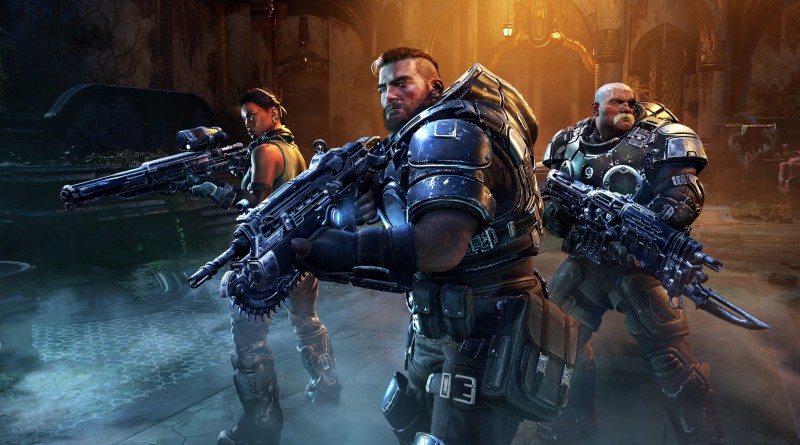 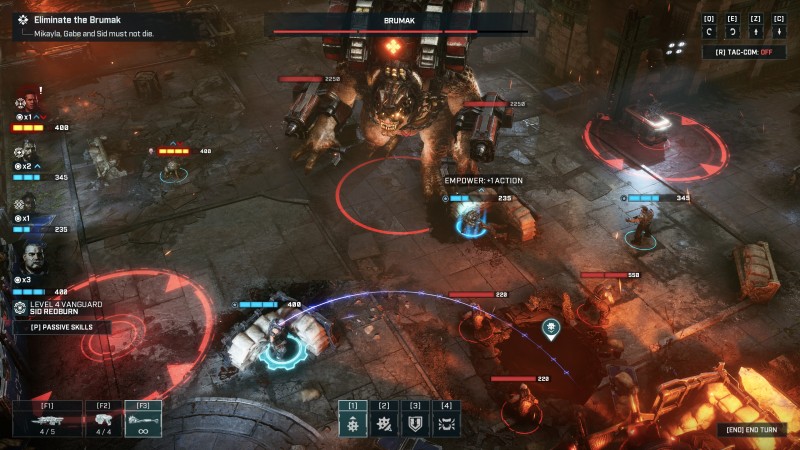 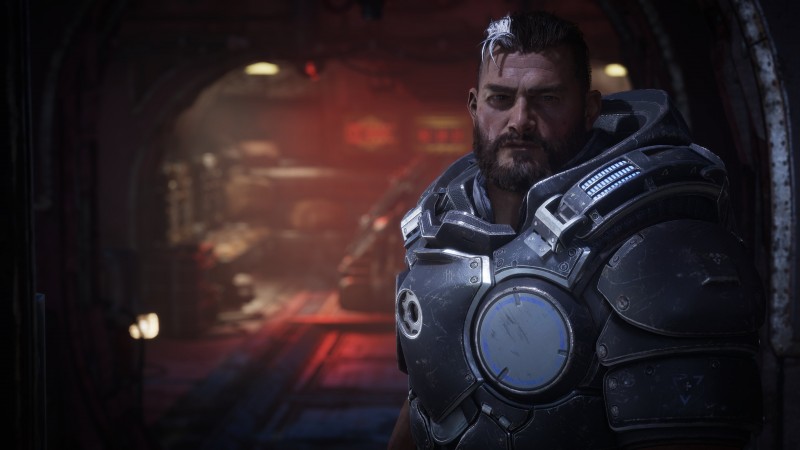 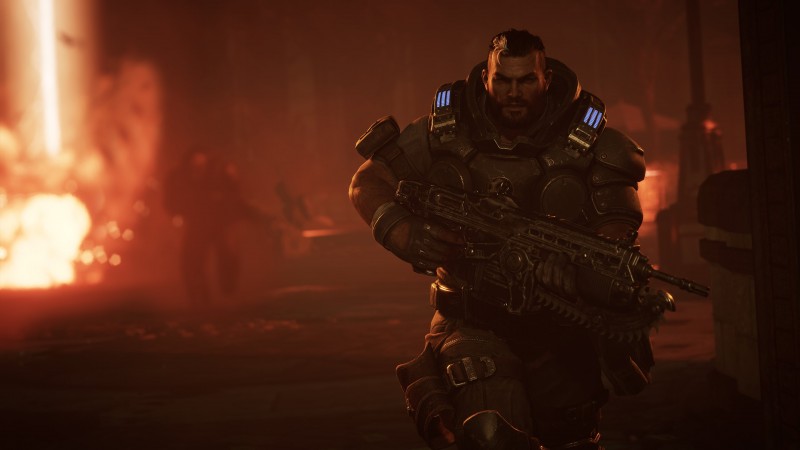 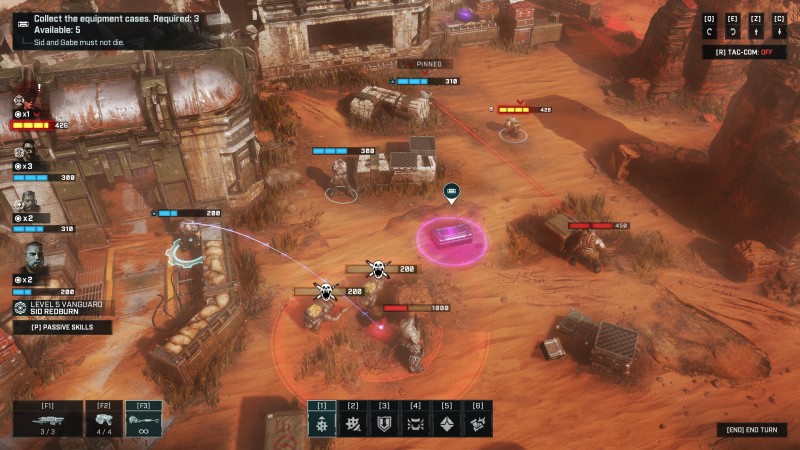 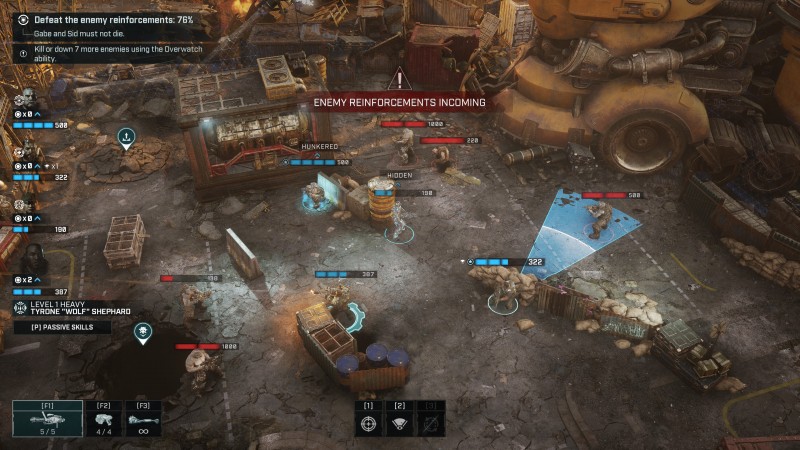 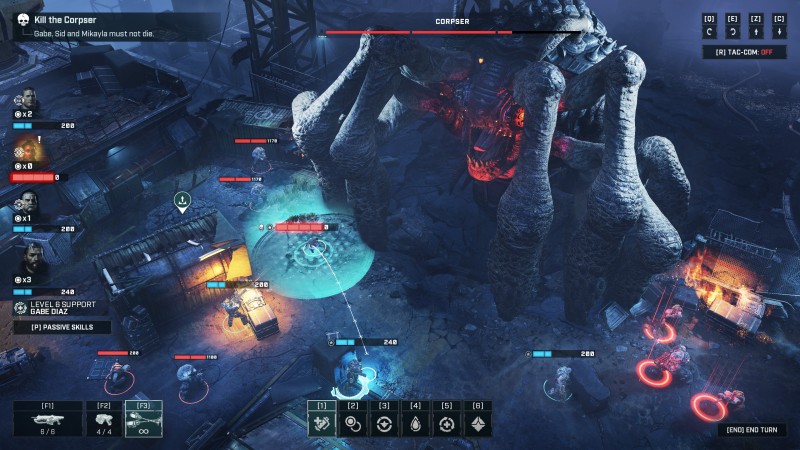