Fans of Final Fantasy VII have been discussing the game at length on internet forums since the late ’90s. It’s a game that has enough oddities and unsolved mysteries to keep people invested for over two decades. There are going to be plenty of mysteries added to that pile soon, with the Final Fantasy VII Remake due to be released in April.

There is one theory that grew in popularity over time, due to new information that was revealed in various Final Fantasy VII spin-off games and novels. The upcoming Final Fantasy VII Remake might finally resolve the question of whether Cloud Strife is the son of President Shinra. 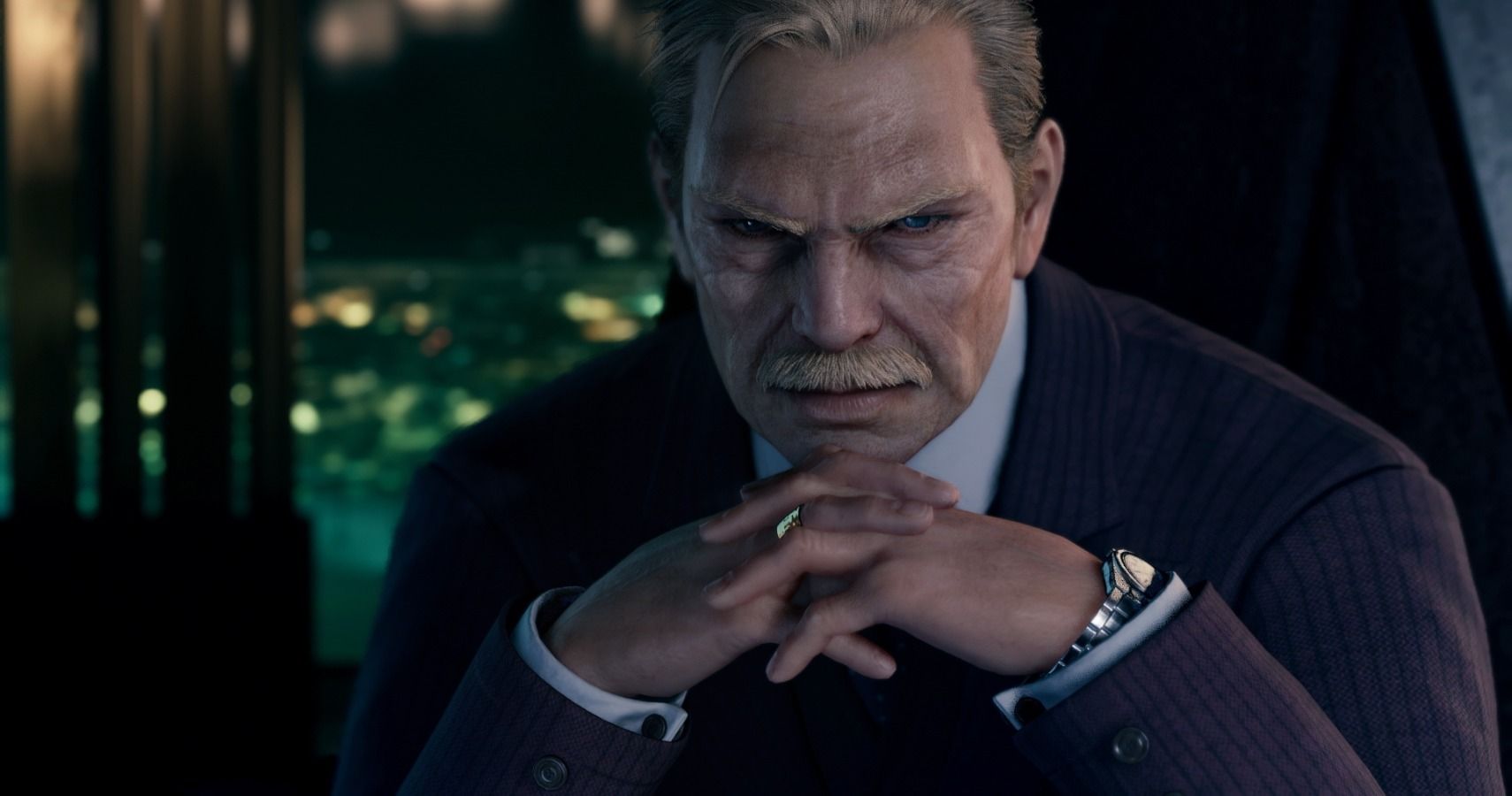 President Shinra (first name unknown) has one legal son. In Final Fantasy VII, President Shinra is murdered by Sephiroth and his position is taken over by his son, Rufus Shinra. It was believed for the longest time that Rufus was killed when Diamond Weapon attacked Midgar, but On the Way to a Smile confirmed that Rufus escaped through a secret passageway. Rufus plays a major role in both The Kids Are Alright and Advent Children, where he maintains his position but undergoes a redemption arc.

The protagonist of The Kids Are Alright is a teenager named Evan Townshend, who is unaware of the fact that he is the bastard son of President Shinra. Evan’s mother, Annette, was President Shinra’s former secretary, but she kept the knowledge of his lineage a secret. Evan doesn’t become aware of his true heritage until he is told by Rufus Shinra & the Turks during the events of the story. 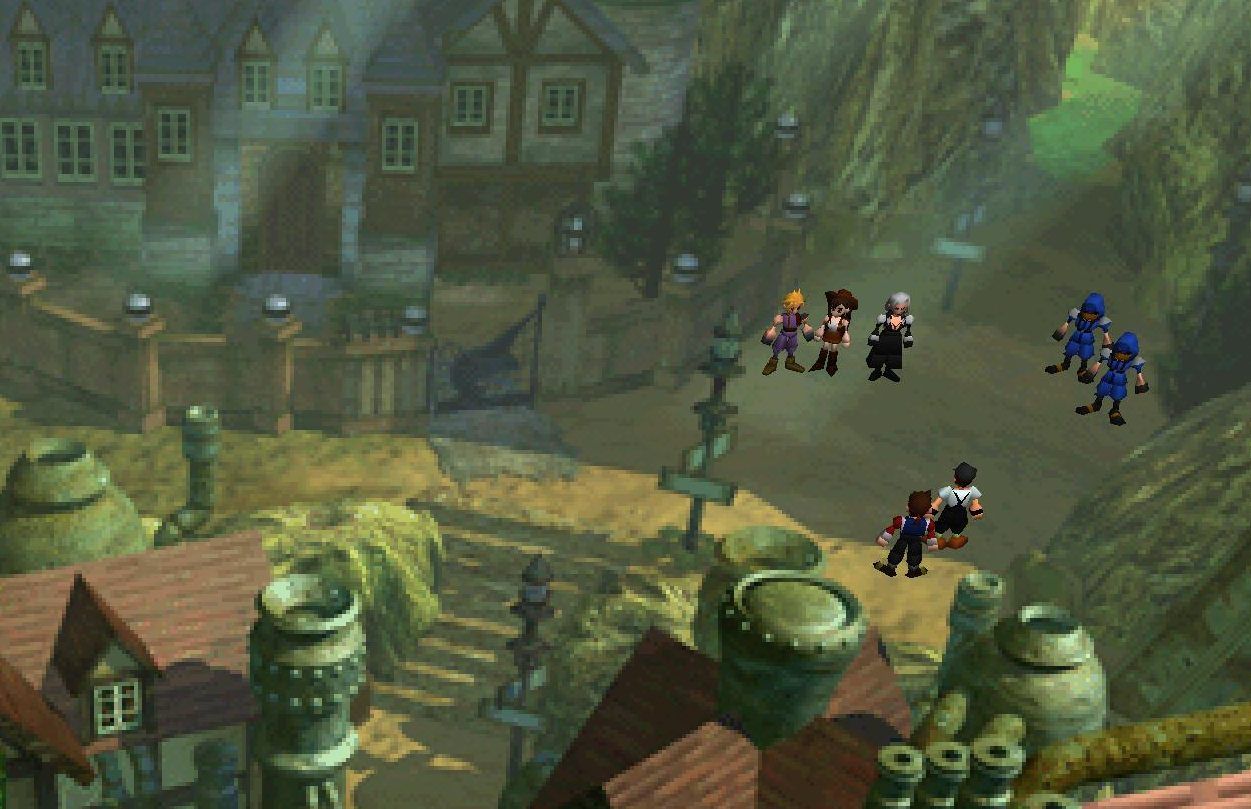 Cloud Strife grew up in Nibelheim with his mother. We know nothing about Cloud’s father, except that he died when he was very young. Cloud’s mother remains in Nibelheim when he departs to become a member of SOLDIER and she is later killed when Sephiroth goes berserk and puts the town to the torch. Cloud never discusses his father in the story and we know nothing about him, except that he is dead.

The Theory – Cloud Is The Illegitimate Son Of President Shinra 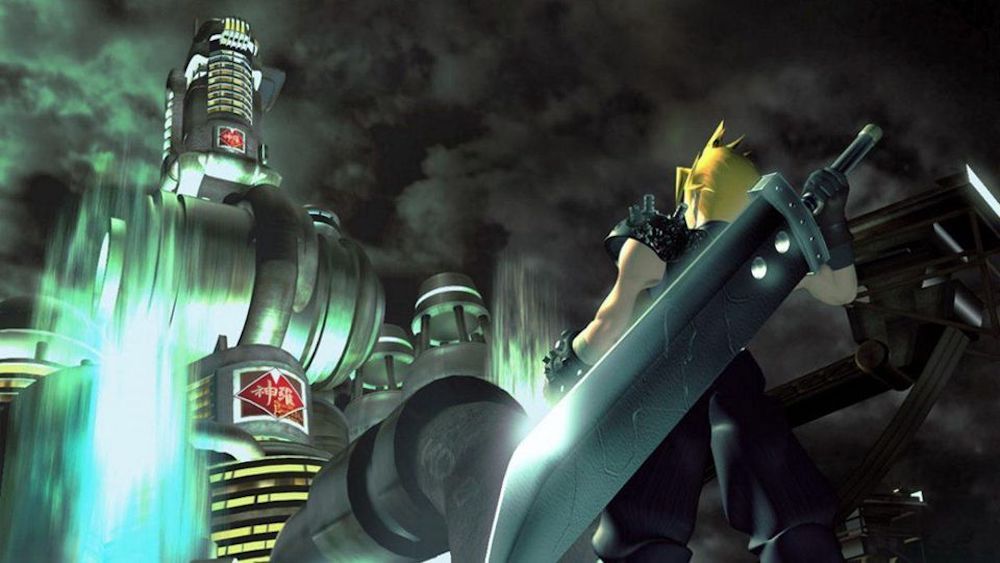 The origin of the theory stems from the fact that Nibelheim is home to the Shinra Mansion – a place that is clearly important to the Shinra Corporation, as it’s named after the family. Assuming that Cloud’s mother lived in the same house throughout her life, then she was in close proximity to the mansion. President Shinra is obsessed with the Promised Land and the Cetra, all of which are detailed within the library in the Shinra Mansion. One theory posited on Reddit suggested that there is a timeline link between Professor Gast being tracked down by the Shinra Corporation. If the dates match up correctly, then President Shinra (possibly in a lesser role within the company) might have been in Nibelheim to search the Shinra Mansion for clues as to Gast’s whereabouts, as he likely used the hidden lab in the basement. This would line-up with President Shinra being in Nibelheim at around ten months before Cloud’s birth.

Cloud bears a strong physical resemblance to President Shinra, Rufus, Lazard, and Evan. Evan’s mother lied to him about his father dying (claiming that he perished during the Wutai War), which could be a hint that Cloud’s mother used the same excuse. It would be fitting if President Shinra’s company was taken down by his own son, even if neither were aware of Cloud’s true lineage.

Final Fantasy VII Remake will focus on the Midgar section of Final Fantasy VII, so we’re likely to learn a lot more about the origins of the Shinra Corporation, as we know little about the history of the company. The Shinra Corporation managed to take over the world in a very short period of time, thanks to their monopoly on Mako energy and the super soldiers they created with the aid of Jenova cells. It will be interesting to discover more about how the Shinra company stole power for itself.

A lot of the hints for the Cloud/President Shinra theory occurred in the Final Fantasy VII spin-offs, but we know for a fact that stories like The Kids Are Alright will be canon, as characters like Leslie and Kyrie have appeared in screenshots of the game. The developers of Final Fantasy VII Remake now have a chance to make this theory canon and cement a relationship between Cloud Strife and the Shinra family.