Home » Reviews » Figuring Out The Meaning Of Names In Disco Elysium

Figuring Out The Meaning Of Names In Disco Elysium

This piece contains spoilers for the entirety of Disco Elysium.

One of the first quests you assign yourself in Disco Elysium is to discover your amnesic detective’s name. As luck would have it, you’ve also somehow misplaced your police badge, and when prompted to introduce yourself to your new cop partner Kim Kitsuragi, you can blithely come up with ‘Raphaël Ambrosius Costeau’. It was a name so pretentious that it momentarily sent psychic shockwaves through Kim, leaving him stunned for a few seconds, after which he quickly regained his composure and proceeded with, well, regular conversation.

But more than just quirky nicknames, names feel like a lofty, important status in Disco Elysium, often discussed and debated, sometimes obfuscated and lost, with the weight and gravity of their meaning a subject of personal fascination. Klaasje Amandou, who has been dubbed the ‘Miss Oranje Disco Dancer’ by the detective, is probably the game’s most notable example: you’ll soon realise that Klaasje Amandou is not her real name, as the lady deftly avoids divulging any truths behind her background with a deluge of falsehoods and lies. She’s a consummate liar, quick on her feet but disarmingly attractive, and even when under duress during your interrogation of her, she still has the acuity to reveal her other names, bit by bit—first Annouk Meijer-Smit, and then Katarzine Alaczije—both of which turn out to also be fake. If you can believe it, all of these stemmed from her chequered history of committing corporate espionage in her past life, which has made her a lot of powerful enemies who essentially want her murdered. Names, in Klassje’s instance, are her way of fending off her past mistakes.

Names, too, are also how the detective himself can attempt to discard his turbulent past and heartbreak over a failed relationship. While investigating the case of the lynched mecernary, he will stumble upon the very vehicle that he has attempted to dispose of in his previous night of drunken ennui—along with his lost police badge. Here’s when you’ll discover the detective’s true name: it’s Harrier Du Bois. Or Harry, as acquaintances would refer to him as. Harrier can, in a cry of despair, ask for a different name. “One I haven’t ruined yet,” he adds. Kim helpfully suggests that he can look into changing his name after they’re done with the investigation.

It’s also then, with a successful Empathy skill check, that Harrier realises that Kim, too, has had some doubts about his name, but had decided to deliberately shelf away these thoughts. When asked about whether he wanted to change his name before, this is how Kim reacts:

“Change? No, not exactly. But I think all of us at some point imagine what our lives might have been had we been something else. And then we feel trapped by the names we’ve been given, as symbols of the intentions and expectations of others…” He pulls a long, pensive drag. “Even if I were to change my name now, upon hearing any syllable that sounds like *kim* in the streets, I’d turn to see who was calling me.“

It’s a moment that quickly passes, but it’s also one that suggests that, unlike Harrier and Klaasje, Kim’s attachment to his name persists in spite of difficult events in his past. Rather than turn away from his history, Kim has instead decided to live with the baggage and expectations that comes with his name—from his distaste from being referred to as “Kimball” as a ex-champion of a youth pinball competition, to even his racial identity that is his Seolite ancestry, in a city that’s decidedly, even if implicitly, prejudiced towards its non-white characters. It speaks volumes of Kim’s stoic, steadfast personality. 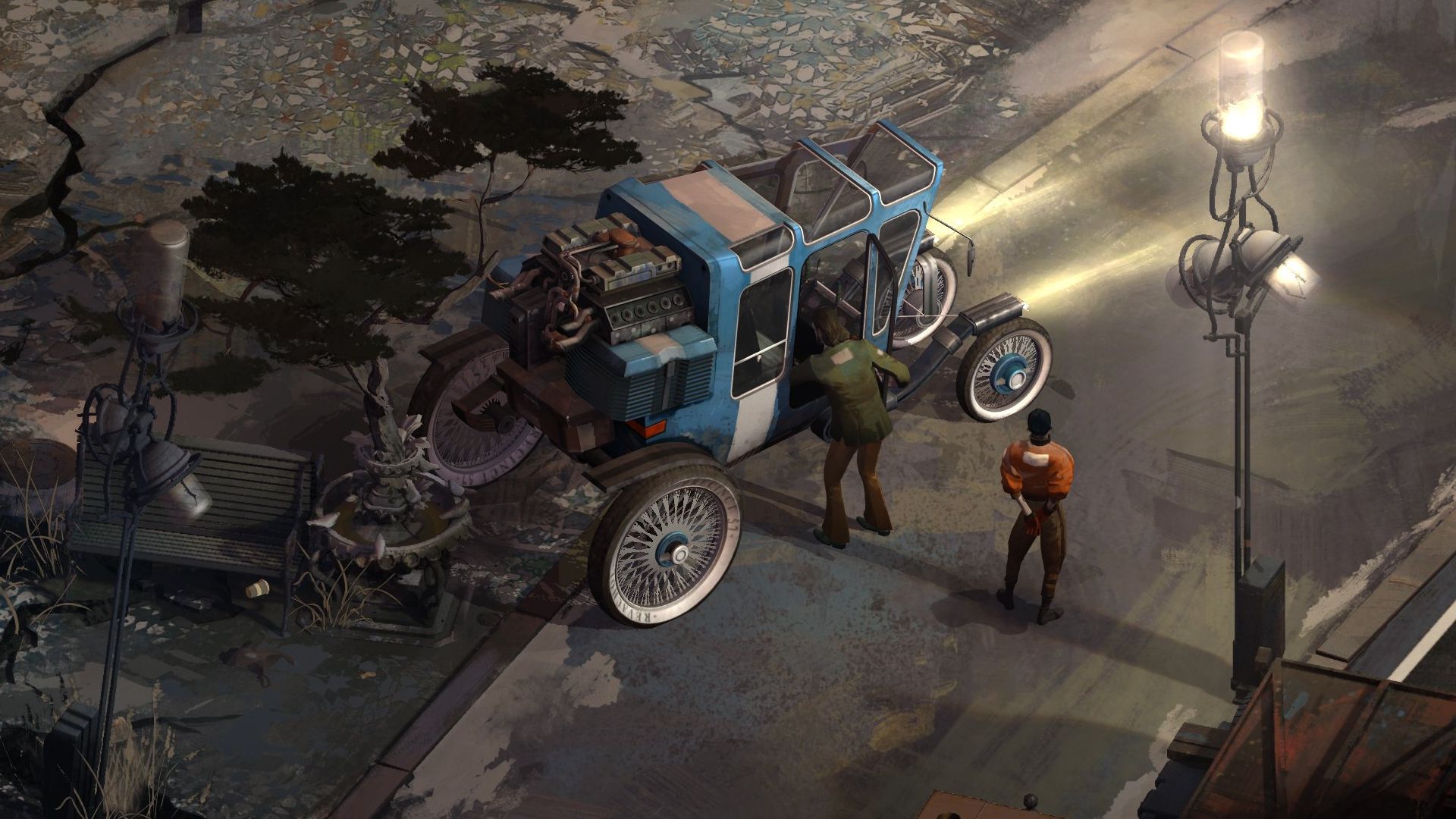 Living in and growing up in Revachol, where the entire game is set, is probably not the most pleasant of experiences for someone like Kim; it’s a city that feels like it’s on the cusp of death, filled with bullet holes and broken structures from its failed revolution, and it has a tendency to constantly wears its denizens down. In holding so steadfastly to his name, there’s something quite remarkable in Kim’s unwavering spirit of ingesting all the shittiness the city has to offer, only to continue soldiering on as the game’s most incorruptible cop.