The bellows let out a satisfying hiss as I launch my whole – although admittedly tiny – body onto them. I can almost feel the orange heat of the engine flames as I fan them. The ship lurches forward under my feet, humming with energy and rumbling with exertion. I can’t stop and take it all in, though: there are more jobs to do.

I load the engine with more fuel – bits of junk and flotsam I’ve picked up along my way – I grab the hose and spray the engine with a quick jet to cool it down, I give the bellows another pump for luck, and I head to the top deck. There, I have to manage the sails and mast to keep us heading forward full throttle. Both have seen better days, and it feels physically harder to pull the tattered sails taught to best capture the wind. If only I’d pulled the mast down before that low bridge, I’d have an easier time right now. But there’s no time to ponder the would haves and should haves – the engine is faltering, and the bellows call.

It’s a good job that doing chores aboard your ship in FAR: Changing Tides is satisfying, because that’s all you really do. The bulky ship is a noisy companion in what would otherwise be a lonely adventure, filled with hisses, rumbles, and most satisfying of all: clicks. As you clip a hose into place, close a pneumatic door, or secure your winch to a piece of ancient and possibly arcane machinery submerged at the bottom of the ocean, you get immediate satisfying aural feedback. It’s as if the game is saying ‘good job’ and rewarding you for completing a mundane task with a lovely noise. 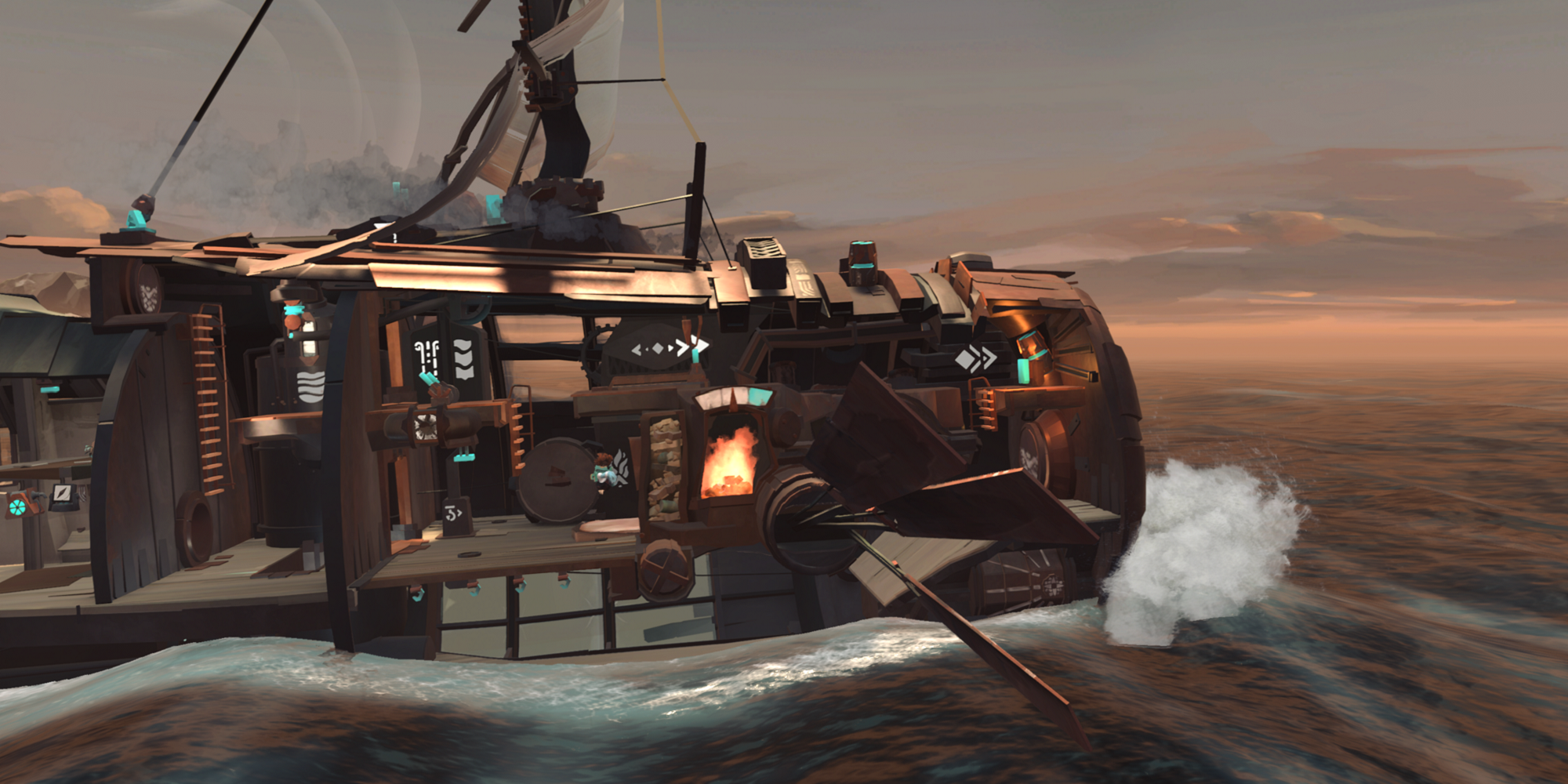 Your job is to make boat float, and the rest of the game is incidental. The only ‘story’ of sorts is the slow reveal of how the world came to be flooded, all told through cryptic environments and the light platforming puzzles you venture outside your vessel to solve in order to progress through a locked gate or past a rusted lighthouse that has fallen across your path as if felled by a giant lumberjack harvesting stripy towers.

The post-apocalyptic vibes are simply immaculate, to the point where I would actually like longer periods spent just traversing so I can better take in my surroundings and watch the world go by as my ship pops, fizzes, and whistles. However, the world of Changing Tides feels more alive than its predecessor, FAR: Lone Sails. It maintains the solitude of the apocalypse but it definitely feels more alive. Especially underwater.

At one point in the game, I was navigating the sea. Navigating is a strong word for a side scroller, but you get what I mean. The oceans look stunning in Changing Tides, rolling waves reflecting orange sunsets and stormy skies, punctuated by a dilapidated buoy or wrecked boat warning you of a potential fate. But I decided to dip beneath the surface – the boat doubles as a submarine after a few hours – and was greeted by a swarm of fluorescent jellyfish dancing in my wake. If I hadn’t just decided to submerge my craft for a change of scenery, I wouldn’t have even known this beauty existed. It felt like a true discovery, rather than the whales and deer that the game steers you towards. They’re beautiful nonetheless, but nothing comes close to the feeling of actually discovering something for yourself. 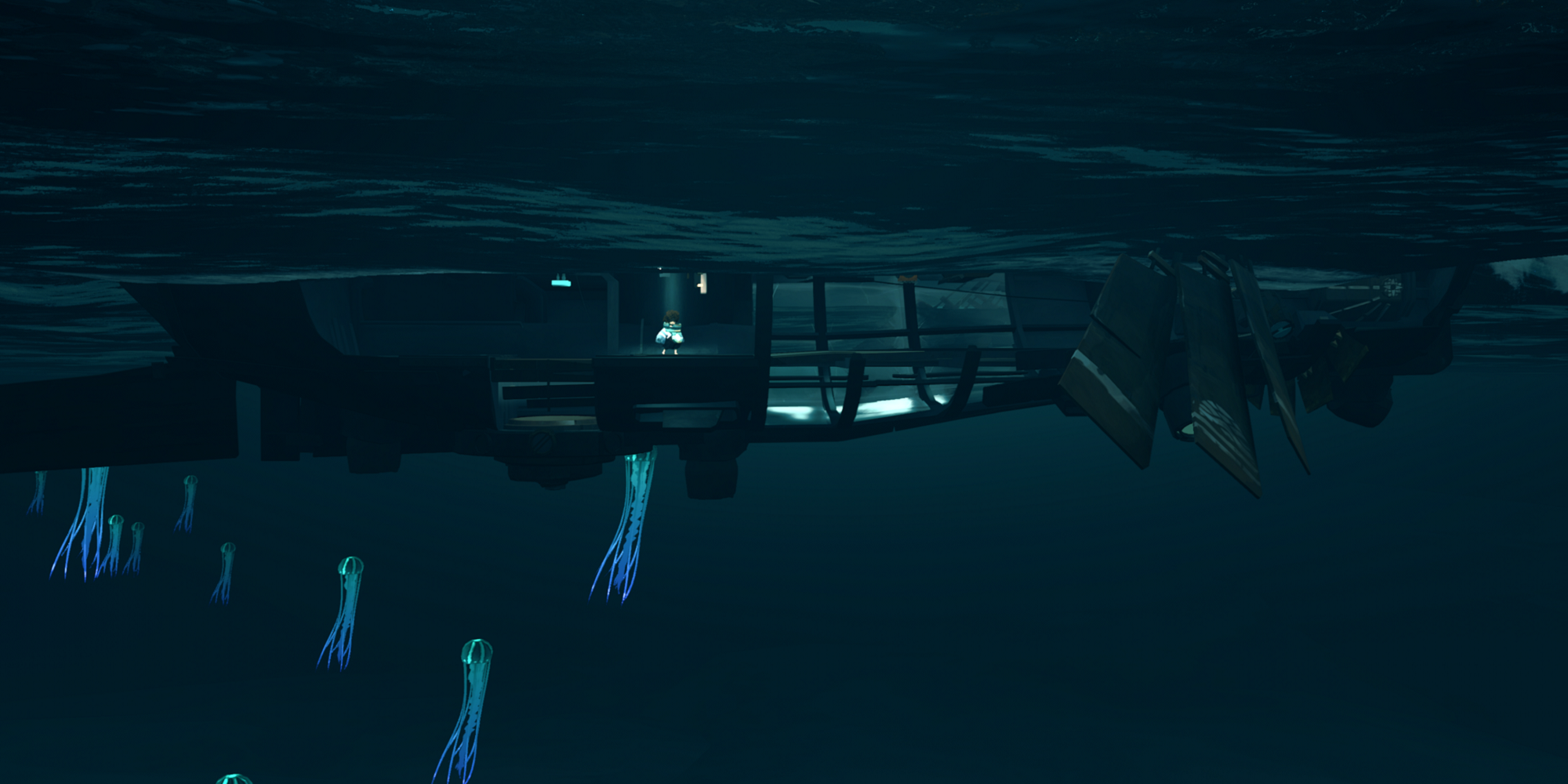 When it comes to the paths that the game forces you to take, most are good and interesting. I was momentarily stumped at a few puzzles, but persevered to make my way through each time. Occasionally things feel arbitrary, though. Submerging the ship underwater to bypass an immovable obstacle, only to immediately reemerge after is a lot of faff with little payoff and I felt like the game just needed to flex its systems once again, asking me if I remembered how to dive for no reason other than to give me something to do. This didn’t happen often – most obstacles feel worthy of your time either through difficulty or just by being interesting – but Changing Tides would sometimes benefit from just letting you vibe for a little longer.

The game’s sense of scale is impressive also. You feel small when running from one end of the ship to the other to fix the sail or load up the engine, but when you’re chugging along you feel a part of a bigger whole. The game is never scared to make you feel even smaller though, dwarfing your ship with huge structures for you to scale or forcing you to submerge to the deepest depths to progress through a subterranean pipe or ocean crevasse. Such features are never insurmountable, there’s usually a handy winch or elevator to scale them, but the howling wind at the top of a dam and the dark, murky view from the ocean floor tell you that this world is massive and terrifying. It is allowing you to pass through, but the harsh environments could take you whenever they want. 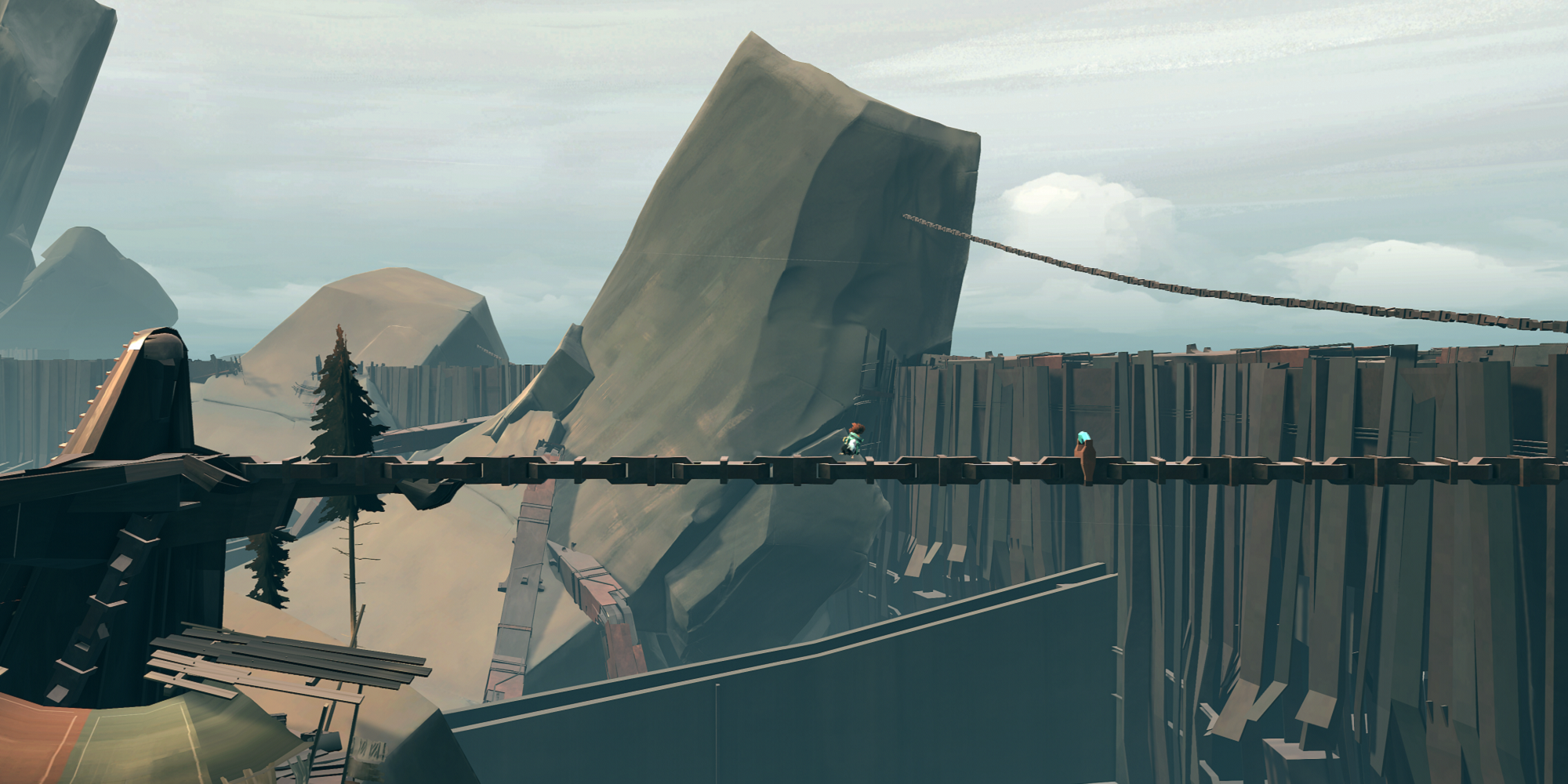 FAR: Changing Tides sticks to the same formula as its predecessor but never feels stale. It adds just enough to be different without overwhelming you with jobs and actions to complete. Everything is carefully planned: the flotsam that powers your engine is painstakingly placed to give you just enough fuel to get to the next puzzle if your engine management is good. The music swells at the right moments and quiets down when it recognises that you need a moment to take in your surroundings. The score always enhances, never intrudes, and creates pockets of magic in Changing Tides’ broken world.

FAR: Changing Tides’ gameplay loop of keeping your ramshackle vehicle running is simple but enjoyable. When you get into a good rhythm, you feel at one with your craft, everything goes smoothly for a minute, and you can enjoy the ride until the next mast snaps or abandoned wreckage blocks your way. It takes patience, but when every quick task is rewarded by a hum, whir, or click, and every obstacle inspires as much awe as it does terror, it’s all worth it.