Control: The Foundation DLC Review: Hope You Like Caves!

Remedy Entertainment’s metaphysical action/horror game Control received its first paid DLC expansion earlier this week. The Foundation takes Jesse into a subterranean cave system that runs beneath the Oldest House where the Astral Plane is colliding with our reality (this is very bad). In order to stop the encroaching oblivion, Jesse must use new crystal-manipulating abilities to fix four keys scattered around the Foundation and restore a mysterious monolith known only as The Nail. While the world-building is as strong as ever, The Foundation feels more like an extended side mission than a continuation of Control‘s story. 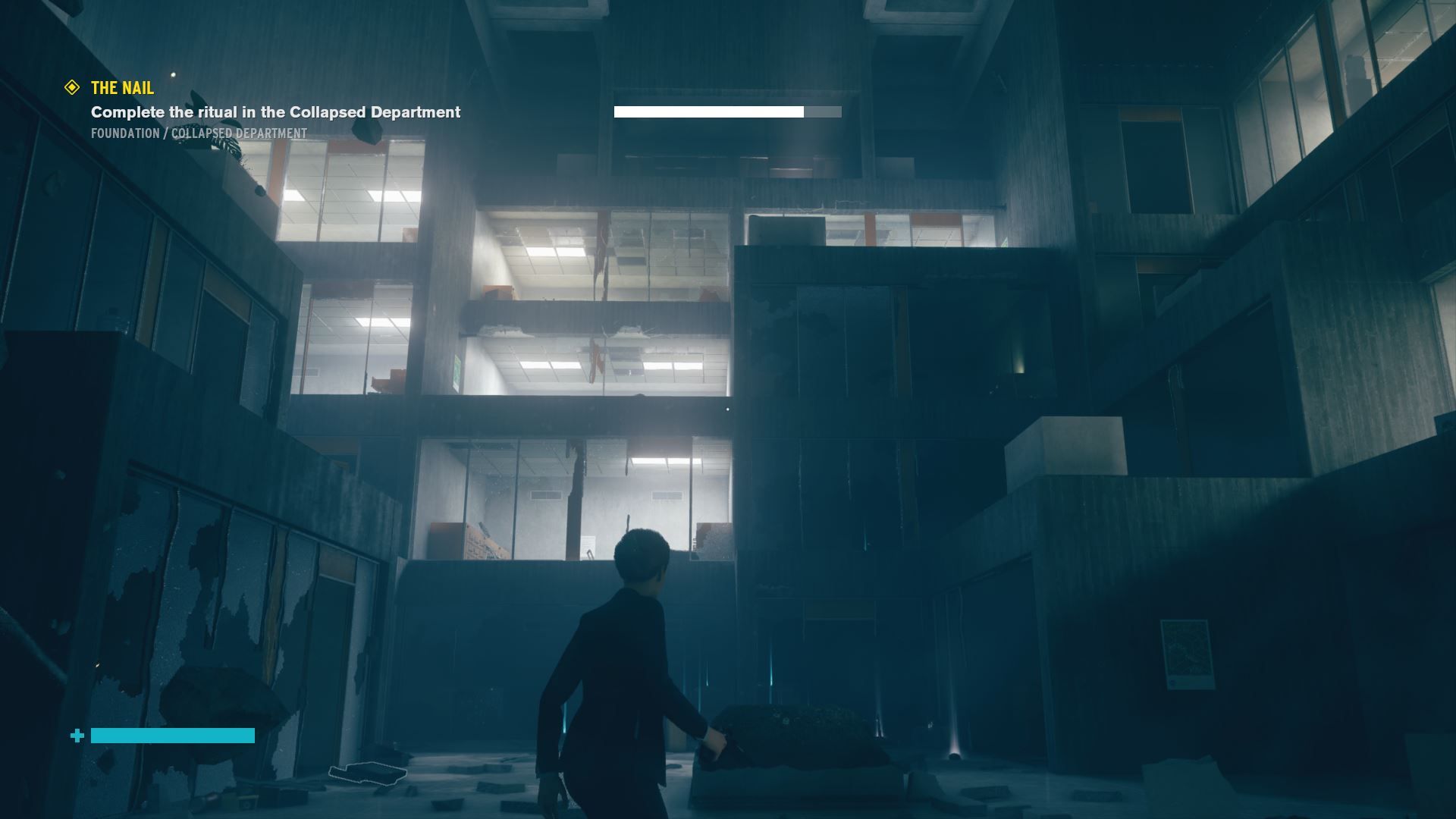 What I like about The Foundation is how much world-building it does. The Board, who/whatever they are, are directly threatened by what’s going on in the Foundation, and it seemed as though their cryptic instructions took on more personality than ever in this story. The astral entities are at war with the Hiss down in the Foundation and it’s fun to choose your targets and prioritize the enemies that are targeting you while the other enemies thin each other out. There isn’t anything too distinctly different about the enemy types. In fact, you may not even notice there are two factions. Control is better experienced atmospherically rather than narratively in my opinion, and that kind of stuff is a nice touch.

There’s juicy lore to pick up, perhaps some of the best yet. It doesn’t do much to explain what’s going on, again, it’s atmosphere building. I laughed out loud at a couple of the letters I found scattered around, and a few of them absolutely made my skin crawl. I love the lore of Control and the universe they’re creating. Just existing in that world is enough to keep bringing me back, even if I have some pretty big issues with the gameplay. 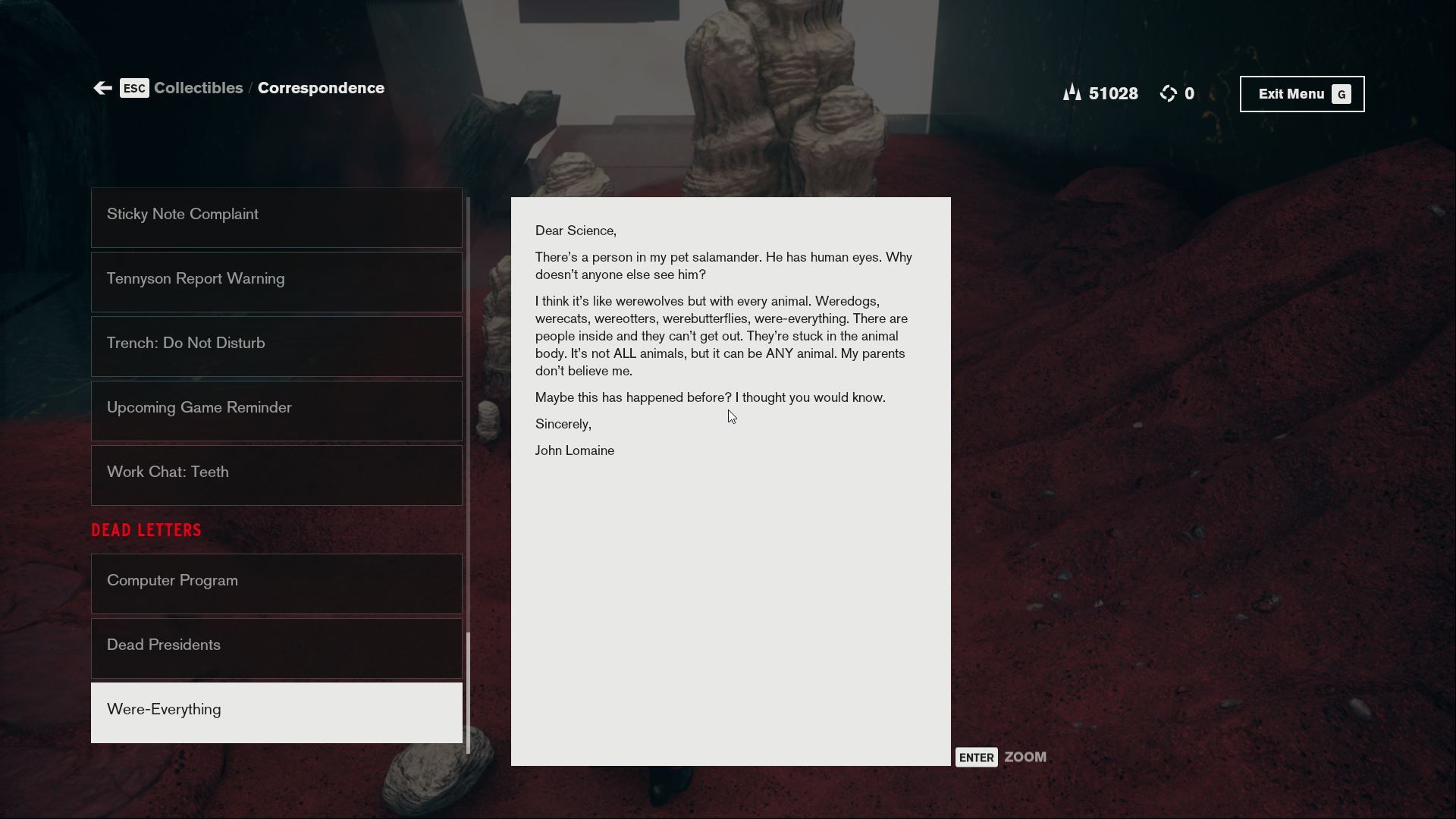 After the combat-focused free update Expeditions came out in December, I was hesitant to return to Control so soon. In both reviews for Control and Expeditions, I described my frustration with the combat in this game. I won’t spend too much time rehashing those opinions, but I’ll say that if, like me, you did not enjoy the combat in the base game, nothing here has really changed.

There are two new abilities added in The Foundation that are used in both platforming and combat. One ability allows Jesse to created platforms made of crystals in designated places, the other allows her to destroy crystals by shooting them. 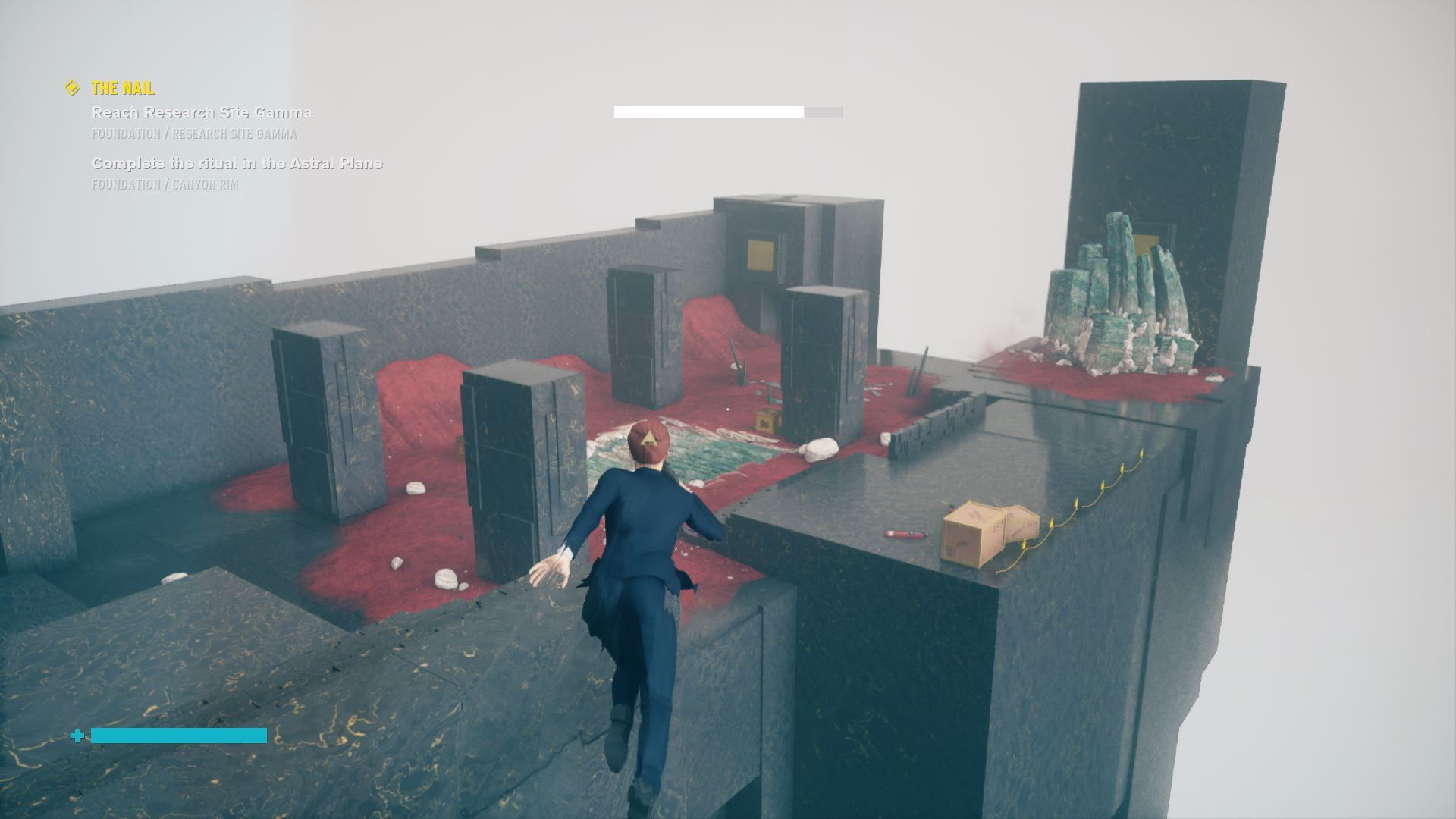 When it comes to platforming, Jesse will need to create crystals to jump to, as well as destroy crystals that block access to other platforms. It’s an extra step in a series of platforming sections that already feel like filler. There’s nothing to figure out and it doesn’t feel like a puzzle to solve. If you see a spot for a crystal, make one. If there’s a crystal that shouldn’t be there, shoot it. Then, take a slow, floaty jump to the next platform, rinse and repeat. There’s a lot of platforming outside of combat, and all of it feels tedious.

In combat, these news abilities are used to trigger traps. Spike traps can be instantly created underneath enemies in some places, while in other places, a well-aimed shot can destroy the crystal surface beneath an enemy, dropping them in a pit and killing them instantly. 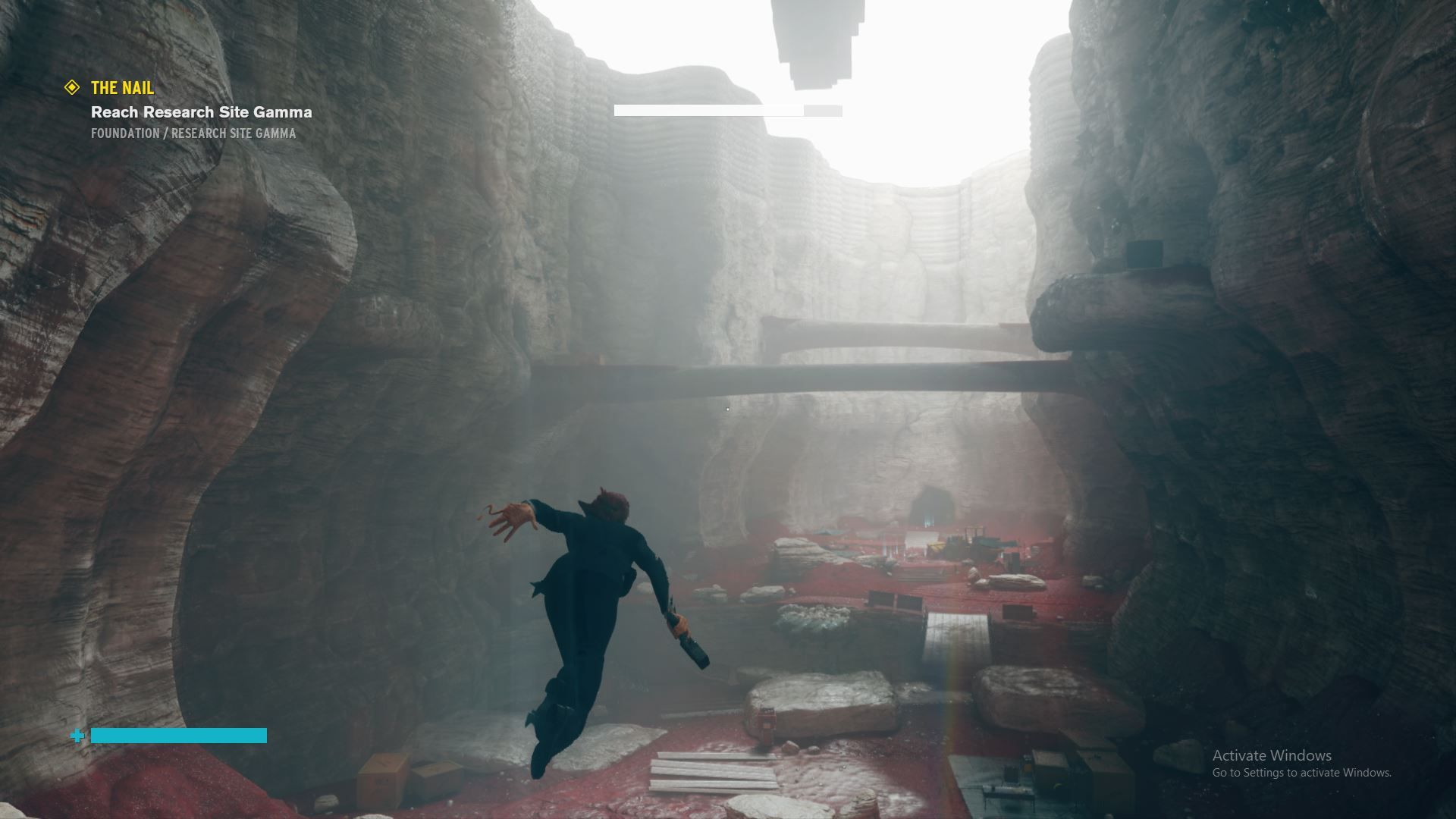 Adding environmental options for combat was a great idea for Control. Even though the traps are highly situational (more than half the enemies are flying after all), it’s always pretty satisfying to trigger a trap with the right timing. I wish this mechanic was in the base game, because the ability never really gets an opportunity to evolve and iterate in the short run time of The Foundation. It is used heavily in the last boss fight to the point I would say it’s required that you take advantage of traps to beat the boss. I hope part two of this DLC makes further use of environmental traps; it’s definitely something the base game was missing.

The Right Kind Of DLC

I like a DLC that delivers a shorter version of the base game, but mixes in new ideas and experiments with mechanics. The environmental traps are a great addition and I think the story they’re telling here is worth investing in. I’m not overly disappointed that it doesn’t really tie into the main story, as I expect the inevitable sequel to continue that those threads. 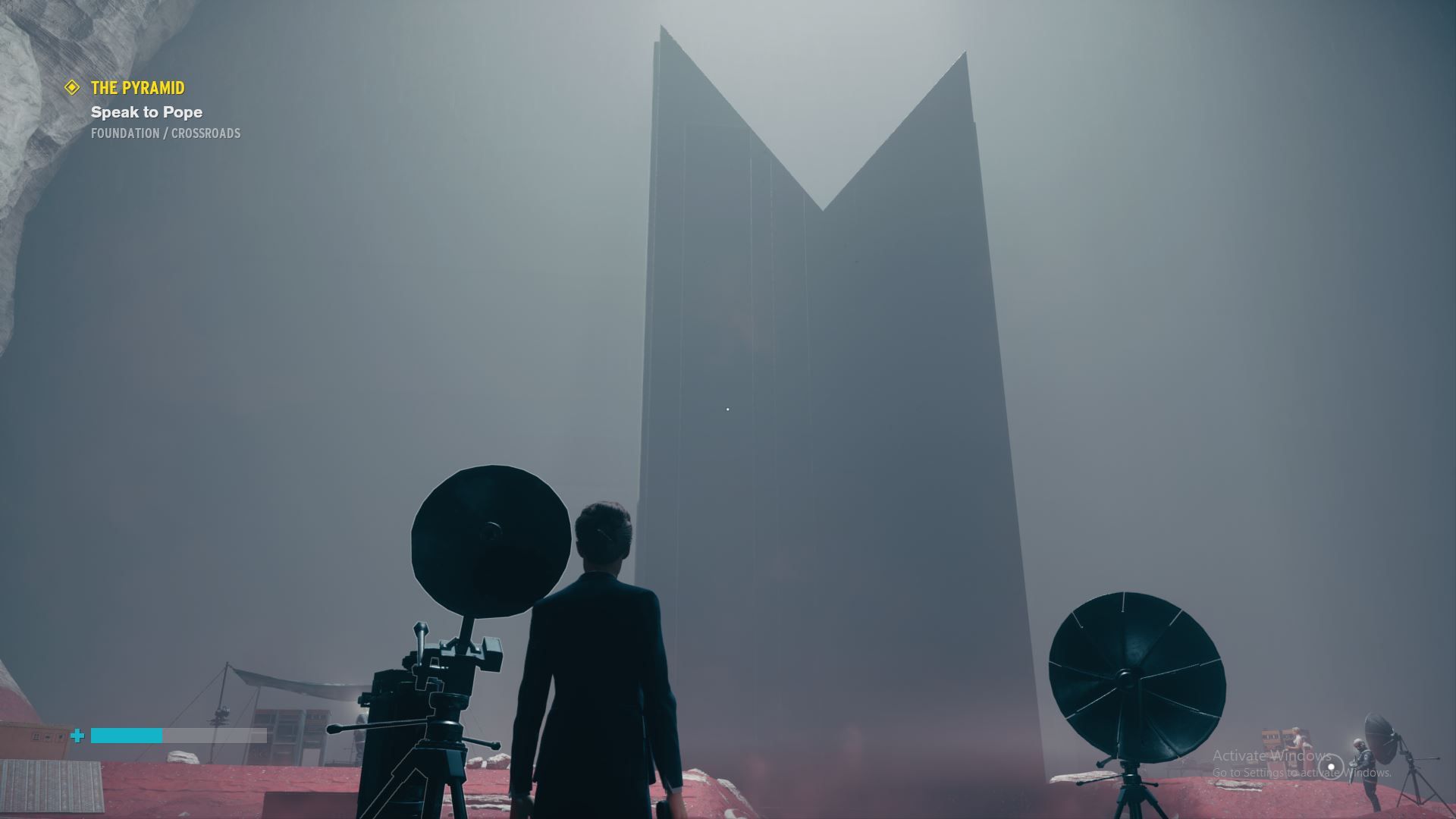 The world of Control has its hooks in me, but I still don’t particularly enjoy playing it. The platforming isn’t any kind of challenge or thrill, and the combat fills me with rage and despair. It’s interesting that a game called Control can make me feel like I have no control over my character or the battlefield. Traps help, but they only go so far.