Developer Atriagames has launched Breathing Fear onto the Nintendo Switch as a port of their PC game. This game used to be listed on Steam, but appears to no longer be purchasable, though the community’s discussions are still available. While the developer describes the game as a nonlinear and scary survival-adventure game, Breathing Fear suffers from several issues rooted in its gameplay mechanics that make it a dull, repetitive affair.

An Escaped Convict Arrives At A House… So, What?

The story begins with an escaped convict arriving at a house and breaking inside. We do not know who this individual is, and his story is never developed, so it is an odd introduction to the game. The character could well have been a milkman or newspaper delivery boy and it would make no difference to the main story that follows. 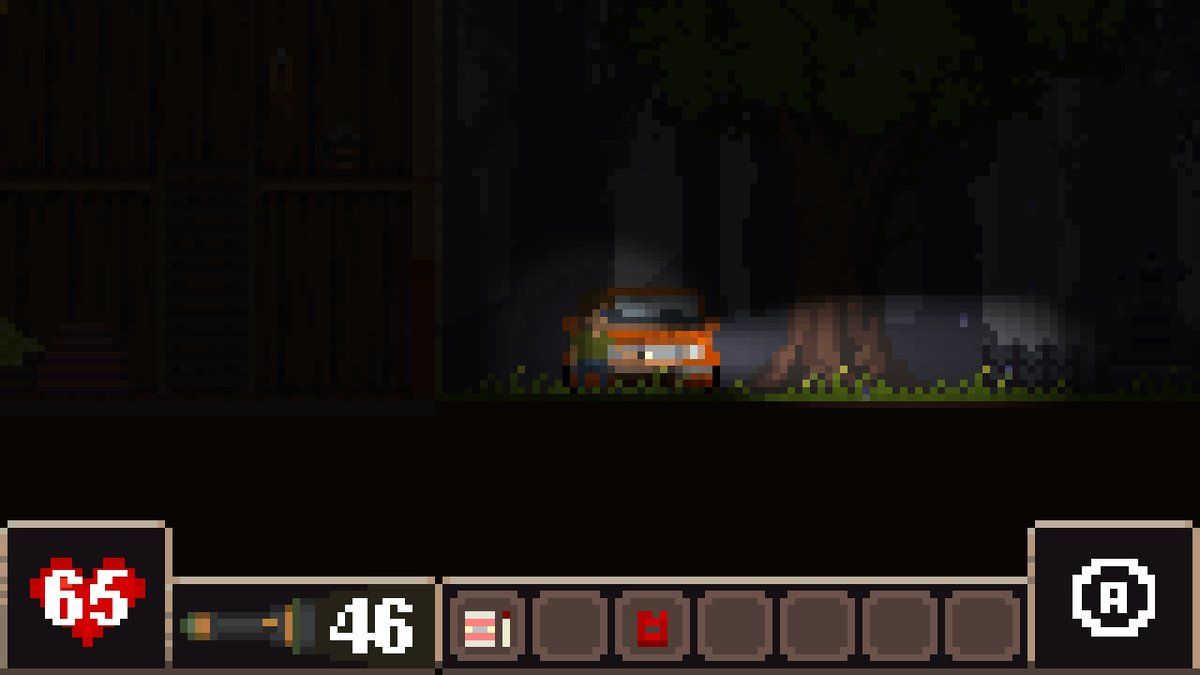 Breathing Fear forces players into a dark, atmospheric environment with little information or instruction. Players are only told to keep their heart race resource below 70, else they will die of a heart attack. Being in the dark, along with other certain events, cause this heart rate to spike up, but it can be lowered with beer, wine, observing certain objects in the game, and other methods. The image below is a cautionary tale of keeping that resource as low as possible, because a sudden scare can send it over the top, leading to death. 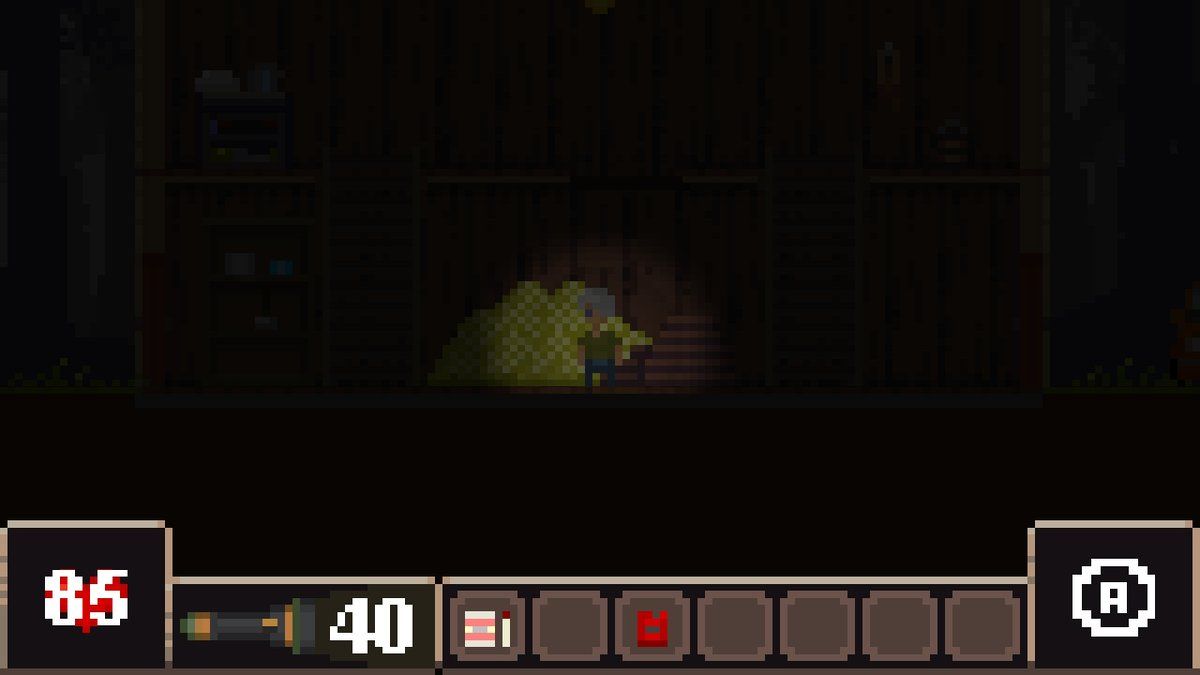 From here, the gameplay is straightforward and initially quite enjoyable: walk around and explore the house and its surrounding structures, examine everything to find clues, items, notes, and more about what happened, and connect the dots to advance the story.

In a sense, every survival-adventure or survival-horror game can be broken down into these same mechanical steps of going from point to point to find clues and items, but because there is no action or skill required in Breathing Fire – only straight memorization of what to do and in what order – the game begins to feel quite dull. The only variation from game to game appears to be a series of dates, which is likely to prevent speedrunning by always using the same information for passwords. 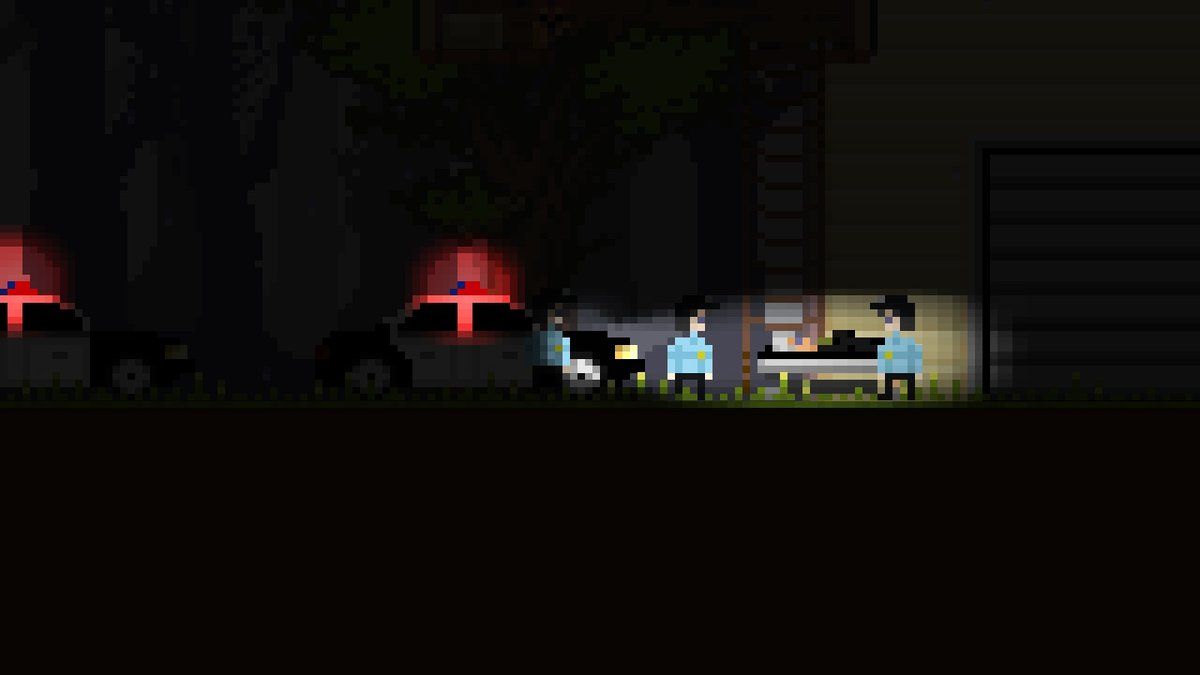 The dullness does not happen at first. Quite the contrary, as the first few explorations are the best part of the game. Players learn about the mysteries held in and around the house, bit by bit, while also trying to navigate their heartrate and flashlight resources. However, since there is no saving in Breathing Fear, nor is there any kind of way to mark progression leading up to a player’s death in the game, players are forced to restart from the beginning each time, and re-examine everything they have already examined.

The first time was not bad, but every time after was a repetitive chore, and the interesting atmospheric themes of the house quickly lost their charm. One simply needs to grind out the motions to get back to where they were, or to get to a certain point before trying for a different ending.

Non-Linear Gameplay? No, Not Really

Another issue with Breathing Fear is its linear structure that evolves following the initial period of discovery. The developer describes the game as non-linear, but that is only true to an extremely limited point. 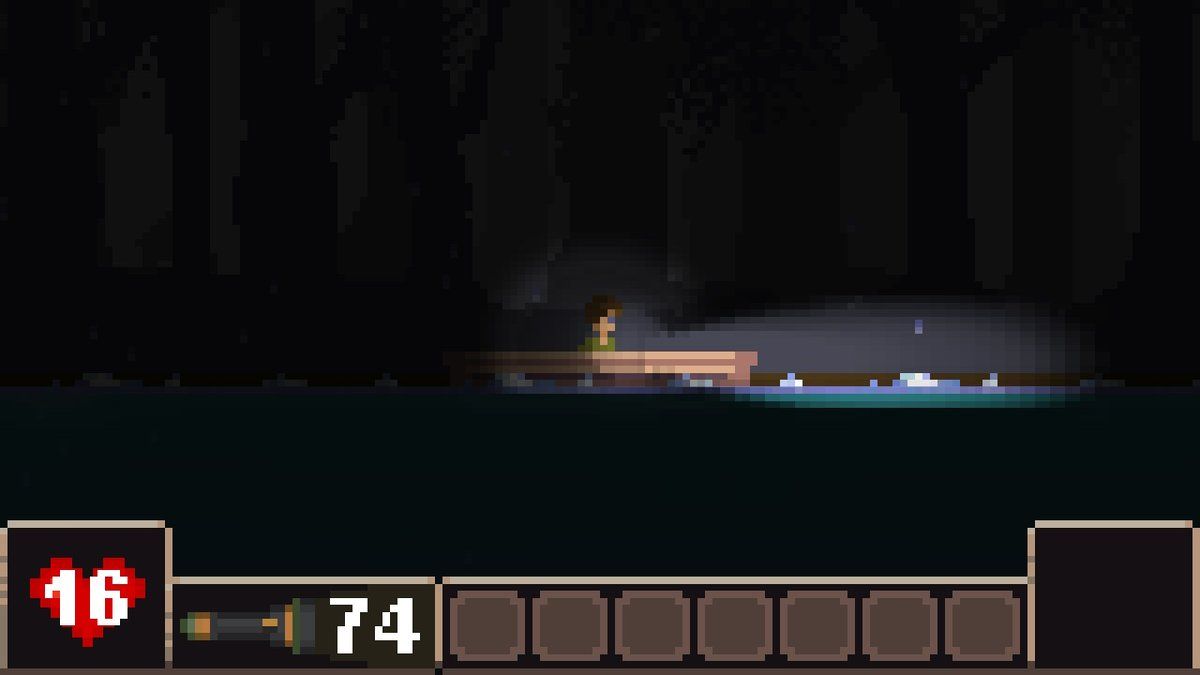 The puzzles and objectives in the game are not exactly clever. Players only need to wander about and take note of items that complement each other. The player needs gasoline, so eventually, they come across the canister and a car from where to siphon. This kind of explore and discover mechanic is standard in many games today, but without deviation or saving of progression, it quickly becomes a repetitive chore. Eventually, players will learn the order to do things by a process of elimination, but the grind is slow to get to that point and the payoff is underwhelming.

Get Ready To Speedrun

The reach the endgame, players need to reject the slow, methodical approach of exploration that the game seems to promote and move into speedrunning mode, not wasting any steps and doing everything in a specific order. This is a result of the design of the heart rate mechanic, which forces players to move as efficiently as they can to accomplish a set of tasks, but ultimately is counterproductive to creating a meaningful narrative of mystery and suspense.

The main character should certainly be affected by the creepy atmosphere, but in the end, the only way to beat the game is to rush through the home and its surrounding areas. Rushing through a creepy house as fast as possible is not the type of game advertised.

Whether or not every game released today should have replay value is up for debate, but for now it will suffice to point out that Breathing Fear has virtually nothing to offer on subsequent playthroughs, other than perhaps trying to do get through the content as quickly as possible. This is especially true depending on how many times one has started over from the beginning, either due to death or simply because they could not save their game.

An Enjoyable Game (For A Limited Time)

It is important to note that all the above-mentioned shortcomings only become noticeable after playing for an extended period. The first couple of hours were certainly intriguing, and since Breathing Fear can be found on the Nintendo eshop for quite cheap, it might still be worth picking up on sale for an interesting afternoon of exploration.

If the game were to do away with its heart rate resource, which severely limits the style of play, and added more procedurally generated content, the game would be a hit. As it stands, Breathing Fear misses the mark and is a forgettable experience.