Epic has been handing out free games all year, which makes it one of the cooler PC storefronts out there. The program began as a bi-weekly incentive to get buyers into their store, but has quickly ramped up to a weekly pace, and Epic has even bigger plans for the holidays.

Starting December 19, Epic will give away one free game per day for 12 days. The promotion coincides with Epic’s holiday sale and runs until January 1. December 19 to January 1 actually spans 14 days. If we had to guess, Christmas and New Year’s Eve will be the “off days” for the giveaway.

Epic hasn’t revealed any of the 12 freebies, but judging by the quality of the games handed out throughout 2019, we expect them to be good.

To take part in Epic’s holiday festivities, all you need to do is sign up for a free Epic account. Once you claim any free game from Epic, it’ll be in your library forever. Epic’s current free games are The Escapists and The Wolf Among Us, which we just learned is finally getting a sequel. You can download both of those games until December 19 at 11 AM ET. It’s safe to say the first free mystery game will go live at that time.

Epic announced earlier this year that the free games program would run until the end of 2019. Epic hasn’t officially confirmed the end of the program, but there’s a chance the big holiday giveaway could be the program’s last hurrah. 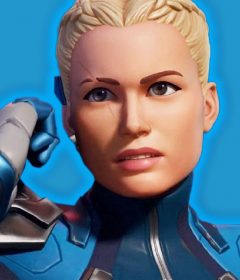