Yie Ar Kung Fu, one of the earliest fighting games, comes to Switch and PS4

Here’s a nifty tidbit, as spied by Destructoid: Konami’s Yie Ar Kung Fu, almost 35 years old and one of the first games to set forth the standards of the fighting games genre, is available now for Nintendo Switch and PlayStation 4.

The port is $7.99 and comes courtesy of Hamster Corp.’s Arcade Archives (and Konami, of course). Evidently it’s been up for two weeks and I missed it.

Still, for video games historians, Yie Ar Kung Fu is an important work. It and Data East’s Karate Champ (1984) established the one-on-one, side-by-side convention that is used by fighting games across the board today. Karate Champ, which I played a lot of on summer vacation 1985 (ah, the memories), was more of a sports video game, in that it attempted to emulate the moves and rules of a judged karate competition. Action stopped and a full or half point was awarded as soon as a blow landed.

Yie Ar Kung Fu, which I only ever saw at a skating rink in Winston-Salem, pit hero Oolong against 11 opponents, many of them using weapons in their fighting styles. Instead of a point-scoring system like Karate Champ, it features a health meter for both fighters leading to a KO on completion — again, a device fighting games have used ever since.

Despite their foundational contributions, neither Data East nor Konami emerged as big players in the fighting games genre, when it mushroomed thanks to hardware advancements and other innovations in the early 1990s. 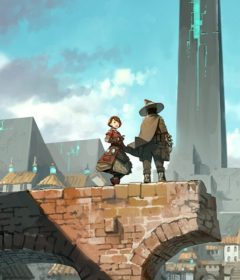