Xbox boss Phil Spencer has acknowledged that it’s been challenging to demonstrate the true leap that the Xbox Series X will provide over the Xbox One. In Reggie’s new podcast, Spencer said one of the most defining characteristics of next-gen games is how they “feel” with faster and more stable frame rates.

It’s not possible to demonstrate this with videos, Spencer said. And with physical events canceled or postponed due to COVID-19, Microsoft is facing a new dilemma in trying to communicate the appeal of faster frame rates. This is a new challenge, Spencer said, because for previous console transitions throughout history, the power of new systems was immediately apparent with better graphics.

“One of the things I’ve talked about publicly … but it’s hard to come across, is the way it feels to play games on a box where frame rates are higher, frame rates are more stable,” Spencer said. “The fluidity of it, showing that in video form, is just impossible. How do you show how something feels?”

He added: “We’re getting to the point where the immersion feel that you get through fluidity and other things is now up to par with the visual capabilities that we have. How do you share that with people in this kind of world?”

Spencer said he is optimistic about being able to put the Xbox Series X in front of consumers at some point in the future before launch to help them understand the appeal of the new system. But it’s unlikely to happen soon due to government restrictions around social-distancing.

“The feel relative to previous console generations will be something people remark positively about,” Spencer said.

The Xbox Series X is technically capable of delivering frame rates of up to 120 FPS, but developers will ultimately get to decide what works best in terms of the balance between visuals and frame rate.

Also in the interview, Spencer reiterated that he expects the Xbox Series X launch to go forward as planned this holiday. He said his teams are doing an “amazing job” during a challenging environment.

“We had another hardware review. We did that this week. Our supply chain, we feel good about the hardware side. It feels like we’ll be able to get enough units. We’re pretty committed to a worldwide launch which regretfully we didn’t do with Xbox One,” Spencer said.

The software for the Xbox Series X is also “making good progress,” Spencer said. He added that game development is also moving along, but with some interruption.

“Games are making good progress. The collaborative nature of game development and the scale of game development today,” Spencer said. “Any of the functions that require physical collaboration–things like motion capture, things like symphonic capture–those kinds of things, some of that is put on hold. On the games side, things that are pre content-complete might be impacted more than things that are post content-complete.”

The COVID-19 crisis has led to changes in Microsoft’s policies. For example, Spencer pointed out that third-party developers are now allowed to take their Xbox Series X development kits home–this would not have been allowed under previous circumstances.

Finally, Spencer also spoke about the rebuilding process within the Xbox team. The Xbox One launch in 2013 was marred by controversial policies and a $100 higher price point than the rival PS4. This contributed to Microsoft coming up short against Sony in the previous console generation. Spencer took over as Head of Xbox in 2015, and things seem to be on a better path for the Series X launch this year.

“The team had lost trust in the leadership … the leadership capability and the commitment of the company to this category and our decision-making,” Spencer recalled. “Rebuilding that inside the company was important and it takes time.”

The Talking Games With Reggie and Harold podcast is a charity campaign to raise money to give scholarships and provide other help to students in New York. People who donate can get access to an auction where they can bid on a many special items, including an Xbox Series X signed by Spencer. 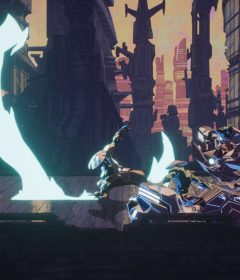 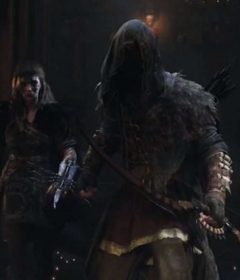 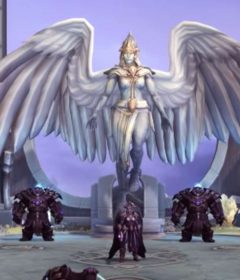