With the rampant rumors and leaks pointing to a Mass Effect Trilogy remaster, longtime fans could finally have their chance to play a more optimized Mass Effect experience on modern consoles. Being a massive Mass Effect fan myself, I’ve had more than a few people reach out wondering if the alleged remaster would be a good reason to jump into the franchise for the first time. My answer? Heck-to-the-YES, here’s why.

A little backstory: I’ve been gaming for over 30 years and enjoy all sorts of genres and tales. From full-fledged single-player narratives to just shooting a few rounds in Battlefield, gaming is my life and I’ve experienced some amazing adventures out there. That being said, no franchise has made quite the impact on me that the Mass Effect series has and a big part of that is due to the incredible craftsmanship of the story and Commander Shepard’s legacy. 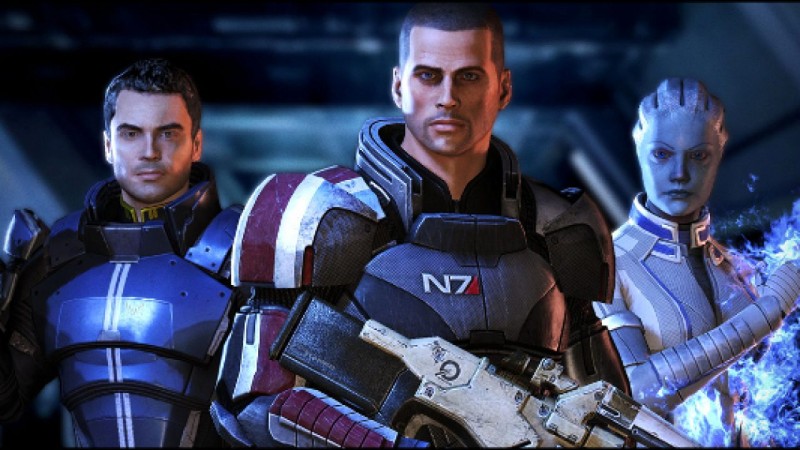 For those that may not know, the Mass Effect trilogy begins with the player becoming Commander Shepard, an N7 operative that joins the Normandy in the year 2183. Aliens, interstellar travel, and turian booty is all around you (kidding on that last part, sorta) but it’s not your average space adventure.

While there are guns and combat, that’s not the main focus of the Mass Effect tale. The story that follows Shepard’s journey is powerful, unique, and at times gut-wrenching.

As a note before we continue, I’ll be referring to Shepard as “their” since players can choose to play a male or female version. I am using “their” to encompass both options. 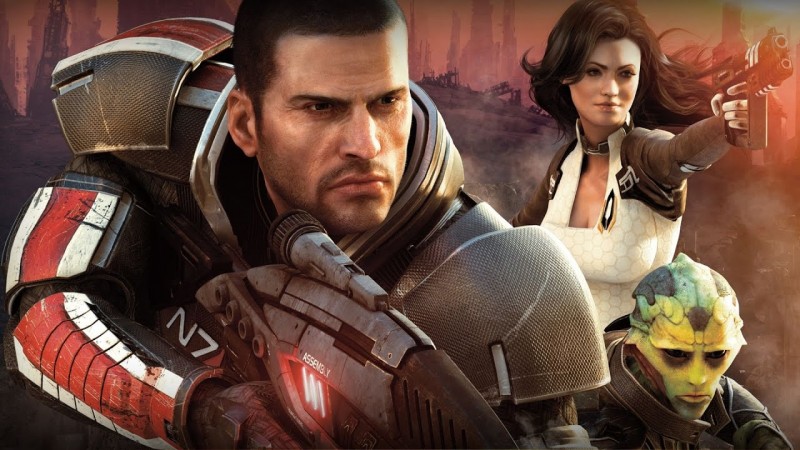 As Shepard, you will begin as XO to none other than a man named David Anderson, the Normandy’s CO. Anderson becomes like a father figure to Shepard, though eventually events lead to Shepard taking the Normandy’s helm. The first game is also about uncovering an ancient threat, a threat not even fully realized until the end of the first title’s story. The first entry is all about setting up the universe, making you care about it and feel like it’s a part of your actual reality.

Because the first Mass Effect is more about setting up the world than being the end-all-be-all of the game series, the pacing is a little slow to start but once it picks up? It really picks up. The pacing disruption is also a world-building hurtle, and not something that impacts the second and third games. 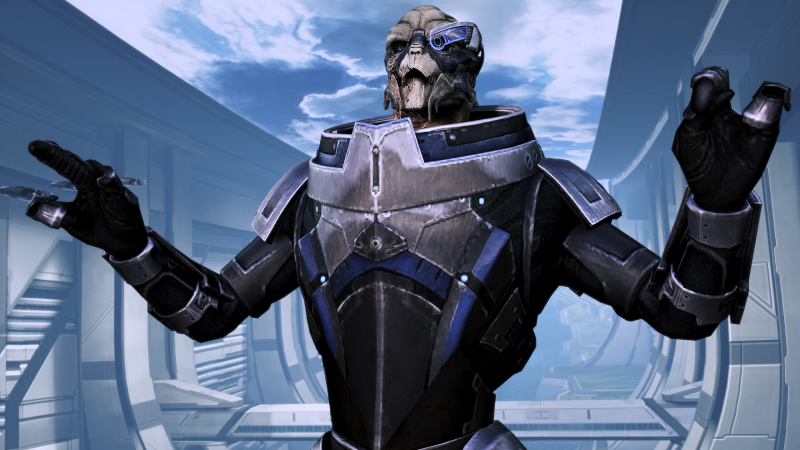 The first game leads into the second where we know who the threat is, but the right people aren’t taking it seriously. Politics (shocker) stand in the way of public safety as Shepard goes through an entire world shift from being poster child of the Alliance, the human’s interstellar military, to being a part of a human terrorist organization due to unforeseen circumstances (we won’t say why, major spoiler). Without giving too much away, the organization in question is called Cerberus, and it’s an organization we first learn about in the first game as players uncover sordid experiments underneath this particular banner. Throughout the course of the three games, we learn more and more about Cerberus and where they fit into the galaxy, and those horrifying details create a uniquely heartbreaking narrative divide for our protagonist and those closest to them.

In a massive fight against an ancient race known as the Reapers, a sentient machine race that wipes out millions of lives on a cyclic schedule, Shepard builds their team across all three games with characters that are so vastly different from one another and begin to feel like actual family. 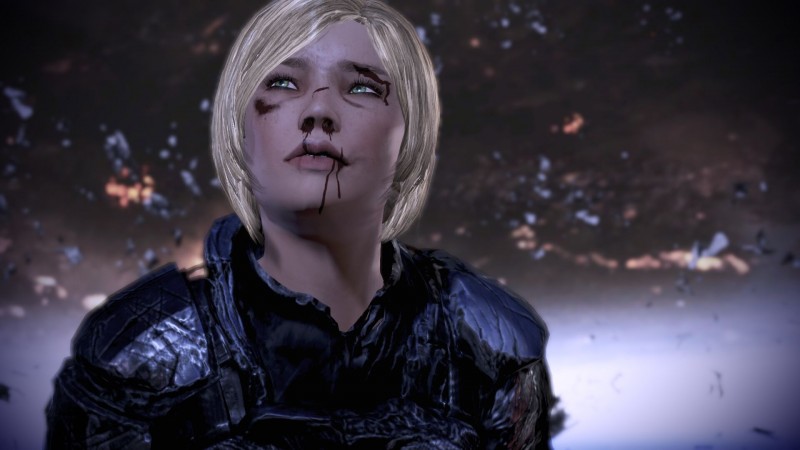 To me, what makes this story so special is the characters themselves. Throughout 30 years of gaming, I’ve become so attached to thousands of characters, all with something special to add to any gaming adventure. That being said, there is something about the progression of getting to know Mass Effect NPCs that feels organic, real, and not unlike how we build friendships and romantic relationships in real life. They are special in a way that even as a writer I’m not sure I could convey properly.

Don’t judge, but I have 30 playthroughs of this trilogy. It’s my comfort game. When life gets to be too much, I dive back into the world of Mass Effect. It’s my security blanket. But even with so many runs through the story, it still makes me bawl like a baby and I feel like I’ve been punched in the gut when I have to say goodbye again when the end credits roll. A lot of that is just how incredible it is, and another part is though the ending is honed into three clear directions, your choices do really matter in ways many don’t even realise throughout the course of the trilogy. No other game has done this to me and while it’s not necessarily like that for everyone for a variety of reasons, it is a testament to the special magic that this BioWare story has. 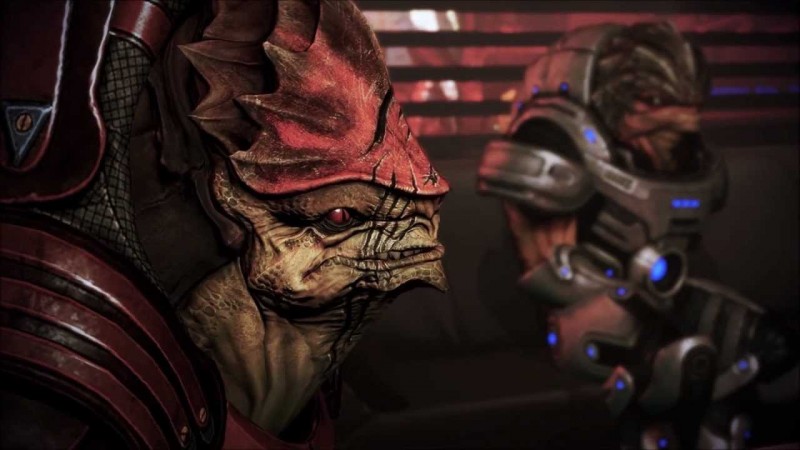 A part of this attachment is the writing itself. Dialogue feels natural and engaging. There are squabbles, there is the process of having to win someone over, and these characters go to hell and back with each other. That sort of shared experience creates bonds in any situation, and that connection is conveyed expertly with the narrative structure and the in-game mechanics. As someone who was active duty, there were real-life situations I went through with people that couldn’t stand me, and vice versa. Those situations we endured together though? That forged a bond that transcended previous perceptions. That same transformative relationship building is very much evident in the Mass Effect trilogy, and something that can be felt on a universal scale no matter each player’s IRL journies.

The combat mechanics are also nothing to scoff at, though boy did the first game’s weaponry age poorly. Throughout the progression of the series, real evolution can be seen both narratively, mechanically, and graphically. With the alleged remaster coming, all of that can be experienced once more but with improved visuals. 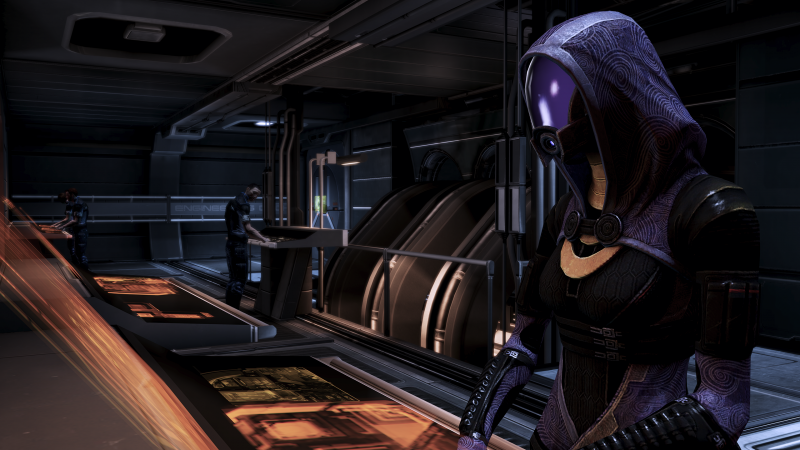 Another reason why you should play the trilogy if it is remastered is that it will likely include all DLC. While DLC is usually optional fun, Mass Effect has always felt like it was core chunks of the game missing if you didn’t buy them. I couldn’t imagine playing the third game without meeting the creators of the Reapers face-to-face with the Leviathan DLC, or dirty dancing with Jack while Vega and the biotics have a muscle contest with the Citadel DLC. The extended stories are all vastly unique to each other, and many of them are vital pieces to a much bigger picture. If included in the alleged remaster, this is a great way to see the franchise through a new lense previously locked behind a paywall.

The bottom line, and I know this article was a little vaguer than it maybe should have been, is that the Mass Effect Trilogy is a gem. I’ve tried to keep this as vague as possible since this article is geared to newcomers to the series, and I don’t want to spoil key points of the story. If you haven’t dived in yet, you are really missing out on a phenomenal ride that is on a pedastool few games reach. If the rumors are true, the remaster will be releasing next month, and if that happens? You know where to find me. I’ve got tips, I’ve got recommendations, I’ve got insanely annoying pterodactyl screeches (as my author bio suggests). Hit me up, let’s fan out!

You can also check out the latest episode of Replay where we talk about all things Mass Effect 2, that’s the video at the top of the article! 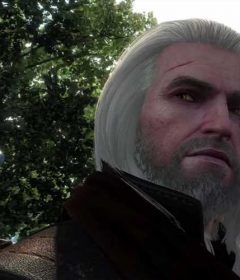