Home » News » Why Did Overwatch 2 Remove My Favorite Feature?

Hello, welcome. You’ve fallen into my trap. I will now spend the next 500+ words defending Overwatch’s much-maligned medal system. While I agree with the consensus that Overwatch 2’s scoreboard is better, the implementation leaves a lot to be desired. Most notably, there’s no longer a post-match screen that reveals your overall performance. I earned those gold medals Blizzard, why won’t you give them to me?

I know, I know, the medal system was flawed. In an effort to curb toxicity, the original Overwatch team opted to forgo a traditional scoreboard and instead use a medal system that would vaguely tell you how well you’re doing. During and after a match you could see how well you did compared to your team based. Across a series of categories from eliminations, to damage dealt, to healing, the top three performers would receive gold, silver, and bronze medals. If you have a particularly good game, you might even receive gold medals in multiple categories.

It was convoluted and it didn’t do much to cut back on toxicity. Instead of antagonizing your teammates for not getting enough kills, players would just rub their gold medals in each other's faces. In the end, it just led to bullying with extra steps, so for Overwatch 2, the developers replaced it with a good old-fashioned scoreboard. Now players can see exactly how many elimins, assists, and deaths everyone has right away. Flaming your teammates has never been easier. 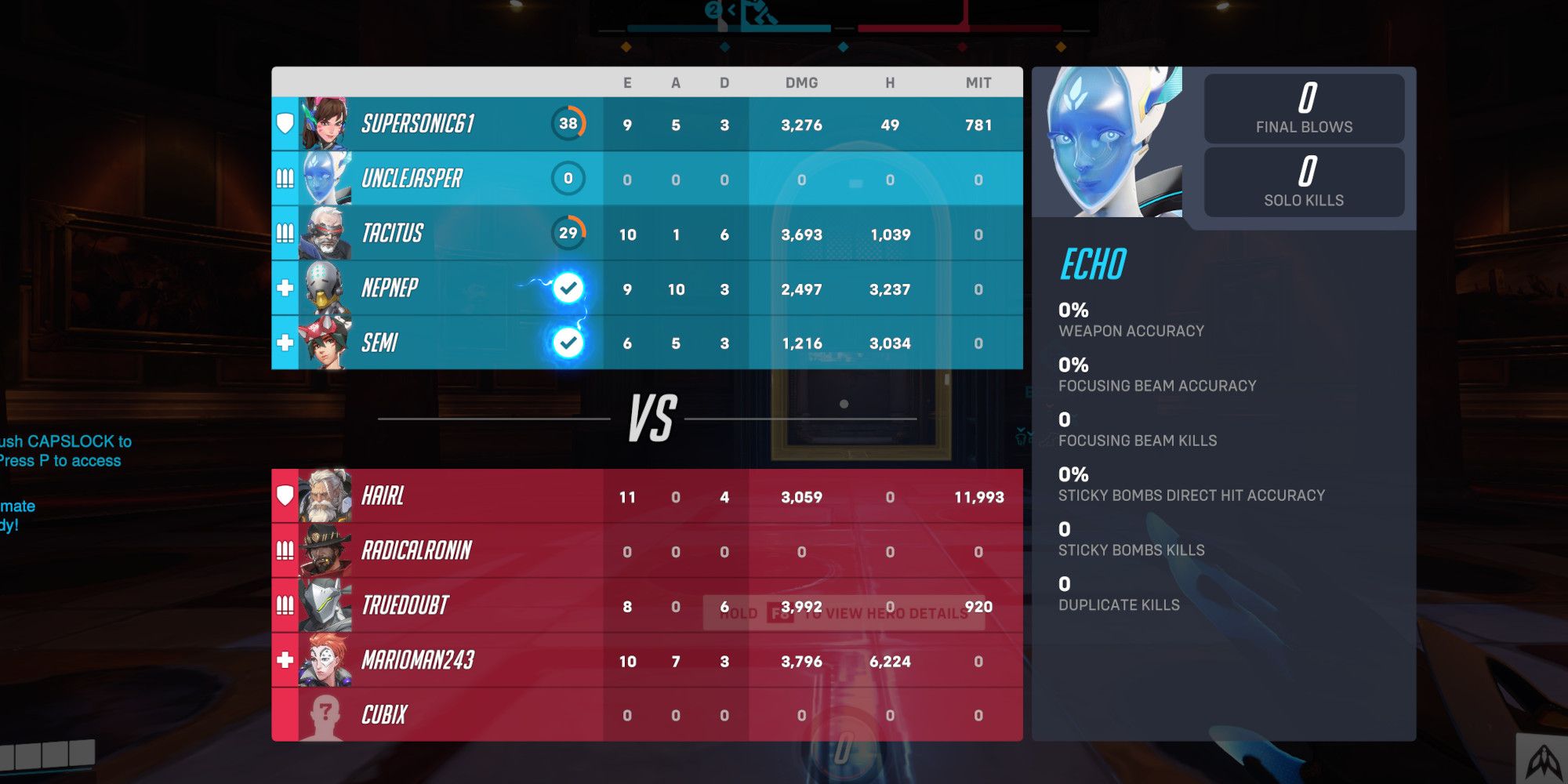 I prefer a scoreboard in general. Transparent information is just more useful and easier to parse, and the medal system never functioned the way it was intended to. However, I do think something valuable was lost in the transition. In Overwatch, every match would end with a score screen that revealed all of your medals. In Overwatch 2, matches just end. On the one hand, getting players back into the queue to play another round as quickly as possible is a good priority to have. On the other, where are my shiny medals god damnit!?

Medals are completely meaningless. Other than a minor XP boost from your highest medal earned, you don’t get anything for collecting medals. They aren’t tracked on your stat page or in your achievements, you can’t trade them for cosmetics, and you can’t even see anyone’s medals but your own. What they did do was explode onto the screen all bright and shiny at the end of every match. My Overwatch career is more than 400 hours long, and the medals alone were enough to keep me coming back for more.

I loved seeing three or four gold medals pop up at the end of a particularly good match. It was the perfect cap on a great experience. Sometimes when my team played well, we’d sit on the medal screen for a minute or two talking about the high points of the match and bragging about our medals. I took a screenshot of my last Overwatch game before the servers shut down where I earned three gold medals and three career bests. In Overwatch 2, matches just sort of end. There’s no fanfare, no time to reflect on how well you did. You can’t even see the scoreboard anymore once the game is over. I’m glad we have a real scoreboard, but we didn’t have to give up the medal completely, did we?