Yuna in Final Fantasy X stands out as one of the most well-known of the female protagonists and the strongest character in Final Fantasy X. Focusing on the time between the start of her pilgrimage the time she defeats Yu Yevon, Yuna goes through major character development. This paired with her battle stats and her general desire to save the world makes her the strongest party member. 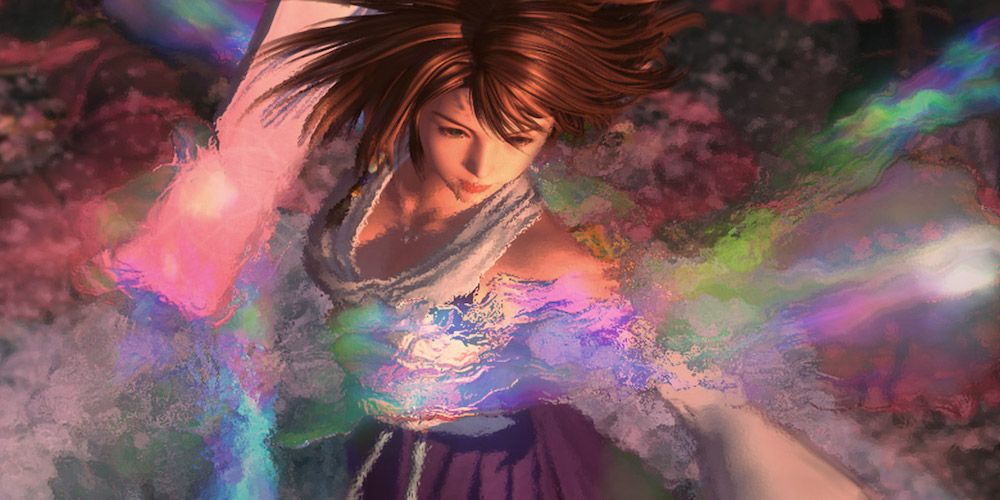 Some Final Fantasy games, like Final Fantasy VII, do not limit summons to one class, but because this is the case in Final Fantasy X it puts Yuna on a pedestal for being the summoner class. She also acts as the white mage of the group and before you start bashing the weakest class, think again. White mages are crucial despite their lack of physical strength. They can save the party in a pinch if handled right. Sphere grid hopping is certainly useful in Final Fantasy X, but it really is best to leave the white magic to Yuna. She knows what she is doing.

9 Willingly Chooses To Sacrifice Herself For Spira 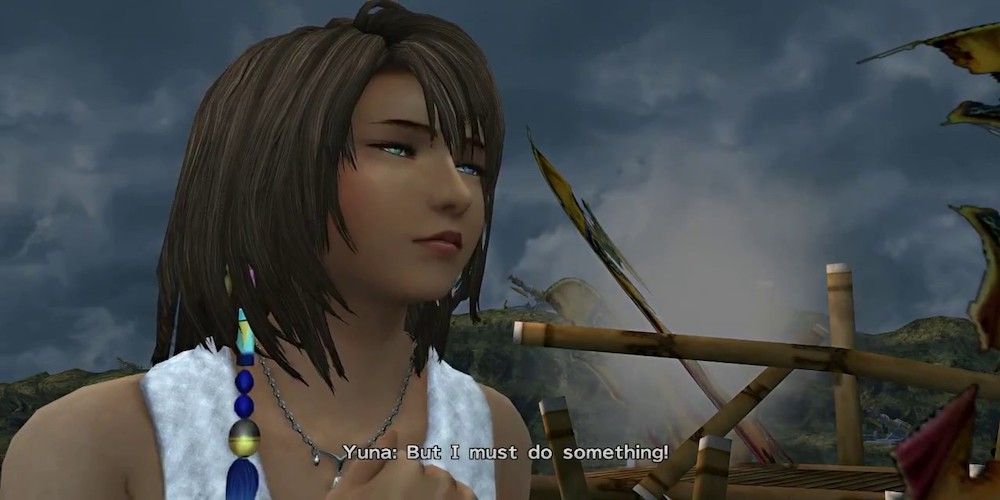 Yuna not only shows her strength in battle but also in her personal resolve to save Spira from Sin. Despite attempts made to politically use her and her own ignorance in certain matters, no one forced Yuna to become a summoner. She knew the risks and even without knowing everything, she knew she would not be risking her own life but the lives of her guardians as well. But, with their support, she started her pilgrimage knowing full well the final outcome. How many people can they say they would risk their lives at the age of seventeen to save the world? 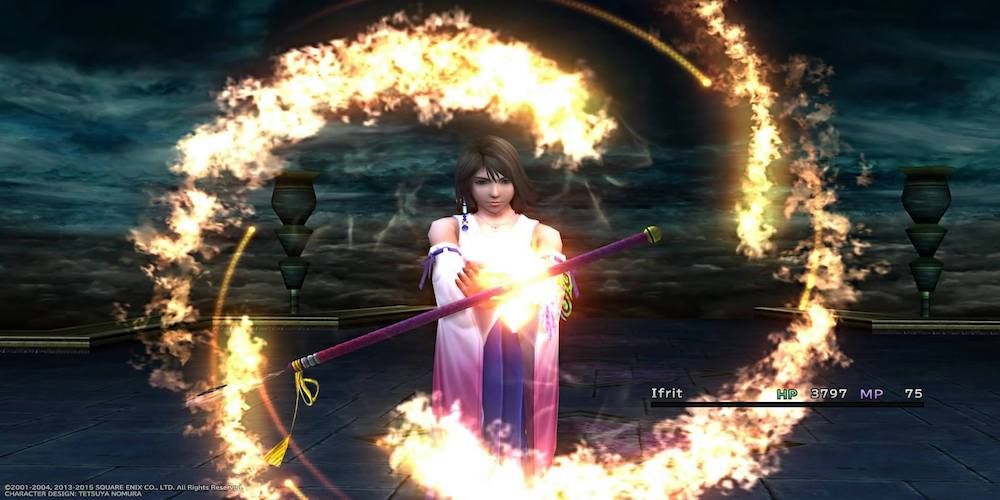 At the start of the game, Lulu is the experienced black mage with a black, gothic-like dress to further emphasize her fighting style. However, as the game progresses and Yuna levels up, it’s clear she holds the stronger magical talent.

After completing her grid, moving Yuna over to Lulu’s sphere grid will result in Yuna casting stronger black magic spells. This doesn’t mean Lulu doesn’t serve a purpose for most of the game, but at some point, it seems like Yuna could take on every enemy by herself. It even seems that by the end of the game, she doesn’t need her guardians anymore. 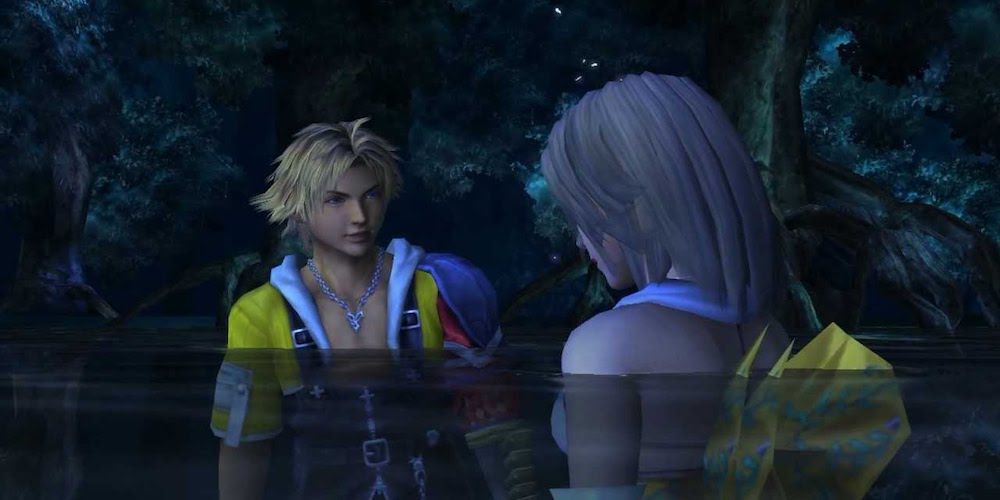 The biggest act of selflessness (and the biggest mistake that could have been made) was when Yuna decided to marry Seymour even after learning of his patricide. This moment also shows her naivety in her willingness to believe that Seymour would confess if she married him. It also shows her devotion to the people of Spira. She is willing to put aside her feeling for Tidus and marry for more political reasons. This type of mentality might get a little old for some people, but this is one of the strongest things someone could do, especially a teenager who is surely dealing with hormones and all that good stuff. 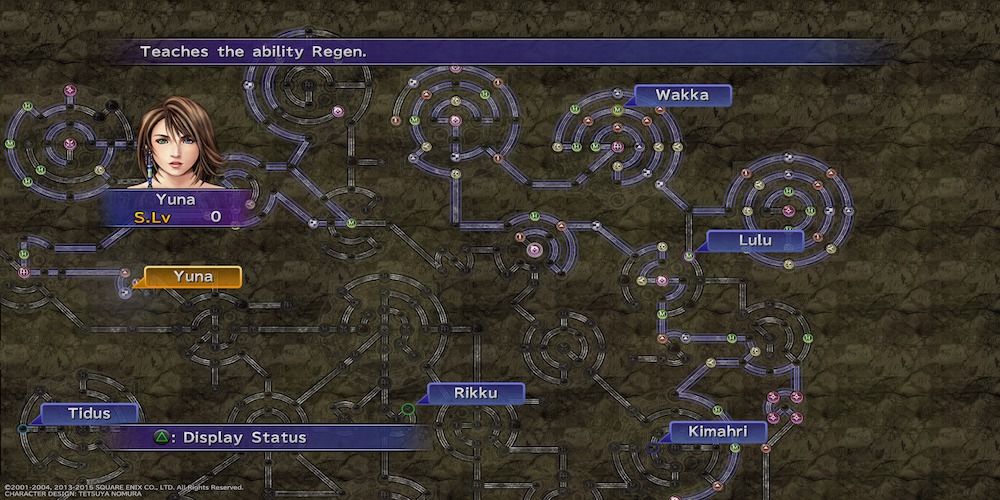 Like jumping over to Lulu’s sphere grid to become a master black mage, Yuna can also hop over to Auron’s to get her Aeons’ physical attacks up. Depending on how the player likes to play, Yuna can either focus on her magic (which also directly relates to the Aeons’ magic) or power up her Aeons with Auron’s strength focus sphere grid. With Auron’s sphere grid under her belt, Yuna can summon any Aeon and single handily take out just about every enemy there is. Auron would proud to step aside and let the late Grand Summoner’s daughter take the wheel. What a girl!

5 Keeps A Cool Head Despite Her Own Personal Feelings 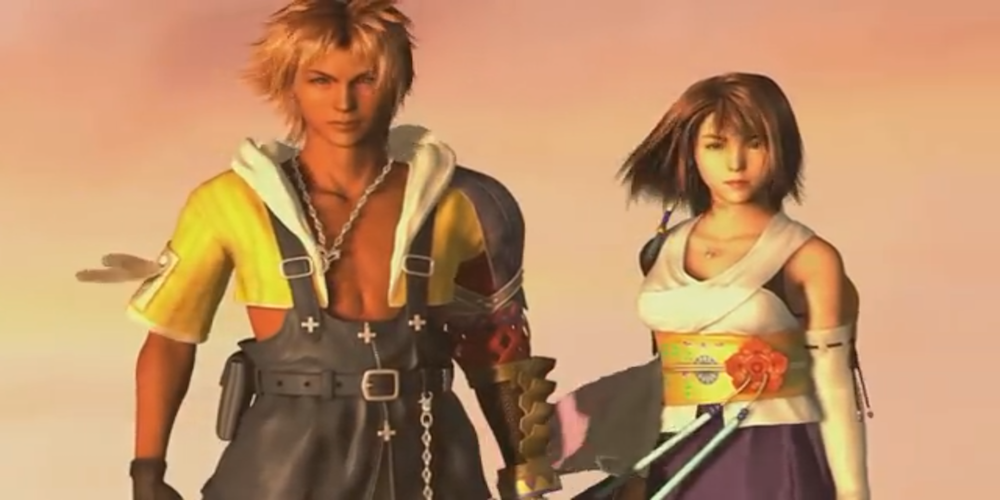 Throughout the journey, Yuna is forced to undergo some very emotional situations. Tidus has a way of cheering her up without fully understanding the weight of his light-heartedness, however, that doesn’t suppress everything. Even though she has the weight of the world her shoulders, Yuna is able to keep a cool head.

She doesn’t break down during her first sending while others mourn the loss of their loved ones. She helps everyone she can after the battle at Mushroom Rock with Sin. In fact, it’s not until much later in the game that she breaks down in front of Tidus which then leads to the most iconic scene in the game and shows just how much Yuna was dealing with all along. 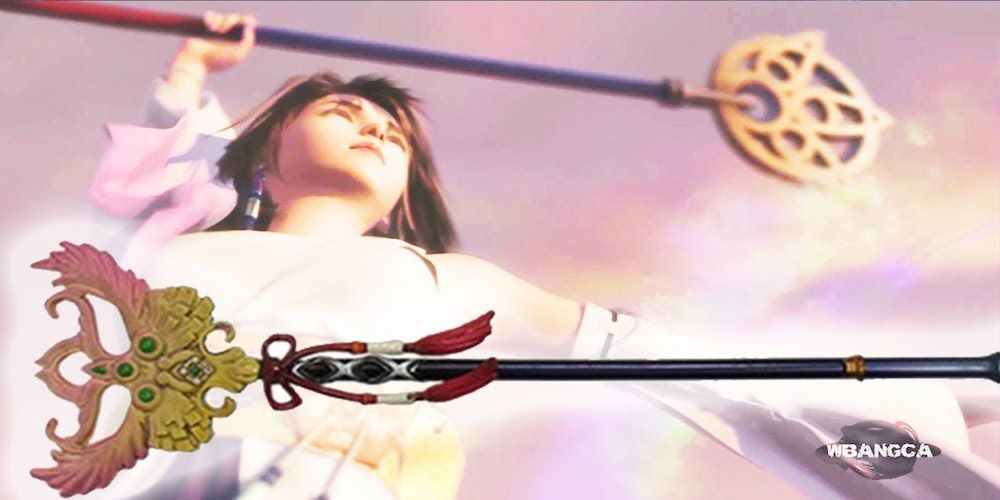 Lulu also gets this ability with her onion knight, so what’s the big deal? Well, remember that Yuna is a stronger mage than Lulu, so by the time Yuna gets Nirvana, it stands to reason that Lulu can join Kimari and Rikku on the sidelines. Nirvana is Yuna’s strongest weapon which allows her to do damage over 9,999 and she does more damage the closer her MP is to maxing out. Overall, it just adds to the incredible strength she already possesses, granting her the status of a goddess, basically. Getting Nirvana is no easy task (like most of the other celestial weapons) so be prepared. You’ll need as much dedication to the task as Yuna has for defeating Sin.

3 Fights Against Her Own Aeons 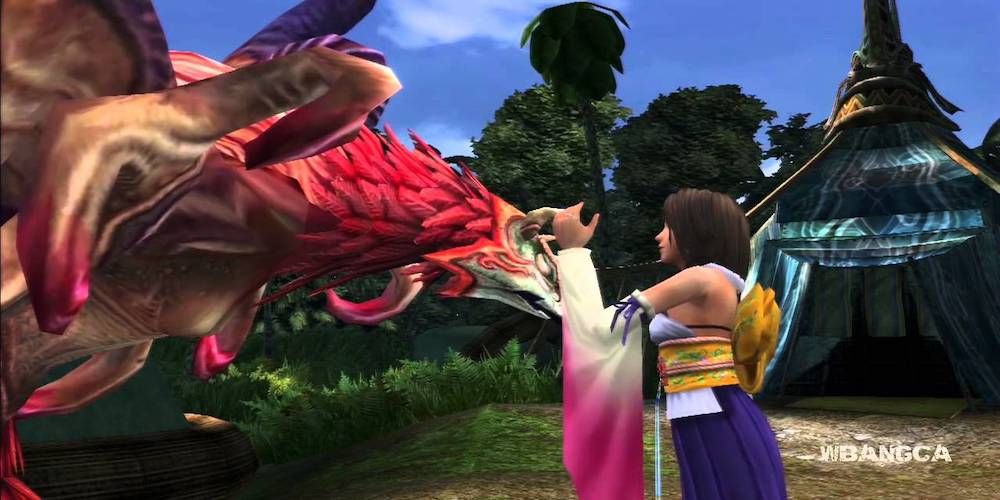 Just before losing the love of her young life, Yuna is forced to fight her Aeons as they are possessed by Yu Yevon, one after another. For someone who had worked so hard to be able to summon the Aeons and who built a relationship with each of them, killing them was certainly no easy task for Yuna. While her guardians might not feel the same emotional stress of the matter, Yuna has every right to feel it but doesn’t falter from the goal. This was also an emotional time for the player as they had gone through the whole game getting close to these Aeons and even taking extra time to get the hidden ones. It is a moment that really showcases Yuna’s strength above everyone else. 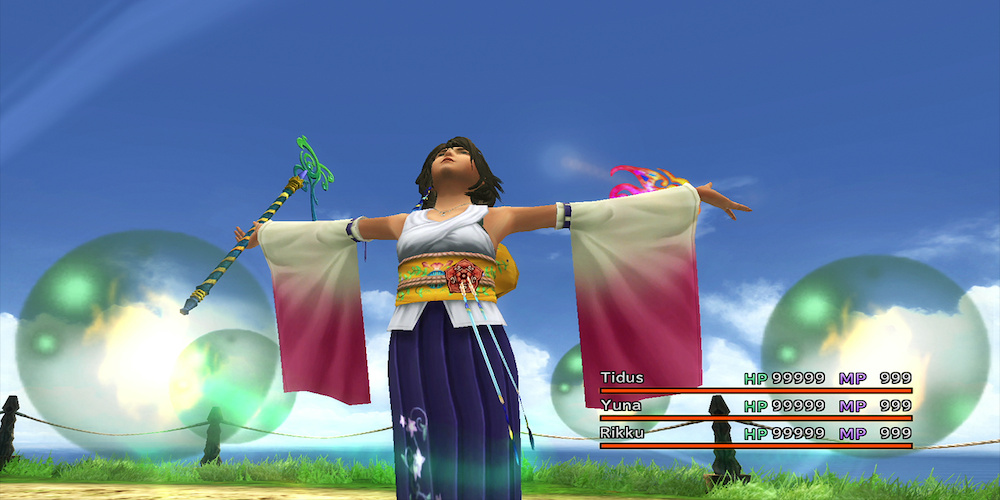 If Yuna was leveled up properly her overdrive is by far the best simply because the Aeons are so strong. If she has Nirvana, her overdrive is charged at triple speed. Having the Aeon’s overdrive ready to go is plenty useful in some of the more difficult fights and can easily give the party the upper hand. It could be a backfire as a lot of the Aeons’ overdrive cut scenes take a long time to get through. Despite this, having the higher level Aeons’ ready to unleash their ultimate move is always nice in the difficult fights.

1 Defies Tradition by Doing Away with Yunalesca 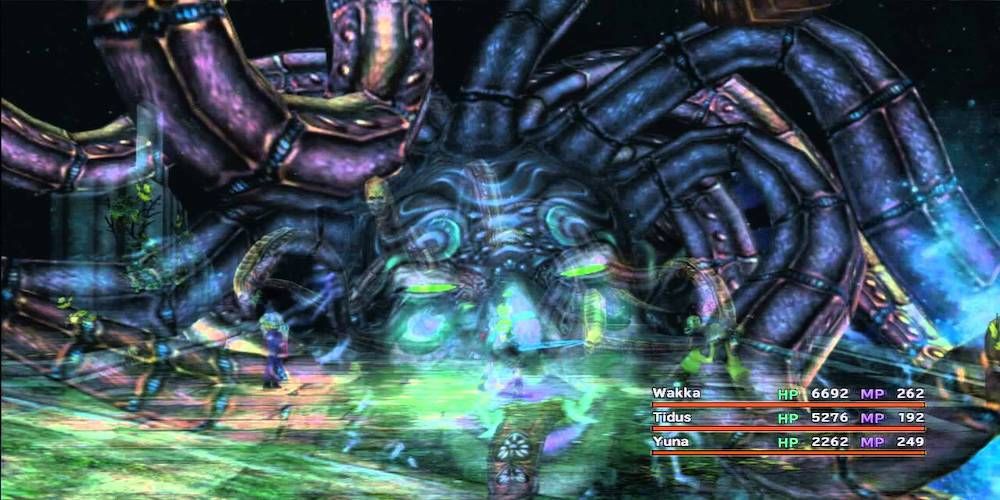 Yuna’s biggest moment of strength is when she defies the traditions she not only grew up with but also those traditions that Spira depends on. By choosing to fight and defeat Yunalesca, Yuna defines her own destiny instead of relying on what is expected of her. In doing so, she risks the whole world as there is no way left for anyone to defeat Sin with Yunalesa gone. However, true to the hero’s cause, Yuna and the group come up with another plan, making Yunalesca’s defeat a necessary act to destroy Sin for good. There’s no doubt that Yuna might have second-guessed herself several times, but her choice ended up being the right choice and it saved the planet.