Home » News » The Dark Pictures Anthology: The Devil In Me – Blackout Scene Walkthrough

A few scenes ago in The Dark Pictures Anthology: The Devil in Me, Erin found herself trapped in a darkened room with a mannequin of H. H. Holmes. Her friends heard her scream when the lights went out and trapped her in, and they’ve come to try to help her out.

But Erin doesn’t think she’s alone in this locked room, spooked by the figure of a man other than the mannequin. Acting without thinking in this scene can and will get Erin killed, so let us help you prevent that (or specifically make it happen – we don’t judge your decisions).

As an entry in The Dark Pictures Anthology, the story of The Devil in Me can end in dozens of possible ways depending entirely on your decisions.

With so much packed into the game, we acknowledge we might have missed some tiny details, but we've played the game through several times to ensure the most complete coverage we can bring you for it! 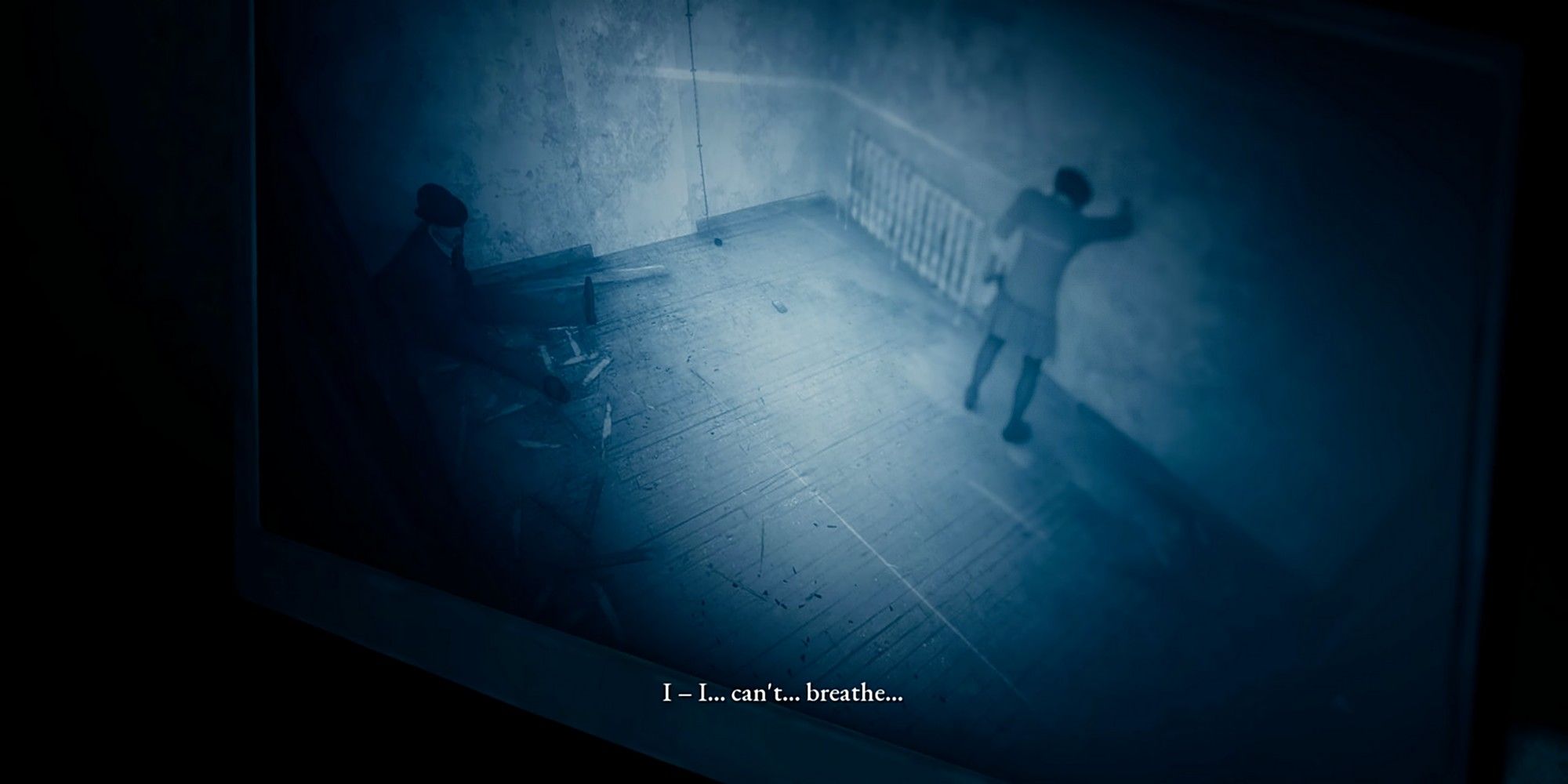 Your scene starts off with Erin hammering on the door that’s just closed behind her as the power went out, locking her in the dark with the mannequin that jumpscared you a moment ago. Her fellow crewmates arrive and frantically try to assess the situation from the other side of the door.

But the killer has been watching on the secret cameras, and he sees Erin in the dark, beginning to have an asthma attack. He’s got her inhaler, and we see him cross back over the desk, on his way to intervene. 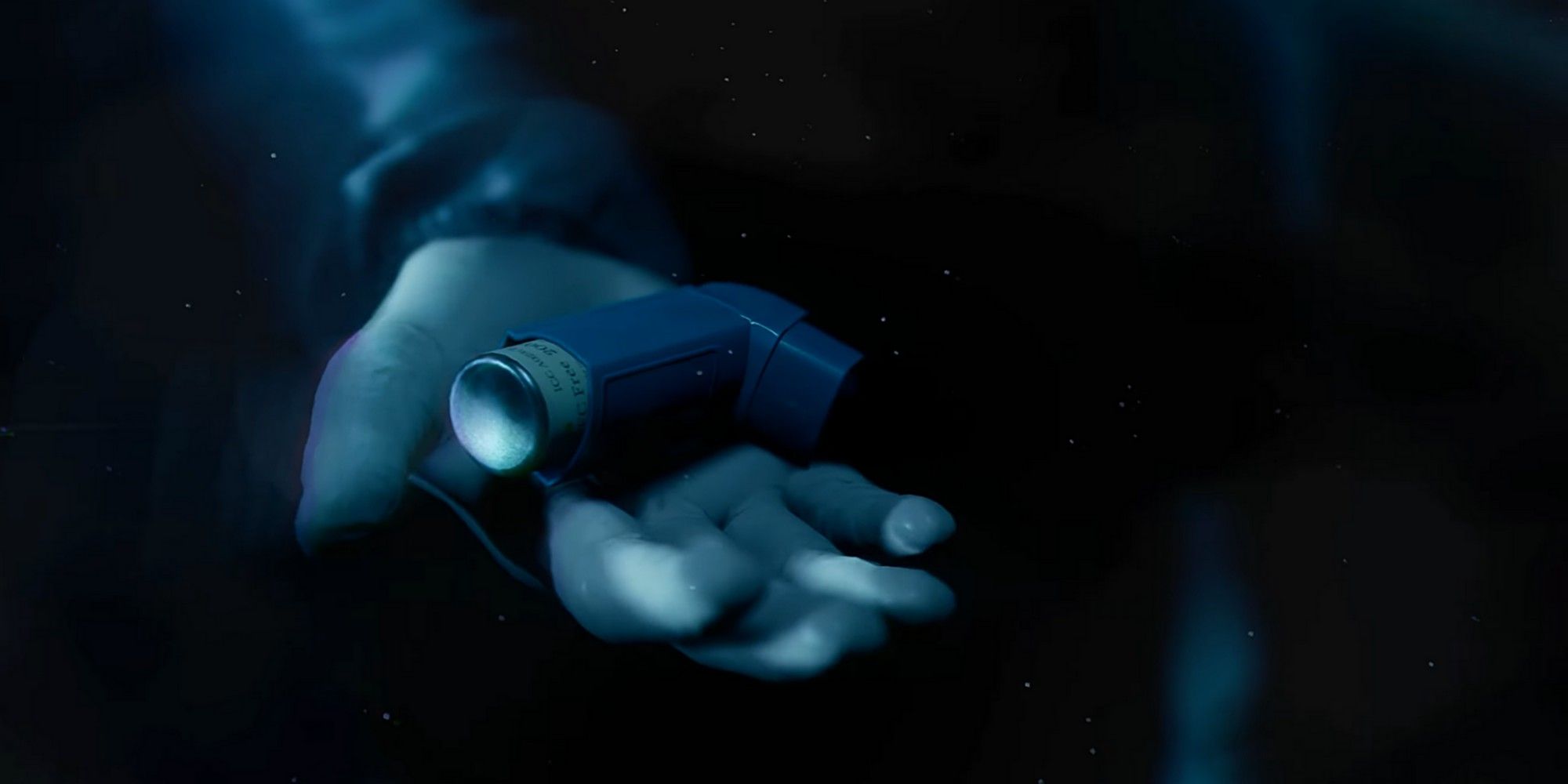 A wall in the room slides open, and the killer enters the room where Erin is trapped. When this happens, Erin can be frightened in telling the group she’s not alone in the room (which raises how panicky she is), or defensive in speaking to the silhouette in the room with her.

The killer reaches out his hand and shows Erin that he has her inhaler. When this happens, you can either take the inhaler, or try to attack the person giving it to you.

The scene progresses very differently, depending on which decision you make.

If You Take The Inhaler Or Do Nothing

When Erin reaches out to take the inhaler, the killer grabs her and shoves her forcefully against the wall. He cuts off a piece of her hair before letting her go, dropping the inhaler, and leaving.

If she does nothing instead, the killer simply drops the inhaler before leaving. 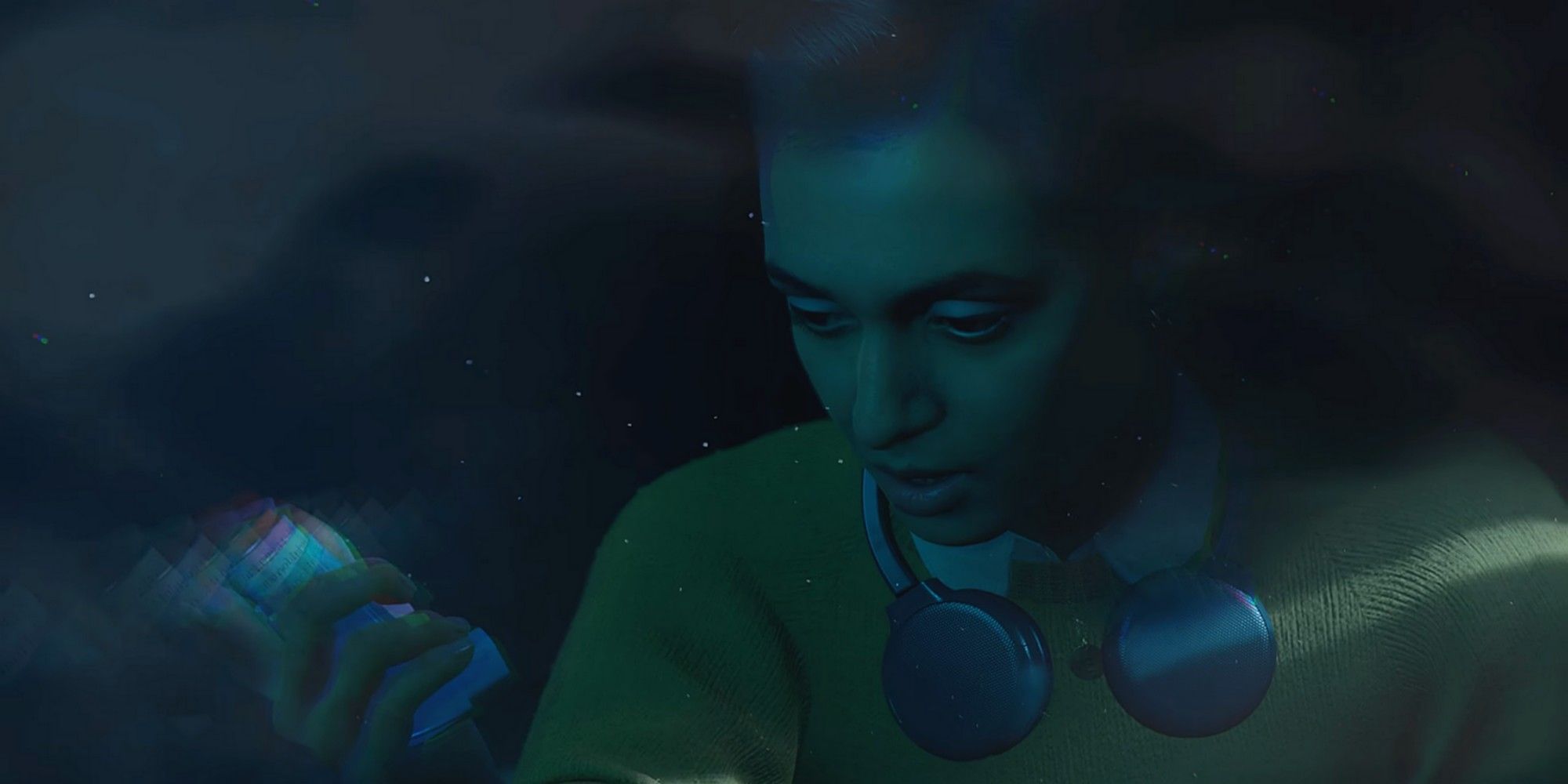 Erin scrambles for the inhaler on the ground, and you then have the option to use it here to stop this asthma attack.

Just keep in mind that Erin’s inhaler has limited uses, indicated by the number on the inhaler when it's in your inventory.

The crew gets the door open, finally, and they comfort an understandably shaken Erin. She tells them that H. H. Holmes attacked her, but the crew points out that the only other “person” in the room with her was the mannequin. The scene ends with Erin going upstairs to rest.

As soon as you choose to attack the killer, you have to complete a QTE. If you land this QTE, the killer shoves Erin back away from him.

There’s a second QTE after this that’s much the same as the first.

If you’ve changed your mind about attacking the killer, you can opt to skip the second QTE.

The killer will act as if you’ve done nothing, dropping the inhaler and leaving to segue in the above-mentioned progression.

If you successfully land both QTEs, Erin manages to stab the killer in the shoulder with the sharp part of her microphone. However, this doesn’t take him down, and he simply removes the weapon from his shoulder before shoving Erin against the wall. 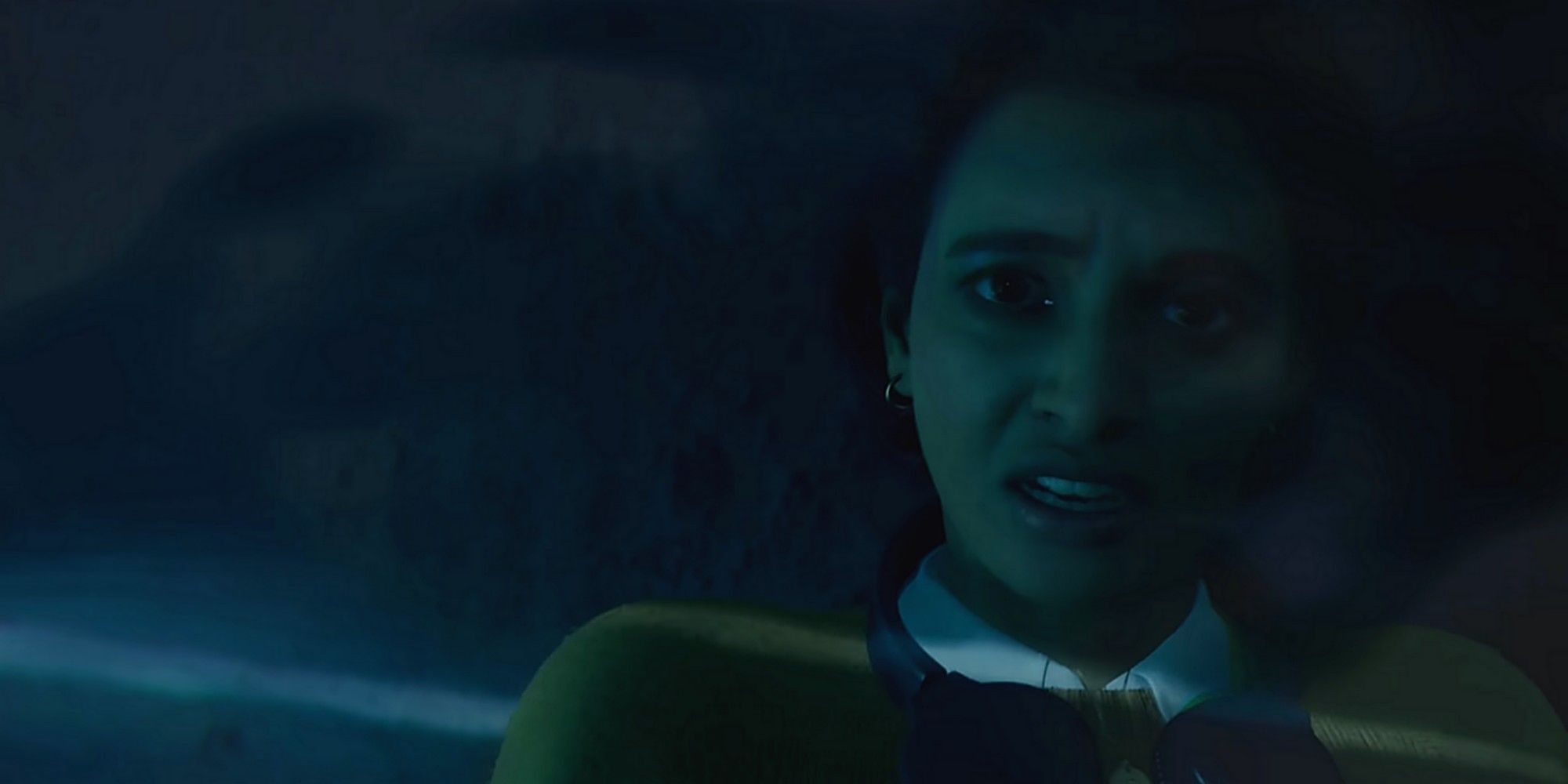 The group gets into the room a moment later and can’t understand why Erin isn’t there. The scene ends with the group together, minus Erin.

If Erin is killed in this scene, her death will not be formally confirmed until a later scene.

Checking In With The Curator 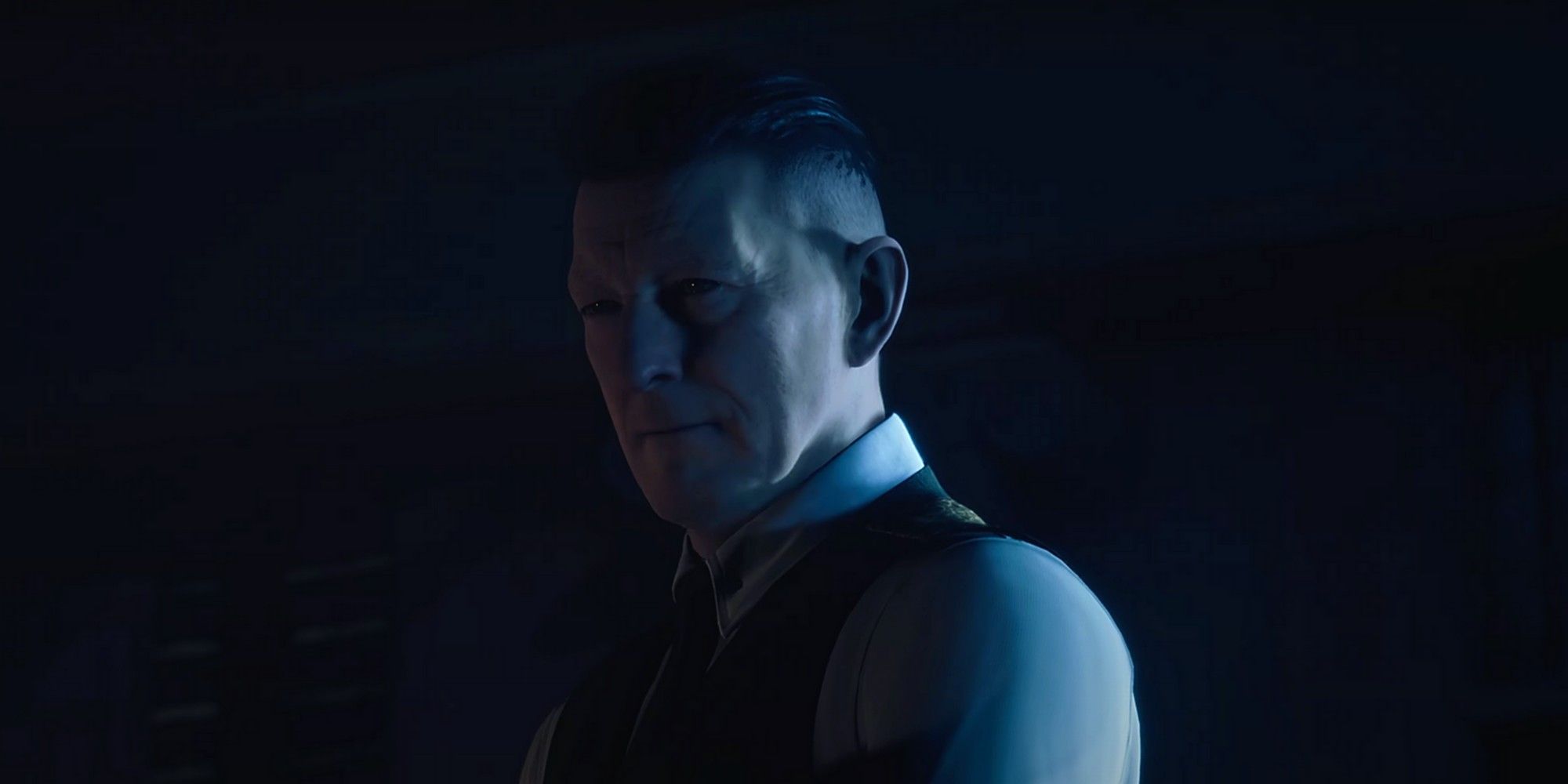 Before moving into the next scene, you stop for a chat with The Curator in the Repository. His monologue here changes depending on what’s happened so far in your game during both the Blackout and Dinner scenes.

The Curator will then also talk about the Dinner scene as well before letting you get back to the game.