Tfue was the most-watched streamer in 2019—by a lot

In 2018, Ninja leveraged the meteoric rise of Fortnite and his connections with celebrities like Drake to post the most hours watched by any streamer ever on Twitch. But this year, a new streamer will sit at the top of the charts as the most-watched influencer: Tfue. 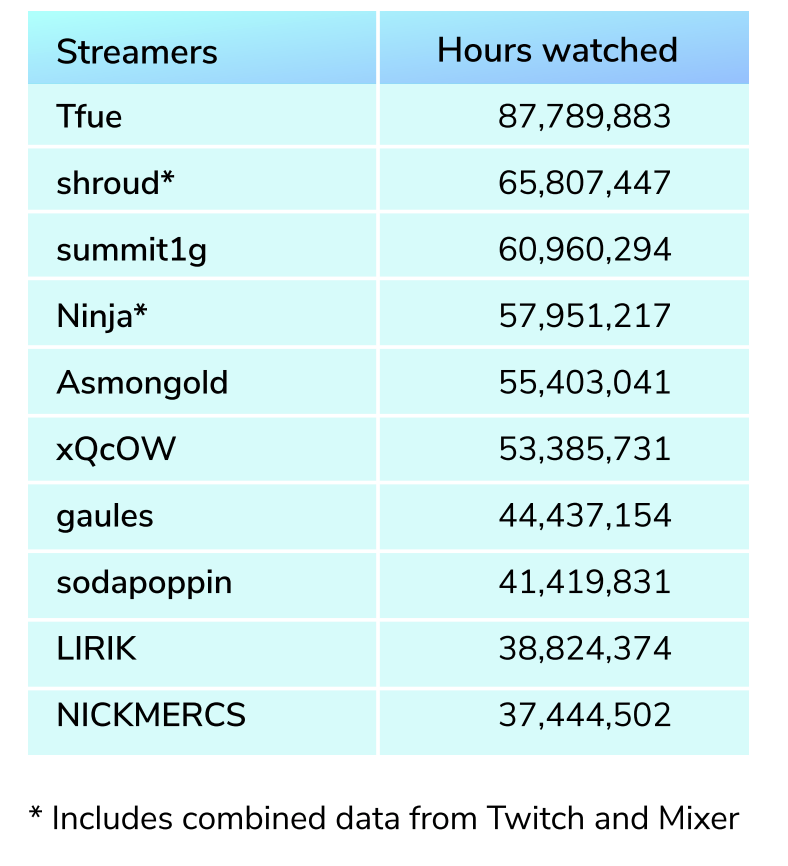 Following his esports success, which began with multiple wins at KEEMSTAR’s Friday Fortnite competition, Tfue rapidly gained popularity in 2018, but was often second fiddle to Ninja among Fortnite followers.

Tfue slowly started to gain ground on Ninja in terms of hours watched, however. And despite taking a short hiatus from streaming in September, Tfue was able to rack up nearly 30 million more hours watched than Ninja, who moved from Twitch to Mixer at the beginning of the August.