One aspect of Sonic Frontiers that stands out compared to the other Sonic games is how unique the enemy designs are. This is particularly true in the open zones, as the baddies featured in the Cyber Space levels are your standard Sonic fair. They all come from a variety of inspirations, and they don't all feel like they came from the same playset.

All the regular baddies, Guardians, and Titans in the various maps are unique and interesting. Some designs are repeated in the game, but not to a huge degree. The cool designs, combined with the music and awesome fights, make the enemy rogues gallery a major highlight of Frontiers.

Spoilers for Sonic Frontiers Ahead 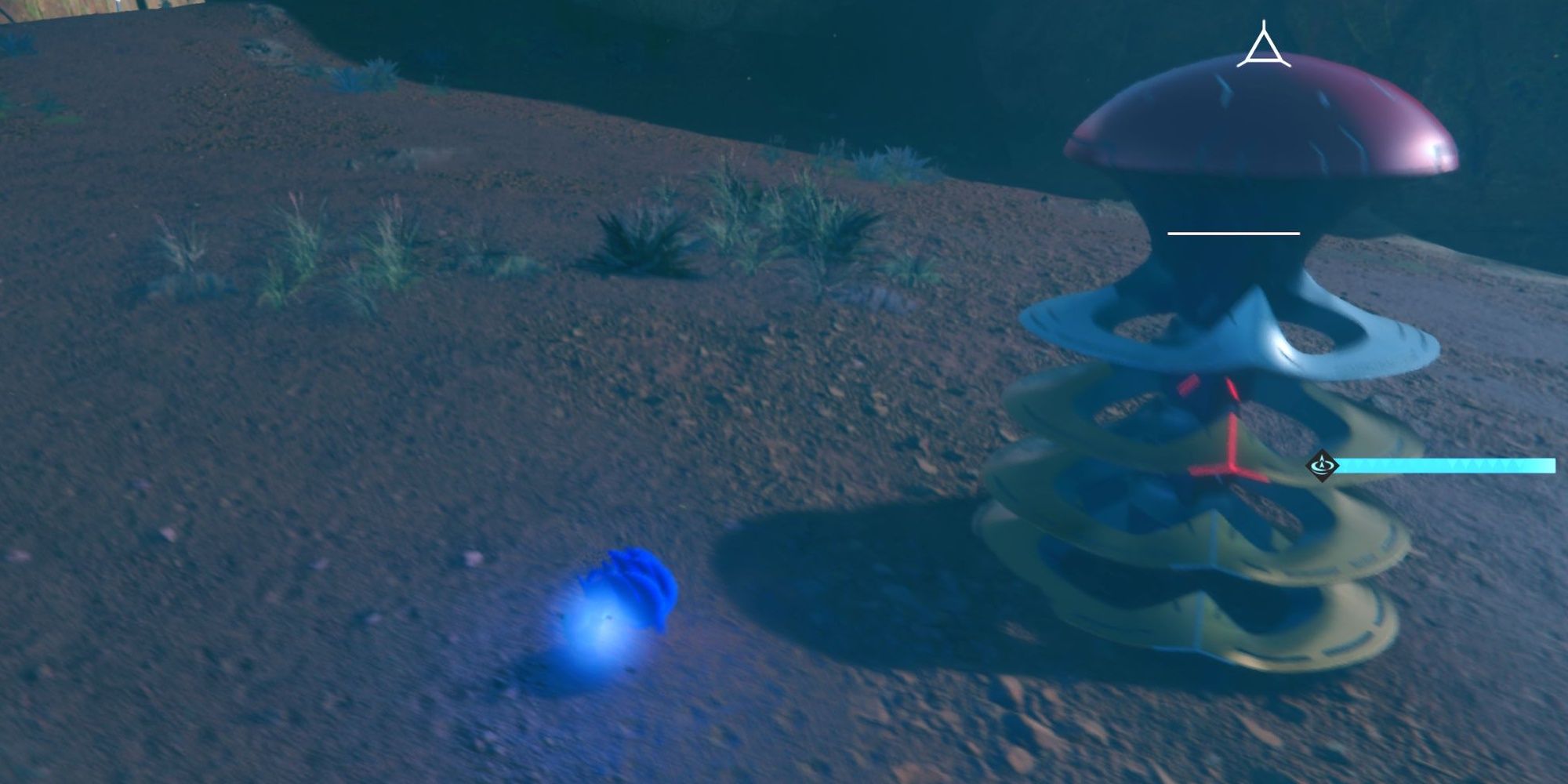 An enemy that is essentially a spring has appeared in several platformers, like Super Mario Galaxy. These enemies are fun to fight and act as another way to get through the environment. The spring in Sonic Frontier is no different. Easily found in Ares Island, the spring enemies are typically in isolation.

Unlike some other spring enemies, like the ones in Mario Galaxy, these can be killed. You need only ground pound the spring from high above to eliminate them. Spring enemies are always welcome in platformers since you can use them to get around faster. 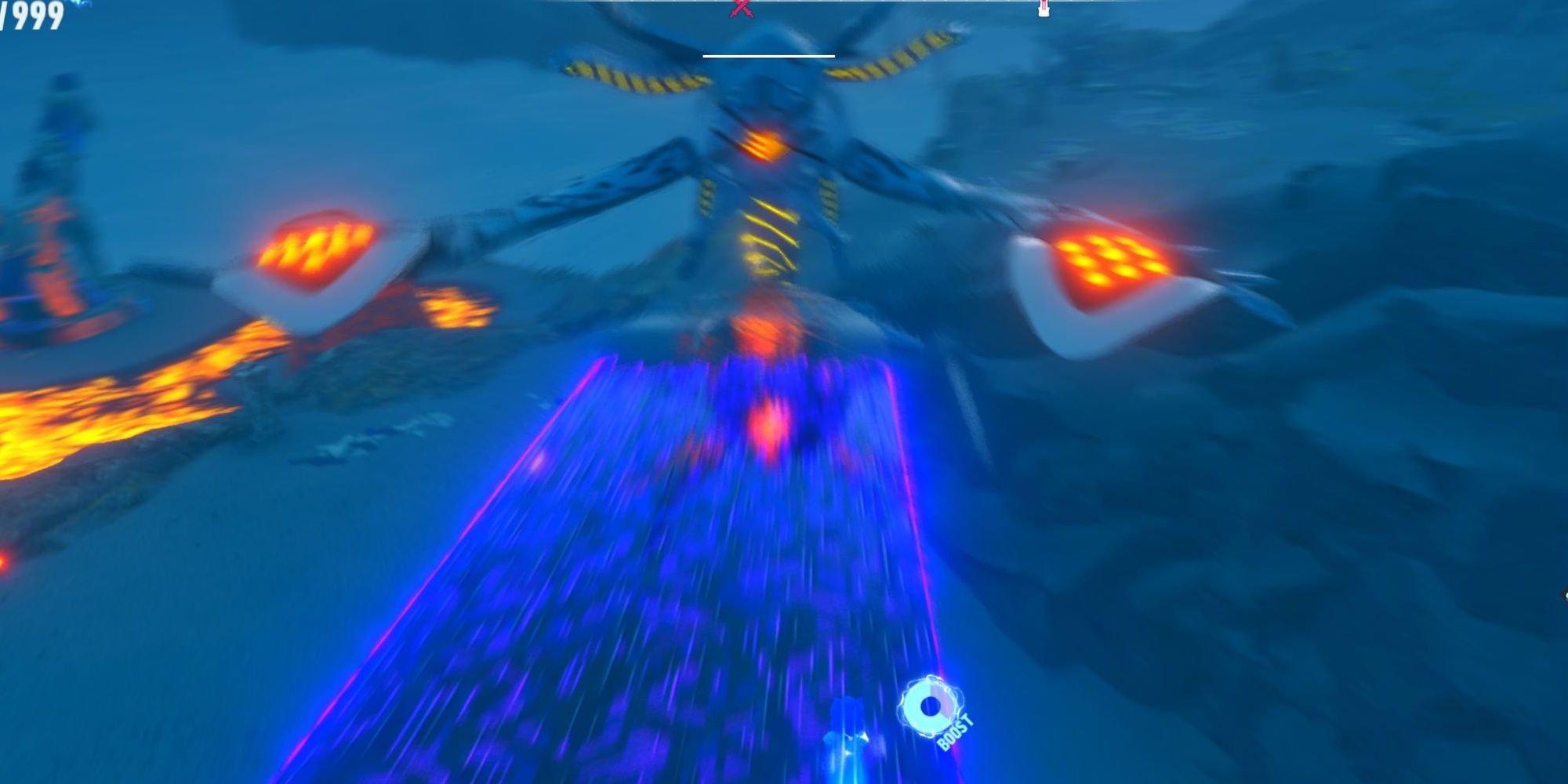 Found on several islands in the game, the Squid is likely one of the first few Guardians you will fight. It looks cool, with a head shape reminiscent of the sentinels from the Matrix series. Although, the Squid has a less scary design.

The Squid has a purple platform following its trail, which is how you defeat it. It can be a bit tricky to get on, but once you do, go fast to reach the head. It's one of the more fun Guardians to fight and fit for an entry-level boss. When finishing all of Sonic Frontiers, the Squid will be one of the first Guardians you'll think of. 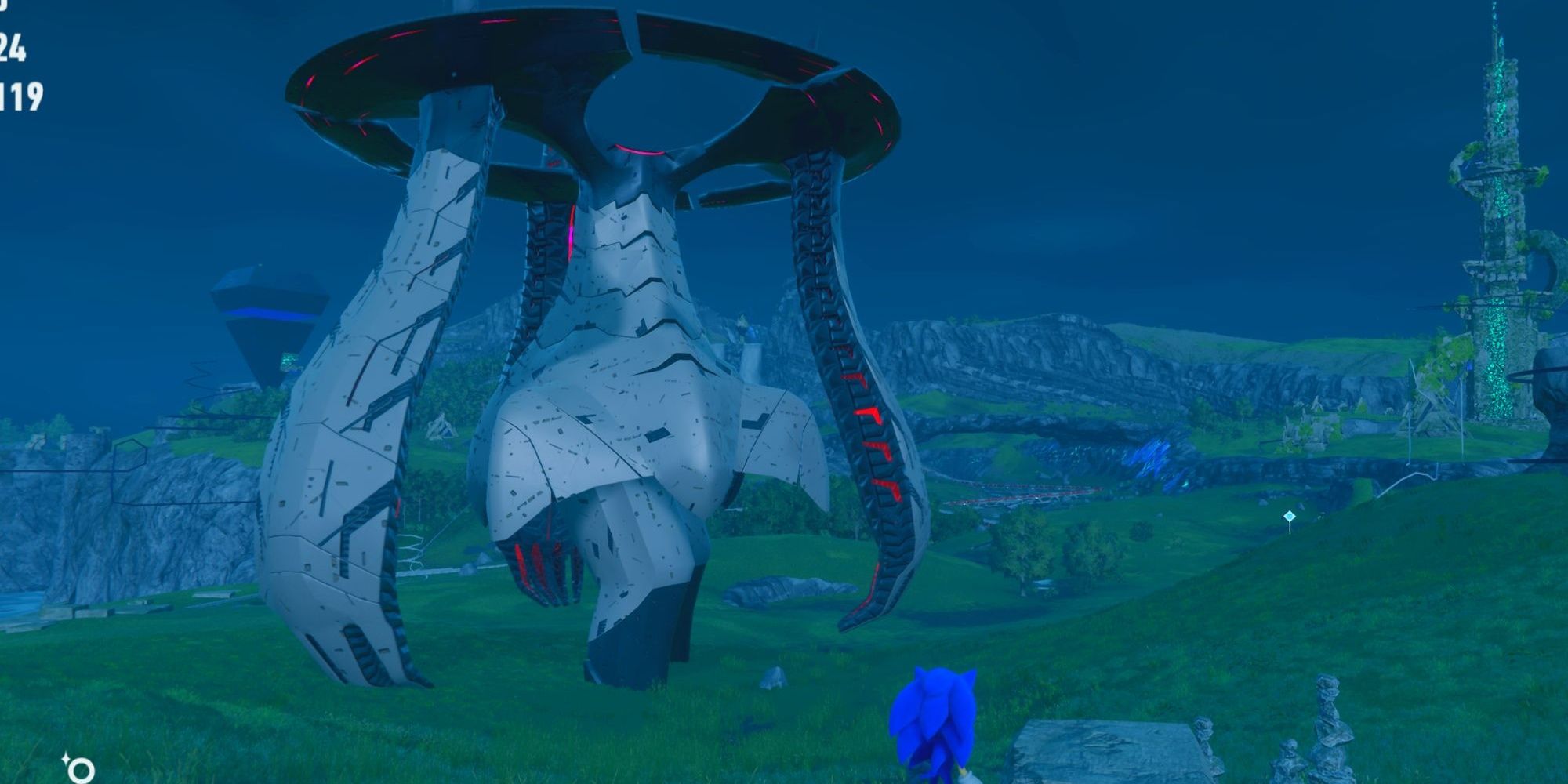 Asura is a Guardian that definitely fits the title. Asura is a colossus beast with a big anime influence in its design. Being encountered on Kronos Island and one of the first Guardians you'll face, Asura brings a good first impression.

To fight the beast, you need to wait until they slam their hand down and go through blue rings to ascend to one of his three weak points. In later phases, they add red rings that send you back, adding to the challenge. Asura is a banger of an early Guardian boss with its fun fight and hulky design. 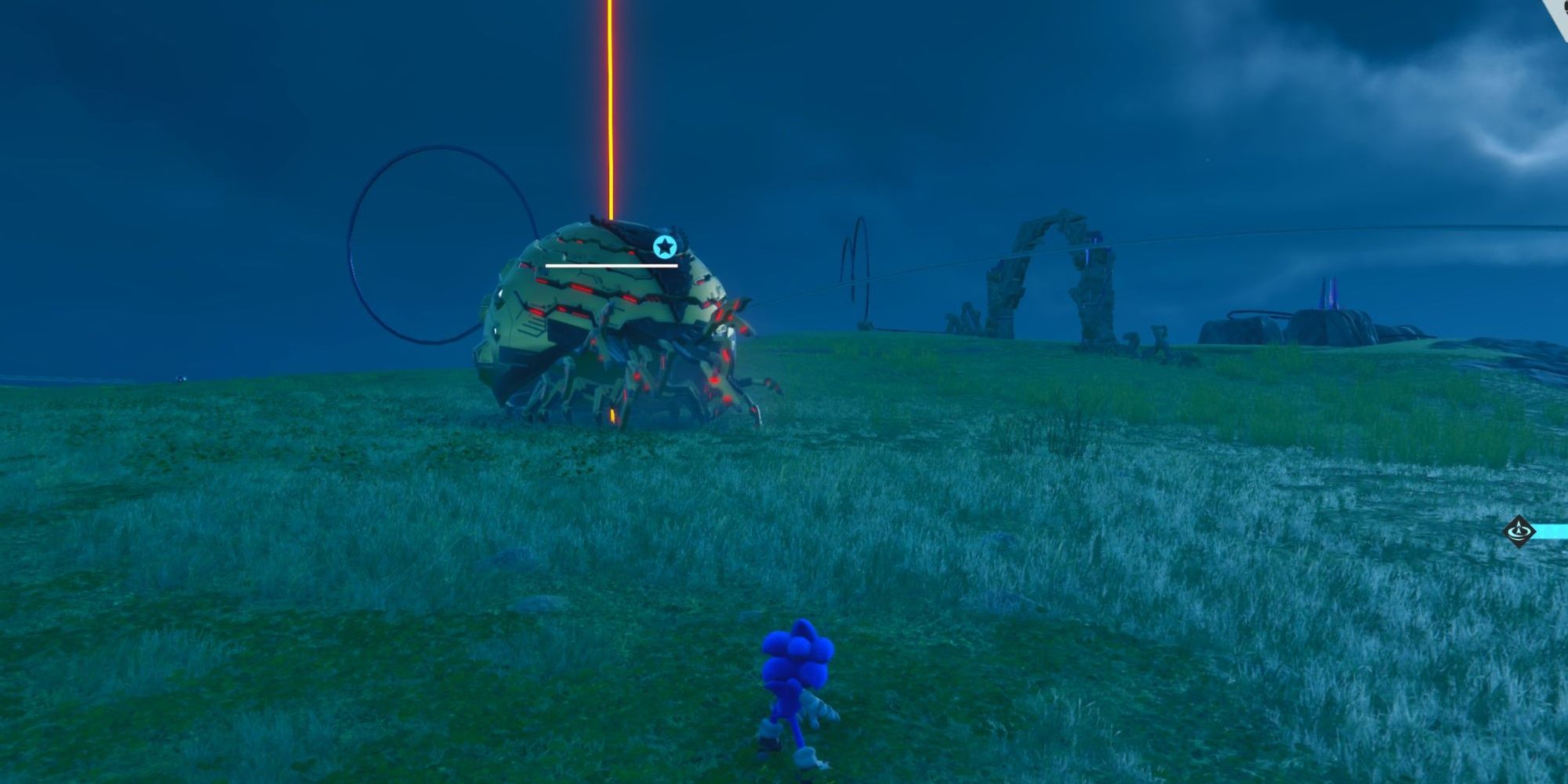 Exclusively found on Ouranos Island, Caterpillar is one of the more unsettling designs. First off, the music when approaching the Caterpillar sounds fitting for an ant infestation. It definitely gives off creepy crawler vibes, as does the design itself. This is all before the fight itself has begun, too.

You grind on two circular rails and need to collect the blue spheres while avoiding the red spheres and Caterpillar's laser. It's somewhat similar to the Blue Sphere special stage in that aspect. After getting them all, Caterpillar is now vulnerable to attack. Its challenge is fitting for the last island. Caterpillar is one of the more memorable Guardians coming out of Sonic Frontiers, although maybe only if you have a phobia relating to bugs. 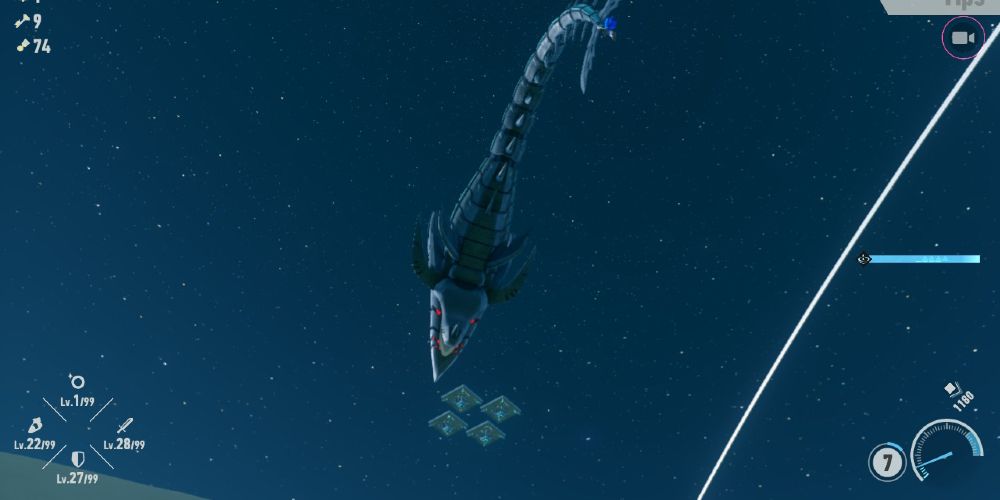 In the sandy deserts of Ares Island, it's a Shark! With no Chief Brody in sight, Sonic must take the Shark head-on. Having a Guardian that's a sand shark is pretty cool by itself. It also fits the location, which most other Guardians don't take advantage of.

Unfortunately, the actual fight is mostly a quick-time event and is over pretty quickly. Still, the design itself and how it fits with the area it's fought in make it one of the more cool enemies in Sonic Frontiers. You just can't go wrong with a shark in your game. 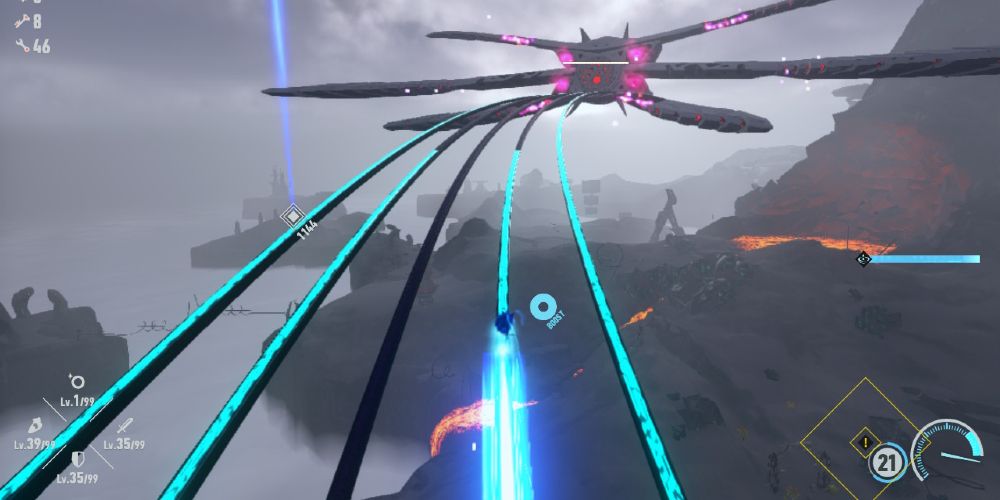 Fortress is one of the few enemies that offers a major sci-fi aesthetic. Looking like something out of a space opera, they are encountered on Chaos Island. You won't miss them since it's a required fight to open up one of the portals. The boss is similar to Squid in how you need to follow his track as grind rails will appear underneath him when there's no land below. 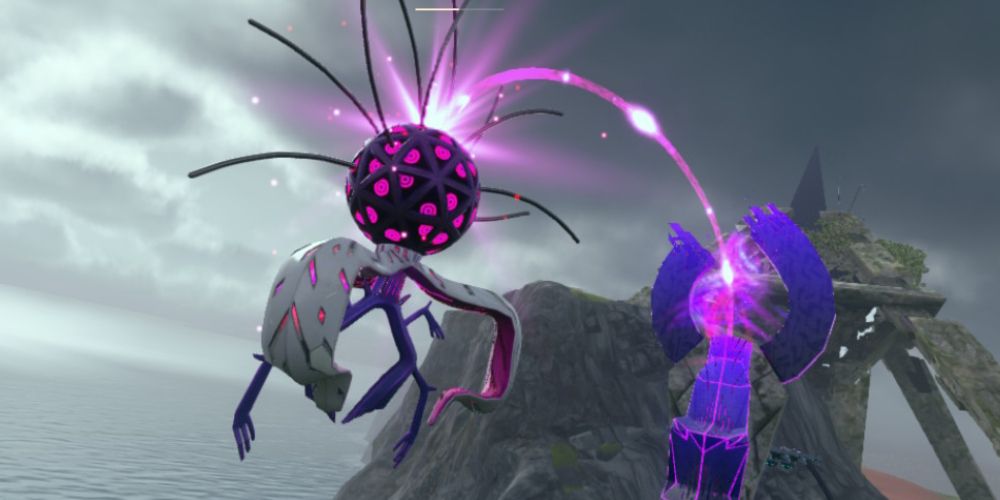 A common trope for enemies in action-adventure games is to have a normal object used for progression, but it's actually evil. And now, Sonic has one too. Found exclusively on Ouranos Island, the Ghost statue seems like something needed to get an item. However, once you light the blue trail around it, Ghost will show its true colors.

Ghost is mainly a platforming boss fight where you need to get to the statue that powers him and shut it down. After four statues get destroyed, Ghost is done for. The music being one of the better ones for the Guardians, the neat trope the enemy is attached to, and its fun gameplay all collect to make it one of the more cool bosses. 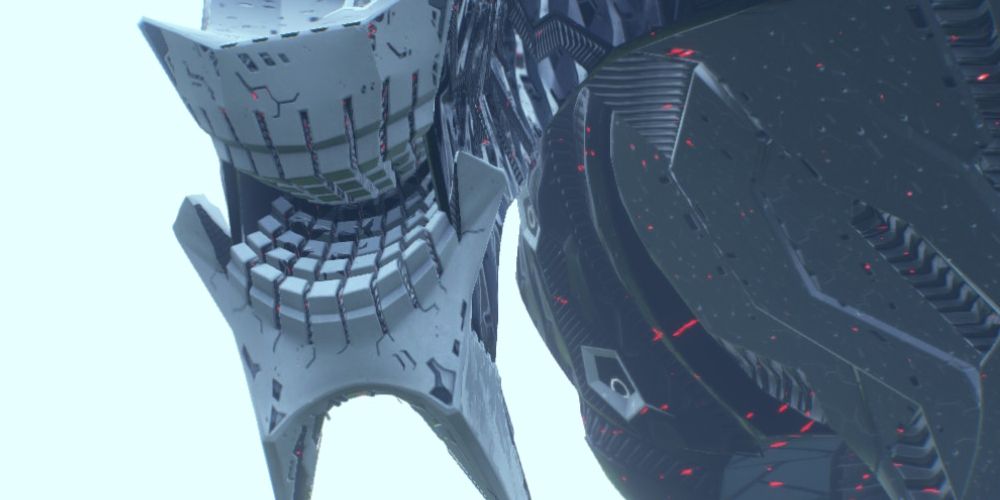 The first Titan you fight in Sonic Frontier is Giganto, who looks vicious. Giganto's main focal point in the design is his mouth, which gives off a xenomorph feel. It's very intimidating, and you will probably feel it, considering this fight is quite difficult when starting.

It takes a bit of time to learn how the Titans work, and you need to come prepared with a lot of rings. Every Titan's music, including Giganto's, is amazing. It gives off Metal Gear Rising vibes that fill us with hype. Giganto's design is so cool that they actually duplicated it for the second to last boss, giving it a more red-and-white color scheme. 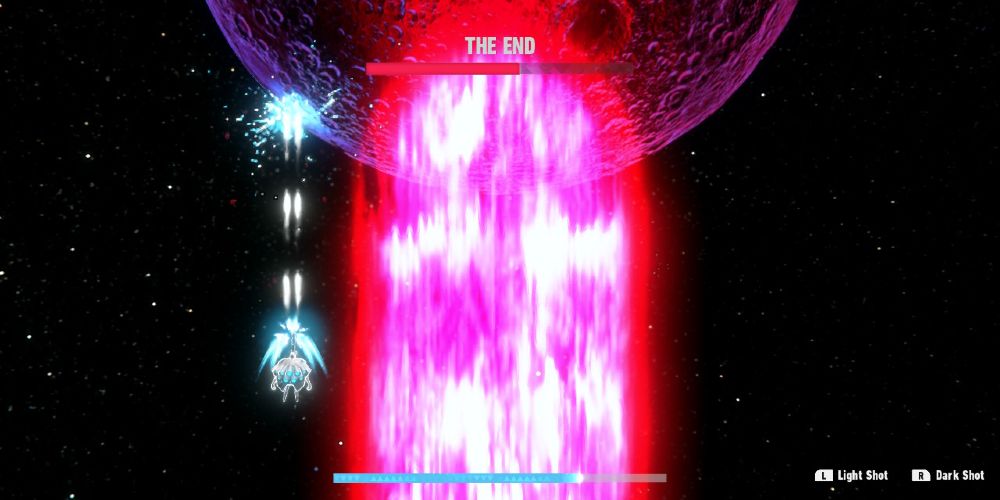 The final boss of Sonic Frontiers is The End, and it's pretty unique. First, the name is both cheesy and awesome for a Sonic game. The design itself is a simple red and purple moon, but giant spheres as bosses always have a gigantic larger-than-life aspect to them. It almost feels unkillable with how large it is and how slowly their health drains.

The fight itself is an Ikaruga-style shoot 'em up. It's long, challenging, and one of the best final bosses in Frontiers. Unfortunately, what sets this boss back is that it can only be fought on hard difficulty. You simply do a quick-time event on easy or normal difficulty, and then it's over. This fight should be on every difficulty. 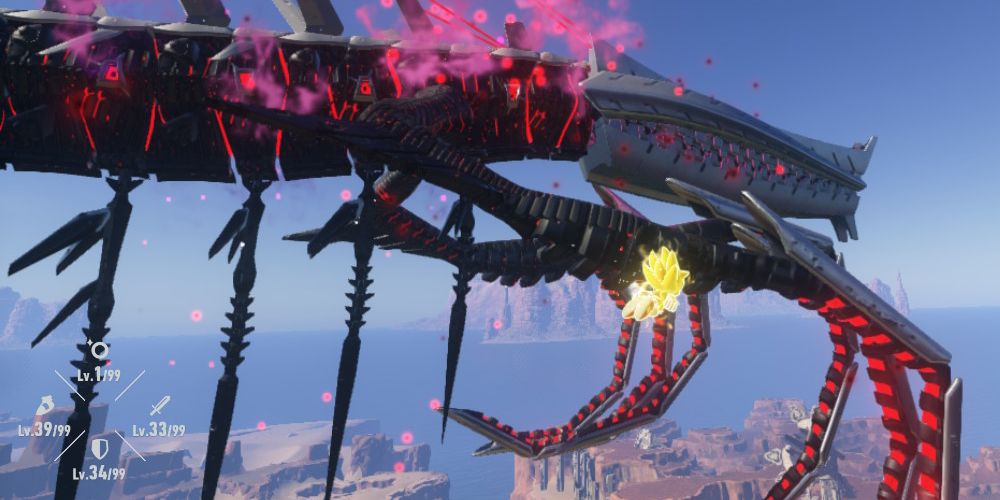 The best and most enjoyable Titan boss has to go to Wyvern. Its design looks sick with the core millipede body, looking like something you would see on a Yu-Gi-Oh card. It's the most fun Titan fight since it flies like you, unlike the other boots-on-the-ground Titans. This makes the fight much more engaging.

The music is excellent, like all the other Titans. Not to mention that the section before you play as Super Sonic is also the best with its platforming gameplay. All things considered, Wyvern is up there with The End in terms of the best boss fights in the game.