Back when Netflix's The Witcher adaptation was first announced, there was a fair bit of scepticism surrounding the entire project, mostly down to the news that Henry Cavill would be playing Geralt. How could the actor that played the prim and proper Man of Steel accurately portray one of gaming's most rugged protagonists? It's safe to say that Cavill proved the doubters wrong though, and is now set to play Geralt once again in Season 3 of the show which airs next summer.

However, if you can't wait until then, there is another way you can get your Henry Cavill fix. Thanks to a new mod by creator WiSs_Starlord, you can go on as many adventures as you like with Cavill's portrayal of Geralt of Rivia as his likeness is now available in Skyrim. All you have to do is head on over to Nexus Mods where the mod is available and follow the instruction that WiSs_Starlord has set out to ensure to download it correctly.

While there are plenty of mods out there that can change your character's likeness, you'll find very few as well-detailed as WiSs_Starlord's. Even from a cursory glance you can see that it's Henry Cavill, but upon further inspection you can see the finer details like his Witcher medallion on his chest, his incredibly chiseled chin, and his piercing yellow eyes. 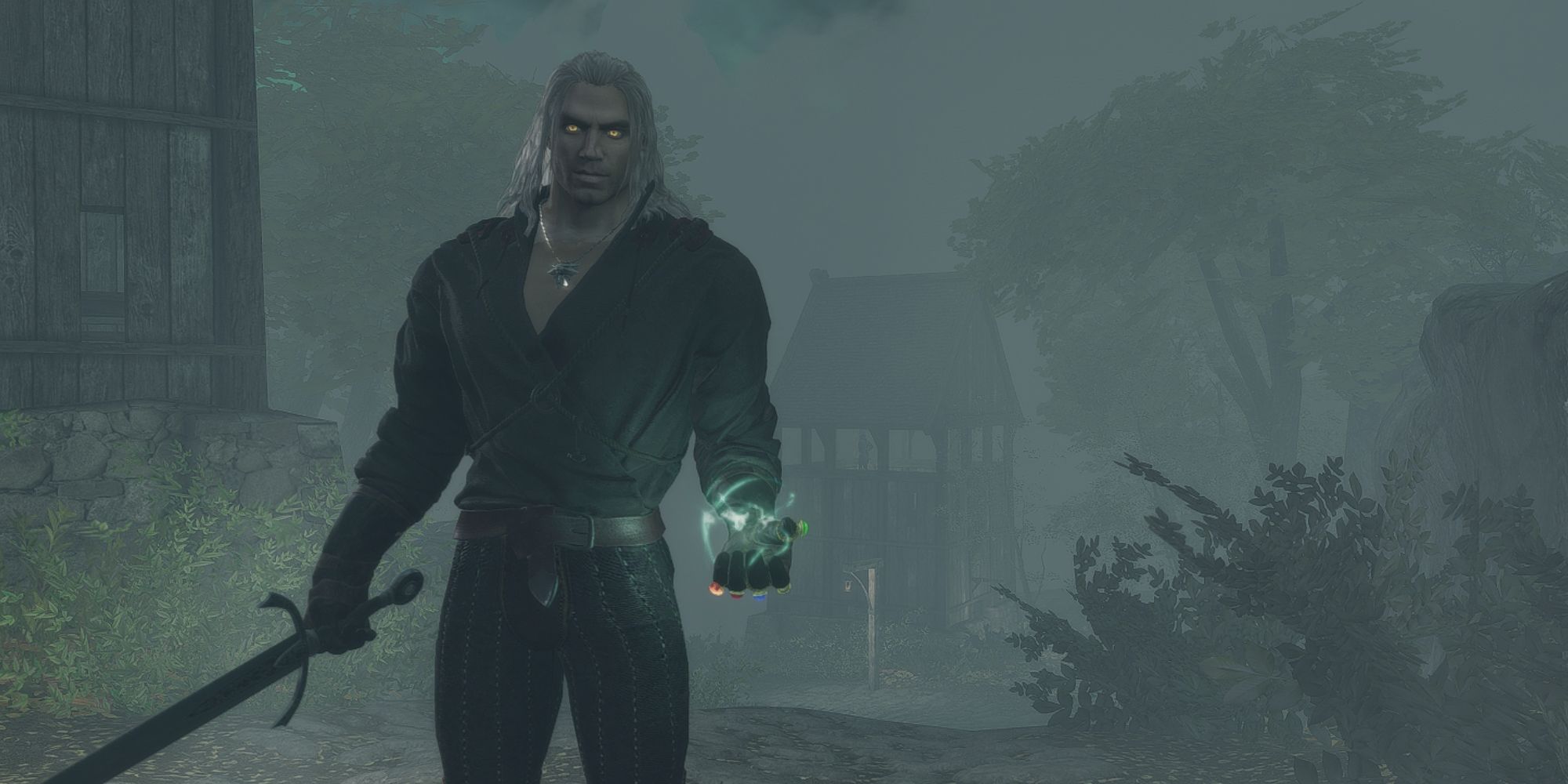 If you're itching for even more Witcher in your life, you'll be pleased to know that the end of the year is pretty good for fans of the franchise should everything pan out as expected. Firstly, Netflix recently announced a brand new Witcher TV show called The Witcher: Blood Origin that is set to air later this year on December 25. The show will explore the origins of the first Witcher as well as the events leading up to the Conjunction of Spheres.

Secondly, CD Projekt Red assured fans of the games that the PS5 and Xbox Series X ports for The Witcher 3: Wild Hunt are still going to drop at some point later this year, although it still hasn't provided a date.