Home » News » Sea of Thieves Update: Servers down for Heart of Fire patch

Sea of Thieves Update: Servers down for Heart of Fire patch

Earlier this week, Sea of Thieves dashed fans hopes with news that their next update, titled Heart of Fire, had been put on ice.

at the time the developers from Rare told fans:

"Due to an issue discovered by our Insiders, the Heart of Fire update will no longer be launching on March 11th as originally planned. We will share information regarding a new release date for this update within 24 hours. This does not affect your current Voyages."

But overnight there was finally some good news that a fix had been found for the glitch.

And as of this morning, the update is rolling out, with Sea of Thieves servers currently offline for maintenance to deploy the new patch.

In terms of the update itself, there's lots of bug fixing inbound as the game prepares to celebrate its second birthday, but there's also plenty of new features too.

There's a lot of PvP-focussed items, such as new chain-shot cannonballs to tear through ships, as well as new throwable explosive known as the Blunderbomb.

Away from all the fighting, the game also adds a brand-new story mission, 'Heart of Fire'.

This is a new Tall Tale and a continuation of the story from November's Seabound Soul expansion, which also sees the return of fan-favourite Sir Arthur Pendragon.

You can get a better idea of everything coming to the game today on the below news video from the team at Rare.

For now, hang tight, the update is rolling out and official patch notes for todays update are likely to be shared shortly. 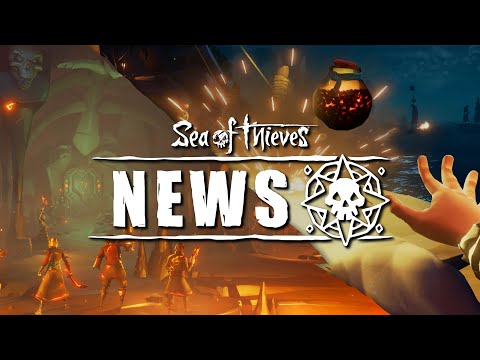