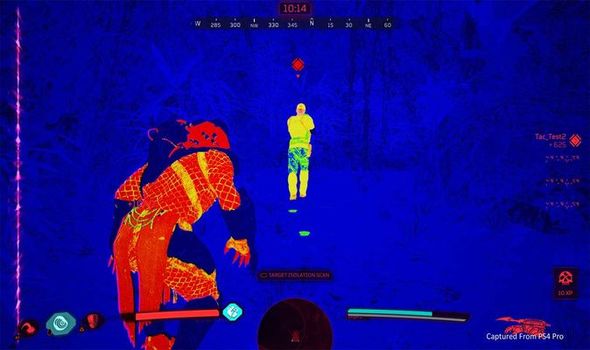 The Predator Hunting Grounds beta launches in the coming days and is promising PS Plus subscribers the chance to try out the new asymmetrical multiplayer experience for free. It’s one of the additional bonuses that came with the release of the March PlayStation Plus free games, and we know a lot more about what to expect. This includes when gamers will be able to log in and start their adventures, either as the four-player fireteam, or as the fearsome galactic bounty hunter.

WHAT TIME DOES THE PREDATOR HUNTING GROUNDS TRIAL START?

As confirmed by Sony earlier in March, the new Predator Hunting Grounds Trial will start on Friday, March 27, 2020.

And from what has been shared so far, it sounds like things will be kicking off globally around the same time.

There are differences in launch times depending on where you live in the world so it will be worth keeping up to date with the latest news from Sony.

Developers IllFonic has confirmed that the Predator Hunting Grounds Trial start time has been set for 4pm GMT, in the UK.

Meanwhile, the PS4 beta will be released at 5pm PT in the United States and 3PM in Japan.

It should also be noted that a PS Plus subscription will be required to join in on the beta on the PlayStation platform.

For those who don’t have that, the Hunting Grounds beta will also be running on the Epic Games Store for free.

The development team has also confirmed that the Predator trial is scheduled to run throughout the weekend, ending at 11.59pm PST / GMT / CET / JST on Sunday 29th March.

IllFonic have also been sharing news on what gamers can expect when the new multiplayer experience goes live this weekend.

“If you are the Predator, your mission is clear- take out the Fireteam and collect your trophies,”

“Nothing else matters. If you are the Fireteam, you will have specific objectives against AI that you will need to accomplish, get that done and escape with your lives to win the match.

“You definitely have the option to hunt the Predator which will earn you more XP, but consider risk vs. reward especially when you are playing to win.

“To be effective as a 4-person Fireteam, everyone should know their role and play to their class’ strengths. During the trial, you can choose to play 3 of the 4 classes that will come with the full game: Assault, Support, or Scout.

“A Scout excels at speed and agility, allowing them to run ahead to discover helpful items and complete objectives.

“Being a versatile class, Assault can cover the Scout, help complete missions, fight AI enemies, and prepare for when sh*t hits the fan.

“Lastly, Support can carry more helpful gear to resupply their team, help soak up damage in large battles with AI, and draw the Predator’s attention. A properly structured team will force the Predator to be extremely careful.

“The Predator’s most powerful tool for tracking is their vision mode. Using this mode will allow the Predator to see sound disturbances (Gunfire/Explosions) across large distances to zero in on chaos that could potentially be caused by the Fireteam. The Predator can also use Target Isolation, a cooldown-based ability which sends out a pulse of energy that highlights the general area of the Fireteam members in the map.”