Beyond is one of Outriders’ late-game campaign quests. After defeating a Behemoth duo and Kang’s Fighters, you’re now tasked with finding shelter for your crew against an incoming Anomaly storm. Unfortunately, you’re in the middle of a barren desert.

Well, as barren as it can get in a looter shooter. A few enemies are lurking in the area, including Beasts and a new faction named the Ferals. This mission is mostly known for the Warlord farm at the end, allowing you to obtain Epic-quality gear with ease by killing a single Captain-like enemy. If you’re interested in farming this mission or it’s your first time, here’s a guide on how to survive in this dangerous desert. 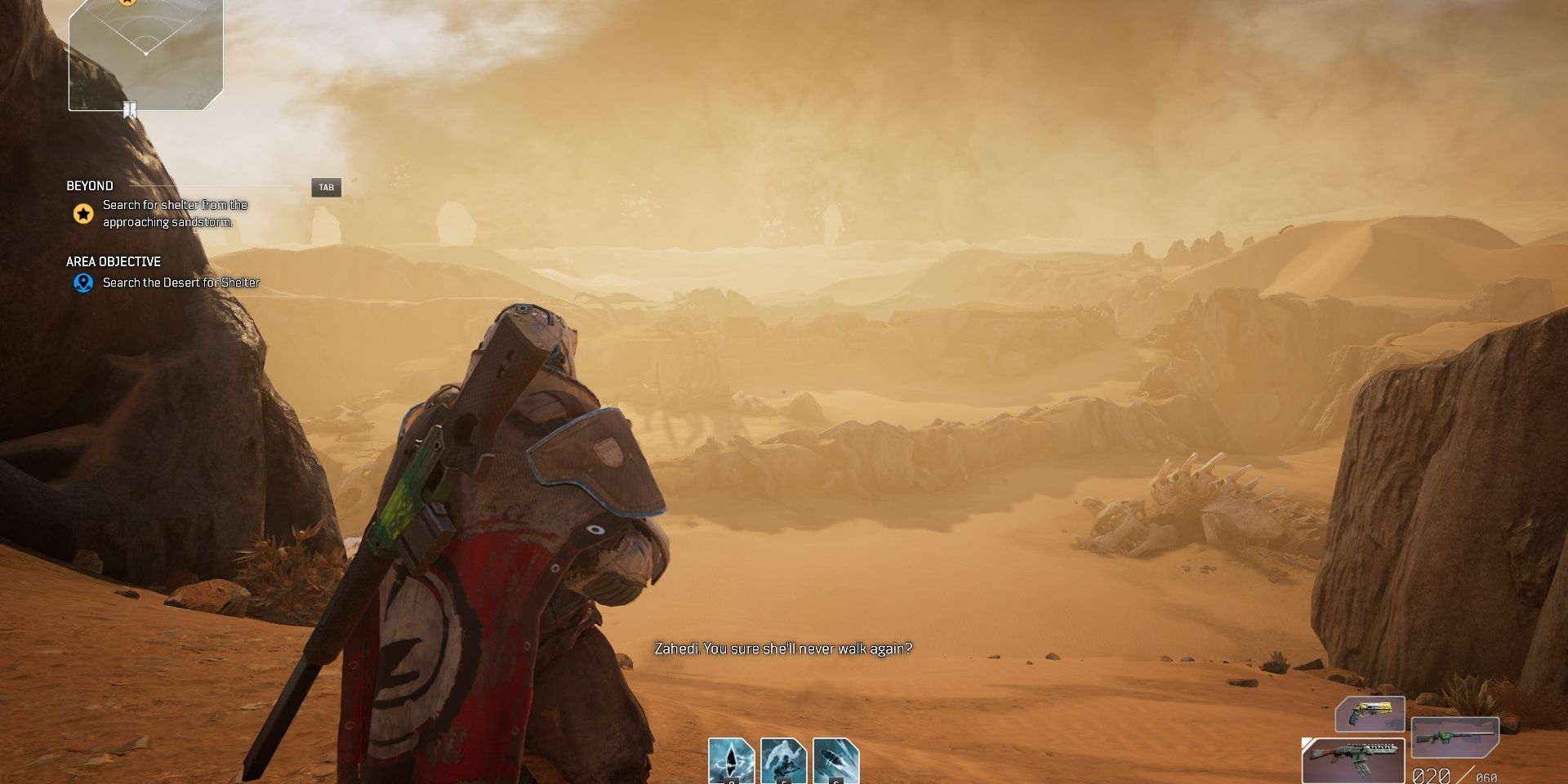 Right as you spawn in, run down the hill that leads to the endless desert. 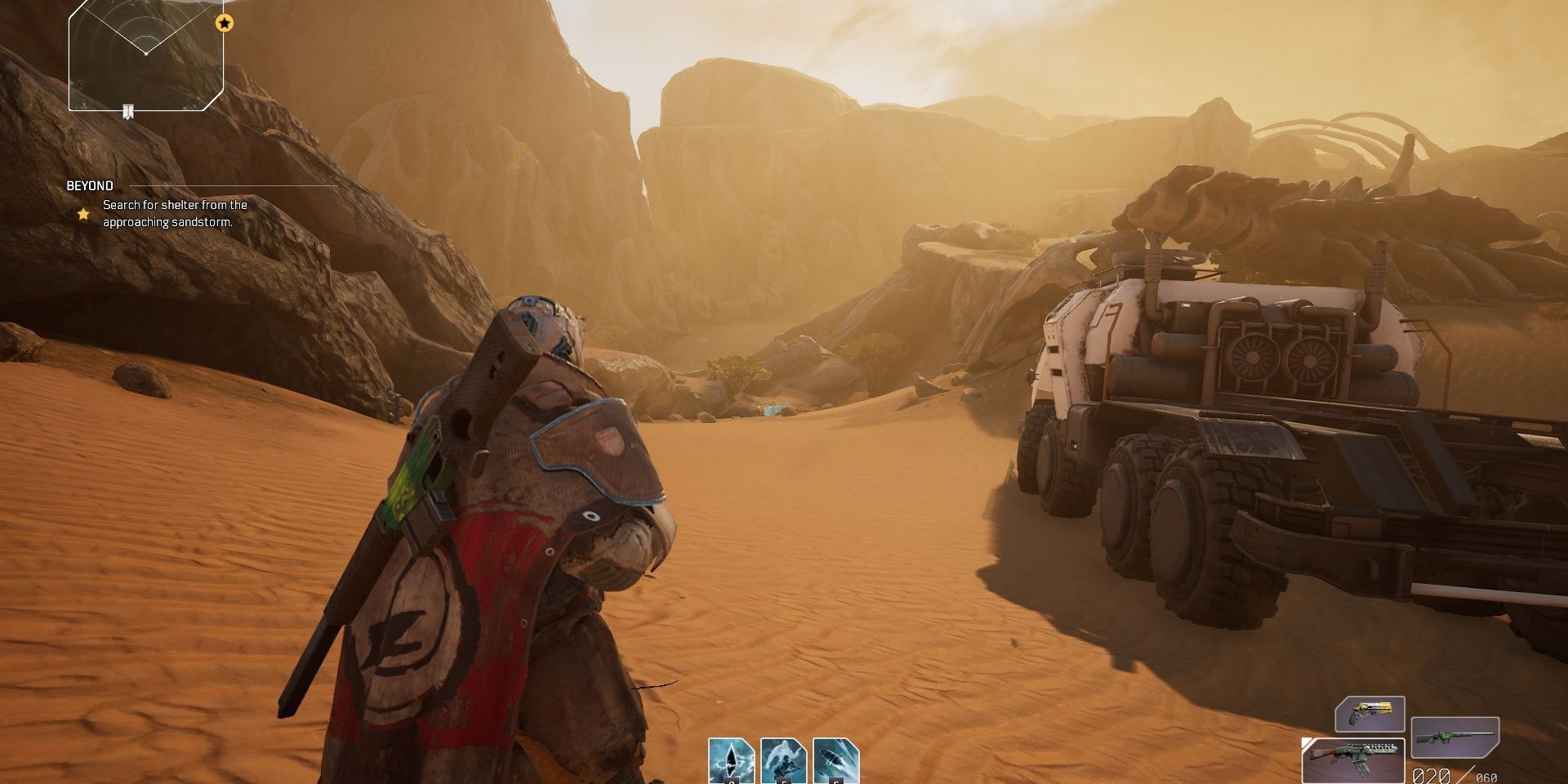 To the left of the truck is a chest you can open. 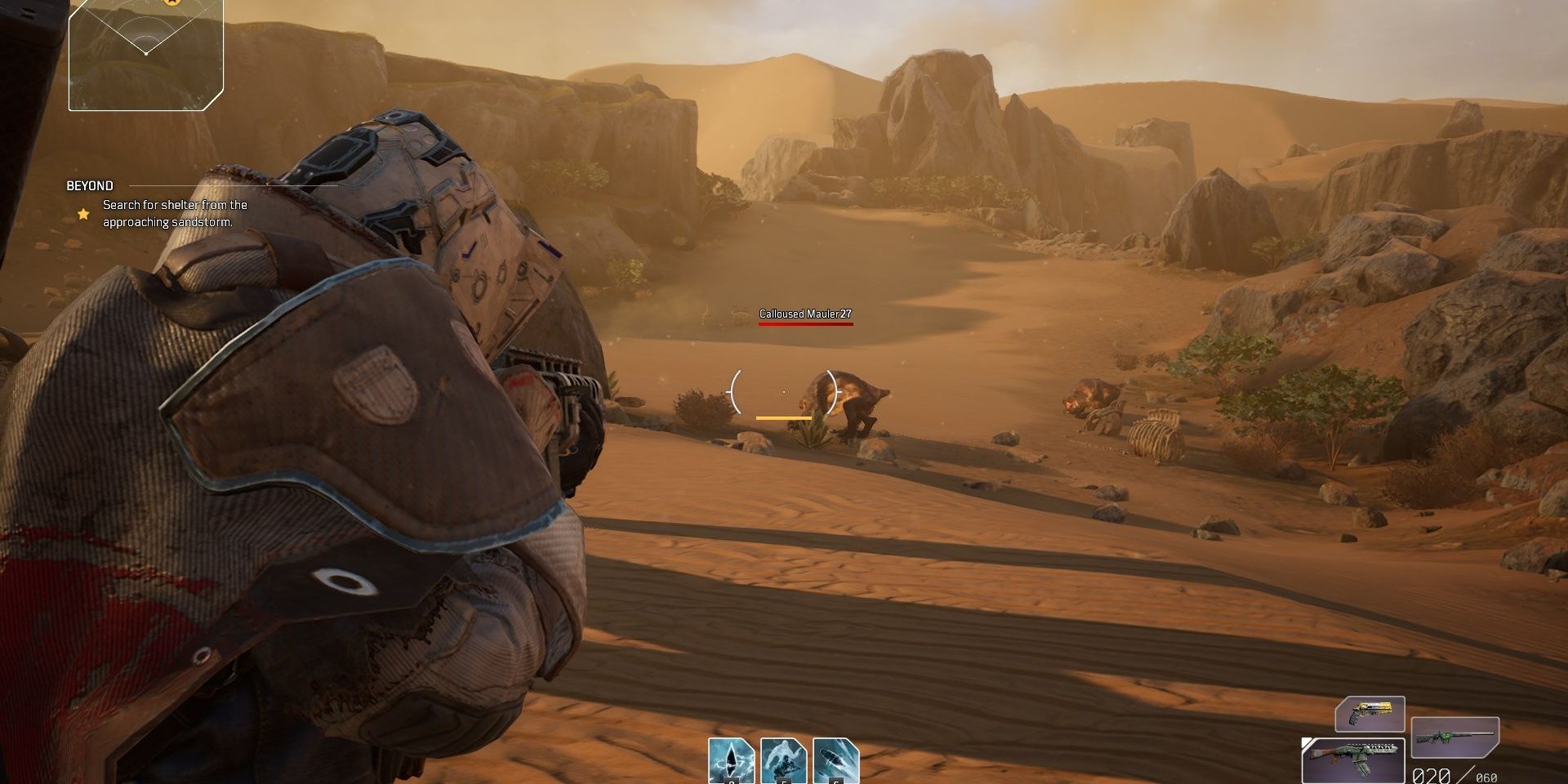 Further into the dunes, you’ll encounter a small group of Maulers. Take them out, then defeat the Mauler waves that follow. Your abilities and weapons should be able to kill them with ease. 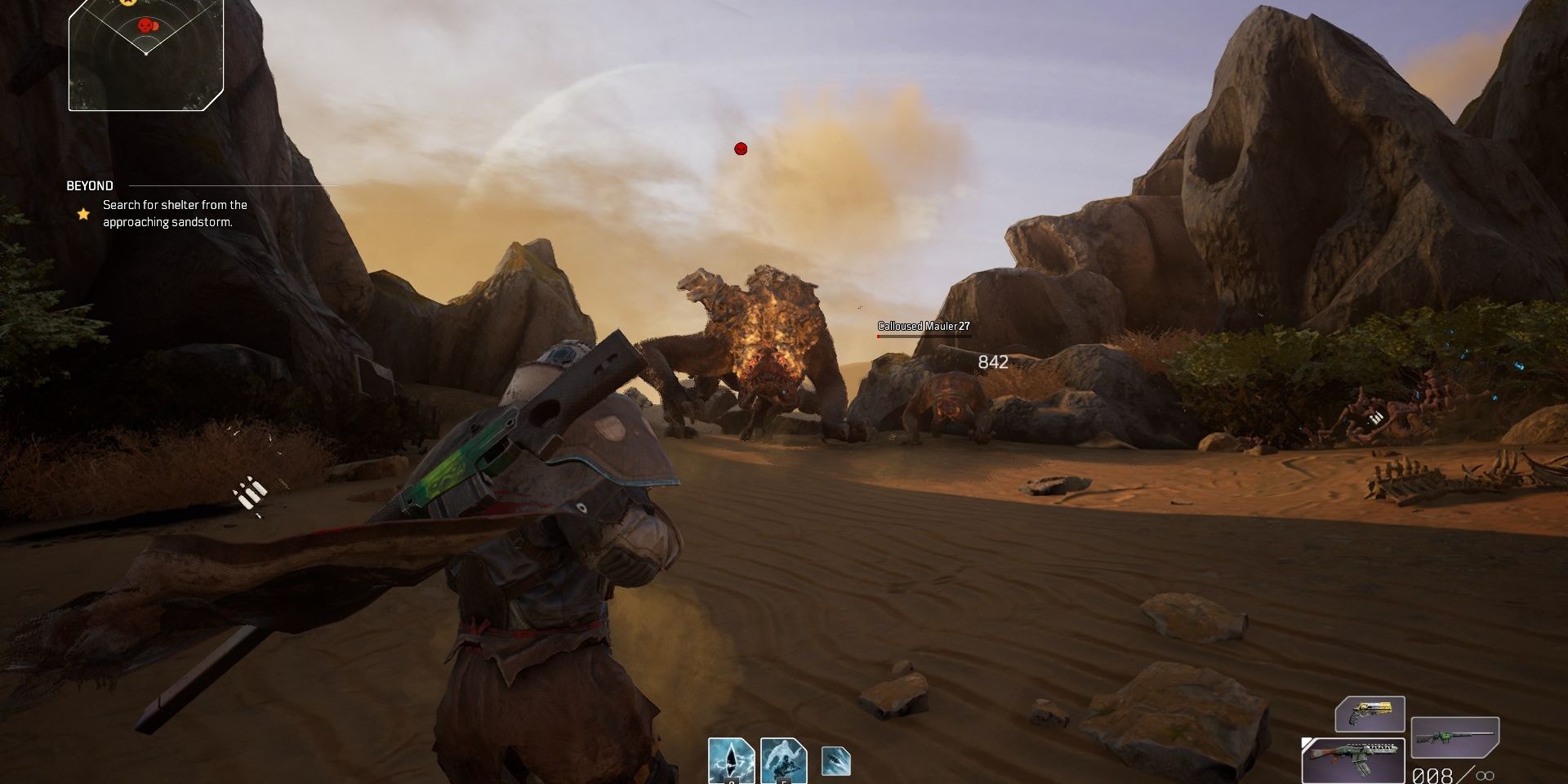 After you’ve killed enough Maulers, a Behemoth will spawn on the right-hand part of the dunes. It’s the only Elite in this arena, so you can safely focus on killing it. Remember to roll out of its AoE slams and charge attacks.

Staying behind the Behemoth is the best way to stay safe. When every enemy is dead, destroy the ruble up the dune to proceed. Be sure to grab the chest beside the debris pile before proceeding. 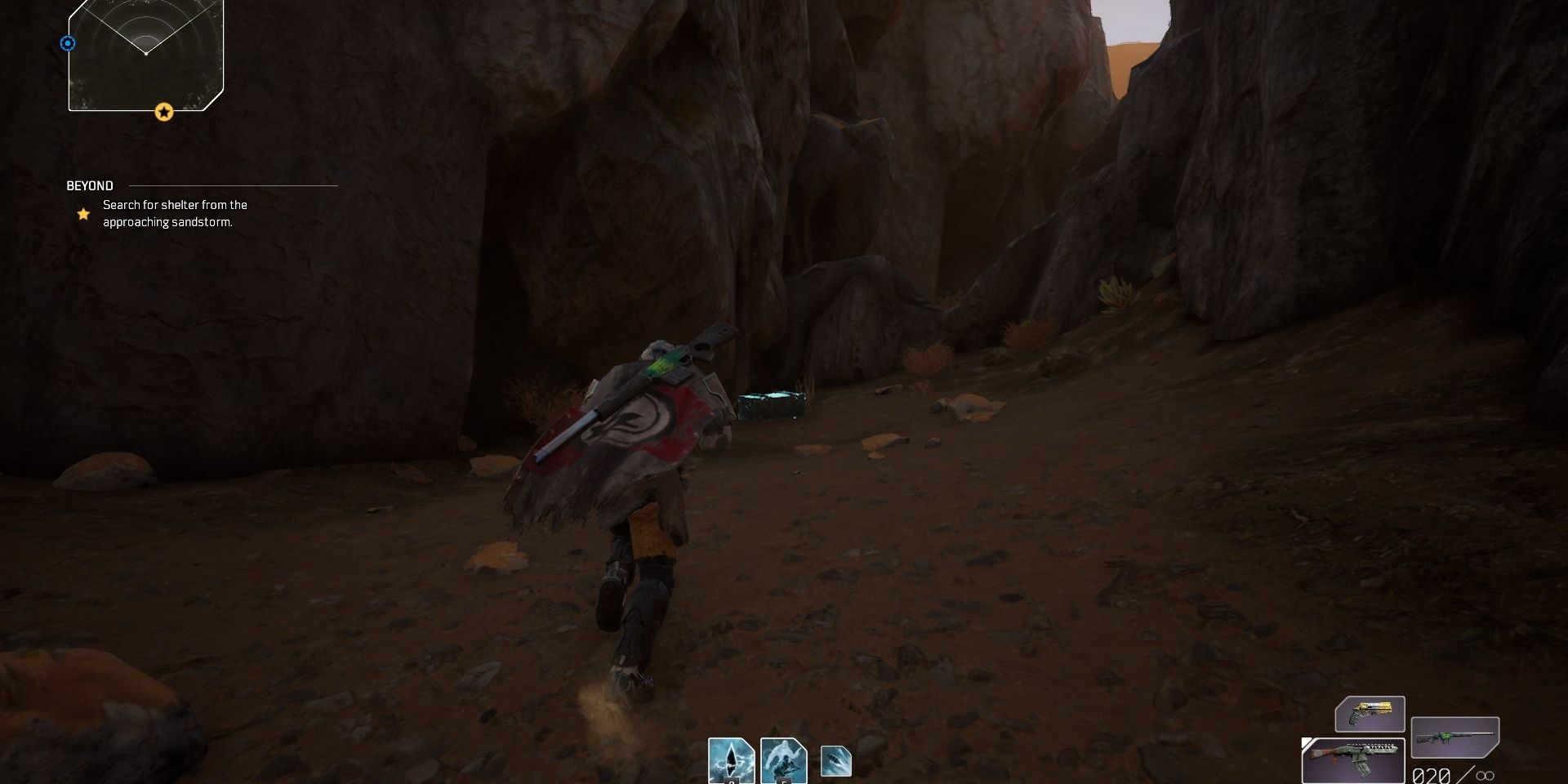 From the truck, head right and follow the path. You’ll eventually come across a fissure in the dunes. Run into the small crack to find a chest. 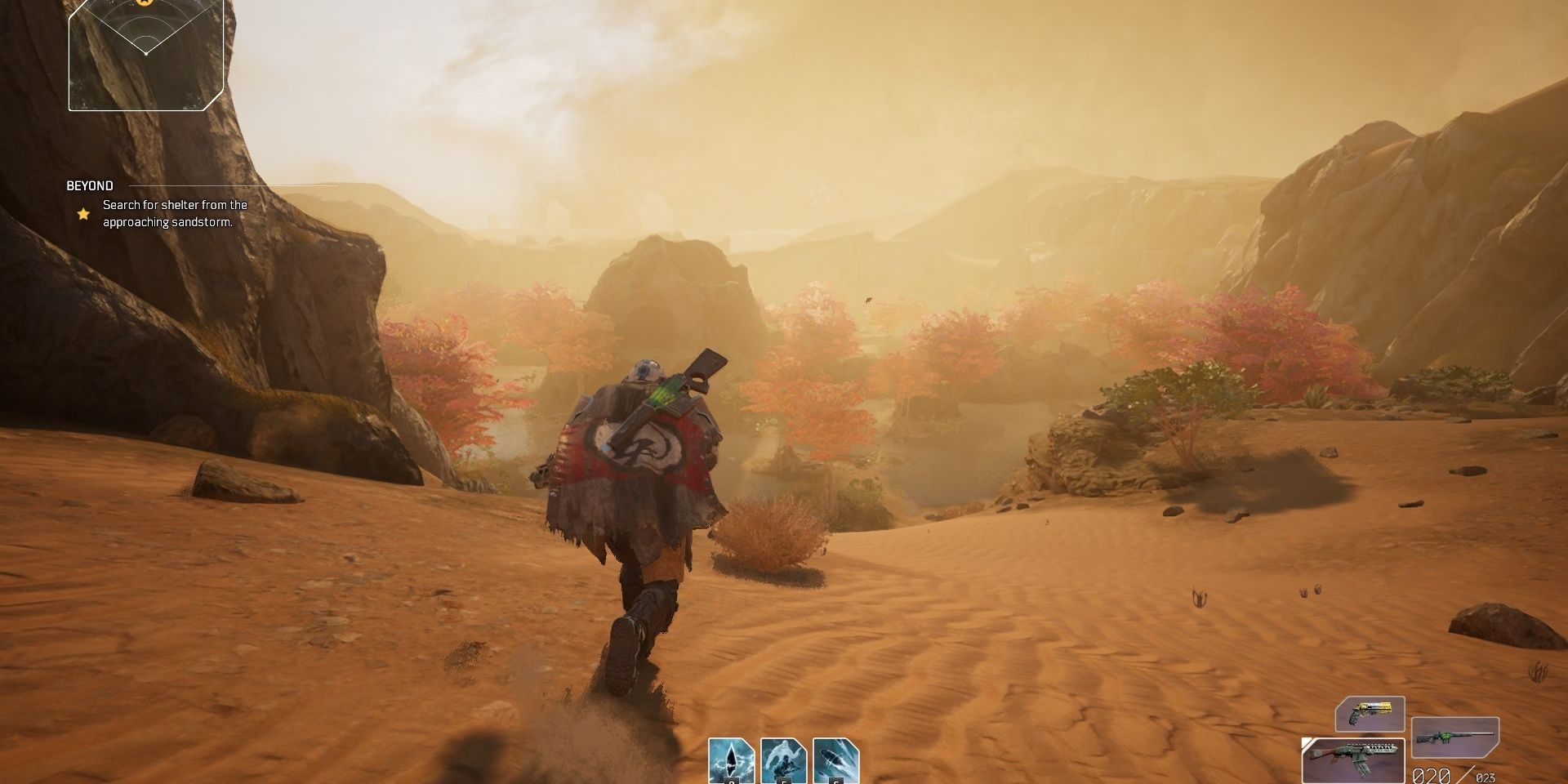 You’ll now be in an Oasis devoid of life. There are two hidden chests in this area. Beyond that, there isn’t anything of value here. Head to the left of the oasis to find a cave your crew can hide in. 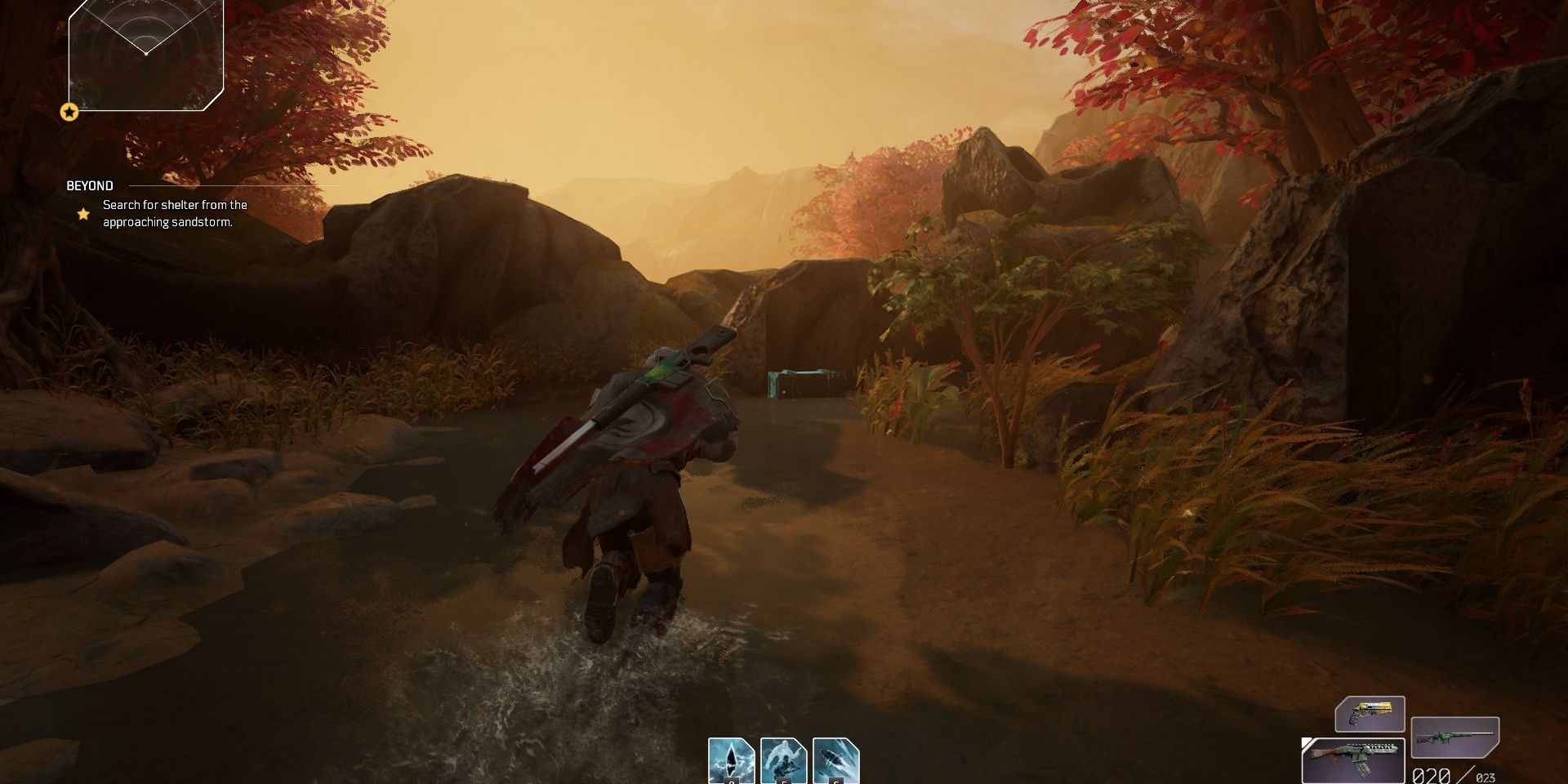 Found in the center of the pond, resting near the central boulder. 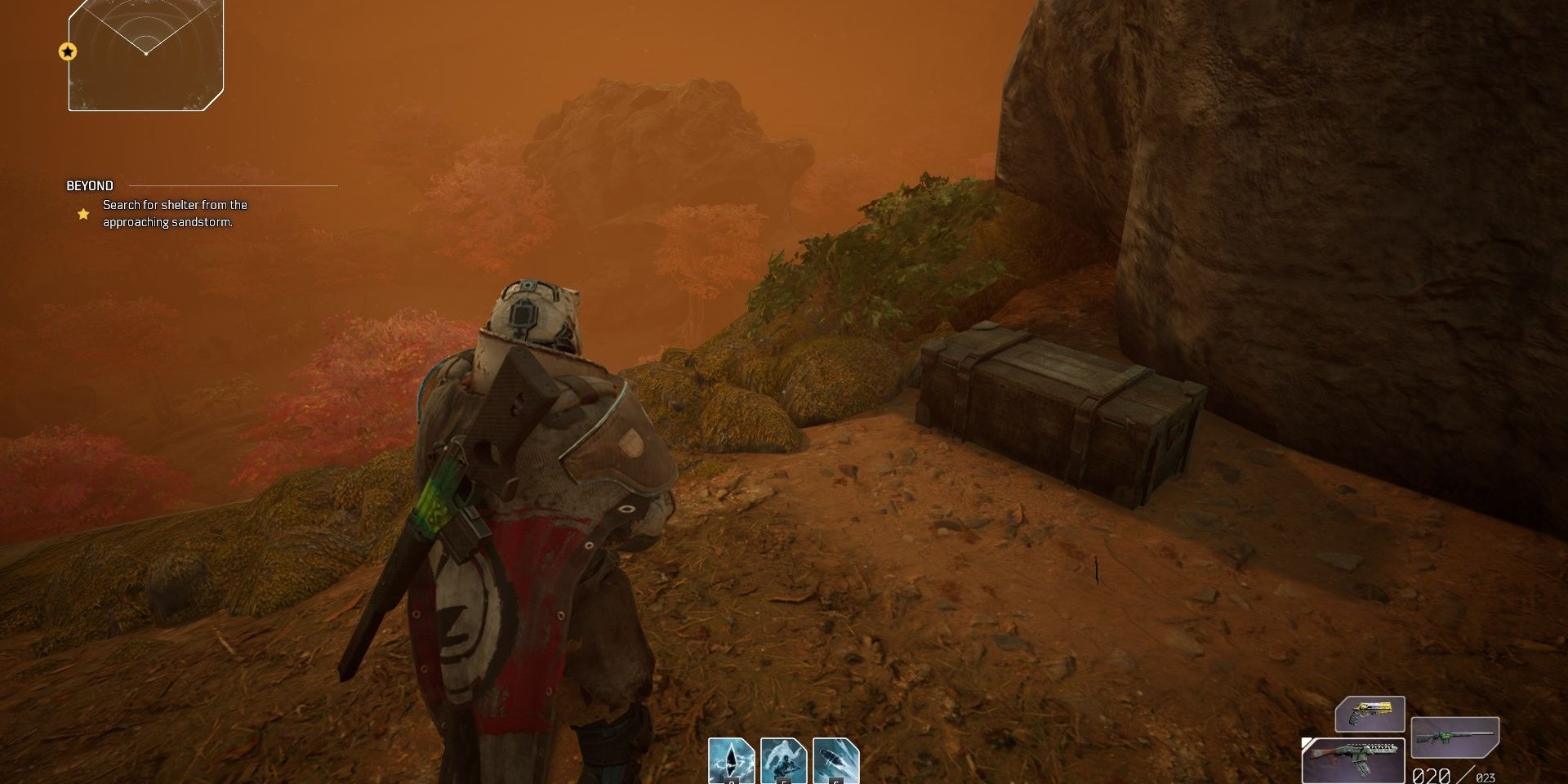 Make a U-turn to your left after running down the dune that leads to the oasis. This will lead you up another hill that overlooks the area. The chest is resting beside a rock wall. 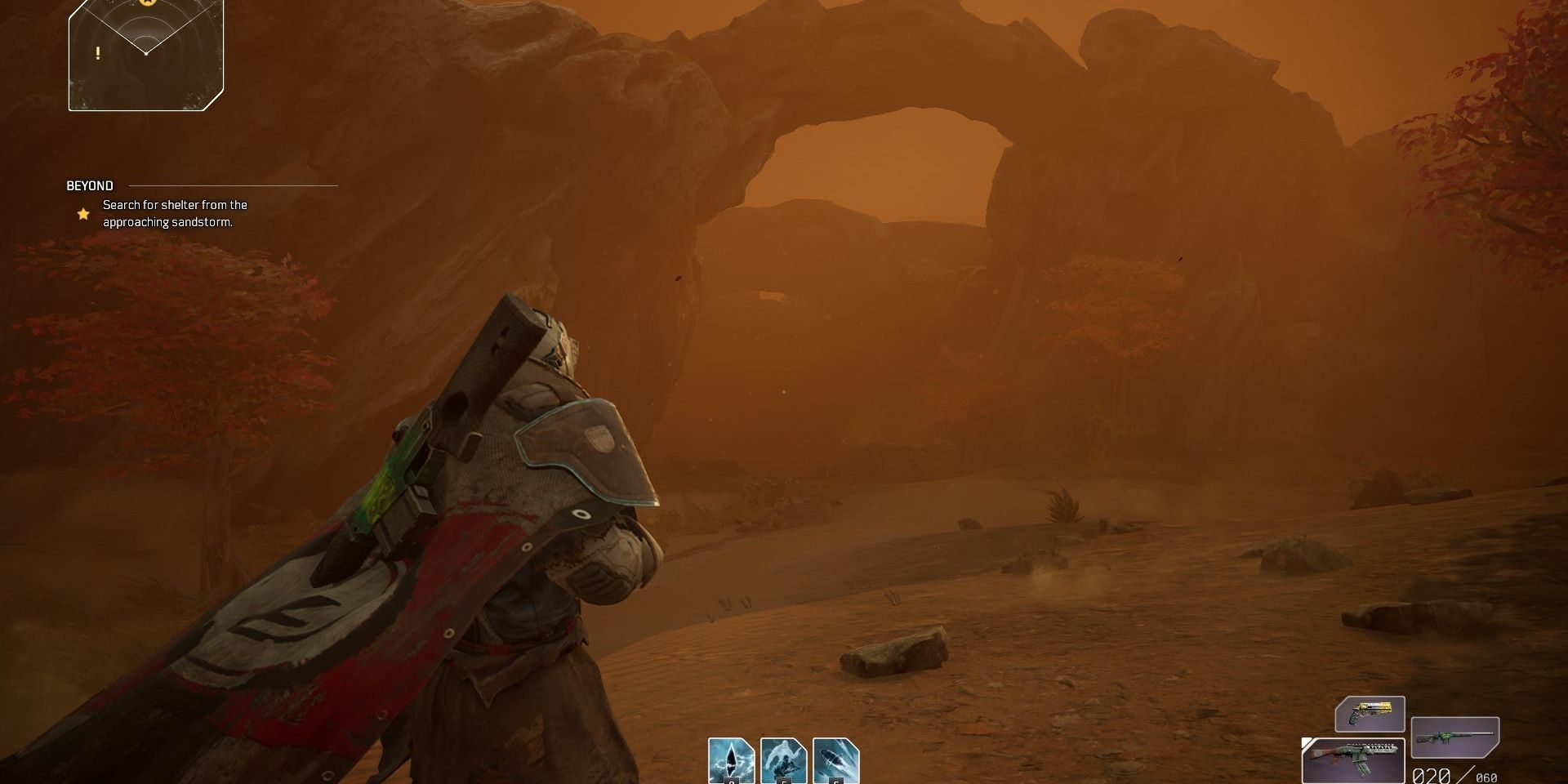 Once you’ve found both chests, head into the cave entrance left of the oasis. This will start the next part of the quest.

Find The Source Of The Distant Light 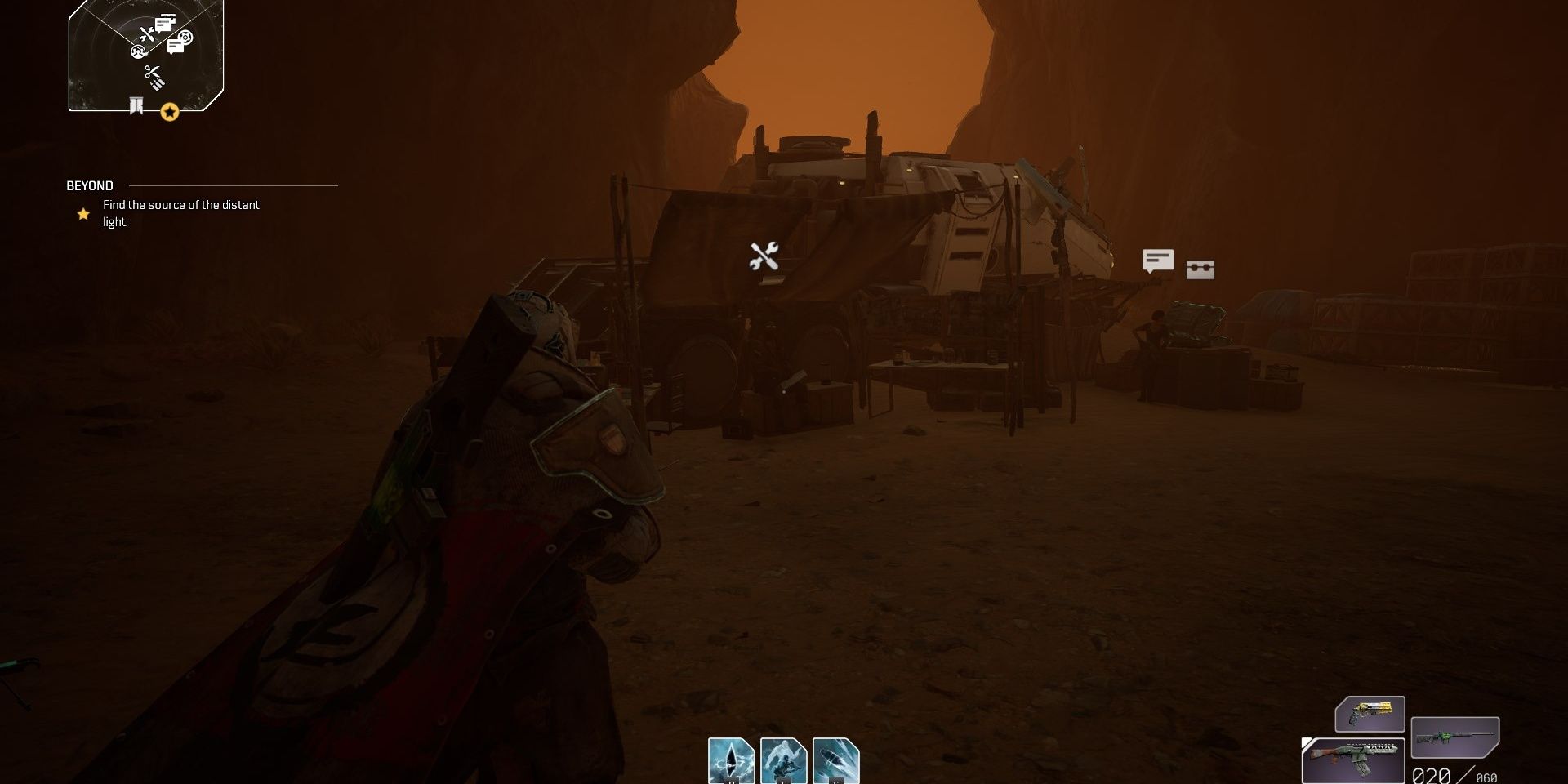 Before leaving, be sure to upgrade your equipment. This is your last chance to use the crafting system until you complete the next quest. 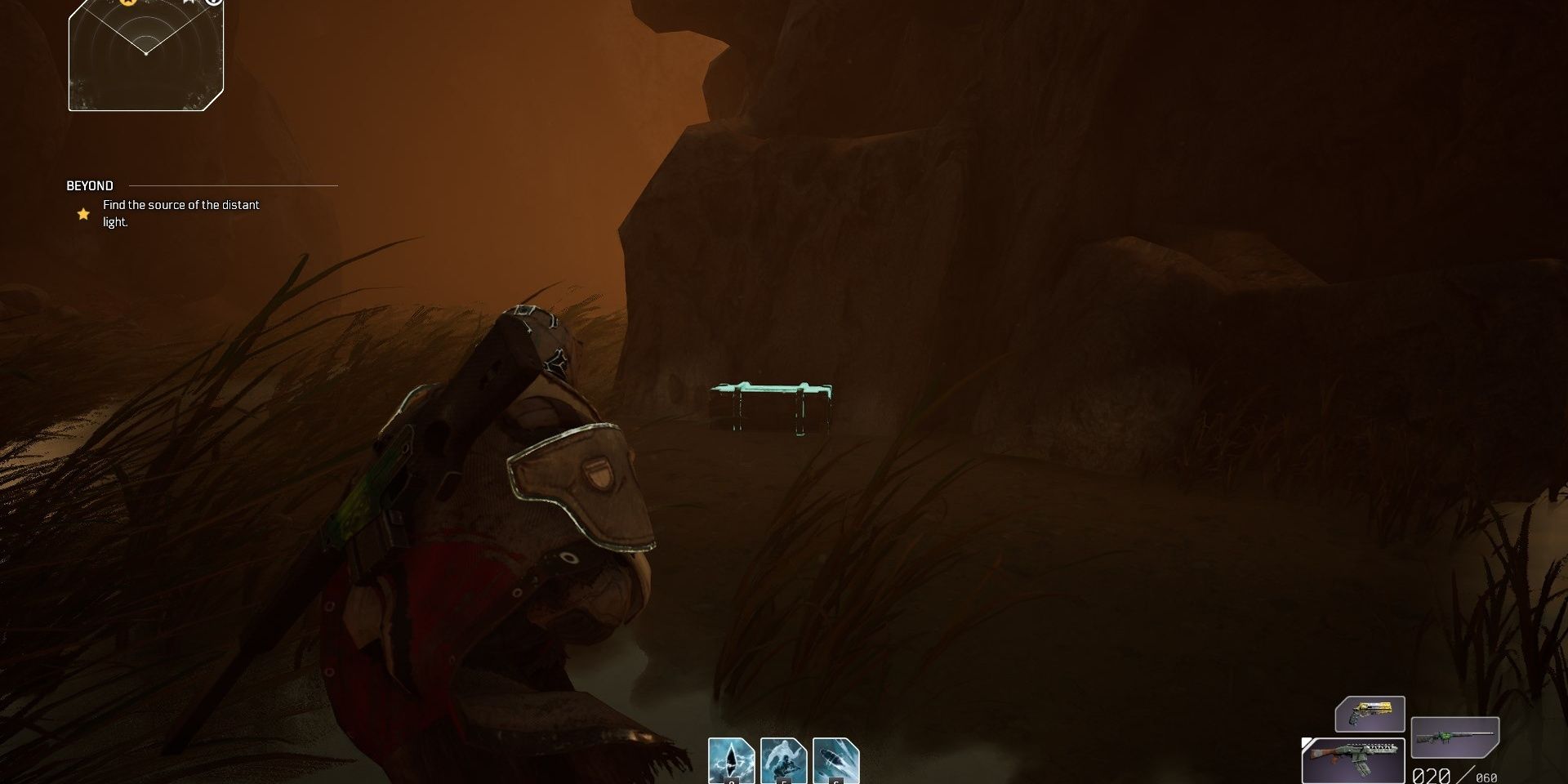 From Bailey’s location, run around the rock pillar closest to her. 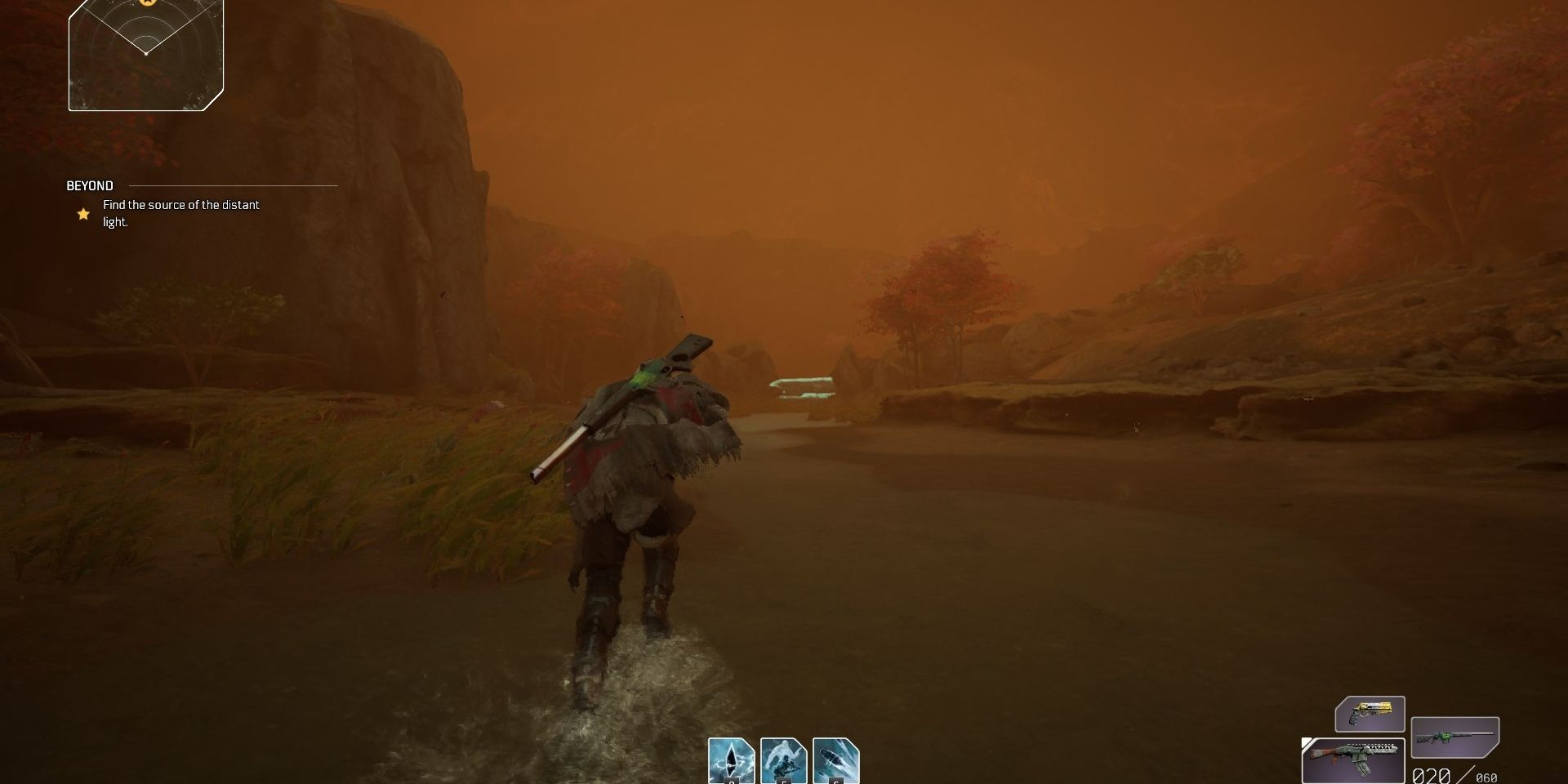 You can find the distant light source directly across from the cave entrance. Exit the cave, turn slightly left, then run towards the blue-glowing rocks. Climb up the rocks when you’re ready. 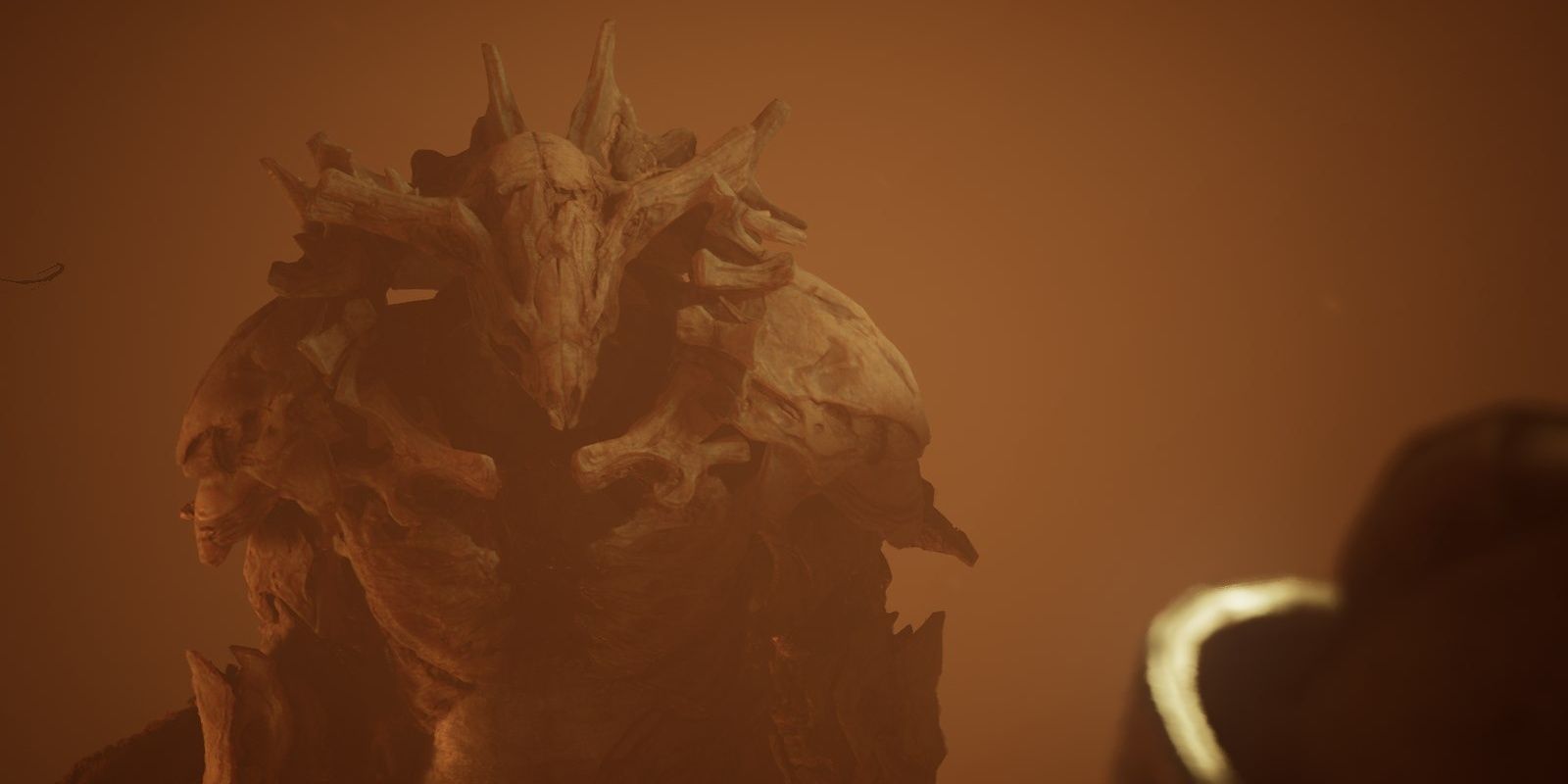 It turns out that there is life in these dunes, and they are less than happy to see you. Known in-game as Ferals, these enemies function identically to the Insurgents you’ve been fighting throughout the campaign. 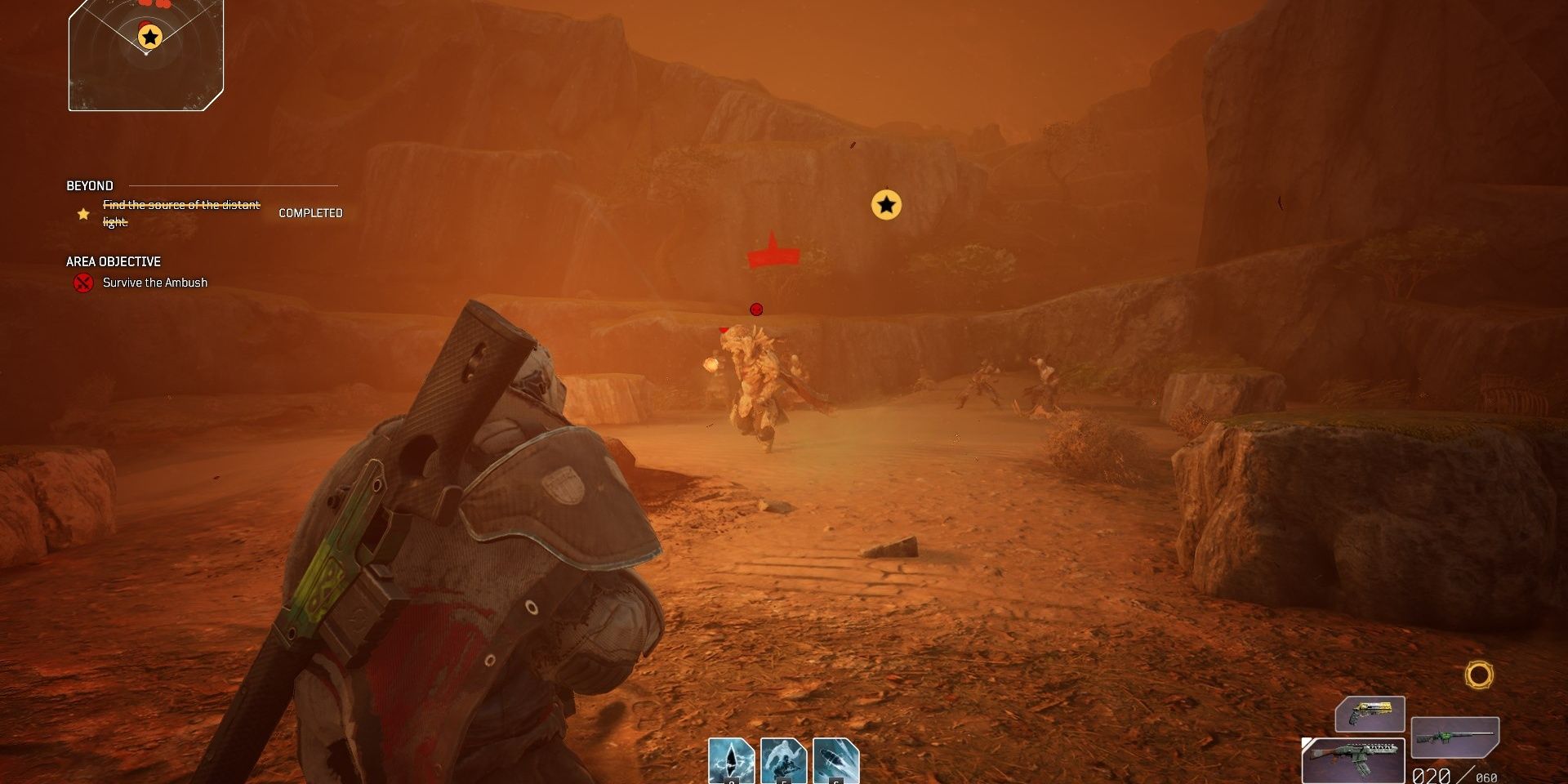 This small camp consists of a Warlord and Warriors—reskins of the Captain and Rifleman enemy types. The Warlord is your largest threat here. Stay aggressive, melee him to interrupt the Warlord’s attacks, and use the Warriors to activate your healing mechanic. 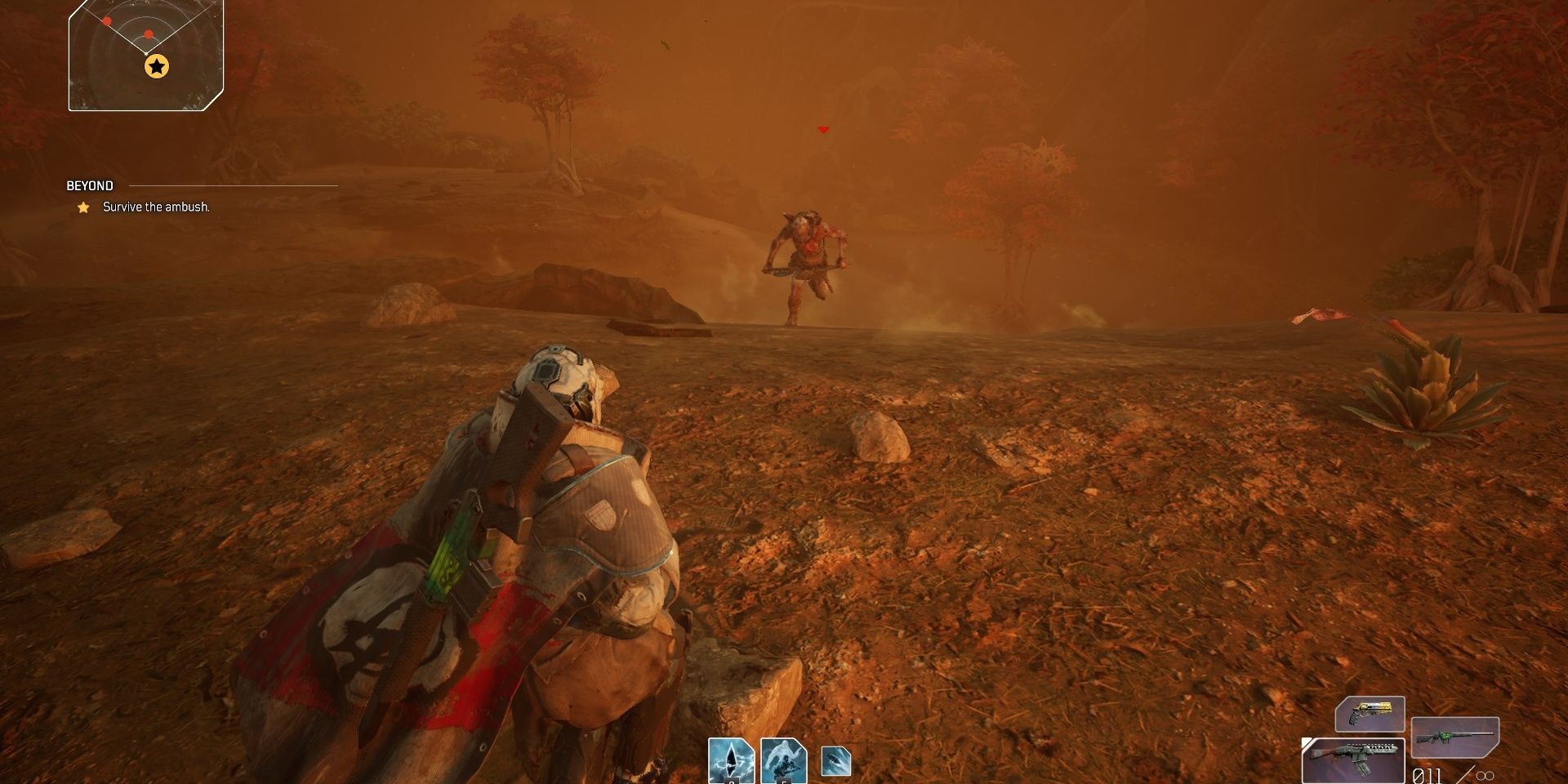 Berserkers will flood the arena from all sides, rushing you with their makeshift melee weapons. Use crowd control effects or raw damage to clear them out. If they’re giving you trouble, you can run in a circle to group all of the enemies together, leaving them susceptible to an AoE ability.

Once every enemy is dead, double back to the cave to finish the quest. 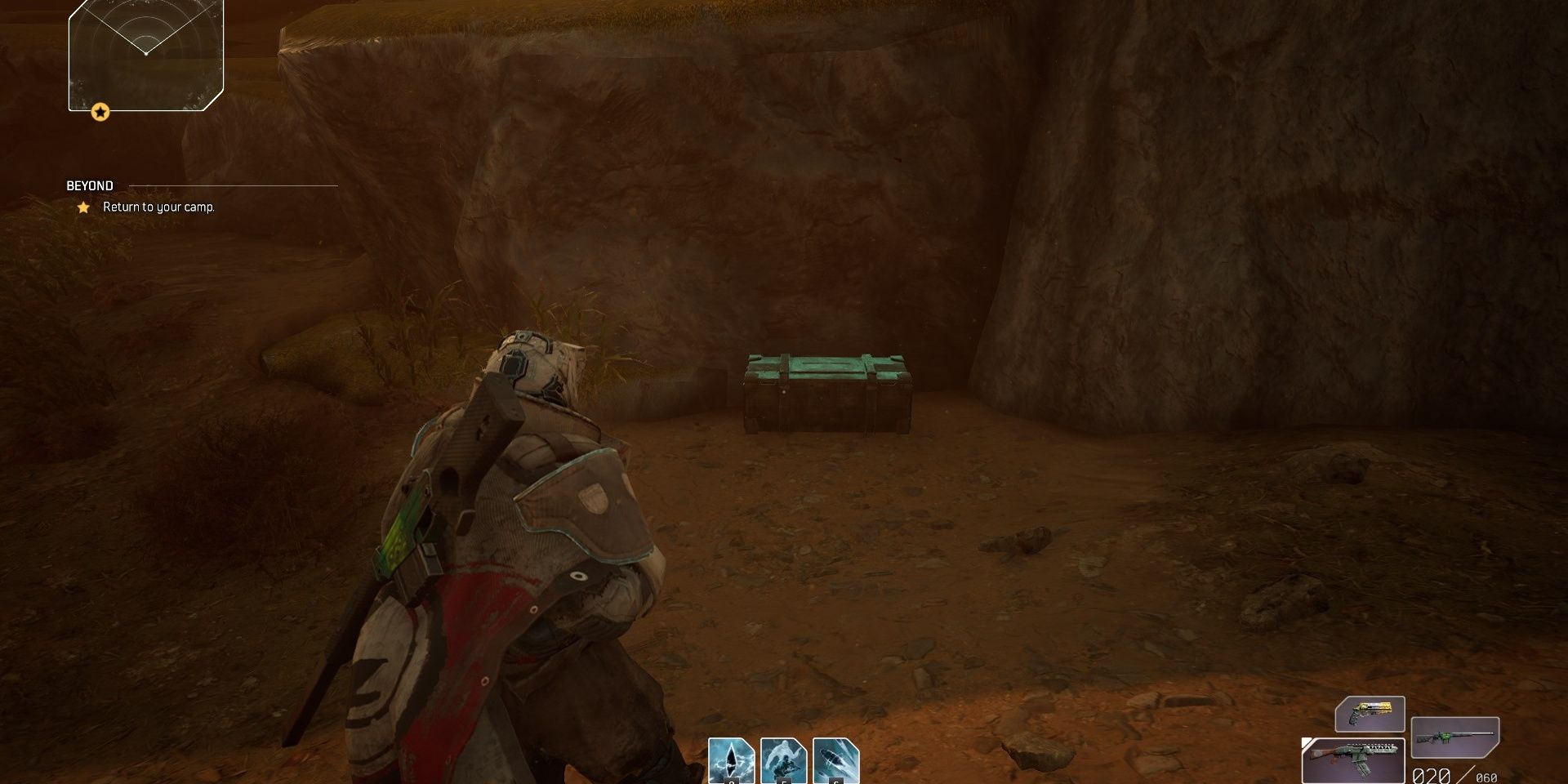 Before you leave, be sure to grab the chest beside the Warlord. It’s resting near a rock wall.