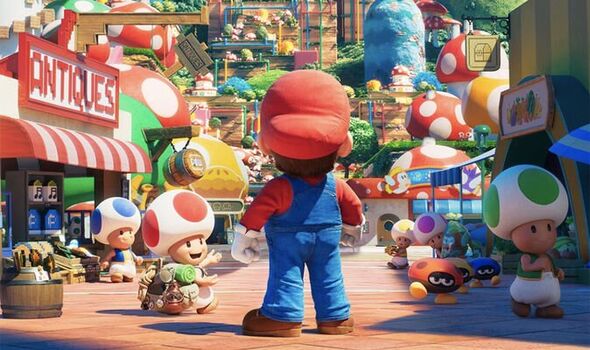 Move over Nintendo Switch, because Nintendo’s next Direct conference has nothing to do with video games. The October 2022 Nintendo Direct presentation will focus exclusively on the upcoming Super Mario Bros movie, which stars Chris Pratt as the titular hero. If you want to watch the action unfold live and in living colour, simply hit play on the YouTube video below at 9.05pm BST UK time on October 6.

The news was announced by Nintendo on Twitter, alongside confirmation that no games will be featured in the presentation.

This means you’ll have to wait a little longer to hear more about upcoming titles like Metroid Prime 4, Bayonetta 3, and Pokemon.

“Tune in at 21:05 (UK time) on 06/10 for a Nintendo Direct: The Super Mario Bros. Movie presentation introducing the world premiere trailer for the upcoming film (no game information will be featured).”

As part of the presentation, Nintendo is expected to reveal the film’s official name and worldwide release date.

The unnamed Super Mario Bros. movie currently has an April 7, 2023 launch date in the US, but no official date for the rest of the world.

Fans are also clamouring to hear Chris Pratt as the voice of Mario, not to mention It’s Always Sunny star Charlie Day as Luigi.

It will be interesting to see if the Mario movie trailer gets a better reaction than the original Sonic the Hedgehog film trailer, which was initially panned.

The Sonic the Hedgehog trailer received such negative feedback that the movie producers ended up completely redesigning the look of Sonic.

It paid off, because the Sonic the Hedgehog movie did big money at the box office, and was generally well received by fans and critics.