The fans who are unhappy with Nemesis’ updated design in the Resident Evil 3 demo are now in luck, as a mod exists that replaces his character model with the one that was used in Marvel vs. Capcom: Infinite.

Nemesis is one of the most iconic monsters in the Resident Evil series and it has made several crossover appearances in other Capcom games. Nemesis originally appeared in Resident Evil 3: Nemesis, where it pursued Jill Valentine through Raccoon City. The remake of Resident Evil 3 is coming out soon and fans have expressed their displeasure with Nemesis’ subtle design changes, as it now has a nose and the staples on its head have been moved. Small “Caution” stickers have also been added to Nemesis’ body. 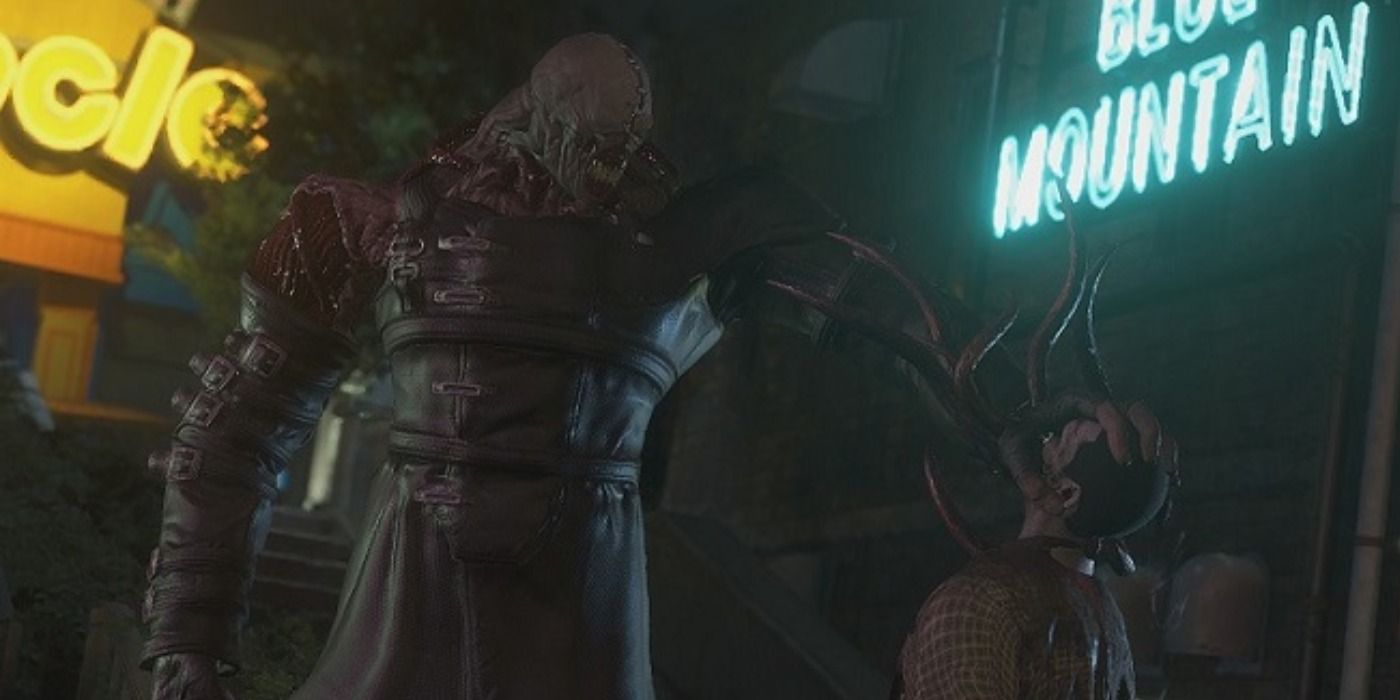 Nemesis only appears briefly in the Resident Evil 3 demo, as it’s used as a final opponent when Jill makes a mad dash to put out the fire that is blocking her way. The player likely won’t be able to fight Nemesis for long, as it takes a lot of firepower just to stall it and ammunition is extremely limited in the demo.

Resident Evil 2 became a favorite game for modders, who replaced Mr. X with characters like the Goose from Untitled Goose Game and Thomas the Tank Engine. It’s likely that Resident Evil 3 will attract the same kind of attention, especially as Nemesis is far more well-known than Mr. X. It won’t be long until we see Nemesis replaced with all kinds of memes and monstrosities for Jill Valentine to run away from, with his Marvel vs. Capcom design being the most normal among them.