Mario Strikers has always felt like the cool kid of the plumber’s sporting spin-offs. Faster and less mainstream than Golf, edgier than Tennis or the Olympics, and far more confident in its swagger than Sluggers or Hoops. In Mario Strikers: Battle League, that pace, edge, and swagger is back, but it comes with very little else.

And by ‘very little’, I mean ‘nothing’. Actually playing a match is fun – though not without its problems, as we’ll get into – but the rest of the offerings are as thin as Pep’s hairline. You can play an exhibition match against the CPU or another player, or can do a tournament against the CPU. These tournaments are just three exhibition matches against teams who either specialise in Speed, Shooting, or one of the other six stats.

These tournaments are very lifeless, with nothing to distinguish them from exhibition matches barring a small trophy animation at the end. There are also online options, which are a standard exhibition against friends or random opponents (I tried three times during the review period and could not find a match), and Strikers League, the only interesting thing included at all. However, much like Chelsea playing Christian Pulisic at wingback, it’s interesting but terribly executed. 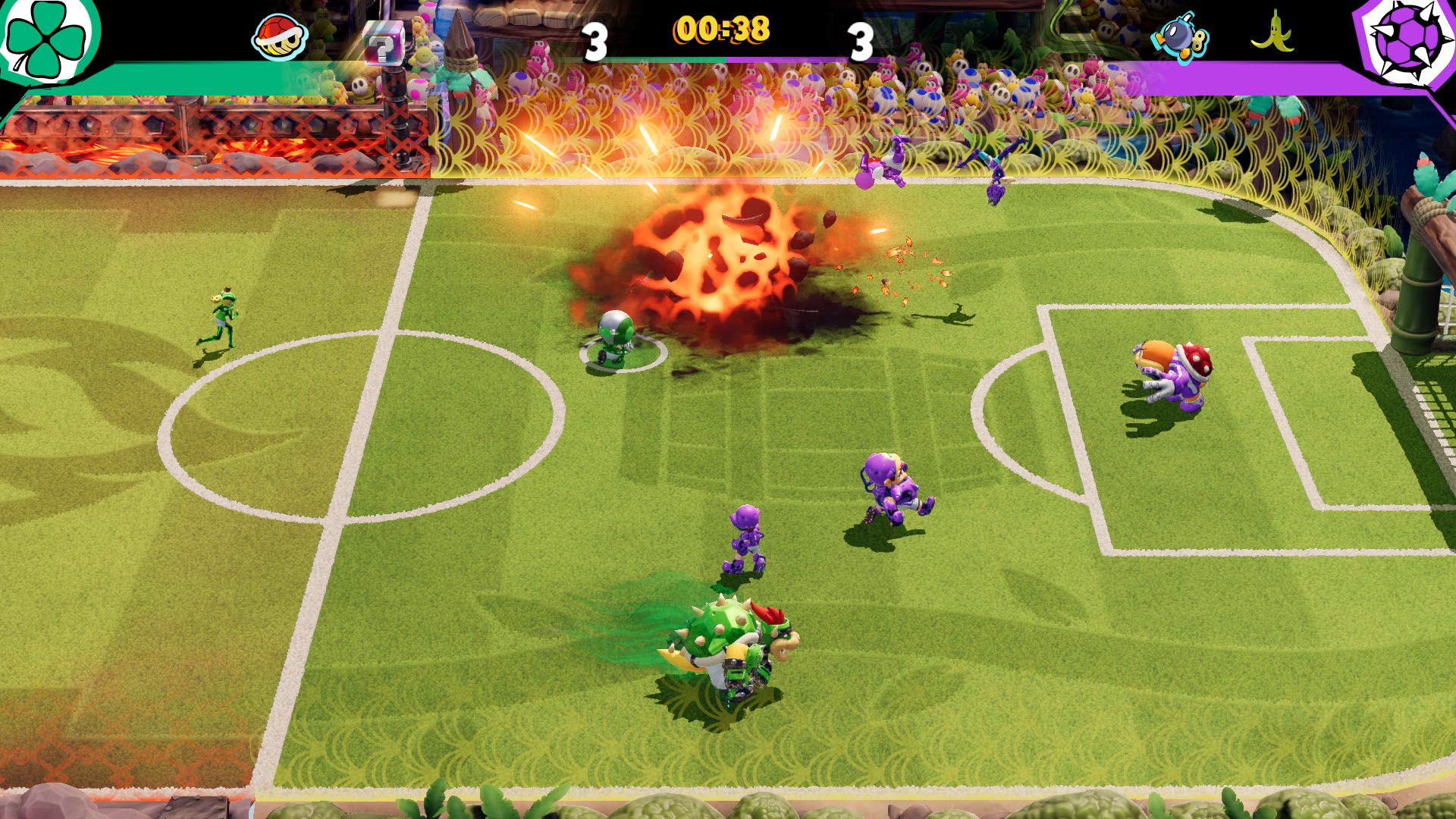 Strikers League is basically Be A Pro from FIFA, which would be neat if you could play a drop-in match, but unfortunately it seems you have to form or join a club and then play with fixed teammates, which means many people won’t get to experience it fully, or even at all. I criticised Nintendo Switch Sports for lacking content, and while my enjoyment was eventually saved by the online component, I’m not sure Mario Strikers’ will be.

This lack of content has been foretold for a while, of course. Only ten characters is six fewer than Golf, and there’s not one outside the box pick there. Just two women feels like an oversight, but given Peach’s ultimate ability is to turn the other team into simps who score own goals in some top tier ‘she’s not gonna shag you mate’ thirst, maybe it’s for the best that Daisy and the rest are kept on the bench. 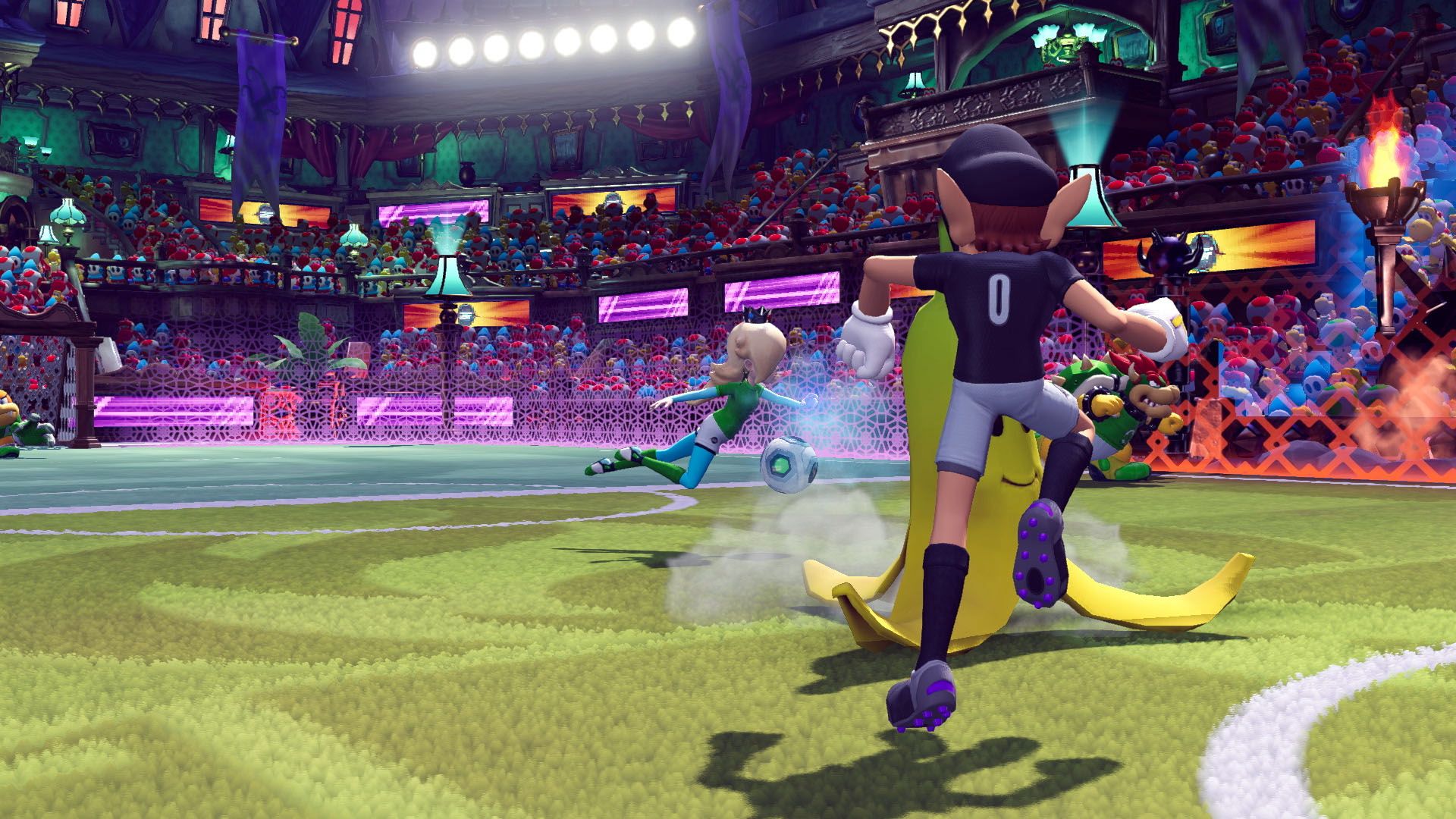 As for the upgrade system, it does cause a noticeable change to each character, but since each piece adds two points to one skill and subtracts two from another, it’s not really upgrading so much as it is changing them to suit your play style. After the tutorial, I could fully upgrade Rosalina, and by the end of a single tournament I had maxed out Peach and Wario. I ended up changing my team more than I wanted to just so it felt like my abundance of coins weren’t sitting there going to waste. You can’t even go for form over fashion because they’re all so ugly.

Also, as a miscellaneous grumble I hope you’ll forgive me wedging in here, there are constant kit clashes between blue and different blue, green and different green, and white and pink. Not a big deal, but very silly, especially when both teams can have, say, a Mario.

Let’s get on with the footy, eh? The game itself is great, which is why its complete disregard for anything beyond letting us have a kickabout is so disappointing. Getting yourself a team of fast players with powerful shots is a lot of fun as you break past defences and slam the ball home. Even more so when you’re an outer space princess and the defender is a mushroom man. 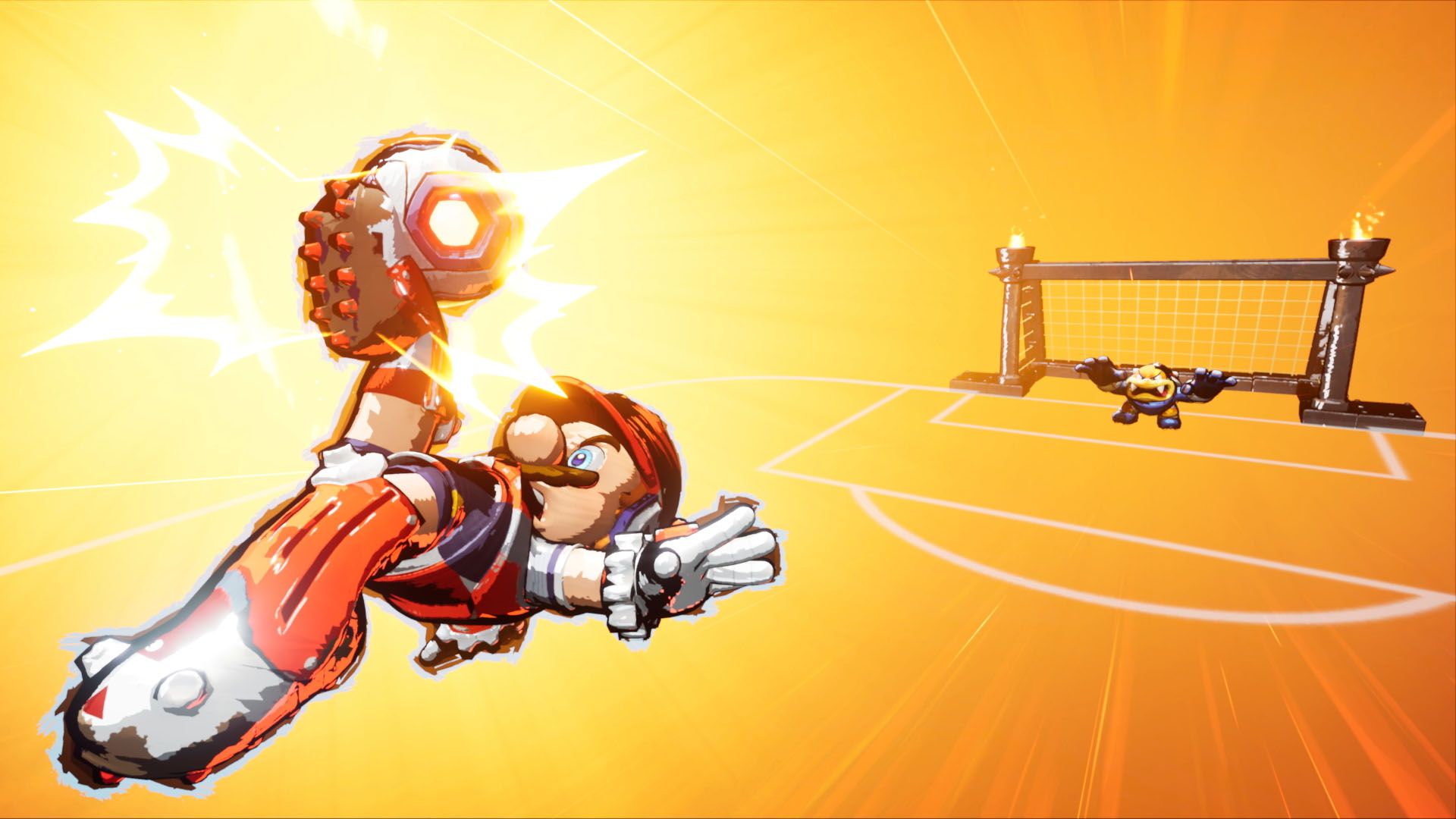 The animations for everything are superb too, whether you’re lofting in a hopeful diagonal, diving into a crunching tackle, or celebrating a goal. Each character has a celebration, a reaction for conceding, and an ultimate animation, and it’s a shame the personality on show here isn’t present across the game itself.

Some of the more complex mechanics, like kicking your teammate into an opponent, or playing a free pass into empty space won’t get much use. However, the items add a new layer of tactics, and the scrambles to poach a goal after the keeper (always Boom Boom, for reasons I don’t understand) spills it add a nice slice of hectic realism. 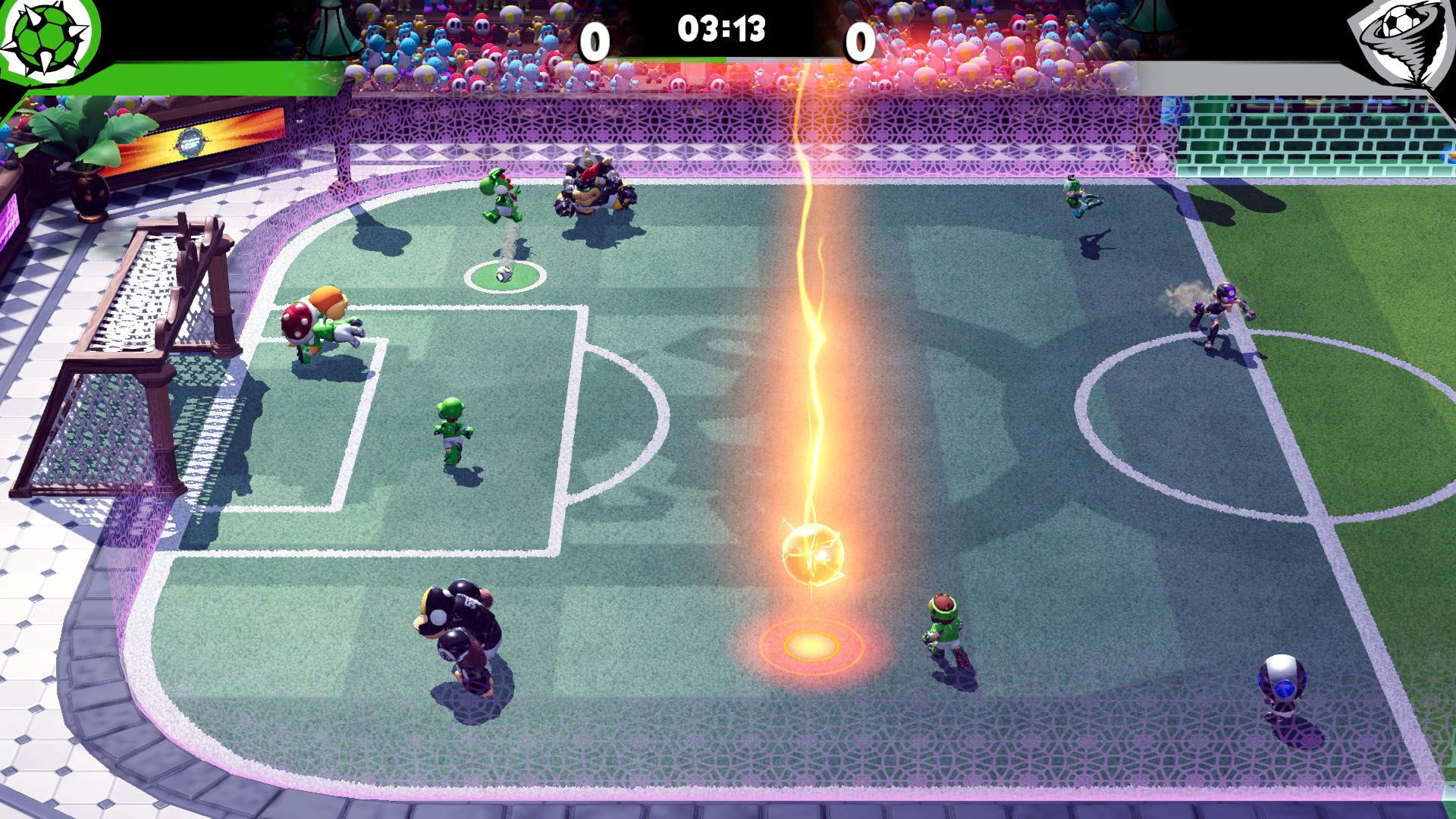 The football offers a good time, but it all feels like it’s over a bit quickly with no reason for you to stick with it. No seasons, no chance to make a club (beyond online Pro Clubs), no story mode, no mini-games, no challenges. Nothing. So close yet so far.

Ultimately, Mario Strikers: Battle League feels like Liverpool’s trophy cabinet this year. An FA Cup and a League Cup are nothing to sniff at, but it feels below par. With no cup final goals and two victories on penalties, they didn’t even underachieve with style. Battle League is very similar. It’s Mario Strikers again, and the football itself is pretty good, but the stuff of legends? Not even close.

A review code was provided by Nintendo for the purposes of this review.