Jurassic World Evolution 2 continues to expand with the release of the Dominion Malta, new DLC set before the events of Jurassic World Dominion, which focuses on how the world looks when dinosaurs roam the modern day earth and are traded on the black market.

A new campaign tasks you with setting up parks on three Mediterranean islands using both legal and, for the first time, shady means. While not linking as heavily to established events as previous expansions, Dominion Malta’s alternative approach ensures it feels fresh.

If you’ve ever wanted to go rogue in Jurassic World, then this is your chance. The focus has shifted away from rescue, rehabilitation, and study and onto procuring dinosaurs for entertainment. You can trade genome data, eggs, or live dinosaurs with the respected Authorities, or the shifty Underground. Whatever you need to do to keep those guests coming in to stay in your hotels and buy your merchandise. 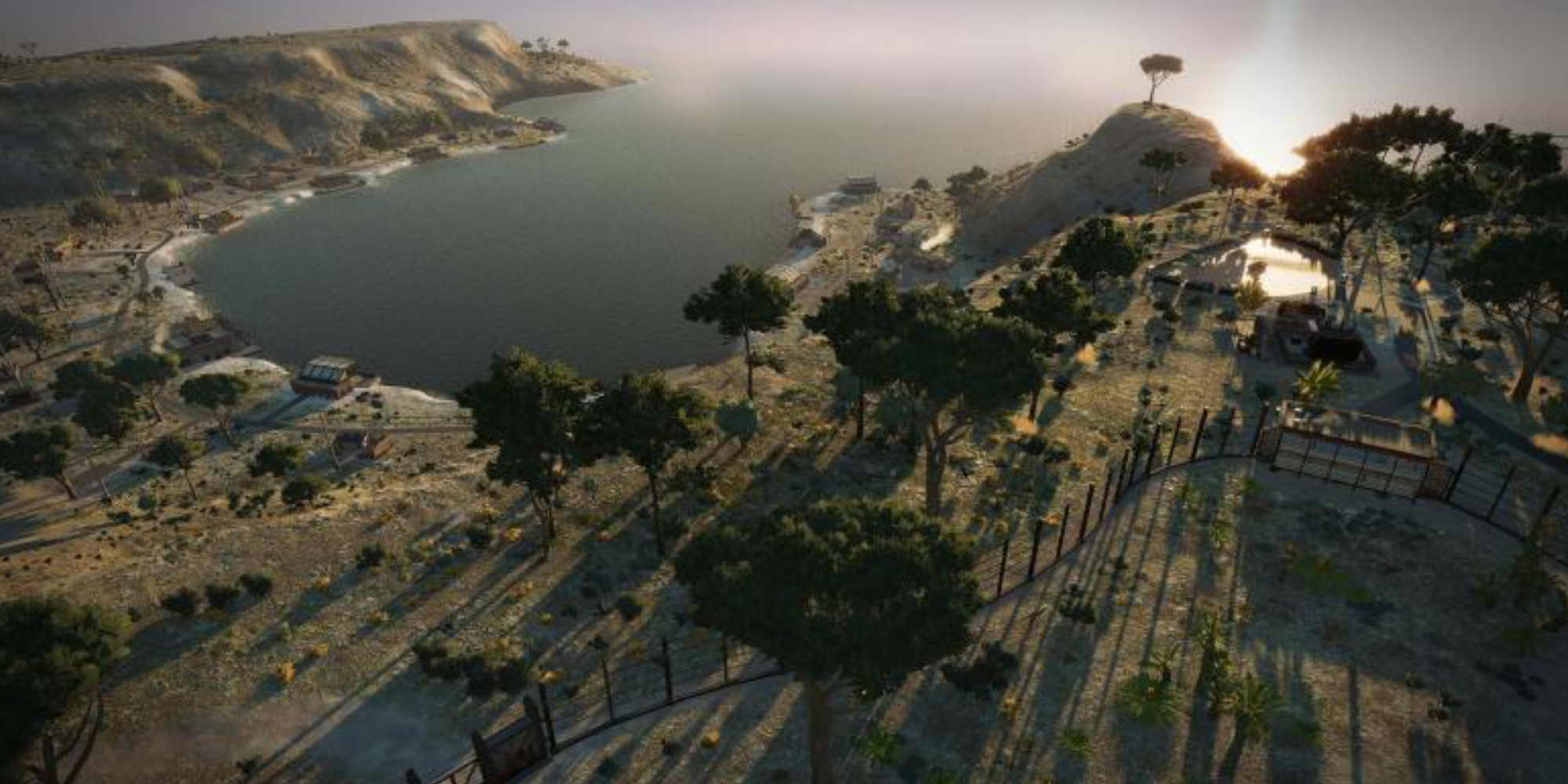 The campaign encourages you to play a balanced game, trading with both factions and expanding your mini park empire across all three islands. However, you can’t fail unless you bankrupt yourself, so if you want to go a little off piste, there is some flexibility here. A few key purchases from the right people can swing your reputation with either faction and help you hit the milestones to progress the campaign, whichever allegiance you choose.

Evolution 2 runs to its own timeline and is centered around an original story, but weaves movie events into aspects of its narrative, mostly through these Dominion titled expansions. The last expansion felt like a companion to Jurassic World Dominion, allowing you to participate in key narrative events, whereas this one feels like a prequel. Exploring the movie story alongside the theatrical release was enjoyable, but I did wonder what would happen next. Exploring that previously uncovered time period between movies is a nice way to drop back into the storyline and lets you explore a world where dinosaur theme parks can be used as cash-generating entertainment with only minor chances of being eaten alive. 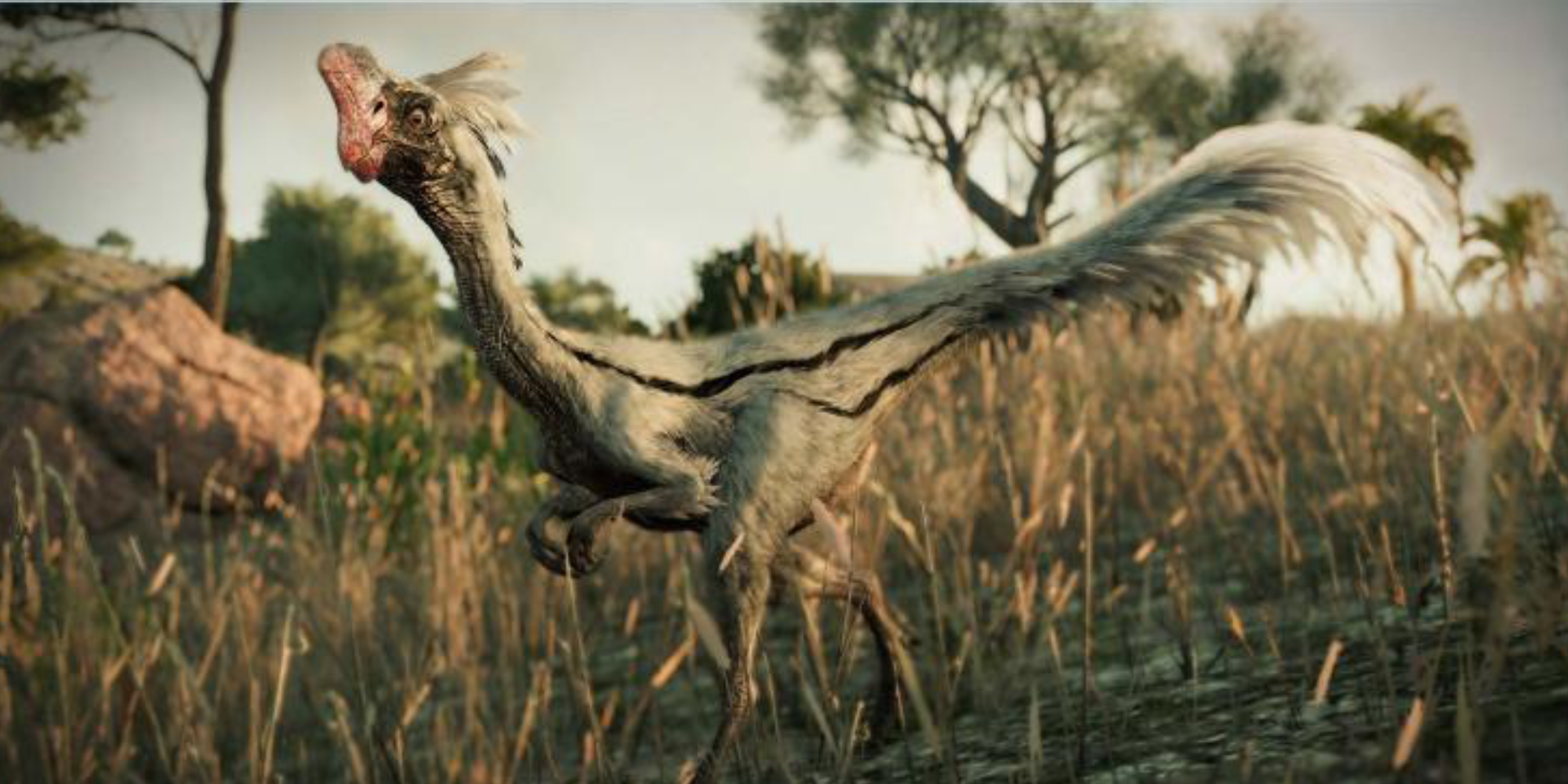 Each island you build on poses some challenges, mostly due to geographical restrictions, but you’ll also find that guests can be a pain in the ass as well. At one point, I built a nice steak restaurant, and guests complained because it was packed out and there was no room. So I did the smart thing and upgraded it. Then they promptly all boycotted the new building, and I lost a tonne of money. Fickle sods.

Despite guests doing guest things and moaning about the lack of formal wear for purchase, not enough bubble tea, and too many deaths, it’s great to get back to the root of the game. Don’t get me wrong, I love saving dinosaurs and being a wholesome dino rescuer, but sometimes I just want to be a capitalist queen and rinse those guests for everything they have. You can go back to researching cinemas, hotels, and restaurants, making money from traditional outlets, as well as creating rides that snake through the attractions. Just remember that open top jeeps and those new raptors don’t mix. Send a car through the wrong enclosure, and you’ll have a lawsuit on your hands. It’s just a matter of time.

The dinosaur marketplace adds a new aspect to dinosaur acquisition that I’d not really considered before, and means they can now be rescued, bred, bought, or sold. With genome data being excavated, mined, and now traded, the flexibility is huge. There’s also more challenge than in some of the other campaigns, as the campaign goals are less predictable and more varied. 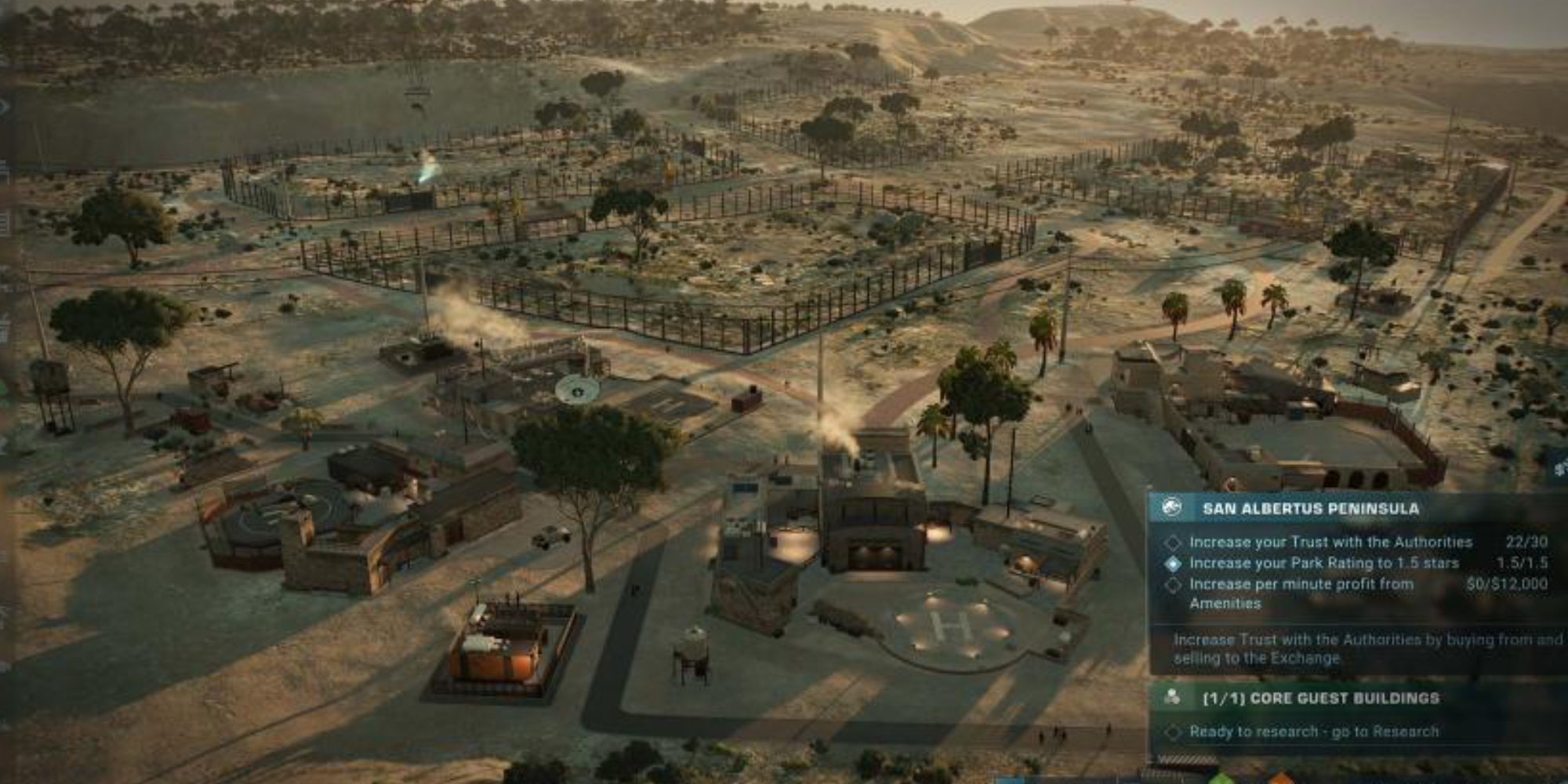 Outside the campaign, you can use the maps in sandbox mode, as well as the Malta-inspired new building designs. You’ll also have access to the Atrociraptor – which is somehow even more dangerous than the velociraptor – and the Lystrosaurus, which is some kind of weird walrus dinosaur. There’s also the small but fierce Oviraptor and the surprisingly small Tyrannosauroid, Moros Intrepidus. Committed genome meddlers can also find new skin variants for several existing species, although it can be a challenge to unlock all these, as you are beholden to the marketplace, which is more fickle than dig sites, though the extra layer of working for them is rewarding in itself. If you want the best you have to be the best, whatever it takes.

Overall the expansion offers a decent length campaign that is flexible enough for you to take your time with or rush through to unlock the areas for sandbox mode. It takes the game away from a focus on science and study, and back to the idea of dinosaurs as entertainment. There are a few recognisable faces, but the movie cameos aren’t as frequent here, as the game has very much grown beyond that. While I can always use more Jeff Goldblum in anything Jurassic related, the game holds its own easily without needing the pull of the movie links. Dominion Malta has more options for dinosaur procurement, extra locations to build on, more guests to exploit – I mean, keep happy – a handful of cool new dinosaurs, and the chance to be a shifty badass. I’m sold.