Games Workshop and Forge World have some exciting news for dice fans the world over, as they are set to launch new dice sets for The Horus Heresy.

Warhammer 40,000 is probably the world’s largest tabletop strategy wargame and has dominated the market since its introduction in the 1980s. Filled with the heavy metal teenage angst of the era, the universe has grown over the years and has a fully fleshed-out backstory which dates back millennia, much of which deals with the rise of The Emperor, the creation of the Angels of Death, and the fragile status quo currently enjoyed at the end of the 41st millennia.

Forge World manages the range of minis for The Horus Heresy spinoff game, and has created a range of resin kits that feature the early game classic styling and match the fictional tech-level of the 31st millennia.

It is the addition of 18 sets of dice, one for each of the legions that fought in The Horus Heresy, that we are excited about today. Each set of 19 is themed to the legion they represent with the six replaced with iconography from the legion. The set also includes a scatter die. The dice look amazing and with their opaque pearlescent body and legion logo, they would look equally at home on the WH40K battlefield. 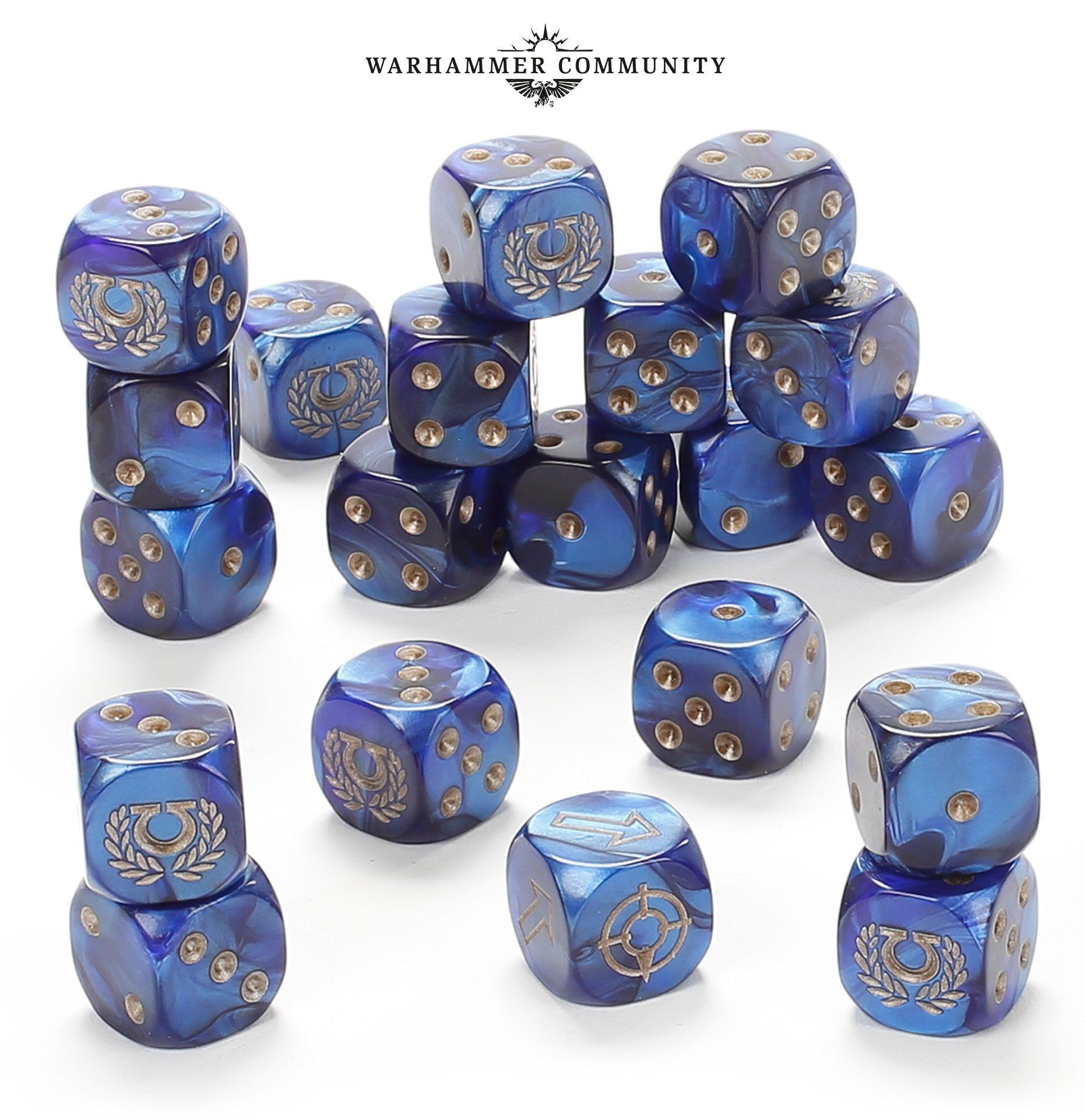 Those familiar with the WH40K universe will know the events of The Horus Heresy well, having read much in White Dwarf and the Black Library Novels about The Emperors’ chosen son Horus and the ensuing betrayal as the wards of Chaos infiltrated the ranks. This led to a war that ultimately saw The Emperor victorious, but at a heavy cost. Mortally wounded, The Emperor was placed in an eternal slumber, able to rule the universe through his psychic instructions.

This period of time is where Forge World has set the tabletop game The Horus Heresy, which sees the Space Marines and forces of the Imperium facing off against their own kin that has been corrupted by Chaos. The events take place about 10,000 years before the main setting, resulting in the game affectionately being dubbed Warhammer 30,000. The Horus Heresy: Age of Darkness Rulebook is required to play the game, with novel matching campaign books also available allowing you to relive the epic battles.