Gears Tactics Launches In April, Will Have 40+ Hour Campaign

The 2019 Game Awards showcased several exciting upcoming games, and among them was Gears Tactics, along with a release date for April 29, 2020. The announcement was welcome news to fans of the game following its initial reveal at E3 in 2018 because there was no mention of any progress in its development at E3 this past June, leading fans to wonder if the project had been scrapped or delayed.

Gears Tactics will take place a full twelve years before the first Gears of War game at the beginning of the Locust War. Unlike the other games in the series, Gears Tactics will be a turn-based strategy title that so far looks like the X-COM series of games. The trailer boasts that there will be a 40+ hour campaign, character customization, and will be a great space to develop the narrative world in which Gears of War takes place, as well as provide useful worldbuilding to flesh out the events we see in the newest games. 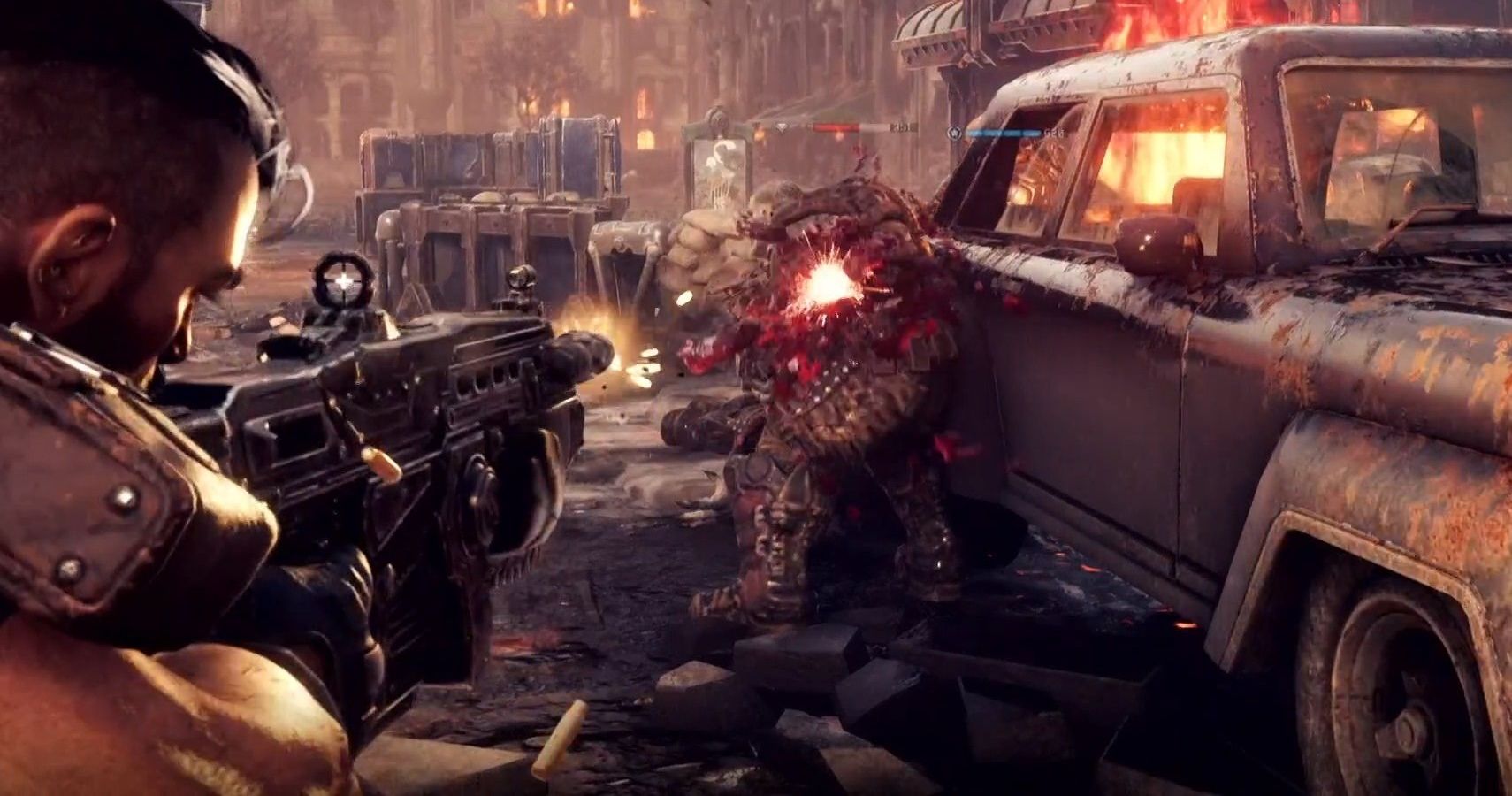 Base Building is a mechanic that has not been revealed in the Gears Tactics trailer, but it would be a welcome addition to the game. Determining how to build and expand a base in games like X-COM provided a depth of challenge and replayability that remains relevant even today because players must deal with resource management, engineering new and useful items to help in combat, and house units in the barracks. There is far more to the base building mechanic in X-COM, and it is one of the best secondary mechanics outside of combat in the game.

If Gears Tactics wants to ensure it remains on the minds of players years down the road, base management is an essential mechanic to include. If instead the game features a static campaign with no changes between one play through and the next, it might only serve as an enjoyable game to be played once but never revisit.

This is all speculation for now, and we can only wait to see what new details emerge in the coming months. Since Gears Tactics is set to launch early in 2020, we should be seeing concrete details emerge shortly.