Players appear to have encountered a game breaking bug which prevents them from completing Star Wars: Knights of the Old Republic 2 on the Nintendo Switch. The developer behind this port of the classic title, Aspyr, has openly acknowledged the problem. The game was released on June 8, 2022.

“With the Jedi Order in ruin, the Republic’s only hope is a lone Jedi in exile struggling to reconnect with the Force,” the official product description reads. “Lead a diverse crew of unique allies, make difficult choices with far reaching consequences, and decide your destiny. Will you follow the light side and save the Galaxy or succumb to the dark side and bring it all down?” Players will apparently have to wait an indeterminate amount of time to find out.

The news comes from a player by the name of Daniel Moore who claims to have discovered the problem shortly after Star Wars: Knights of the Old Republic 2 came out. “Are you guys aware there is no way to complete this game? I've been stuck on the Onderon Basilisk Crash for a week now,” Moore recently asked the developer on Twitter. “What's the ETA on a patch?” The answer to this question was pretty unsatisfying for the community which has been building up around the game.

“This is a known issue that will be addressed in the next patch,” Aspyr pointed out. “While we cannot provide an ETA at this time, we will definitely let you know when the patch is live.” The support page only notes that “we've received player reports of a game crash occurring after the Basilisk Crash cutscene when landing on Onderon.” The website was last updated about a week ago. 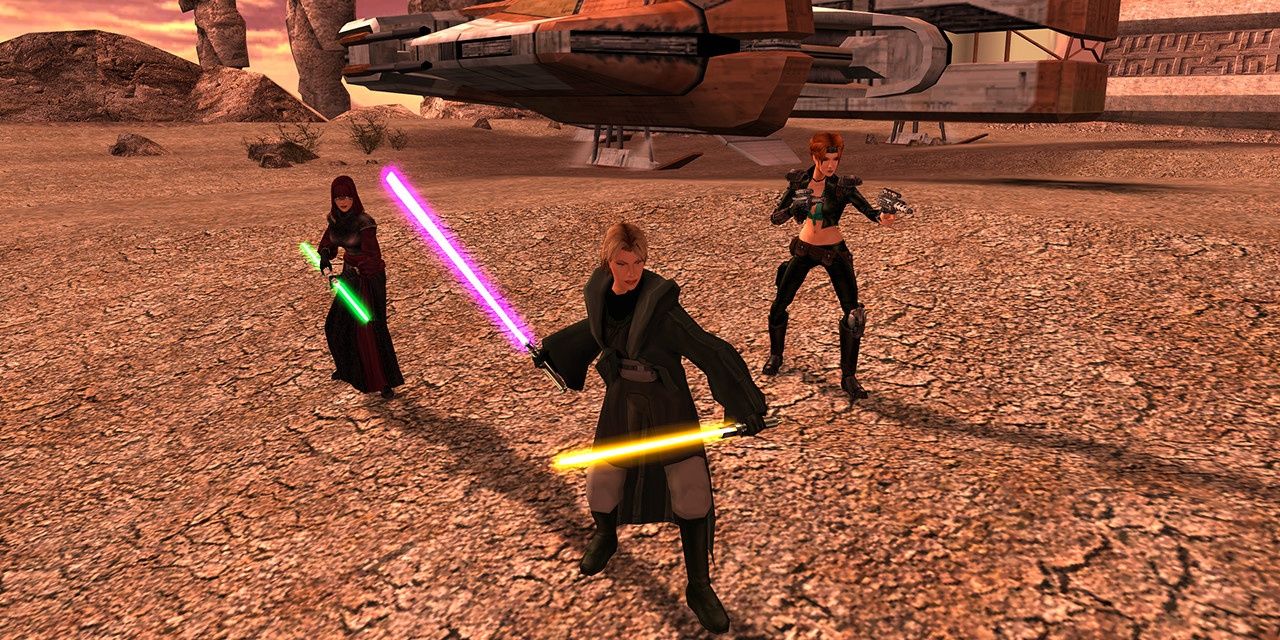 “Yeah, I was one of the users who reported it before it was a known issue,” Moore replied. “Just to be clear, you're aware that there is no way to complete this game currently?” Aspyr clarified that “yes, we are aware and our development team is working on delivering the patch as soon as possible. We apologize for the inconvenience and appreciate your patience in the meantime.”

The community has taken badly to the news. While a few have seen some humor in the situation, most have just been upset, leaving sarcastic or angry replies on Twitter. “I don't want to be mean, but did noone on your team actually play the game before releasing the port,” one player wondered. “Like, a start to finish run just to make sure nothing like this was here?”