Fortnite For Android Has Been Pulled From The Google Play Store

Following today’s earlier chaotic news of two titans blasting back and forth at each other with Epic Games’ Fortnite on the Apple App Store, the popular game has also been removed from the Android Google Play Store. Check out everything going on with that situation right here.

In a statement to The Verge, Google addresses the removal of Fortnite from the Google Play Store:

The open Android ecosystem lets developers distribute apps through multiple app stores. For game developers who choose to use the Play Store, we have consistent policies that are fair to developers and keep the store safe for users. While Fortnite remains available on Android, we can no longer make it available on Play because it violates our policies. However, we welcome the opportunity to continue our discussions with Epic and bring Fortnite back to Google Play.

The clash between Apple and Epic earlier in the day led to the filing of legal papers and has big implications across multiple industries, depending on how things shake out.

Where this wild web spins over the next few days, weeks, and months is anyone’s guess, but there’s not likely to be a dull moment in this brawl. One thing is certain, things are going to get pretty fierce.

PSA: Crusader Kings 3 Players Need To Tone It Way Down (And Then Some) 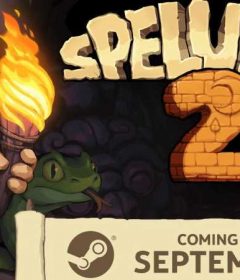 mediabest 27/09/2020
Recent Posts
We use cookies to ensure that we give you the best experience on our website. If you continue to use this site we will assume that you are happy with it.Ok