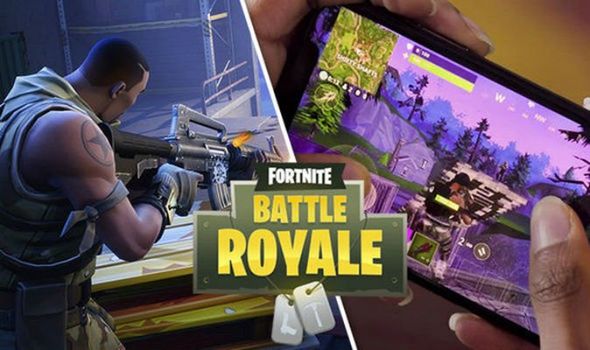 Fortnite gamers are being warned not to download any new Fortnite Mobile apps appearing on the Google PlayStore. According to the latest news on the subject, Epic Games is planning to resubmit Fortnite Mobile to the platform in December. This has led to some confusion over the possibility that Fortnite may have already re-appeared as a downloadable option.

However, fans are now being warned that Fortnite on Android is still not available on the Google Play Store and it’s unclear if this will change in the future. This reportedly stems from a disagreement between Epic Games and Google over the 30% in-app purchase fees all developers have to agree to. According to 9to5Google, Epic Games started the ball running earlier this month on the matter of bringing the game back to Google Play.

They old 9to5Google: “Epic doesn’t seek a special exception for ourselves; rather we expect to see a general change to smartphone industry practices in this regard. We have asked that Google not enforce its publicly stated expectation that products distributed through Google Play use Google’s payment service for in-app purchase.

“We believe this form of tying of a mandatory payment service with a 30% fee is illegal in the case of a distribution platform with over 50% market share.

“We note that Google Play’s Developer Distribution Agreement (https://play.google.com/about/developer-distribution-agreement.html) does not require developers use Google payments. It merely references a number of non-contractual documents asking developers to do so.

“Further, Epic operates a major PC storefront and payment service and we do not force developers using our store to use our payment ecosystem.”

Since the original story was posted a new statement has been released by Google covering the matter of its Android Apps policy.

“Google Play has a business model and billing policy that allow us to invest in our platform and tools to help developers build successful businesses while keeping users safe.

“We welcome any developer that recognizes the value of Google Play and expect them to participate under the same terms as other developers.”

So it doesn’t sound like Fortnite Mobile will be reappearing on the Google Glay Store in the near future, unless a compromise can be found.

And that means gamers must avoid any apps that suggest they are the real deal.

Since removing Fortnite Mobile from Google Play, Epic Games has made it possible to download the game through its own installer app.

This can be found on the official Epic Games site and fans have been warned to avoid any mirrors or unofficial sources.

Fortnite continues to receive new and important updates, with more being planned in 2020.

The game is currently on holiday as the Epic Games dev team takes a break, meaning the current season has been extended past December.

But we do know that a big event is being planned for this weekend which may interest Star Wars fans.

This event is happening in-game and will be just the last big event for Fortnite fans to enjoy.

A message from Epic Games adds: “Grab some popcorn and watch the exclusive scene in-game ahead of the movie’s release, only in Fortnite! Remember to drop in early at 1:30 PM ET when the doors open.”