Back when Final Fantasy 7 Remake launched in 2020, eagle-eyed fans were able to spot a picture within the Shinra building that seemed to show a grown-up Shinra from Final Fantasy X-2, hinting that the two games were connected in some way. It seems that it was nothing more than a troll from Square Enix, however.

To mark the 25th anniversary of Final Fantasy 7, Square Enix has been doing weekly rundowns of each chapter of Final Fantasy 7 Remake, giving us insight into how characters were designed, some interesting plot details, and discussion on the game's various easter eggs. The team is currently up to the game's 16th chapter, The Belly of the Beast, which takes place in the Shinra building.

This led to the development team being asked about the picture that seems to show a grown-up version of Final Fantasy X-2's Shinra that can be found within the building. Sadly, it seems like it was nothing more than an easter egg from Square Enix, as co-director of scenario design Motomu Toriyama dismissed it as cosplay from an employee. 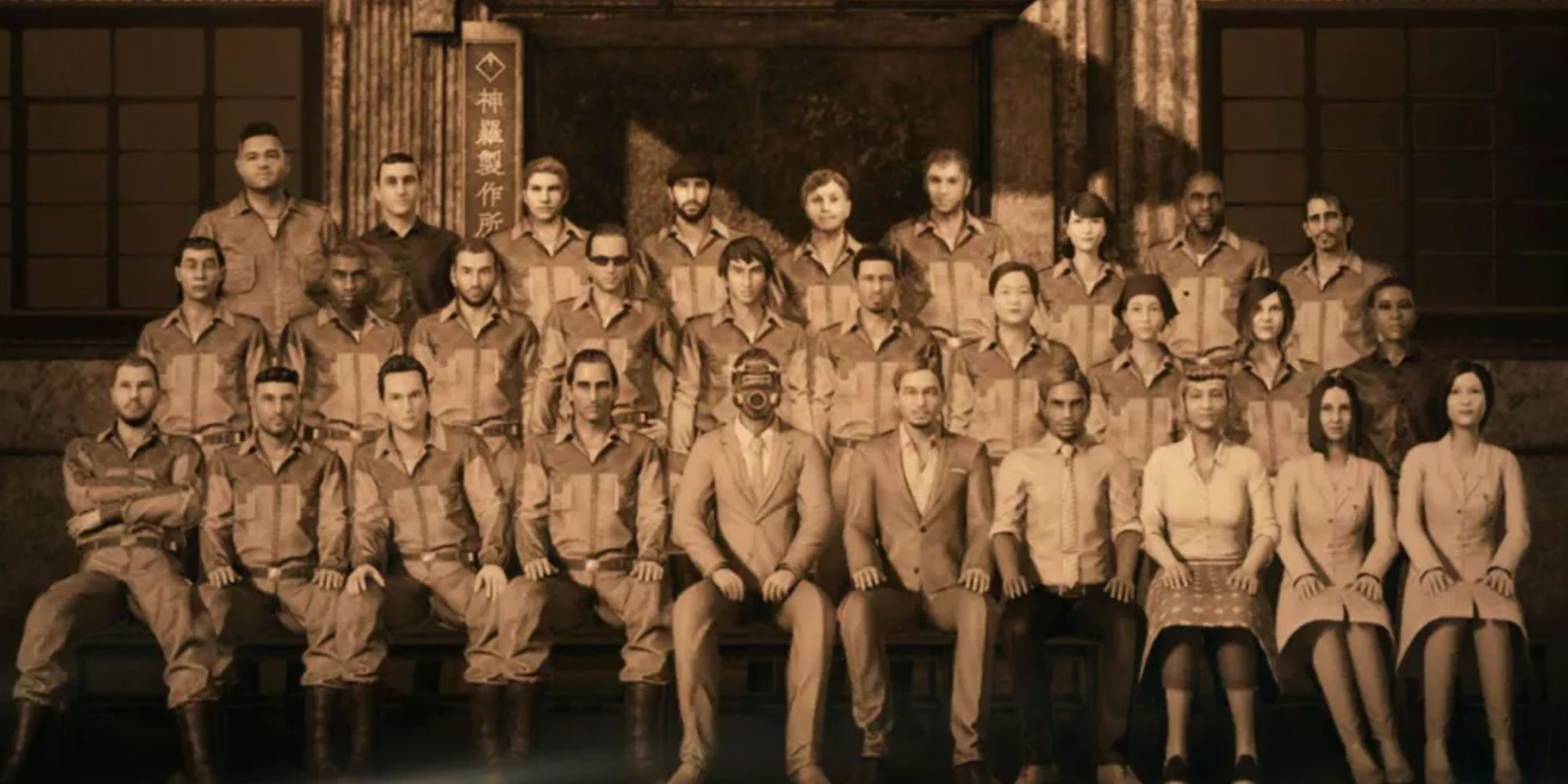 Toriyama said, "We did this so players can enjoy the speculation, but it could just be a commemorative photo of one of the company employees cosplaying as him". Although Toriyama does say it "could" be a commemorative photo and therefore could actually be Shinra, it seems more likely that it really is just an easter egg and not some grand bit of lore. Ah well.

For a happier bit of fan-service, Toryiama also discussed the opening scene of the chapter, which features Cloud staring up at the Shinra building just as he does on both the remake and the original's cover. On the scene, Toriyama said, "The scene where Cloud looks up at the Shinra Building is fondly remembered by many players as the promotional image for the original game and still comes up with a lot of hits from image searches. It was quite difficult to reproduce and fit this scene into the structure of Remake, but we were adamant that we wanted to include it as fan service."