There’s a new mobile Evangelion game out in Japan that brings toys-to-live to the franchise.

Evangelion is one of those rare franchises with incredible staying power. It’s been decades since the original manga released and almost as long since the anime was localized for North American audiences, but despite this, Evangelion is still around. We have Netflix to thank for providing this classic anime with a renaissance, and it looks like franchise creator Keiichi Yano is cashing in with a brand new mobile game with a twist.

The twist is that it’s a toys-to-life game for your phone–a very rare genre indeed. 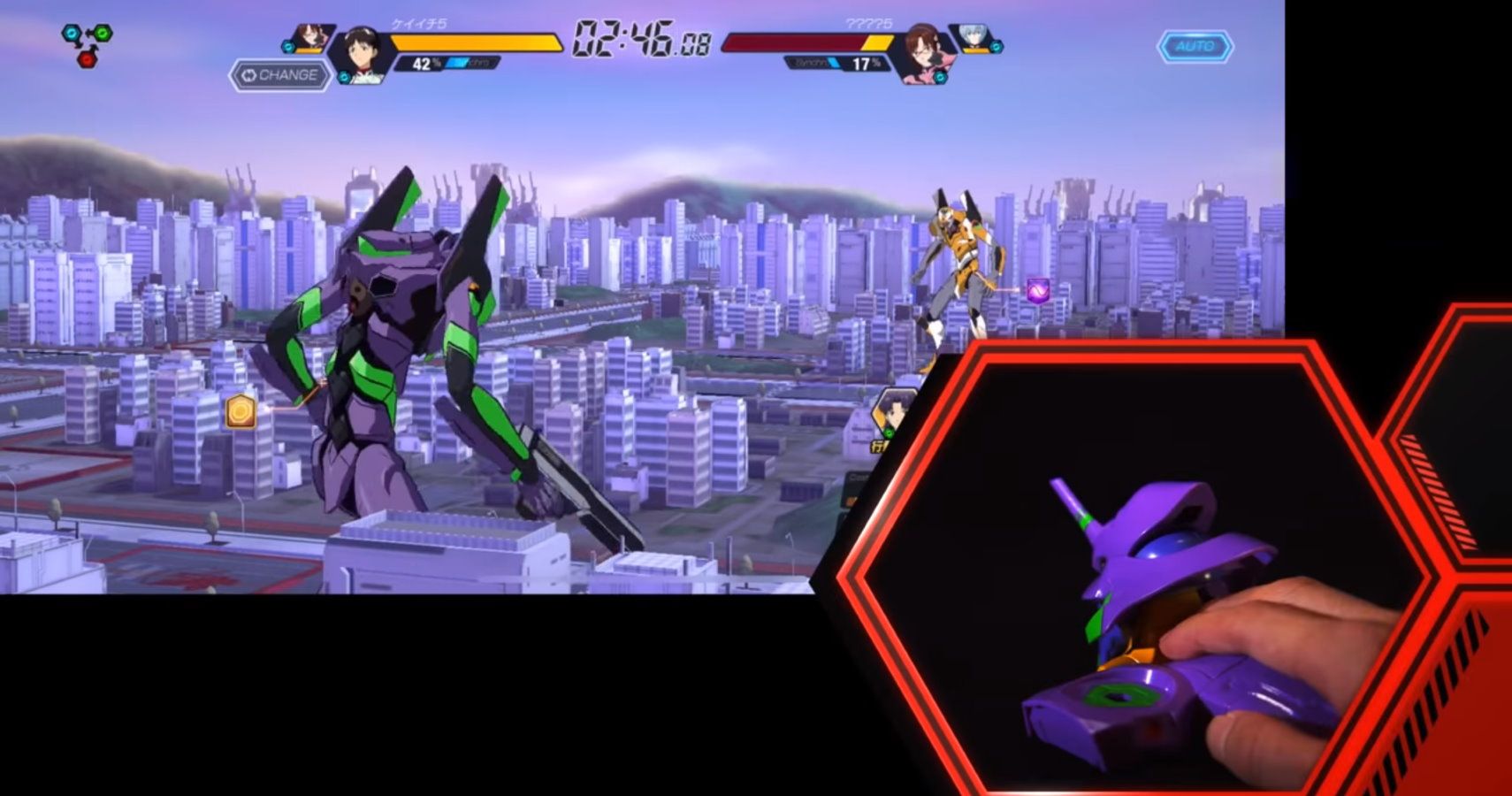 Called Evangelion Battlefield, the game describes itself as a “cinematic 3D battle game.” Since the game is only out in Japan, everything is in Japanese and we’re relying on Google Translate for assistance. But from what we can tell, it’s a 1v1 online battler where you control your Eva units using a mouse-like controller called “ReadCon” that connects to your phone via Bluetooth. Pilots are inserted into a slot next to your index finger and presumably provide you with some sort of character-specific abilities, although just what those remain unclear.

Pilots comes from throughout the Evangelion series, including Shinki Ikari and Rei Ayanami in both school uniform and pilot suits, Asuka Langley Sohryo, Misato Katsuragi, Ritsuko Akagi, Maya Ibuki, Toji Suzuhara, Hikari Horaki, Mari Illustrious Makinami (who was only added to the universe in the recent film reboot Evangelion: 2.0 You Can (Not) Advance) and Kensuke Aida.

So far, it’s just Eva Units 00 and 01 that are available. There’s no word if additional Evas will make it to the game. Both Evas battle using weapons like SMGs, pistols, shotguns, and vibro knives.

As beloved as the Evangelion franchise is, it’s a little weird for a new toys-to-life game to arrive over 11 years since the last Evangelion video game on the PS2. This might have something to do with the fourth and final installment of the Rebuild of Evangelion films, Evangelion: 3.0+1.0, due out in Japan this summer.

There’s no word on whether or not Evangelion Battlefield will arrive in the west, but judging how poorly the last toys-to-life game did, we highly doubt it.