There are plenty of PlayStation references and nods made by fans in Dreams. It only seems natural, as this is a PS4 exclusive. However, the larger fanbase also crosses over into Nintendo territory. That is to say, it is hard to resist, given the vast amount of tools at one’s disposal, to not make games based on The Legend of Zelda, Animal Crossing, Super Mario Kart, and so on.

Searching through Nintendo’s biggest franchises will uncover a plethora of projects already underway, even though the game has technically only been out in full form for just a few weeks. Given that knowledge, these ten projects could become something greater real soon. To check them out, the project title and the authors are also listed below. 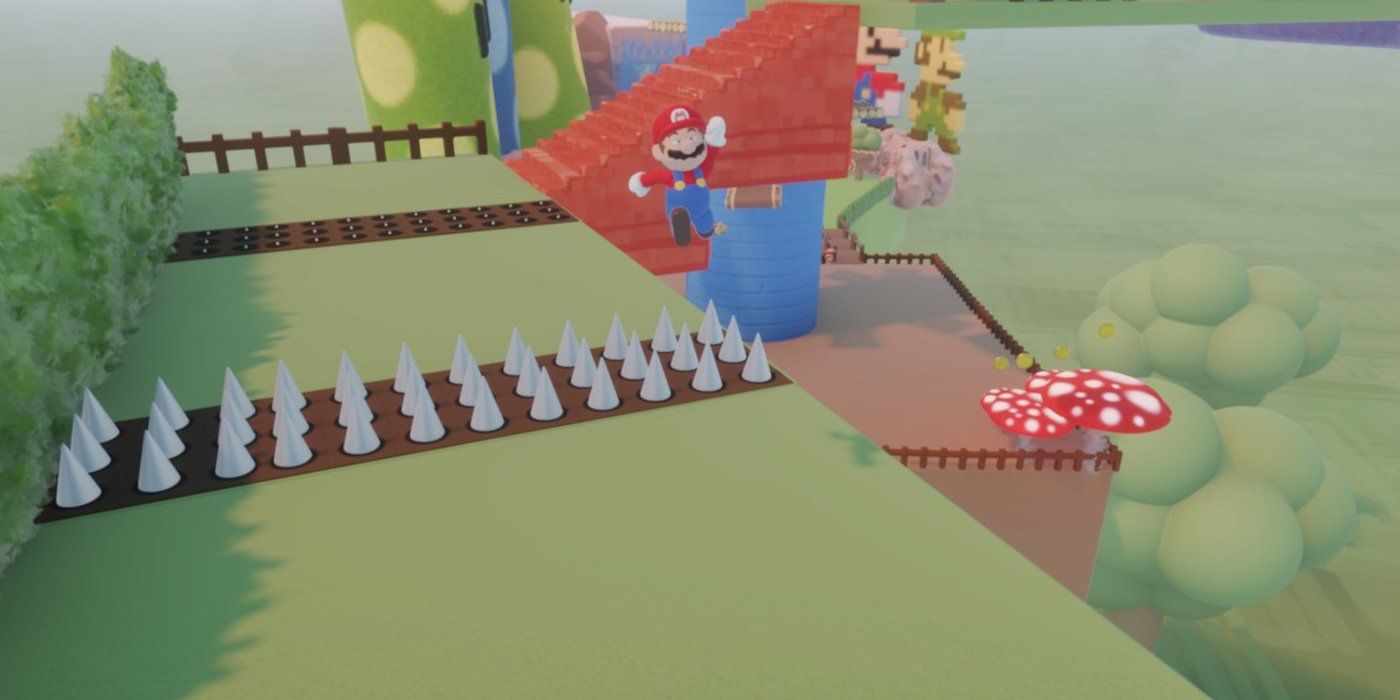 This homage to Mario, “Super Mario Lost World,” was created by kane669. Whenever a game focusing on user-created content comes out, one of the first properties fans go after is Mario. The same is true for Dreams and searching for the mustachioed plumber will result in dozens of games.

There were too many to choose from including remakes of Super Mario 64, Super Mario Sunshine, the original Super Mario Bros. and the list goes on. Super Mario Lost World was chosen as a good proof concept for original content currently in the works. 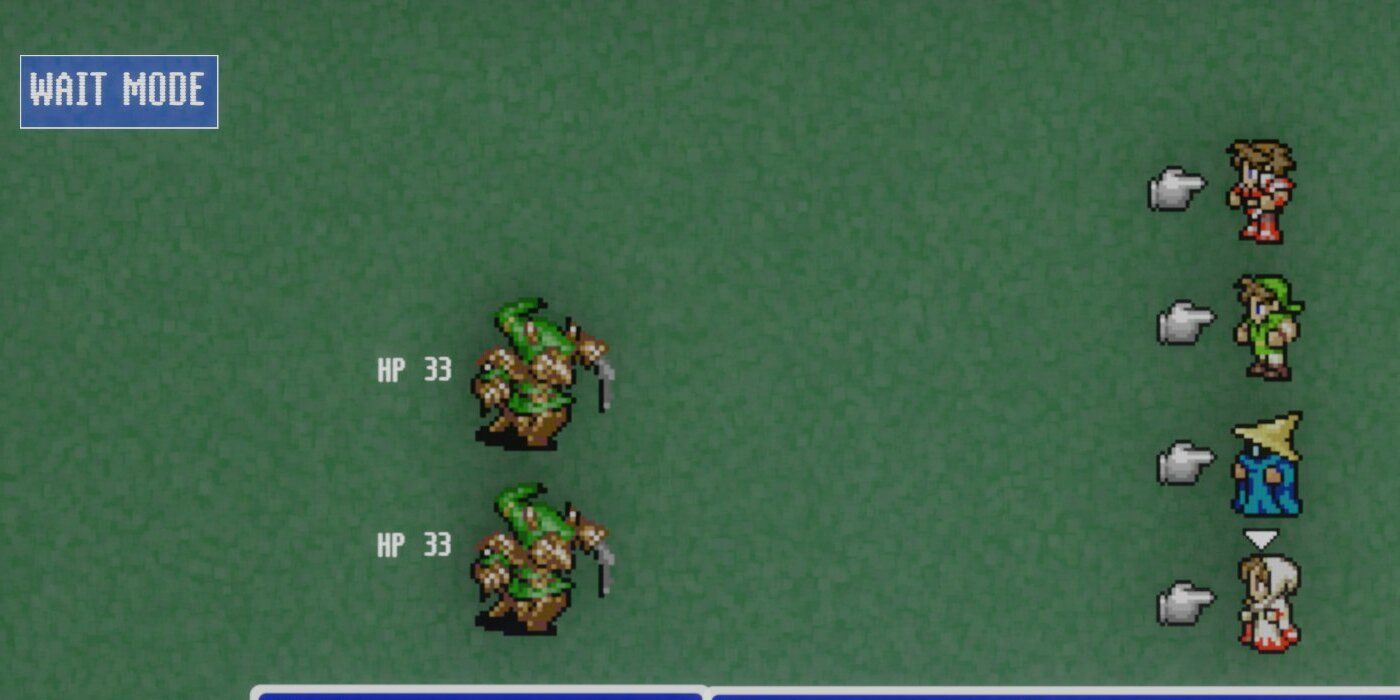 This homage to Final Fantasy, simply titled “Final Fantasy,” was created by NEKU_777. While not as impressive as other attempts at creating modern games in the series such as Final Fantasy VII Remake, the technical side of this demo is impressive.

It’s only a Warrior, Thief, White Mage, and Black Mage fighting some Goblins. Every character has a battle gauge as well as several options for moves. For a Dreams game, though, this has major potential for future content.

This homage to the Pokémon games, “Pokémon Retro,” was created by H3NRIK-76. It appears to be an attempt at remaking Pokémon Red/Blue. Like Final Fantasy, this is just a proof of concept. Players are automatically given Bulbasaur as a companion. They can travel north on Route 1 from what seems to be Pallet Town and encounter a Caterpie.

While the options for the battle menu are present, the only thing that works is the Run option. Route 1 is also pretty short, so, again, this is just a beta for what hopefully becomes something larger. 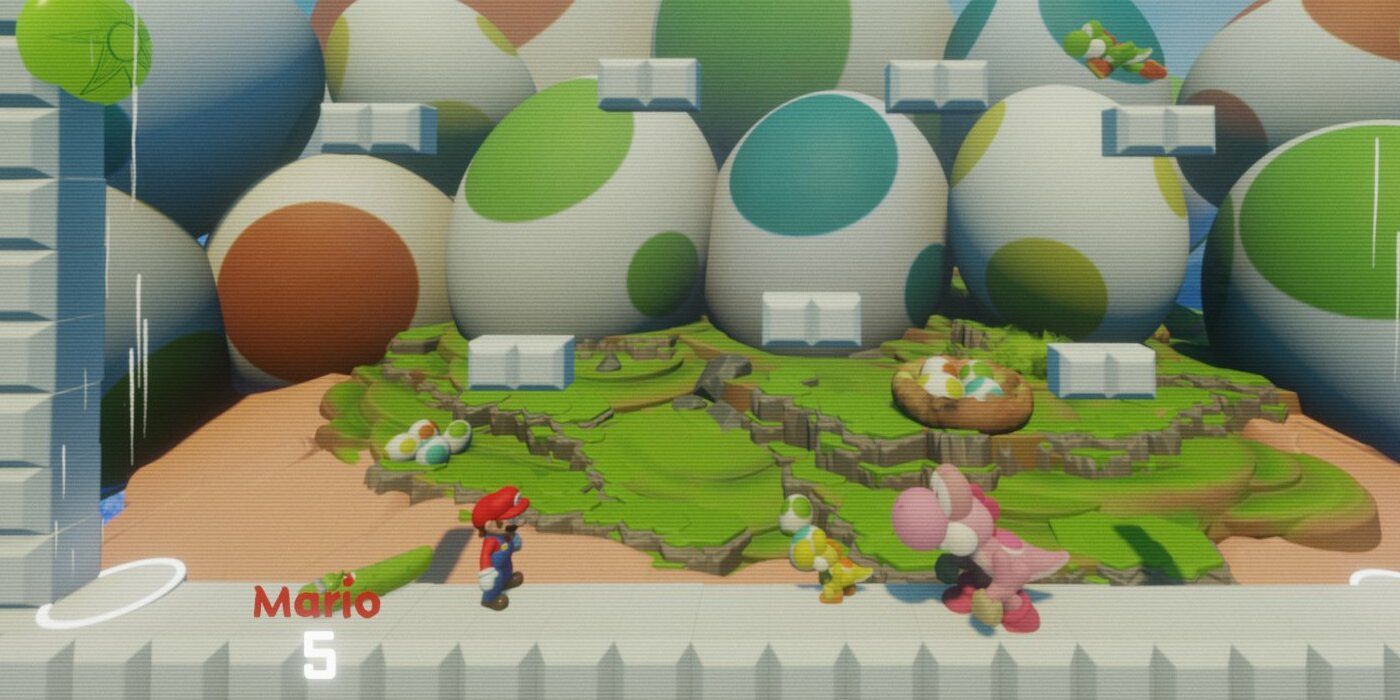 This homage to Super Smash Bros., “Super Smash Bros. Infinite,” was created by Campbell464. The standard players are present like Link and Mario, but no one can do anything besides jump. Running into characters will essentially trounce them.

It is a good first attempt that is for sure. The funniest thing about this is the inclusion of one guest character. Of all the fan choices on the Internet right now, Pickle Rick seems to be low on the totem pole, if existent at all, but here he is in all his pickle-ness. 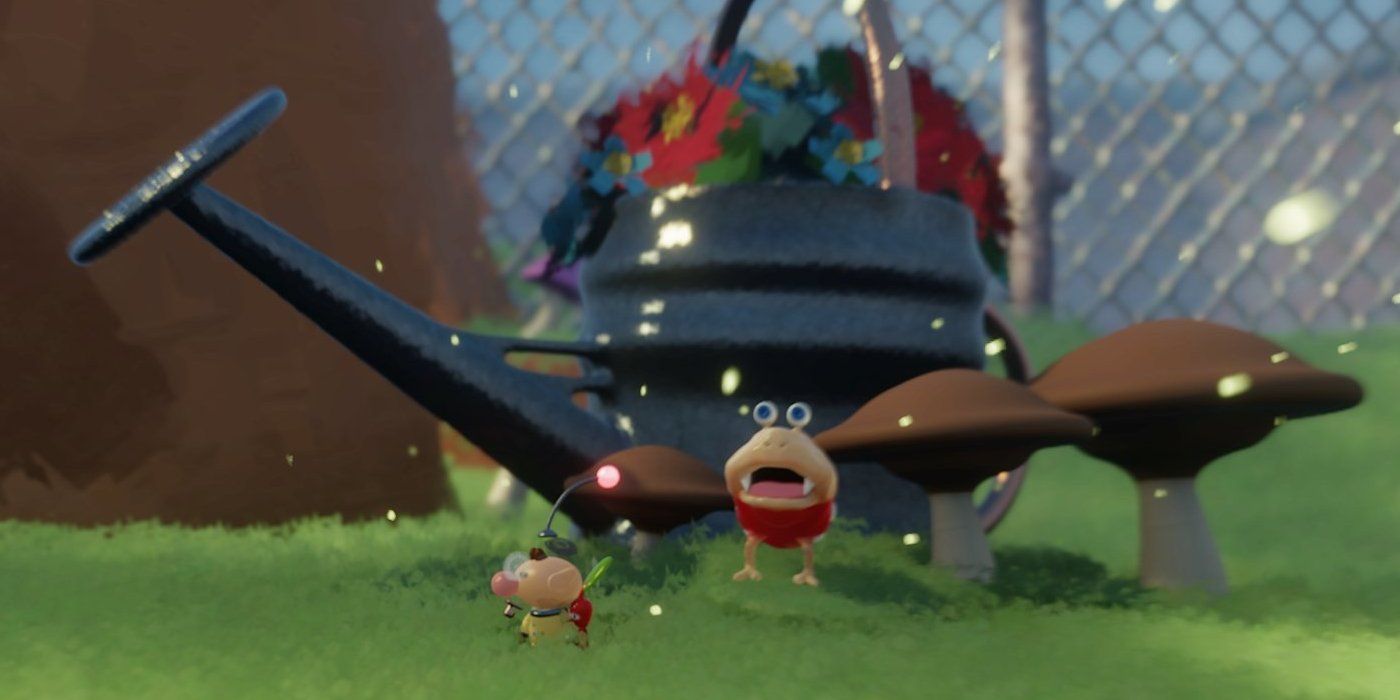 This homage to Pikmin, simply titled “Pikmin,” was created by BIIG-RAT. Captain Olimar is accompanied by one little red pikmin, and all one can do is explore a small little hub world. There are monsters present, but they are only statues. Statues that are really well detailed, at the very least, but motionless all the same. What will be finished first? This project, or Nintendo getting around to Pikmin 4? 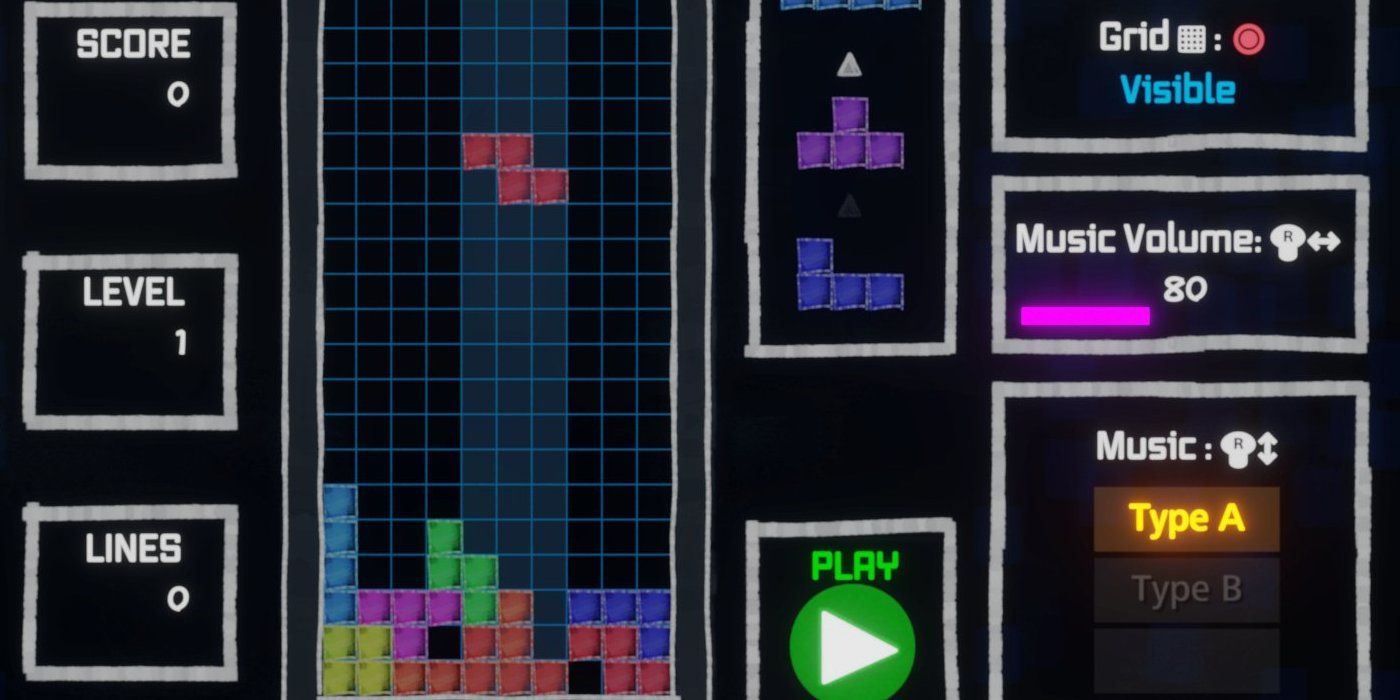 This homage to Tetris, simply titled “Tetris,” was created by simora2873. Similar to Final Fantasy, the fact that someone could make the mechanics of Tetris work in Dreams in simply amazing. It moves slower than typical Tetris gameplay and seems to be hindered a bit by Dreams‘ controls, but it still works all the same. It even has the same catchy music, which is always a must for making a good Tetris experience. 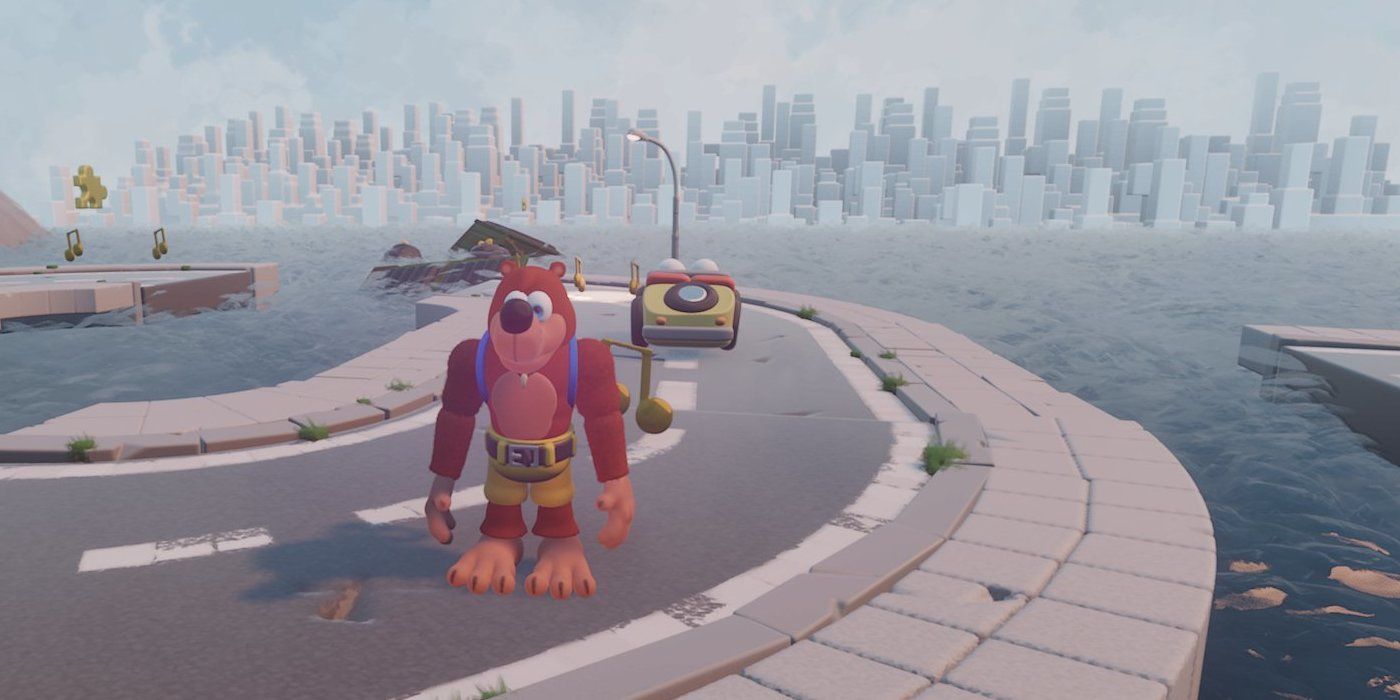 This homage to Banjo-Kazooie, “Banjo Unleashed,” was created by Gravitopia-64. As the name might suggest, this is like a cross between Banjo-Kazooie and Sonic Unleashed. That is the game where Sonic turned into a werewolf.

Lycanthropes aside, the game begins in a typical Banjo-Kazooie area, but then warps players into a dystopian city that actually looks like a later level of NieR: Automata. Except for getting rid of Banjo’s bird friend, it plays like the rest of the games do and looks impressive for what it is so far. 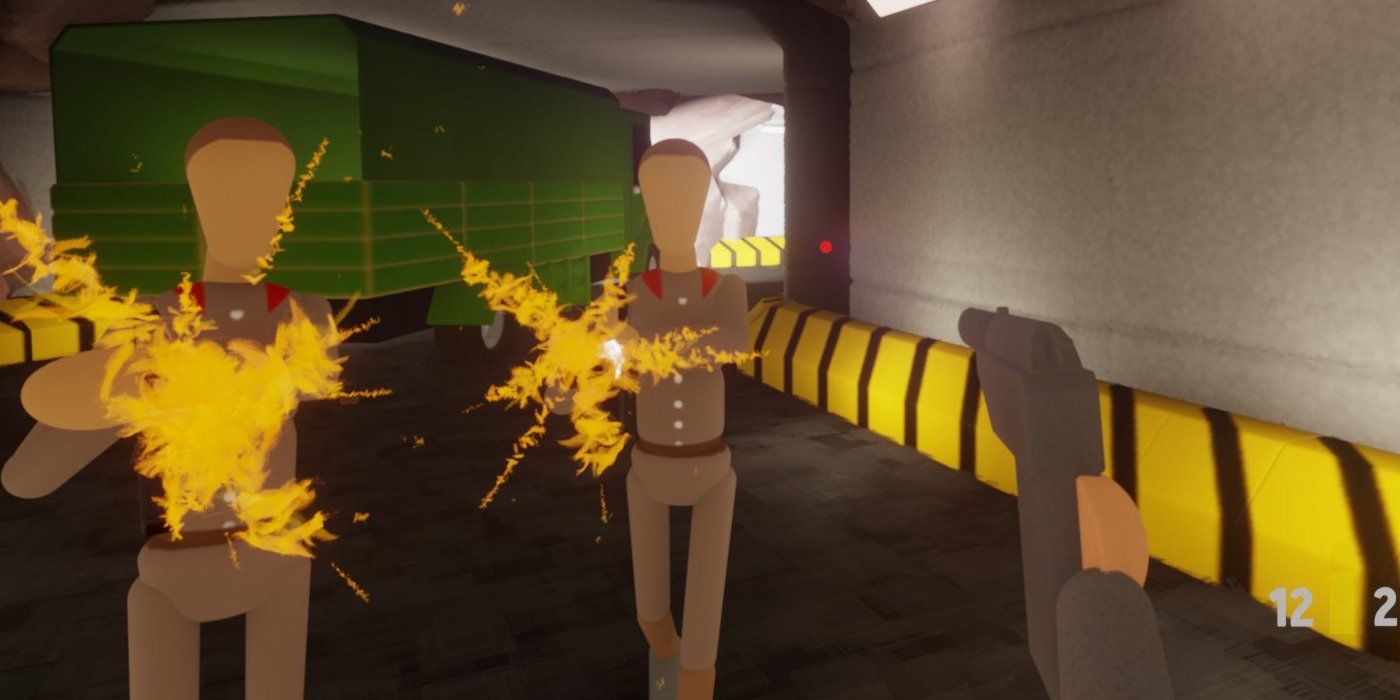 This homage to GoldenEye 007, “GoldenDream 64,” was created by ARTOMIANDY. It actually looks a lot like a LEGO recreation of the game. The hand model and the bad guys are very basic, along with all other effects. That said, enemies take damage, there are bullets, and the first level looks to be almost exactly remade on a one-to-one scale. It isn’t perfect, but for a recreation of one of the most beloved N64 games of all time, this LEGO-like version of GoldenEye is neat. 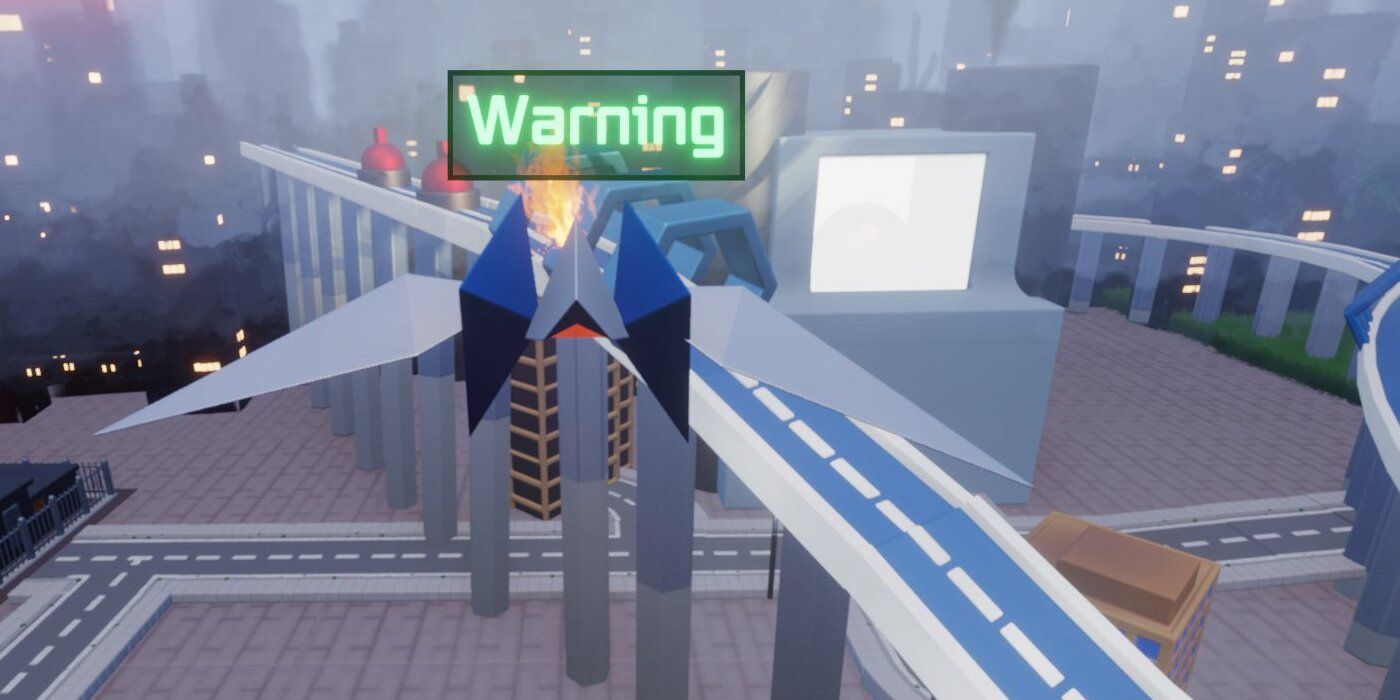 This homage to Star Fox, “Star Flight,” was created by wasabe00. Fox is back in all of his polygonal glory, taking on a small city area full of mounted cannons and other enemy ships. It is a bit hard to maneuver around and feels a bit stiff overall, but this is just the beginning, so it is understandable. The most impressive thing about it is the fact that wasabe00 was able to make it look like the polygonal models from the Super Nintendo, which is a nice touch. 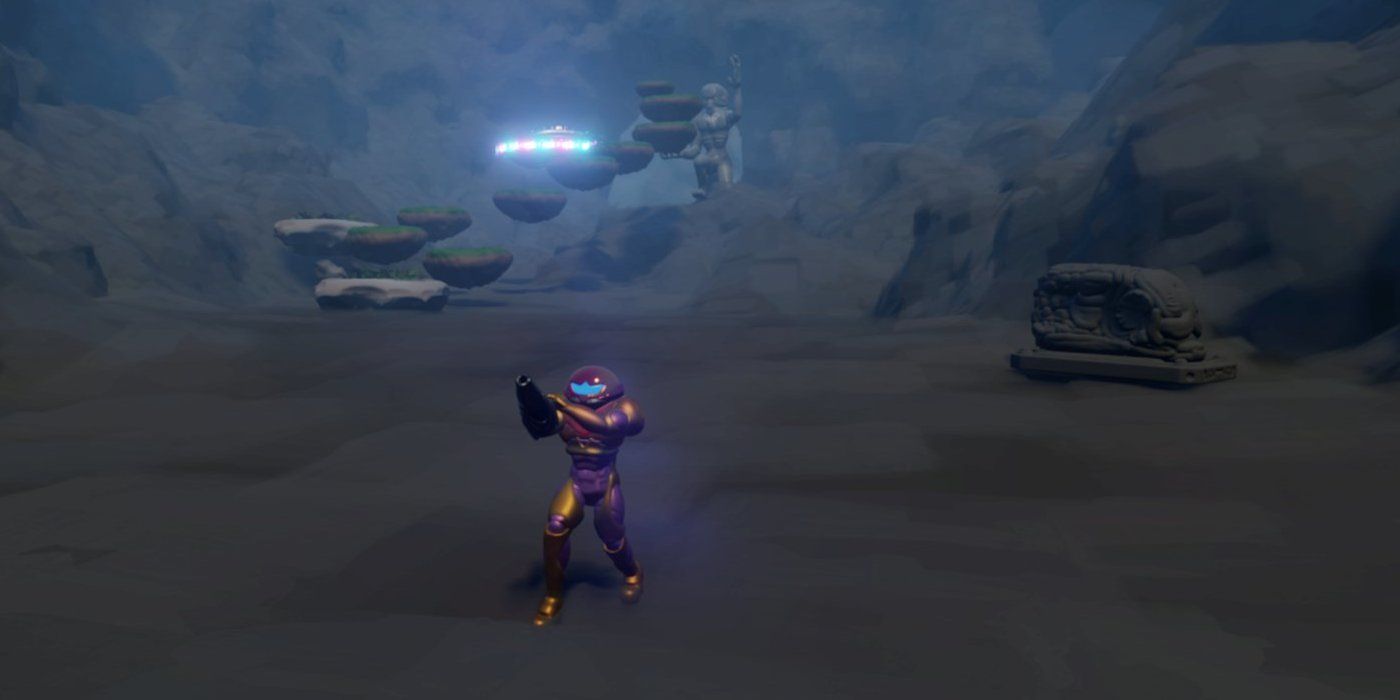 This homage to Metroid, “Metroid 64,” was created by RockItScience187. This is barely a game. Samus is in a small environment, and, though she can shoot, she has no enemies to vanquish. The reason why it got on here is for two reasons.

Nintendo has never made a 3D third-person version of Metroid. Metroid Prime is great, but a third-person 3D adventure would also be interesting at some point. Additionally, the design of Samus’ suit is pretty tight.