Home » News » Disney Dreamlight Valley: How To Acquire All Of The Royal Tools

Disney Dreamlight Valley: How To Acquire All Of The Royal Tools

In Disney Dreamlight Valley there are a few tools that will accompany you and be crucial during your time in the Valley. However, they won't be at your disposal right away — you'll have to find them first.

These tools are necessary for collecting all the resources available in the game, from farming to mining. We've put together a guide that shows you exactly how you can find the Royal Tools, so you can get started on harvesting those important items.

This guide is based on Early Access content, and as such may be subject to change in the future. 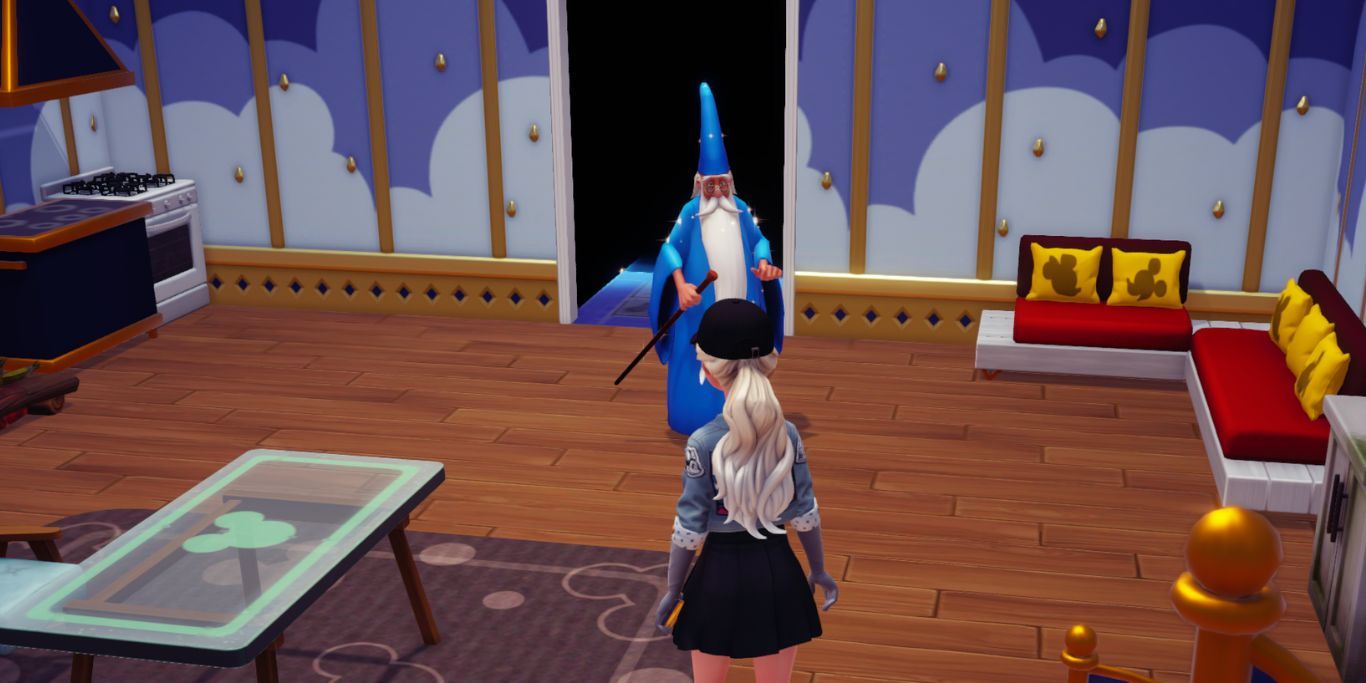 One of the first quests that you'll receive after meeting Merlin and getting past the game's introduction is The Royal Tools. Merlin tells you that you need to find and collect all of the Royal Tools, which once belonged to the Old Ruler of the Valley.

Once you've got hold of the tools, you will be able to do all sorts of tasks around the Valley. You'll be able to water plants, dig up holes and plant seeds, fish in the ponds and the ocean, and mine rocks and minerals. 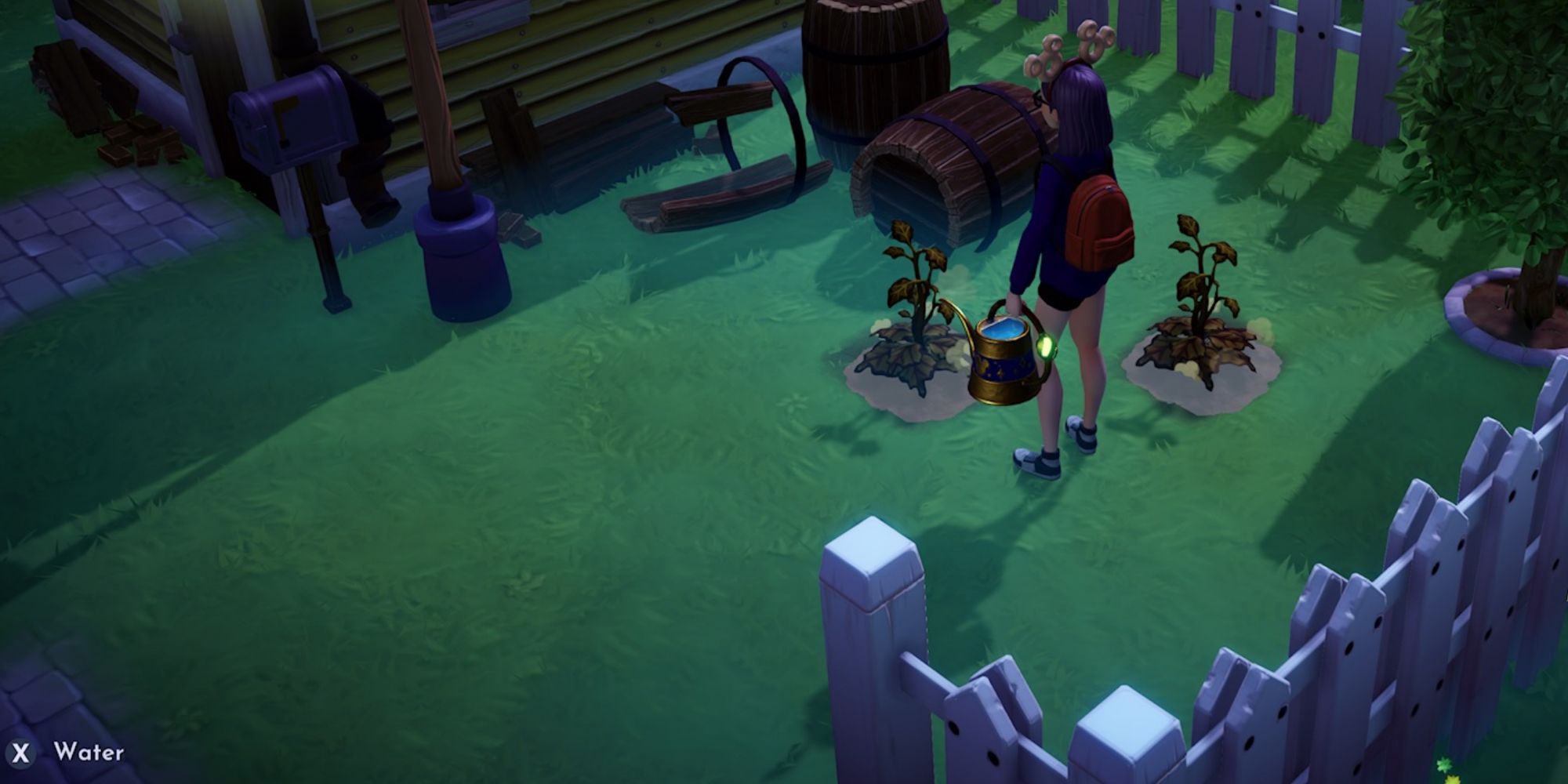 The Royal Watering Can is most likely the first tool that you'll stumble upon. You don't have to look too hard to find it, because soon as you get to the Valley, you'll be right next to a house. You'll see the Watering Can's distinct glow behind a barrel in the garden, in front of the white fence.

To get to it, you have to clear the Night Thorns blocking your passage. Approach it and press 'Pick Up' to add it to your tools wheel. To use it, open the tools wheel and select the Watering Can. Then, when near a dry plant, select the 'Water' option. 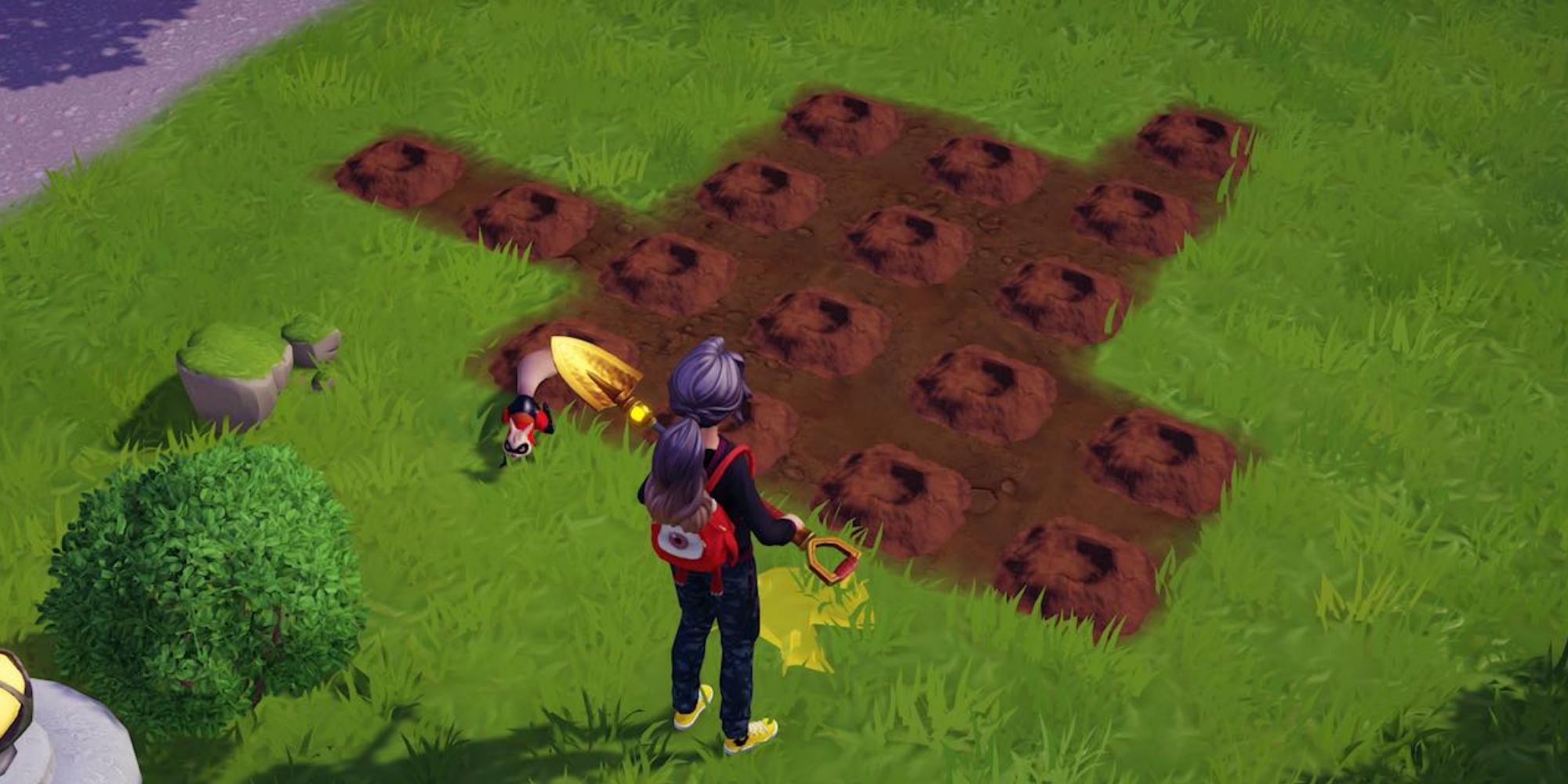 If you're planning on doing some gardening straight away, the item you should look for next is the Royal Shovel. Not only does it allow you to dig up glowing spots on the ground, but it also allows you to dig holes to put seeds in and then water them using your shiny new Watering Can.

Go to the plaza and then walk eastward until you reach Chez Remy. You'll find the shovel right by the restaurant. Digging up random holes in the ground is also a great way to find soil, which you can then use to craft a variety of items. 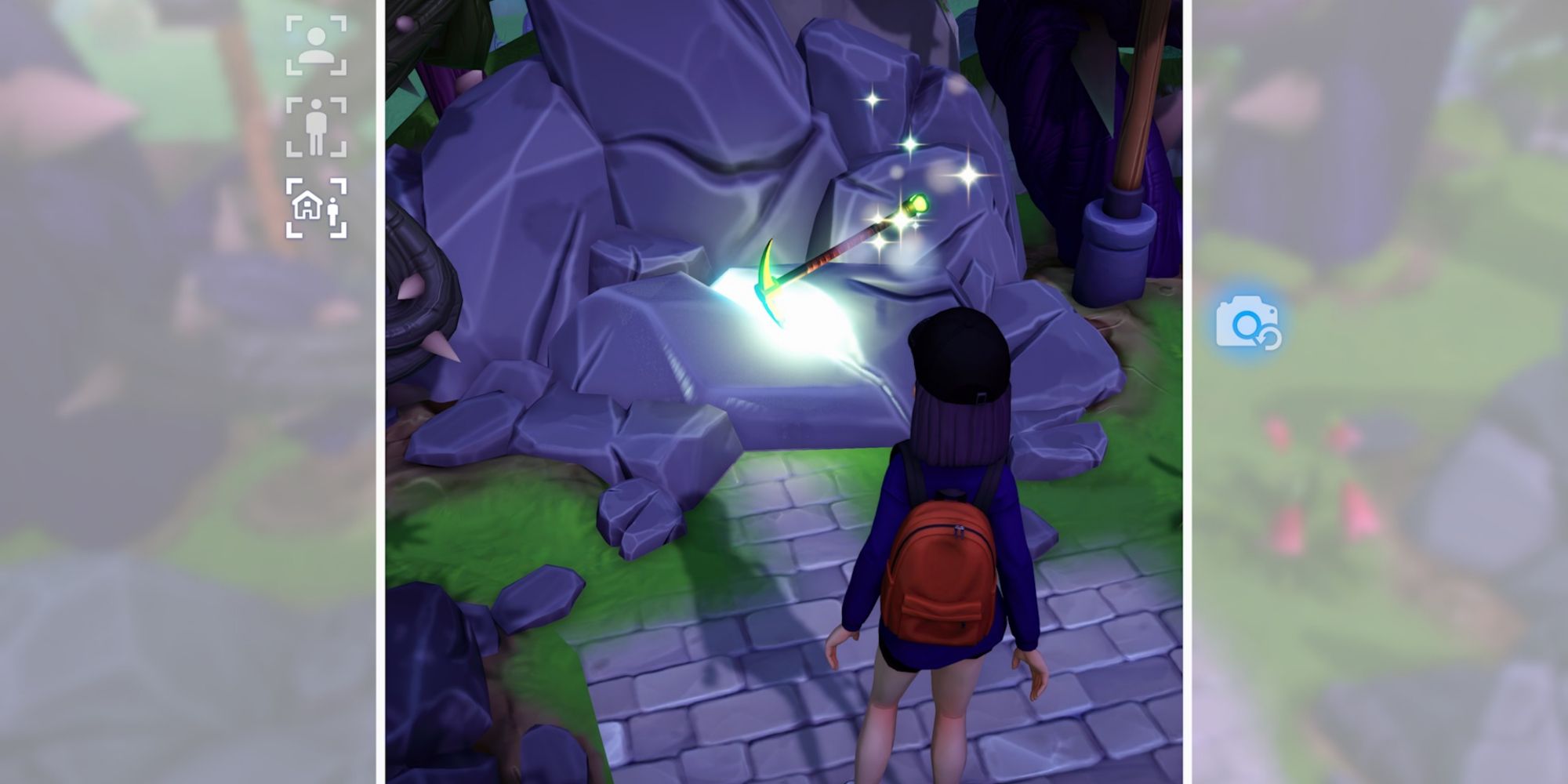 Go to Scrooge McDuck's shop and follow the path on its right side, to the east. You'll see a large rock with a pickaxe stuck on it. Go up to it, and attempt to remove it from the rock. Of course, you are worthy, so it'll pop right out for you to keep it for yourself.

The Royal Pickaxe is what you'll use to mine rocks and minerals, and although you might not use it as much as the Watering Can, for example, it's got an extremely important role in the game's story. By removing the pickaxe from the rock, you sync the in-game clock with real time. You will also be able to break the rocks blocking your path down to the Peaceful Meadow. 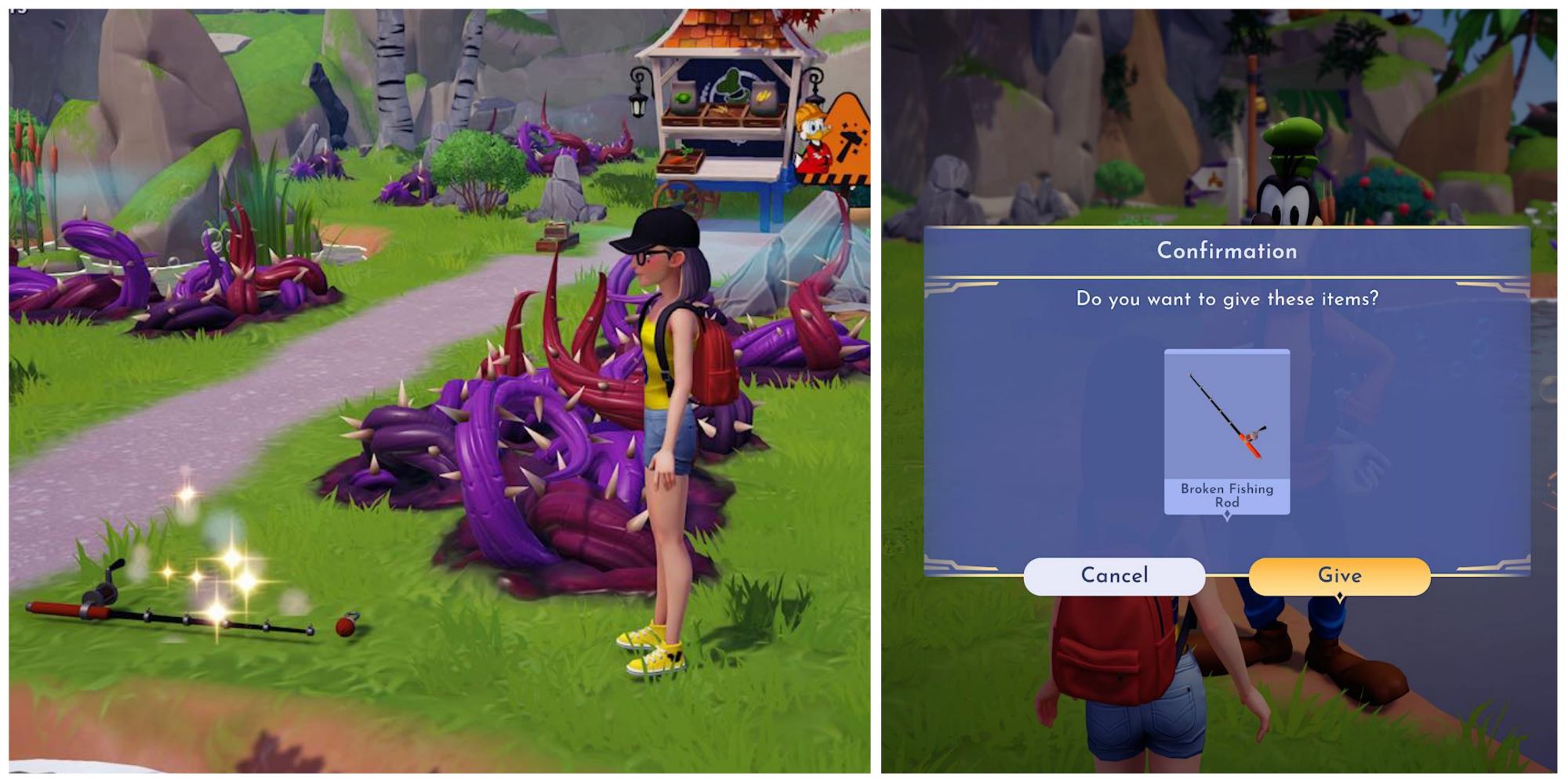 Now that you've gained access to the Pickaxe, you can go down to Peaceful Meadow and look for the Fishing Rod. You'll find a rod directly in front of Goofy's Stall. However, that's not the Royal Fishing Rod — it's Goofy's Lucky Fishing Rod, which is broken at the moment. Make sure to pick it up!

The one that Goofy's been using, ever since he lost his own, is the Old Ruler's Royal Fishing Rod. So, give the broken Lucky Fishing Rod back to Goofy — he'll notice that it's not actually broken and is just jammed up with some seaweed, and he'll give you the Royal Fishing Rod in return, as well as a fishing hat!

Now you can fish as much as you'd like. If you want to learn more about the fishing mechanic in Disney Dreamlight Valley, check out our complete guide.

Once you've collected all four Royal Tools, go back to Merlin in the Plaza to complete the quest. These tools will be an essential part of your journey while in the Valley, working with them every day to explore various biomes.

Using tools will decrease your character's energy rather quickly. Always keep an eye on it, and either eat to restore it or go back home to rest for a while.

Whenever you want to switch between tools, simply open your tool wheel and select the one you want. The 'hand' symbol in the tool wheel allows you to put away whatever you may be holding.