North American esports organization Dignitas has announced the signing of mid laner Tanner “Damonte” Damonte to its Academy roster for the 2020 season. After being released from the main lineup, it seemed like the 22-year-old would be left without a League of Legends team. While this isn’t exactly what most fans of Tanner Time were hoping for, it is better than nothing. 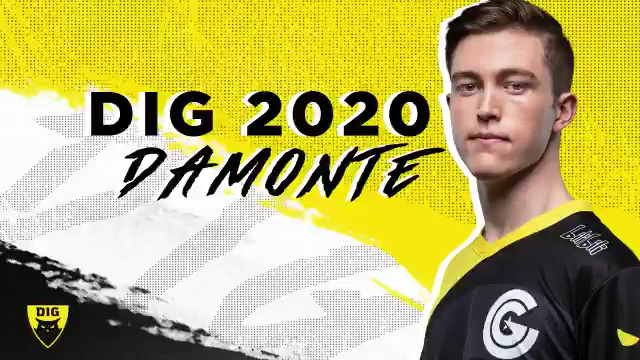 Clutch Gaming and Dignitas went through a merger in June of 2019, shortly after the League of Legends Championship Series (LCS) Summer Split had started. The team then rebounded from a second to last placing in the Spring Split to 5th in the Summer Split, 4th in the Summer Split Playoffs, and 1st at the Regional Finals or Gauntlet. The team even went on to a world championship appearance but was swept in the Groups Stage and lost all six of its games.

With results like this, some thought he might be retained into the 2020 season, especially with his fanbase. However, the player revealed that he had entered free agency after Dignitas declined to renew his contract. Because of this, the conversation around how North American teams would rather import foreign talent than grow domestic players was discussed even more.

Damonte showed great performance in the regular season. Unfortunately, he seemed to have struggled a lot more at Worlds, with competition like SK Telecom T1, Fnatic, and Royal Never Give Up. Others have brought up how former Golden Guardians and Origen mid laner Henrik “Froggen” Hansen may be a better fit for the 2020 Dignitas roster.

No further information has been disclosed about the full Dignitas Academy lineup. Can Damonte make it back into the LCS? Or will he get stuck and have his next team be another Academy team instead? Let us know your opinion, and keep up with Daily Esports for all of your League of Legends coverage.