Diablo IV was announced during BlizzCon 2019, and while it’s still a very long way from release we’ve already gotten quite a lot of information about it. In our hands-on time with the game, we found its shared world and dark vibes intriguing. Now, in the wake of BlizzCon, more information is coming out from interviews conducted during the show.

We know that Diablo IV will feature mounts and character customization, but now we’ve heard that there are plans to let you spend money on cosmetic items for your characters. This comes via an interview by Twitch streamer Quin69 with lead designer Joe Shely, where Shely discusses monetization plans for the upcoming loot RPG.

The video is quite long, but PCGamesN has nabbed the highlights. After confirming that the base game will get expansions, Shely said that, “you also will be able to acquire cosmetics in the game.” Asked directly if that means the game will have microtransactions, Shely says that it will. While the game will not let you spend money to improve your build or become more powerful, this seems to confirm that you’ll be able to spend money on skins.

According to Shely, “it’s also an opportunity to have more options available than you would otherwise.” It’s likely that we won’t know more details about this system for some time yet, and with the game so far away, there’s always the possibility that Blizzard’s plans will change.

Diablo IV was announced alongside Overwatch 2, but neither game was given a release date.

Want us to remember this setting for all your devices?

Please use a html5 video capable browser to watch videos. This video has an invalid file format. 00:00:00

Please enter your date of birth to view this video

Now Playing: Diablo 4's Brutal Combat Is A Return To The Series's Dark Side 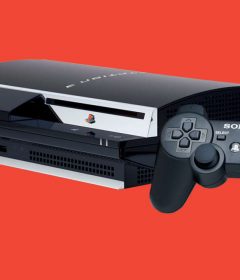