Devolver Digital has released a free marketing simulator on Steam that puts you in an abandoned but twisted convention hall.

E3 may have been cancelled this year, but that certainly didn’t stop Devolver Digital from holding its own event that managed to both mock the industry and announce plenty of new games.

This time around, Devolver held its own equivalent of a Nintendo Direct, even very blatantly cribbing Nintendo’s art style at points and featuring a guest appearance from My Uncle From Nintendo.

Described as a marketing simulator, the game is set in an abandoned convention centre that was meant to play host to an E3-like event held by Devolver, which has been cancelled.

In actuality, it’s more of a first person shooter/puzzle game, as you’re tasked with navigating the centre to collect game trailers and other secrets related to all the games Devolver announced.

Areas within the centre are themed around said games, such as Shadow Warrior 3, and even feature enemies – with your only means of defence being a T-shirt gun.

As well as Shadow Warrior 3, other games falling under the spotlight were Serious Sam 4, which will see a release on PC and Stadia this August, and a physics-based party game called Fall Guy. Much-fancied indie horror game Carrion was also given a release date of 23 July.

Also showcased was side-scrolling action adventure Olija for PC and Switch; a local and online multiplayer dungeon crawler for Steam called Blightbound; and Weird West, a top-down action game from the co-creators of Dishonored and Prey. 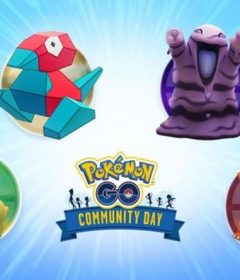 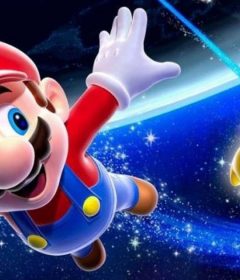 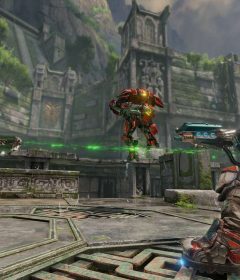 Quake 2 Is Free To Own Right Now, With 3 Coming Soon