King Bounty’s 2 was one of most low-key announcements from Gamescom. The turn-based series blends tactics and role-playing, and it’s among my all-time favorites. But it’s been fallow for some time — Dark Side was the franchise’s last release, coming a little more than five years ago.

King’s Bounty 2 (coming 2020 to PC and for the first time to PlayStation 4 and Xbox One) will retain many of the features that came with King’s Bounty: The Legend, which was the series revival way back in 2008 (reminder, King’s Bounty itself is a rebirth of New World Computing’s 1990 classic). You still roam around a map, building up your army, taking on foes, and finding magic items and spells. But longtime developer Katauri Interactive and publisher 1C Company are trying to move away from the fantastical fantasy of previous games and giving it a more “realistic approach.”

But before we learn more about the new game, I wanted to know why the series has been on the shelf for so long.

King’s Bounty has been in the mothballs for a long time. Leading up to Darkside’s 2014 release, King’s Bounty had received releases in 2009 and 2012. I asked 1C why the publisher decided 2019 was the right time to announce King’s Bounty 2. Essentially, 1C and Katauri decided King’s Bounty had become a little stale and needed some time in the oven to come up with a fresh approach.

“It’s about damn time!” 1C spokersperson Daniel Matěna said over email before transitioning into a more in-depth explanation. “What we hope to achieve is not only to please longtime fans of the series but also introduce King’s Bounty to new fans. The longer version is that after King’s Bounty: Dark Side, we sat down and started thinking about where the series could go next. We had many concepts and ideas, but in the end, [we] settled for a more realistic approach to the fantasy trope that would give the King’s Bounty series a fresh new look and feel.

“That said, we want to stay true to the series’ roots, so we’re keeping the foundation of what made the original great, while building on top of it with new ideas to make the best game in the series yet.”

What will it be? 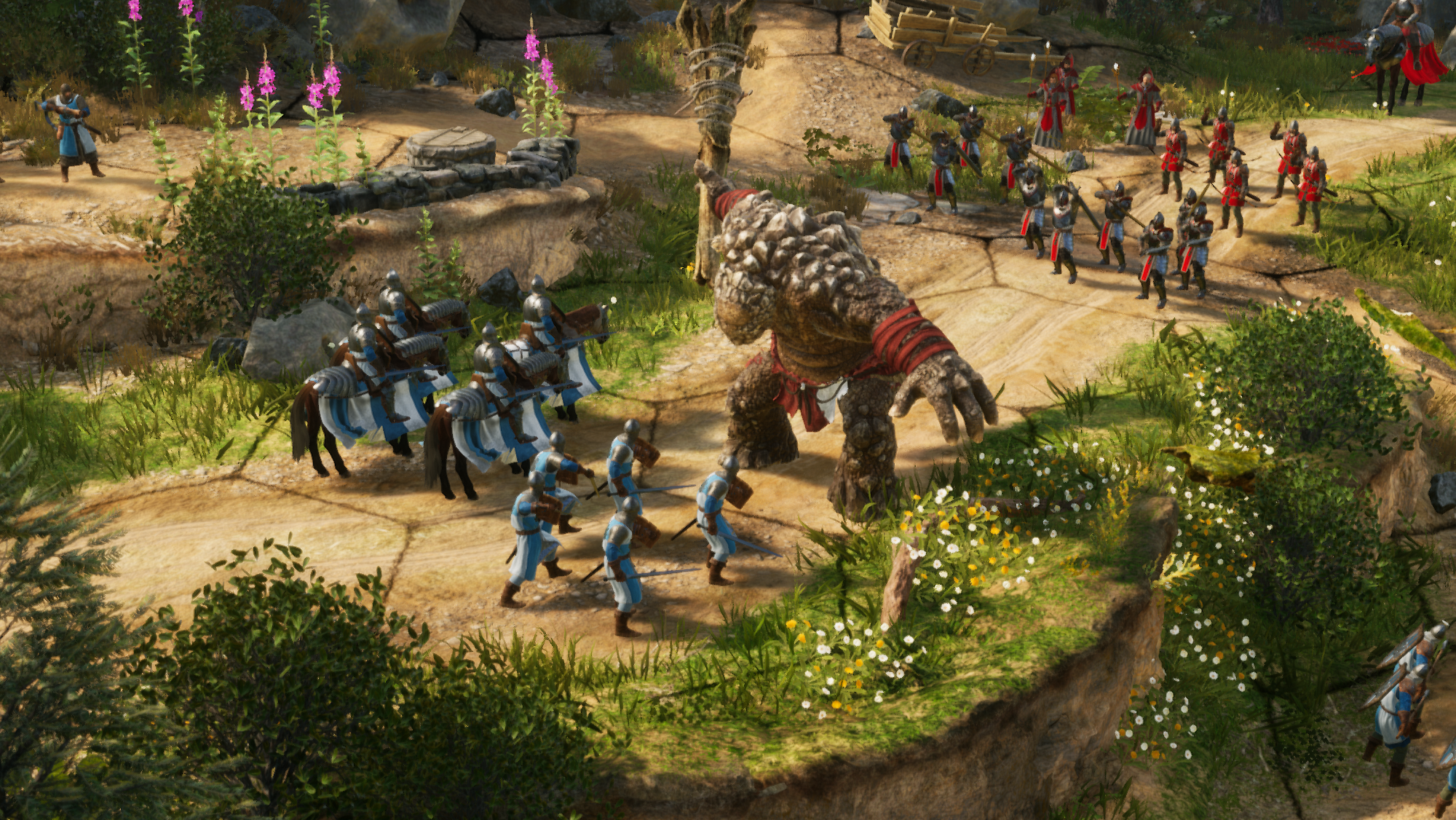 At it’s heart, King’s Bounty is a series about fighting battles, building an army, and exploring the map. You find units to add, take on others, and discover treasures. It’s not all that complicated, but the difficulty comes in balancing each region, introducing new factions, and continuing to present a challenge without making it too difficult or easy. I wondered if 1C had any plans to change King Bounty’s core.

“Definitely,” Matěna said. “King’s Bounty 2 is a fantasy-RPG with turn-based combat. You explore the map and uncover secrets, meet interesting people, accept quests, make important consequential actions, recruit units, collect tons of items/equipment, and much more. Once you enter combat, the game switches perspective to a top-down view and becomes the tactical turn-based RPG that you know from previous King’s Bounty titles and other games in the genre, such as the Heroes of Might and Magic series.”

But one thing stuck with me — this more realistic take the studio and publisher want. How can you make a fantasy series with armies of giant snakes, vampires, dragons, and magic more realistic?

“Realistic approach for King’s Bounty 2 is building a world that feels like it could truly exist. We have many fantasy elements such as dragons, dwarfs, trolls, elves, undead, magic and much more, so the game is very much high fantasy game, same as in previous King’s Bounty titles,” Matěna said. “However, what sets this Kings Bounty apart is that we want you, the player, to feel when playing the game, that the world is grounded, has its rules, politics, factions, etc., and is not just a backdrop to a fantasy story, but has it’s own identity. It’s a place where you could imagine yourself living in.”

But you won’t be hatching dragonflies, spiders, and snakes from eggs this time around to add to your army, but Matěna said that this time, “You can basically recruit to your army every single unit you encounter (you just have to find out where to recruit them). We have a lot of units for you to play with.” 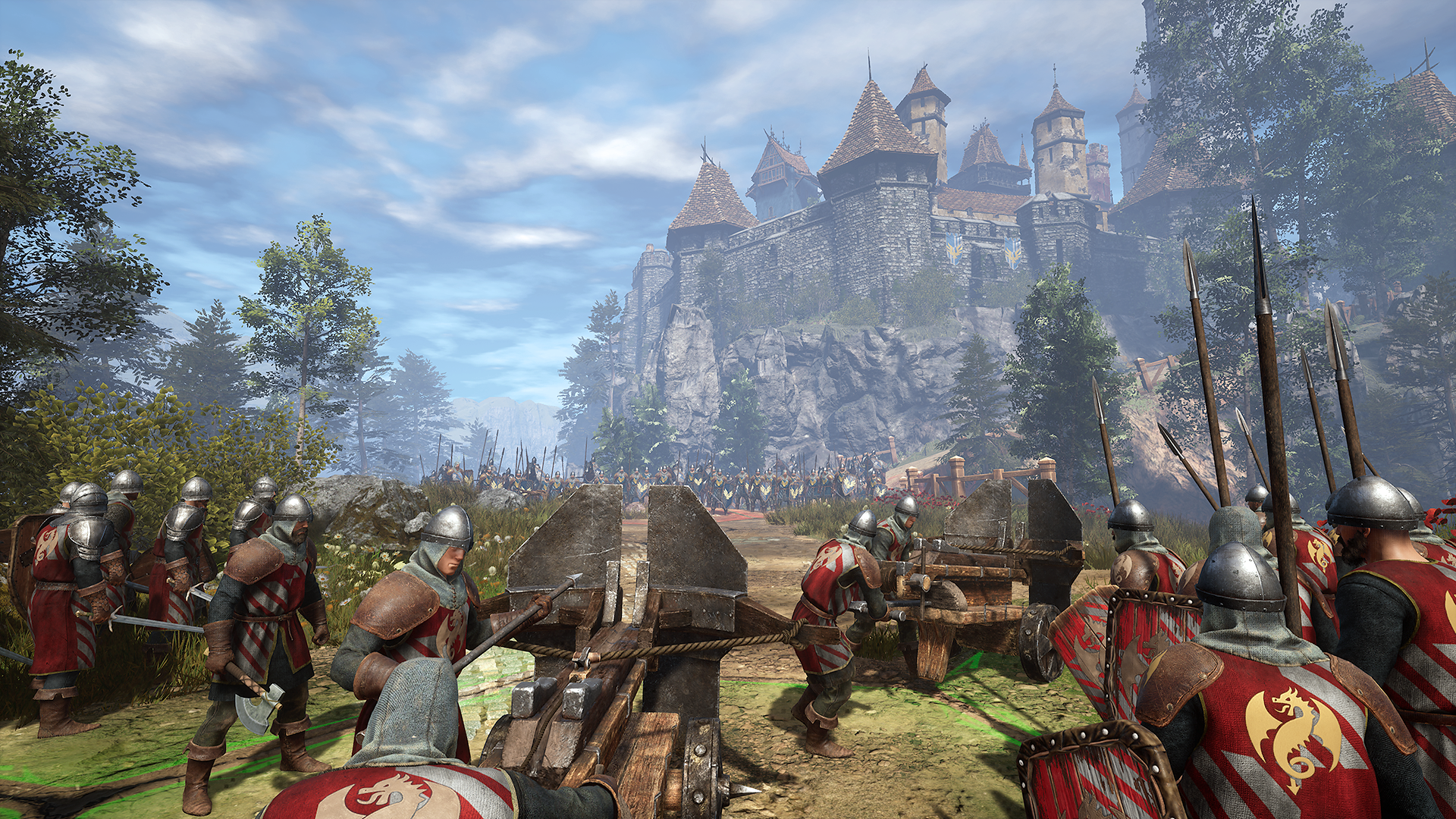 Above: Send in the artillery.

King’s Bounty: Dark Side hit Steam Early Access in 2014, and its early-access status showed. It had bugs, crashing on me a number of times. It ran poorly. And it just didn’t have the “magic” that previous versions had. That could be because, while having you play as the bad guys, it didn’t add much to a series that, after six years, was beginning to show its age.

“At its core, King’s Bounty: Dark Side held a lot of what we set out to do. We approached the series with a different spin on the fantasy trope, gave players new player character types with their own backstories, created a new set of very different companions, and opened up a previously unexplored side of the world. That said, we were tackling a sizable amount of content in a short amount of time after bringing on a number of new team members, so some of the polish that we had hoped to get to was left on the table as we went into Steam Early Access,” Matěna said.

As King’s Bounty 2 isn’t going the early-access route, along with relaunching the franchise, I can bet we won’t see as many bugs and other issues when it launches sometime in 2020.