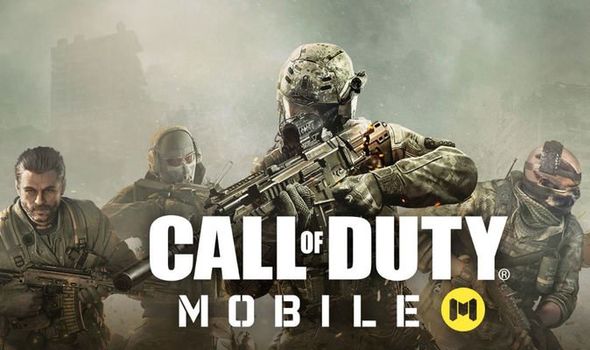 Call of Duty Mobile has received its first major update since its successful launch back in October.

Gamers on Android and iOS have access to Zombies Mode for the first time and can also use controllers.

And it’s a bonus for console gamers who already own a PS4 or Xbox One controller.

But fans may have also missed a few key points regarding the latest COD Mobile patch.

The first is that the new Controller Support extends to PS4 and Xbox controllers, but some may still not be able to connect.

1st gen versions of those official PS4 controllers are not supported, something that could be frustrating gamers tonight.

It might not be clear why you’re not able to complete the syncing process tonight, and it’ll be worth checking to see if you have a 1st Gen device.

Activision has also confirmed that controllers will only work in matches and that the Controller Support option will need to be enabled via the settings menu before syncing your wireless controller.

Controller Support has been one of the number one feature requests since the game launched, but it does come with drawbacks.

The biggest being that players will only be able to play against others who are using controllers.

However, if you are in a party and one your party member uses a controller, then the whole party will be matched with other players using controllers.

Following the controller support update today, we also found more about the new COD Zombies experience, which is surprisingly only going to be available for a limited period.

A message shared by the Activision support team reads: “Welcome to Call of Duty Mobile: The Zombies Experience!

“Available for a limited time. Return to Shi No Numa today and discover an old haunt with some new tricks…”

Fans should also know that Call of Duty Mobile Zombies Mode will only unlock after you hit Level 5, and not before.

Here’s a quick rundown on everything else you might want to know about how to play the classic COD mode on mobile:

“A session of zombies can be played alone or with up to three other players. You and your teammates will begin a game with only a pistol and a knife. These will be used to protect you against the hordes of undead creatures.

“After taking damage, your character will regenerate health if they do not take any more damage for five seconds.

“The roaming undead can appear through windows, which can be boarded up to hinder their progress. Standing near a window will board it up automatically.

“Boarding windows and killing zombies are the two primary ways of earning points.

“Purchase wall weapons which are chalk outlines on certain walls around the map. Once you have one of these weapons, more ammo can be purchased at the same chalk outline for that weapon.

“Purchase weapons from the Mystery Box. The box can be found randomly around the map and is marked by a pillar of light. The Mystery Box gives players a weapon or equipment at random. After it is used a certain number of times, it disappears and reappears in a different area.”