Borderlands 3 Update Delayed Due To Unrest Over Racial Injustice

Borderlands developer Gearbox Software has joined the chorus in supporting Black Lives Matter and pushing back some of its scheduled plans for Borderlands 3 in solidarity with the movement. In a statement on Twitter, the developer said it’s delaying the release of the Takedown at the Guardian Breach update.

Additionally, the studio is muting its Twitter channel–with the exception of this announcement–out of respect for “what’s going on in the world right now.”

2K Games, which publishes the Borderlands series, said it’s adding another $1 million USD to the 2K Foundations Program and expanding its scope to include fighting racial injustice and inequalities in black communities around the world.

Gearbox also confirmed that the ongoing Revenge of the Cartels event in Borderlands 3 will be extended until the Takedown at the Guardian Breach update arrives.

Gearbox isn’t alone in delaying an update due to the unrest around racial inequality around the world. Infinity Ward has delayed the Season 4 update for Modern Warfare/Warzone, while Epic Games has pushed back the launch of Fortnite’s next season. Sony, meanwhile, delayed its PlayStation 5 event. 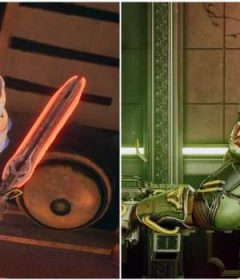