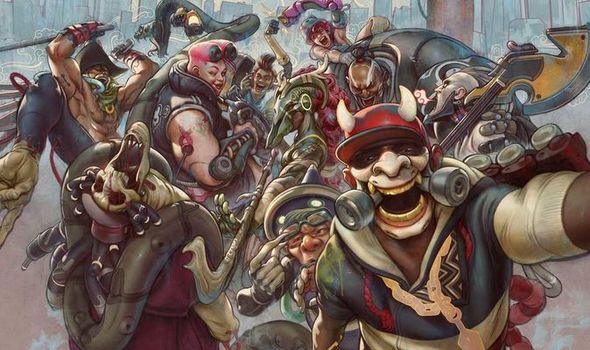 The Bleeding Edge release date has been set for Tuesday, March 24, 2020, on Xbox One, Windows 10 and Steam. And that means we’re not far from seeing the big new launch hitting Xbox consoles and PC platforms at the same time. The good news is that fans can get ready for the arrival of Bleeding Edge today by pre-loading it on Xbox One and Steam. This is available to gamers who have pre-ordered the game and fans will need to make room for the download, which is around 12GB.

The only downside is that gamers on Steam will not have access to all the Bleeding Edge features on launch day.

Steam achievements won’t be available on March 24, but the team at Ninja Theory have said that they are committed to releasing them in the first week of April.

WHEN IS THE BLEEDING EDGE RELEASE TIME ON XBOX ONE AND PC?

Microsoft has confirmed that the Bleeding Edge release time has been set for Midnight PT on Tuesday, March 24, on Xbox One and PC.

According to the development team, this will be the global Bleeding Edge launch time across all platforms.

“Get your team ready to tear it up for our global launch at midnight PDT, Tuesday 24th March,” a message from Ninja Theory explains.

“Pre-install for Bleeding Edge is now available for Xbox One, Windows 10, and Steam.”

Alternatively, the Microsoft Store lists the game as unlocking at 2am on March 24 in the UK.

Bleeding Edge will be available to purchase on Xbox One, Windows 10 and Steam this week and it will also be playable if you have an Xbox Game Pass subscription.

Bleeding Edge is one of only a number of Microsoft exclusive titles to be available to play on Steam, although the list is growing.

And while it doesn’t seem very likely that the arena battler will ever launch on the PlayStation platform, we do know that it will support Cross-Play and Cross-Save.

This will make it possible to share your gaming experience across platforms, and with friends on any of the three current platforms.

For those who might have not heard about the new multiplayer experience, Bleeding Edge is a 4v4 arena brawler, developed by Team Ninja.

The game comes with a meaty roster of characters to choose from, with the promise of more content coming to the game after launch.

More on what you can expect from Bleeding Edge can be found below:

“Choose your fighter from a diverse cast of colourful characters from the edges of society: burn rubber as bold and beautiful Buttercup with her detachable saw blade arms, wreak havoc as Black-Metal rocker Niđhöggr with his electrifying guitar solos or slash up the streets as Daemon, New York’s most wanted assassin.

“Use your environment to your advantage with deadly arena hazards and gain the upper hand in moments of chaos.

“Yank opponents into a high voltage electric fence with Buttercup’s saw blade. Charge enemy aggressors into the path of an oncoming train with Makutu’s shoulder barge. Trap careless enemies within Maeve’s magical cage and light a raging fire beneath their very feet.

“Power up your fighters’ weapons and abilities from a vast arsenal of cybernetic parts, all earnable through gameplay. Customise your hoverboard mounts to ride with style across the vibrant cyberpunk arenas of Bleeding Edge.”