And then the very next day, most schools in the U.S. went into home-schooling mode as the coronavirus pandemic began to spread. Big Ear Games CEO Aviv Ben-Yehuda was also scheduled to start a fundraising trip in the U.S. But now it’s adapting with a virtual music education strategy for music fans and learners, using its mobile app on iOS and Android.

Big Ear Games’ mission is to encourage folks to create, learn, and socialize through music. The app (Big Ear) is about discovering inspiration from popular tunes to explore how music works and encourage users to make music, said Ben-Yehuda in an interview with GamesBeat.

“The love of music knows no boundaries,” said Ben-Yehuda. “It adds meaning, both emotionally and socially, to our lives. Even simple tunes can be effective and evoke meaning, so users are encouraged to create and share their music from day one.”

The fact that people are singing from balconies in Italy to entertain their neighbors and thank medical professionals is heartwarming for Ben-Yehuda, who was trained as a medical doctor but decided to dedicate himself to music education. Ben-Yehuda calls that balcony singing as “the language of hope.”

The game is free-to-play, and it could eventually generate revenues from a subscription model, Ben-Yehuda said.

Meanwhile, Big Ear Games is working with Finnish performer Darude (his big hit was Sandstorm) to create the “biggest introduction of a music virtual classroom”, starting in Finland as a pilot. 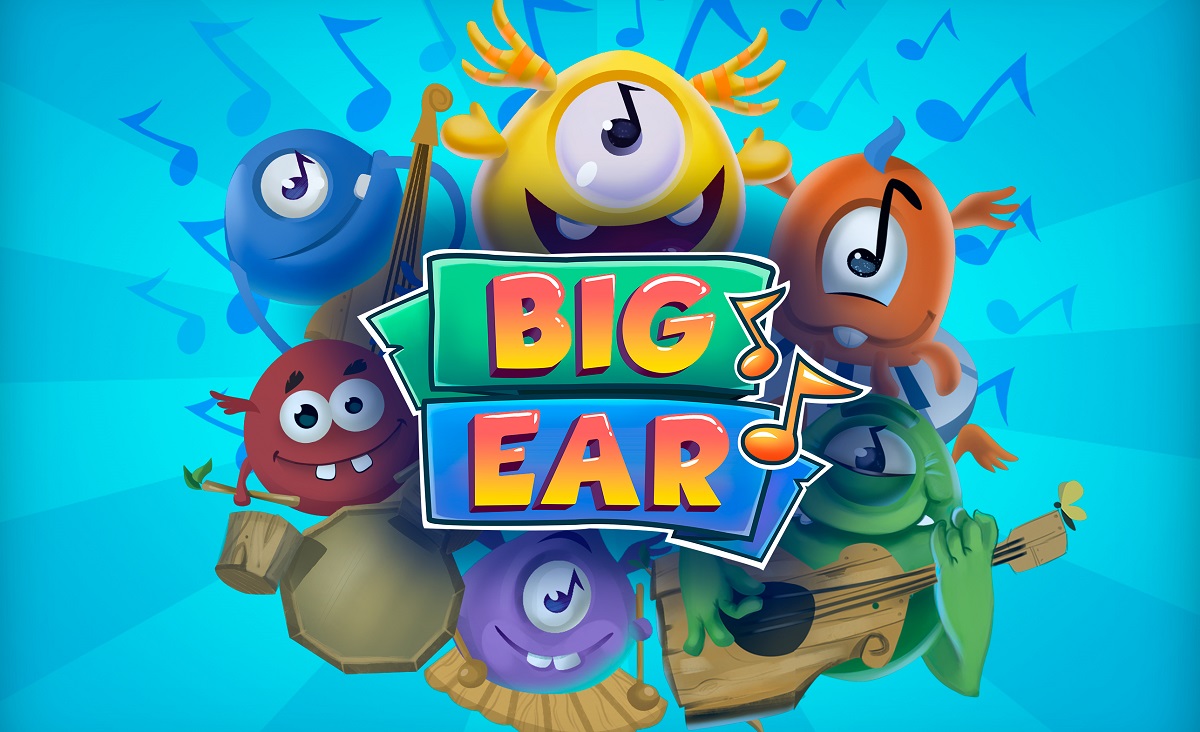 Under the partnership with Lang Lang International Music Foundation, students enrolled in the Keys of Inspiration (KOI) grant program were supposed to use the Big Ear Games app to further enhance their music learning experience in learning to play the piano.

The foundation partners with school districts across the country to implement the program in Title 1 elementary schools. Designed to redefine what music education looks like in American public schools and inspire change from within, KOI weaves rigorous, keyboard-centric, musical instruction into selected Title 1 public schools’ mandatory curriculum––integrating group piano classes for grades 2-5, twice a week.

The idea is to help students build self-confidence, develop a drive for excellence, and cultivate a sense of group and individual achievement. But now the company has had to pivot.

“Adapting is exciting and challenging,” Ben-Yehuda said. “The whole team works from home, which brings us new perspectives, especially now when almost everybody works/learn/teach from home and for us it is a practical matter, as our Big Ear is a fun learning game and we clearly see the opportunity.”

“Luckily, our game has some social features of sharing songs, puzzles and feedback,” Ben-Yehuda added. “But we know now that there is a great potential in adding more educational features that could serve teacher/students communication/collaboration ‘classroom’ and on the other hand consumer-related collaboration like a band room.”

Lang Lang normally plays sold-out concerts covering all continents of the globe. He was designated a United Nations Messenger of Peace with a special focus on global education, and worked as a Goodwill Ambassador for the UN Children’s Fund (UNICEF). He hails from humble beginnings and is committed to creating and participating in charitable activities focused on children through the strategic work done at his foundation.

Ben-Yehuda said so many of us love music, but not as many are actually engaged with music creativity. When people do explore musical creativity, the high rate of drop-outs show that something is missing. This is true both for traditional instruments and computer music.

Big Ear Games believes that “Anyone can make music, anytime and anywhere, and at any level.” Hence, it aims to lower the threshold of engaging with music in a fun and creative way.

The app has more than 10,000 installs. The launch started in Finland, and it is now expanding throughout Europe, China, and the U.S. 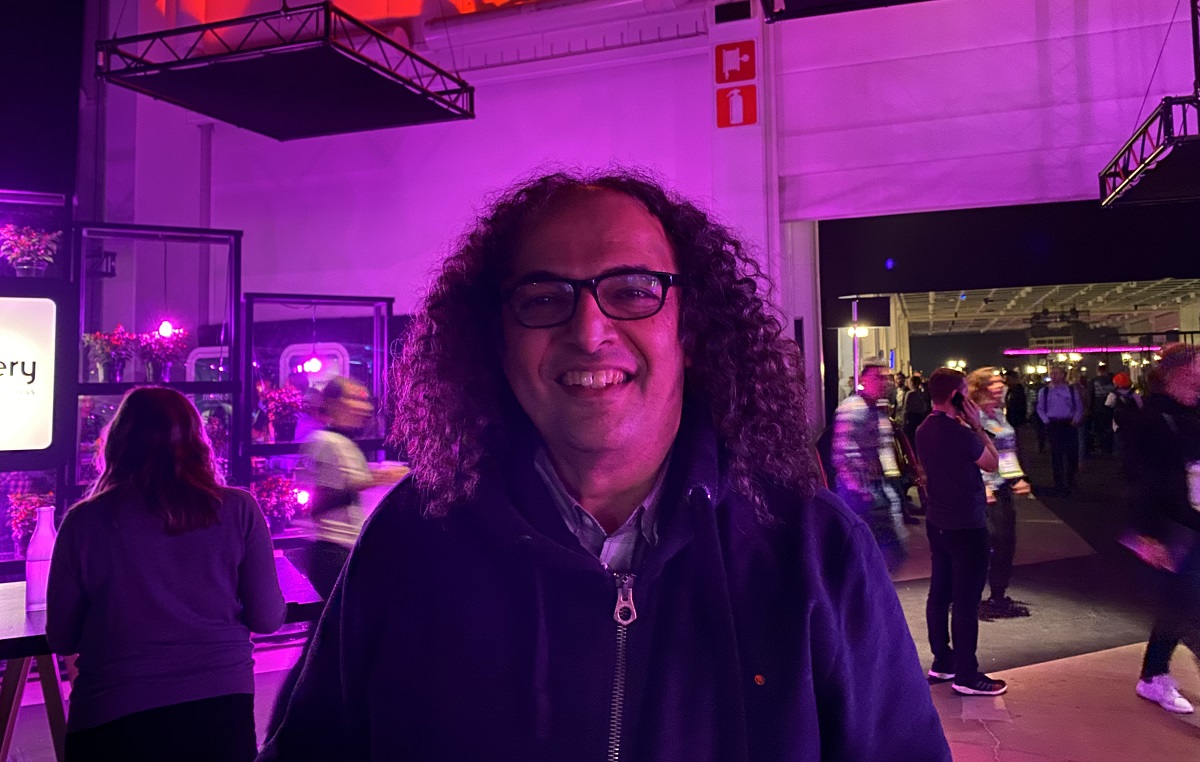 Above: Aviv Ben-Yehuda is CEO of Big Ear Games.

Ben-Yehuda knew the importance of a musical education while growing up in Israel.

“When I was about four years old, I was taken to a violin teacher to start music lessons, but it was a disaster,” he said. “The teacher played the violin for me. But you know the violin can be quite sad. I just cried and cried and went out and decided to leave. But when I was six, I started playing drums. My parents directed me to the piano, but I felt the drums were my thing. They put me in a conservatorium.”

He continued to study music and other things through high school, and he decided he wanted to be a doctor. He went to medical school and became a doctor. But then he dropped everything to do music again. He switched fields and became a music teacher.

After 20 years of teaching, he was inspired to create Big Ear Games. He decided to use his knowledge, skills, and passion to create something that would bring fun music education all over the world. While music teachers serve serious students well, they don’t necessarily succeed in getting enough students interested in the first place. It has high hurdles, and could benefit from more simplicity, Ben-Yehuda believed.

“I thought that we had to try to make music a bit more available to people in general because so many people think that they can’t play an instrument,” Ben-Yehuda said. “Today you have computers to make music. You have apps to make music like GarageBand from Apple, but they don’t give you the cues, how to do it right. These are great tools, but they miss something. And that’s where we thought of making something that can make people understand how music works. We want to encourage them to play around with it and to try out things and to compose it.”

In 2017, Ben-Yehuda started his company with support from the Finnish government. He found coders to help implement the ideas. They found backers like Peter Vesterbacka, former marketing chief for Angry Birds maker Rovio. They created an app that was kind of a puzzle game and platform game put together, where users had to solve puzzles to progress. The team has four members.

“When we took it to the schools here in Helsinki to just test with kids, we knew that the kids were gamers already, or mobile gamers at least,” he said. “We went there and we saw the feedback was great. Not only from the kids but also from the teachers who said it’s was a very creative thing.”

With the app, you can listen to popular songs, based on genres that you like such as rap or rock. Then you use the app to build simplified versions of them. You can get one part of the song down and then you can unlock other parts of the game to proceed. So you can learn about music. The game comes with cute characters who teach you the different parts, like bass guitars or drumming.

“You can interact with it in a very simple way,” he said. “So you can mute or unmute instruments in a song. You can hear different combinations. You can hear only the drummer with the lead guitar or whatever.”

If you make a mistake, the character will get you to go back and try it again. Once you complete the different modes, you can unlock the composer mode, which is like a simplified GarageBand.

“You can go in there, create your own version of the song, and change whatever you want,” Ben-Yehuda said. “Maybe you want to change an instrument you don’t like the lead guitar, you can put a piano in there with a few clicks. You can do that with a popular song, or do it on your own from scratch. In this way, it is like user-generated content, like in Minecraft.”

Then you can share it. The good thing is that most of this can be consumed on a mobile device and shared digitally.

“You don’t have to have the instrument with you,” Ben-Yehuda said. “It’s more based on computer music or sequencer. Even our puzzles are actually like a sequence.”