Razer has upped the ante a considerable amount in 2019 and continues to push into spaces that are seemingly unexplored by mainstream gaming peripheral giants. While other companies have caught on, it seems that Razer is keen on leading the charge—that much is apparent with the Huntsman TE.

Something has shifted in Razer’s design language. When we unboxed the Huntsman TE keyboard for the first time, we were surprised to see that the packaging was louder than the product. Traditionally, Razer products boast a bit more of a “gamery” aesthetic. This isn’t the case with the Huntsman TE. Instead, Razer has gone with a minimalistic approach to the newest board. The matte black finish paired with a light-handed gloss logo above the arrow keys makes for a less cluttered and distortionless design, which fits with who this board is geared toward. 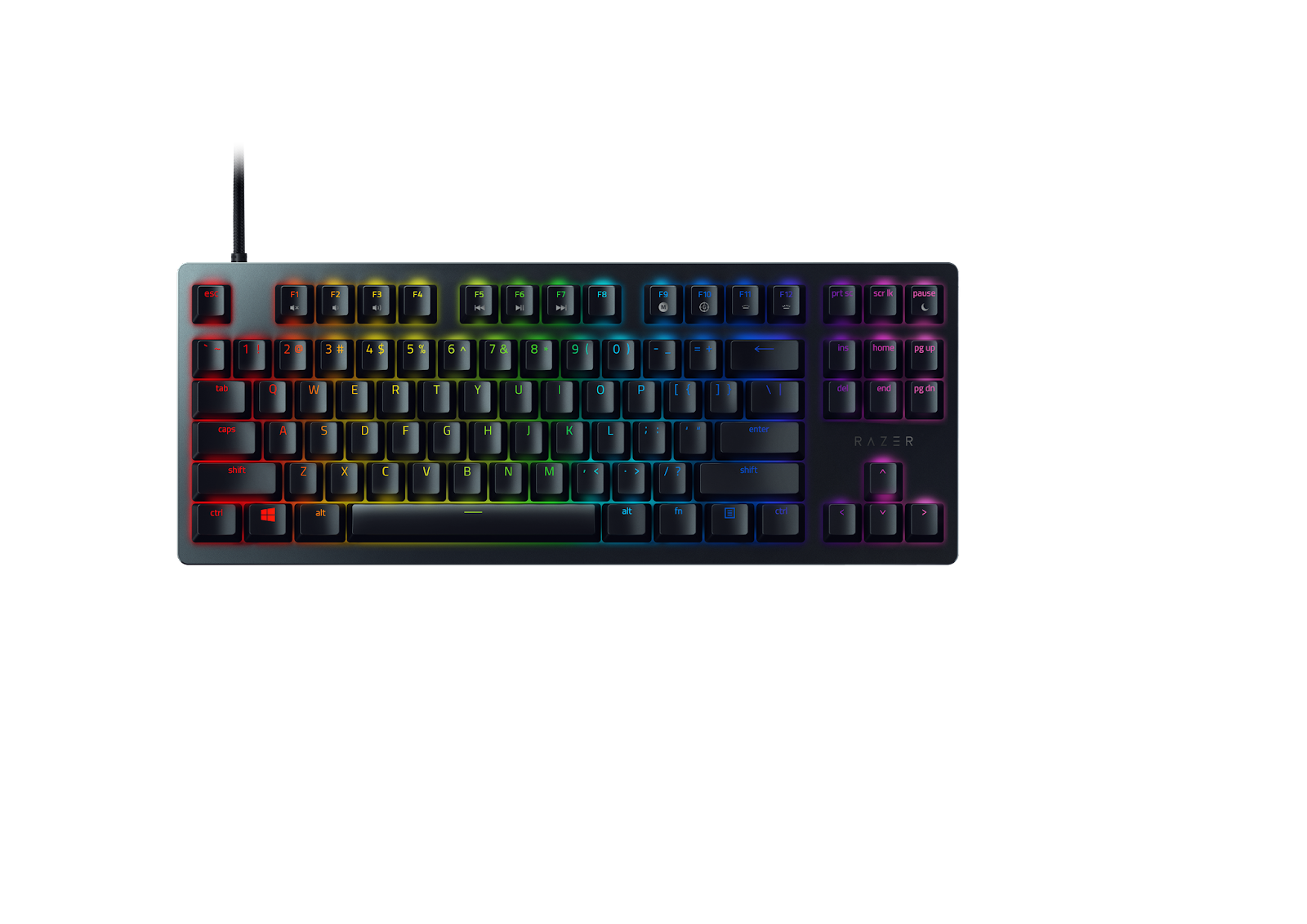 Unlike the Logitech G Pro X keyboard, there’s no wasted space on the Huntsman TE. Both boards are aimed at competitive players who have to live an on-the-go gaming lifestyle. While both boards are compact, the fact that there’s no dead space at the top of the Huntsman TE is a nice touch. This is obviously not a deal-breaker for the Pro X but it’s something to consider when choosing which board better suits your needs since the two are in close competition to each other, despite the Pro X having the bonus of a hot-swappable PCB.

Another design choice that needs to be highlighted is the standard bottom row of keys. This is a massive deal for gamers who crave a bit more customization. As the lines between enthusiast and gaming keyboards continue to blur, this is a feature that heavily appeals to those obsessed with keeping their setup on-theme.