New Releases takes a look at the top new games launching each week, and yes, there’s more than just Final Fantasy 7 Remake on the horizon. You can revisit some other beloved games with Slime Rancher: Deluxe Edition and Galaxy of Pen & Paper +1 Edition. Meanwhile, Disaster Report 4: Summer Memories is finally arriving after a long, tough development cycle, and Convoy: A Tactical Roguelike gets its console release.

Available on: PS4, Xbox One

Like the name states, this first-person game is all about raising and wrangling little alien slimes. There have been lots of content updates since its 2016 debut too. This version includes the base game, Secret Style and Fashion Playset DLC packs, Slimepedia booklet, and a code for the soundtrack.

Disaster Report 4 was initially canceled after the 2011 earthquakes and tsunamis in Japan, and understandably so. Nearly a decade later, it’s finally launching, letting you create a custom character and try to escape a city that’s being torn apart. You’ll meet other survivors and make choices about how to use your resources and choose a path through the crumbling buildings. The PS4 version lets you survive in virtual reality via PSVR as well.

Available on: PS4, Xbox One, Switch

Convoy is like a playable Mad Max: Fury Road chase. As your vehicles rumble through the desert, you’ll have to strategically maneuver them around the convoy to best fight oncoming enemies. Those units are all customizable too, letting you equip various weapons and special abilities.

Available on: Xbox One, Switch

Galaxy of Pen & Paper gets pretty meta with its tabletop role-playing. You pick a game master and a cast of characters, who then sit down at a table as their battles play out in the background. The +1 Edition includes new characters and classes to choose from, more quests to complete, and more additional goodies.

The long-anticipated remake is also coming this month–well, part of it. This particular release only tells Cloud’s story through the Midgar story arc, but Square Enix says the side quests and other content still makes the game size comparable to that of other mainline Final Fantasy titles. Combat in the remake has also been reimagined. It plays out in real time, but when your ATB gauge fills, you can pause the action to select items, cast magic, and pull off special attacks.

April has plenty more video games to come, and there are more titles that might not be on your radar right now. Next week, New Releases will highlight some lesser known upcoming games like Someday You’ll Return and Save Your Nuts. 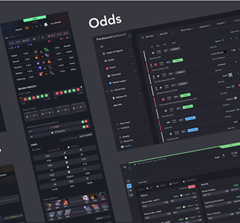 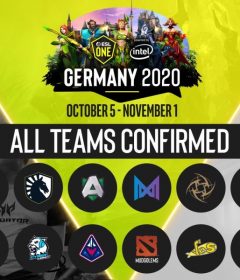