Pokemon Go developer Niantic has had to cancel a number of this month’s events due to the ongoing COVID-19 pandemic, but the Psychic Spectacular is going on as planned. The event is now underway, and it makes it easier to find Psychic Pokemon–and a new Shiny–for a limited time.

Until 10 PM local time on March 30, Psychic-type monsters such as Wobbuffet, Girafarig, Bronzor, and others will appear more frequently in the wild. You’ll also have your first chance to find a Shiny Baltoy, as well as two new Gen 5 Psychic Pokemon: Solosis and Gothita. The former will be more common during the day, while the latter will appear at night.

In addition to the increased wild spawn rates, you’ll be able to get special event-related Field Research tasks from PokeStops. You’re also more likely to hatch the following Psychic Pokemon from 2 km eggs throughout the event:

In other Pokemon Go news, Niantic is soon rolling out a handy new feature for the game called Today View. This tab will be located in the same menu as your Field Research and Special Research tasks, and it will display ongoing and upcoming in-game events and personal stats such as your daily streaks, making it easier to keep track of everything that’s happening in the game.

Landorus, the third and final member of the Forces of Nature trio, is also coming to the game soon. The Legendary Pokemon is slated to invade Raids beginning March 31, although it remains to be seen if the COVID-19 pandemic will affect Niantic’s plans. Another Legendary, Lugia, was supposed to return to the game for a special Raid event earlier this month, but Niantic had to cancel that. Instead, Cobalion will remain in the game a little longer as a Go Battle League reward. 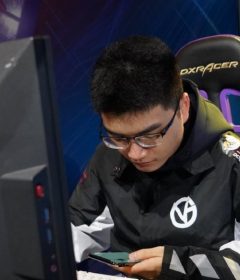