Gamevice, the company behind a variety of controller solutions for iPhones, iPads, and other mobile devices, is attempting to sue Nintendo over the Nintendo Switch for a second time.

According to GoNintendo, Gamevice cites similarities between the Nintendo Switch and its own mobile controllers, many of which are also designed around the idea of split controller that connect to your phone or tablet on either side. The Switch’s design is similar, and Gamevice claims it infringes on their own patents in the US. It’s seeking a legal order to prevent the import of Switch consoles from Japan.

This is familiar territory for Nintendo. Gamevice has previously attempted to sue the company for a similar cause, citing infringement on 19 of its patents. The Patent Trial and Appeal Board ruled in favor of Nintendo in that case (a ruling which Gamevice is still appealing), but will now need to preside over a separate case with similar circumstances. If successful, Gamevice could prevent the sale of Nintendo Switch consoles in the US.

That would be disastrous for Nintendo, considering how popular the console is in the West. Right now, it’s still difficult to find Switch stock anywhere (although we can help with that) given how popular its latest exclusive, Animal Crossing: New Horizons, is. It might be a while before anything comes of this legal action, if ever, so don’t panic purchase a Switch just yet. 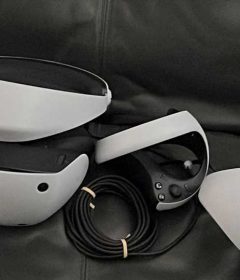